I found a bunch of translation books on Clark near Mont-Royal. There were a lot more books here, but I didn’t have the room. I think they were being thrown out from someone’s office space. I need to get a bike trailer.

I put all the books I did take (and a stapler, figurine, little plate thing, and vintage stuffed animal) in a “free box.” These are new to Montreal this summer. I like them a lot, as it gives me a place to put stuff I don’t necessarily want but I want other people to take.

I found this really cool standing ashtray. I’m sure if it wasn’t pretty busted on the bottom it’d be worth a nice amount of money. As it was though, I stashed it in an alley for someone else to take or me to come back to.

I picked up the little table. It’s in excellent condition and it’s pretty good for use in a small space where you might want to put a lamp or a drink. I’d bet the other stuff (speakers and table) were good based on the way they were put out, but I didn’t really need either. 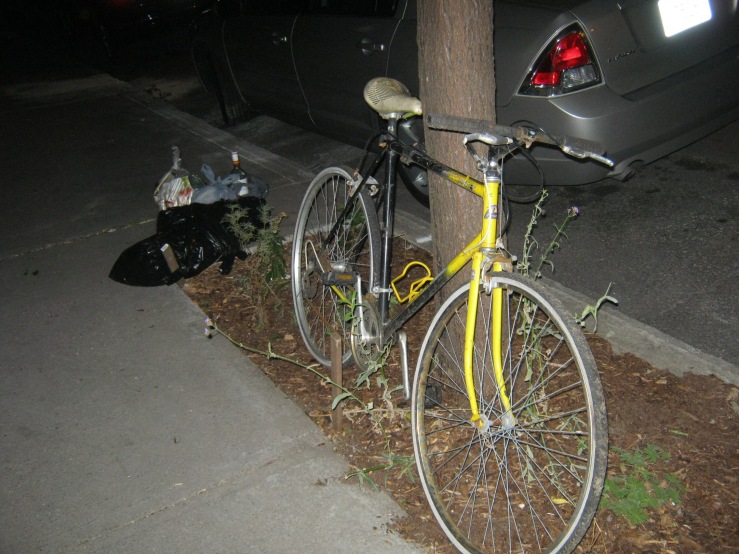 I found this bike unlocked next to some trash bags and wondered if it was garbage or not. Upon closer observation, the tires were both flat (and ancient) at the very least. It was dark so I couldn’t see, but I brought it back with me for a better look tomorrow.

I found these on one of the roads going north between St Laurent and St Denis. The organic olive oil may be off, but the maple syrup is damn tasty (I tasted it already!). Both were unopened when I found them. There’s solid flakes at the bottom, but I figure that this is normal with sugary stuff. That’s a good 20$ worth of maple syrup I reckon, so I’m pretty happy with that alone.

Another day, another little bottle of liquor. From the same spot. This stuff is White Label, but it has little flakes floating in it. Otherwise it looks okay and is unopened. Should I be concerned?

A nice little plate from a likely defunct Montreal restaurant. I’m putting this in our collection. 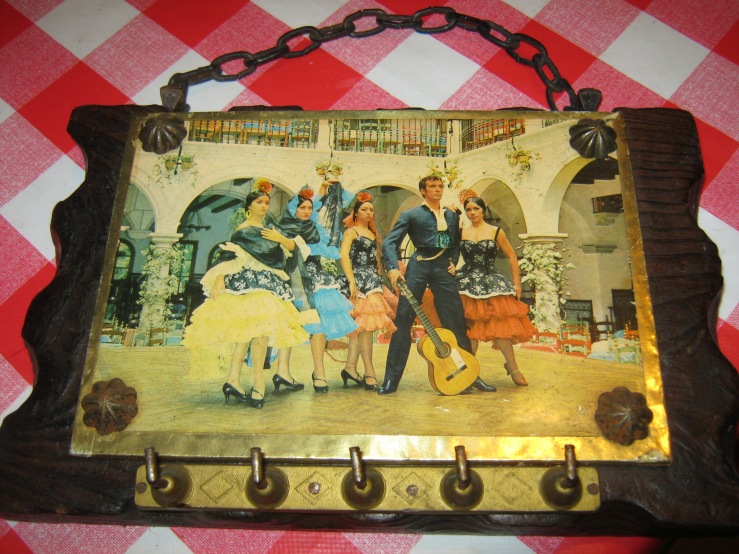 One of the most awesome key holders I’ve ever seen, found with the olive oil and the maple syrup. It’s going up somewhere in my place.

A pack of four matchbooks made for BP (British Petroleum). Back in the day it was a “World respected name in petroleum products and services.” Fair to say that’s taken a hit eh?

An ages old pack of cigarettes. Cigarettes included. Definitely from Eastern Europe, possibly Russia? It’s in really good shape, so maybe it’d be really good as a prop for a movie. Maybe you could smoke them, but they don’t smell so hot.

That’s all for now. There was more small stuff, but I’ll have to get to that later!

8 thoughts on “This evenings finds”