I got out again today and found some decent stuff.

Pretty early on I found these bags of rice in front of a depanneur. The bags are sealed, so I doubt much can go wrong with them. 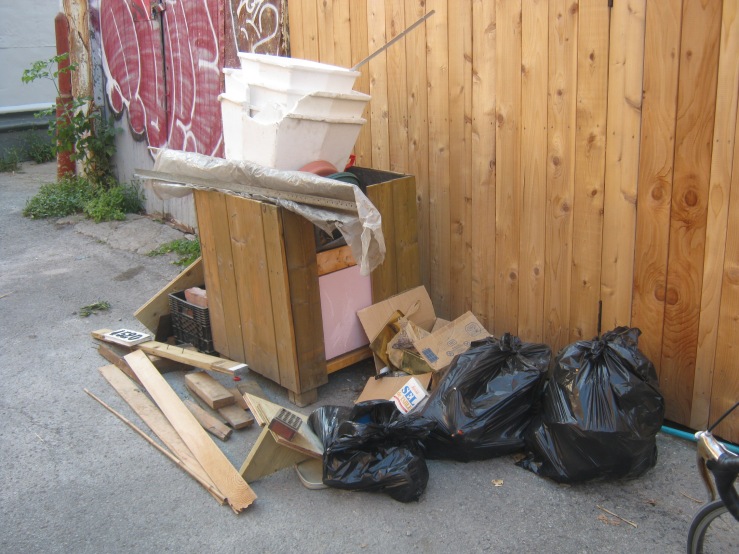 An old kick of the bag revealed that the contents were pretty heavy. I explored further…

The bags were full of hardware. Lots of nails, screws, hinges, and lots of other good stuff that I don’t really recognize. This would cost you a pretty penny at a store, and I took all of it back with me in my backpack.

There was also a box with some decent looking cutlery and other kitchen stuff. I left it on a more populated road for others to scavenge from.

There was a photo album in with all the other stuff. Makes you wonder why it was all thrown out in the first place.

There was a whole bunch of stuff out on Papineau near St-Gregoire. Some of it was kind of gross, but there were a lot of good dishes and a nice big metal pot. I took a few small knives, but left the rest. When I went back later, the big pot was gone and a little chunk was taken out of the dishes, so that’s good.

I found a fair bit of food here. I was rummaging through what seemed like someone’s pantry, and a guy who lived nearby gave me a big can of unopened wasabi peas, which was pretty nice. I haven’t had those for a while, and thought I didn’t like them, but it turns out I do! 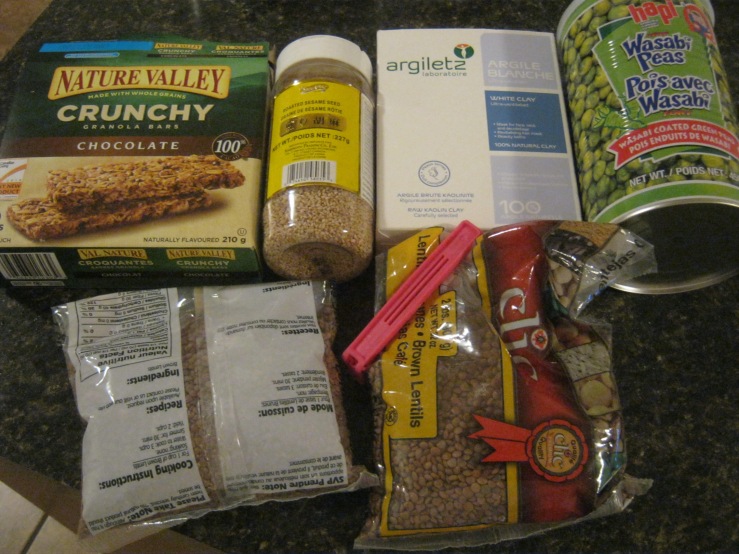 There were three (now only one) granola bars in that box. Sesame seeds taste find (though they expired in 2011). There’s some lentils which seem fine, and the can of wasabi peas. There’s also some face clay stuff, which I’m sure is still good. 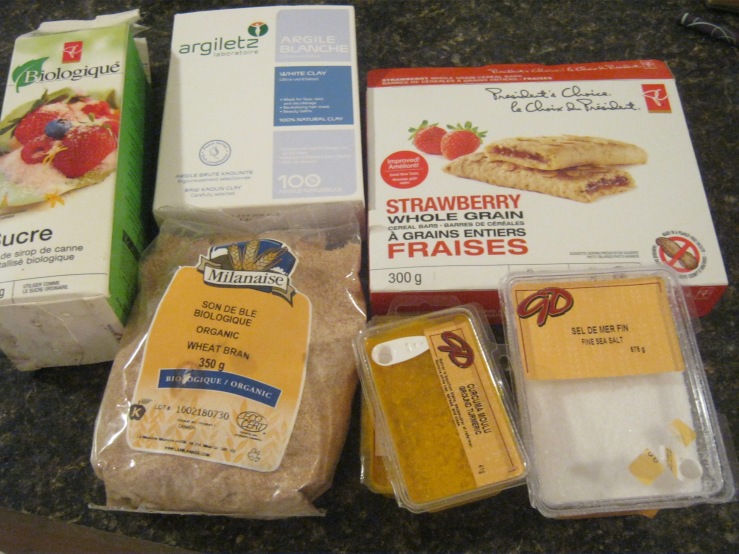 The organic sugar was open but it looks pretty good. There’s also some salt, some tumeric that seems fine, and some sealed organic wheat bran. For some reason I took a picture of the clay stuff twice!

This was in it’s original packaging (marked 34$) and is in like new condition. It’s pretty damn sharp – I know, having cut myself on it preparing this photo. Not sure I’ll use it, but it seems like it might be pretty good so I’ll give it a shot.

All kinds of tea! All of it is in sealed bags (other than the Twinings Earl Grey, which is loose but looks fine), so I’m sure it’s good to go. There are also two catnip sprayer things for cats.

Now I gotta cook some food using this stuff! Maybe after making friends with the neighborhood cats.

3 thoughts on “Food and nails”