On Monday and Tuesday I was busy working the local university move-out day. My picking schedule was pretty laid back compared to last year, when I tried really hard for like a week but only really found noteworthy stuff on the 30th and 1st. This time around I left the early stuff to the local scavengers (of which there are plenty) and focused on the big days.

Even then, I tried not to take it too seriously. I think move-out picking is largely based on luck of the draw, and the great finds either come or they don’t. Move-out day in 2016 was awesome – I saved about 1000$ worth of stuff – and in 2017 I found about 600$. This year I didn’t get nearly as lucky, and I’ll probably make only around 100$ for my efforts.

Still, it was a fun time. Well, Monday wasn’t much fun because the weather was rainy and generally miserable. It was a lot nicer out on Tuesday though, when I walked around with a friend on a beautiful sunny day and dug through various piles of trash. We ended up filling the car mostly with clothes, which we’ll probably sell at my next yard sale, and having conversations with other pickers.

This year the powers that be tried harder to reduce waste on the big day. I talked to a volunteer of the “Trash 2 Treasure” program and apparently they stuffed (at least) two semi trailers full of reusable goods for charity. They either set up appointments with the kids beforehand, or had volunteers pick up the items (mostly furniture and clothes) as they made their way to the curb. It was good to see some progress being made in that regard!

There was still plenty of garbage however. I found a few minor change hauls – no loonies or toonies, but I probably saved around 12-15$ overall. I also found three Euros, an American dollar bill, and…

… a ripped 20! Fortunately I had the useful part, and I was able to deposit it at the bank without any issues. I’ve never found a damaged bill like this before, so that was fun and educational experience. Apparently they’re good as long as you still have the serial numbers on the bottom. 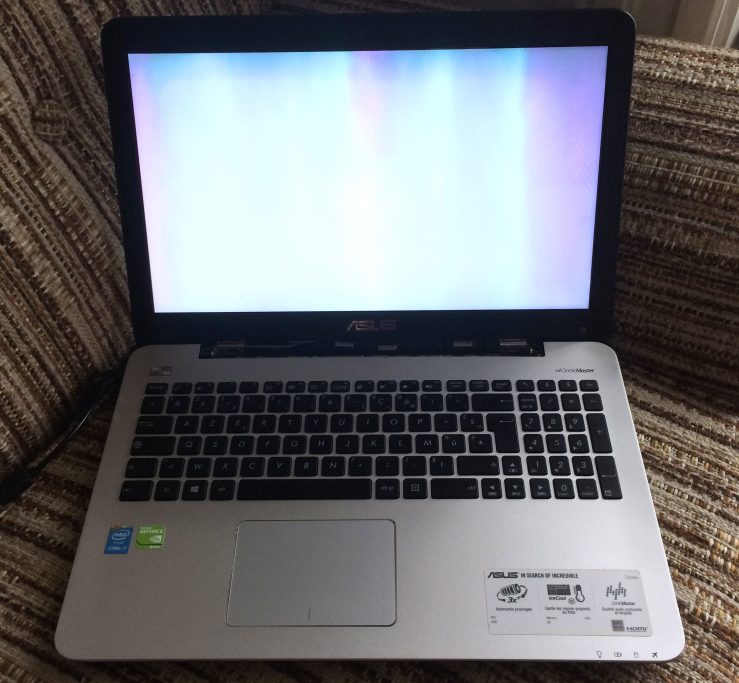 I only found one laptop this year, an Asus slightly better than mine but with a busted screen. It’s not worth too much, but there’s definitely still some useful parts in there (I’m guessing around 40-60$ worth).

I also found a MacBook Air, but the kid ended up reclaiming it when he came back downstairs (he told me his roommate threw it out without him knowing). It was water damaged, but it was probably still worth money for parts. Oh well!

Otherwise, I found a perfectly functional Casio watch (worth about 10$) …

… a Herschel laptop sleeve, which cleaned up nicely and is worth about 20$;

… a small collection of electronic junk (not including a couple calculators and headphones I forgot to include in the pic); 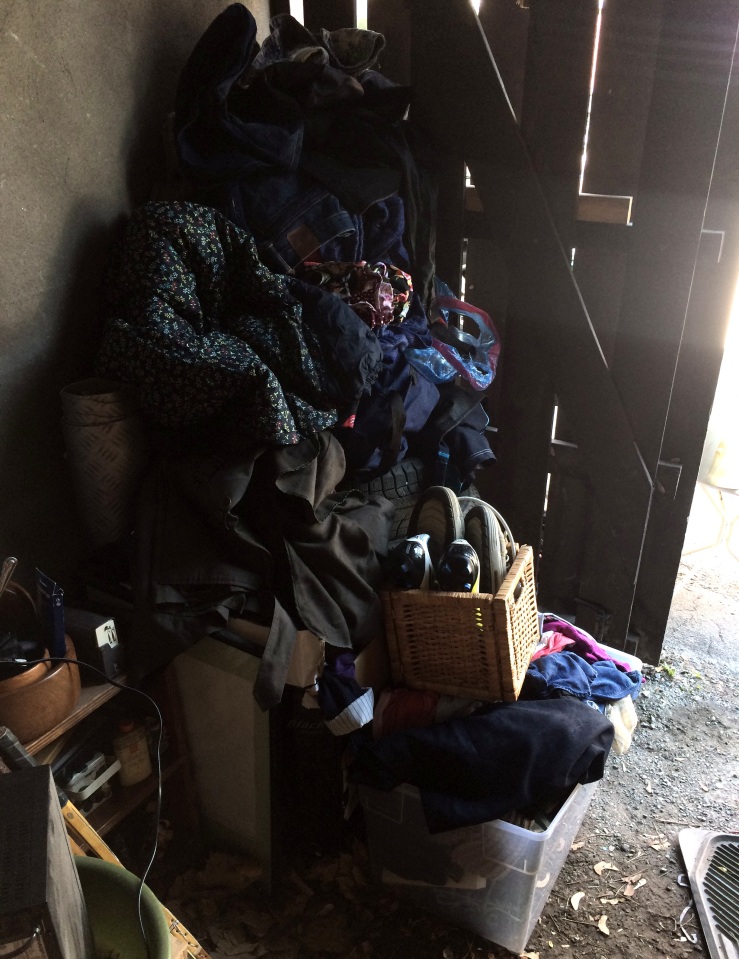 … and a whole bunch of clothes, which my friend and I lovingly piled by the winter tires in my storage. We’re going to wash them using found detergent and sell them at a future sale. There’s nothing super fancy here, but it’s definitely not garbage!

So, I didn’t have the best luck this year. Fortunately, there’s lots of other garbage to pick! I’ve made some quality finds elsewhere, and I’ll show them to you here soon enough.