Here’s a smattering of finds from the summer. This spot produced some cool, often old trash over a couple of months. The house has since gone on the market (as evidenced by a “for sale” sign) so I guess the tossing was an attempt to make the place more attractive to potential buyers. I’ve seen nothing here but food waste for some time now, but perhaps they’ll throw more out at some point.

I found some cool perfumes in the first few weeks. This is a collection of 1/4oz Christian Dior scents, mostly vintage Diorissimo but also a few Dior Dior. The boxes have “not for sale” written on the back so perhaps they were part of a promotion back in the day. I expect these to be of interest to collectors – Dior scents are always desirable, and the boxes and bottles are very beautiful.

I found a few boxes full of O de Lancome samples. These aren’t as collectible as the Dior, but they’re still good for yard sales.

Fidji seems to be a pretty popular scent – I sold a bottle a while back for 75$. These samples should do well.

My favourites though were two packages filled with samples of Sortilège by Le Galion. Le Galion scents are sought-after, and by my estimation these samples are probably worth around 10-15$ each. However, it might make sense to save myself some time by selling them as a lot. Perhaps a store would have interest.

Those first few weeks also produced a bunch of old stamps. From my experience most stamps aren’t worth much, but I’ll be sure to do my research before selling them just in case. They’ve been sitting on a shelf doing nothing since I found them, but maybe I’ll make time to do that now that it’s cold out.

This old stamp book was very old but water damaged and mostly empty. I sold it to one of my regular yard sale buyers for a dollar.

This old Daignault & Rolland baseball glove was a fun find. It’s in great condition, and I’d guess that it was made sometime between the 30s and 50s. I think it’ll sell for around 50-70$.

This Balinese face thingy originally cost 54$. One of the ears has broken off, but that would be easy enough to fix. 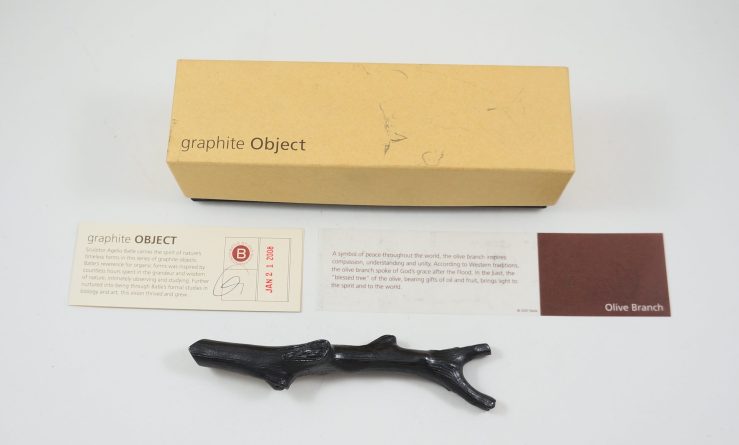 This olive branch “graphite object” (basically, fancy pencil) by sculptor Agelio Batle is kind of neat. I just got around to listing it recently; it’s worth about 30$. 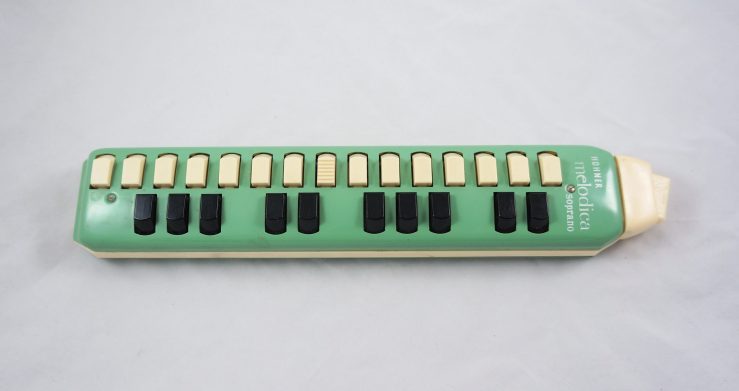 This Hohner Melodica had a slightly busted mouthpiece, but I was still able to sell it for 10$ at a yard sale.

If you hate needles this find might not be for you. I feel like I’ve seen similar syringes in movies, particularly in scenes where children are scared by doctors or dentists. It’s in pristine condition, and might be worth around 40-60$.

Cute midcentury lemon side table, signed Joyce Miller 1968. Got a few dings but nothing too bad, might be able to touch them up a bit. #midcentury #vintagetable #lemon #1960s #lemontable

Instagram went crazy for this vintage mid-century lemon side table. It was pretty cute, but overall it had too many dings to sell for a massive profit. In the end I gave it to a friend for a token sum.

There’s a lot more to share from this spot, but it’ll have to wait for another post!

I didn’t find much of anything last week, but I did save a cool vintage electronic piece last night. I’ll share that here sometime soon. The weather this week is going to be funny to say the least, with lots of rain as well as snow in the forecast, but if things aren’t too messy out there I’ll go on some runs regardless.

Christmas is coming up, so check out my various listings (links below) to see if there’s anything that might make a good gift! I can give better deals as well, particularly if you’re a local buyer who can pick up. Just email me first, at thingsifindinthegarbage@gmail.com or on Facebook. Unfortunately, with only four business days before Christmas (maybe a couple extra, if your mail service works weekends) it’s doubtful a package would arrive in time going to the States or out west (ie: anywhere past Toronto), but if you’re not far from Montreal a theoretical package should arrive by the end of the week.