A few weeks ago I mentioned a nice old Grundig radio I found on the curb in a nice part of town. I figured it was a one-off find, maybe someone deciding they didn’t want it taking up room in their garage or basement anymore.

However, to my surprise I spotted another beautiful radio while passing by the same house on my route last night. This one might be even better, depending on your personal taste of course.

It’s a old Philips radio that I guess would have been made in the 30s or 40s. It mostly made of wood and is finished with a nice veneer. The top is a bit scratched but overall it’s in great condition for its age.

The front dial is a bit of a linguistic mess, including phrases written in French, Dutch, and occasionally English. From what I can tell it plays FM, shortwave, and longwave, though I’m not exactly sure what the acronyms mean here. The absence of AM seems a bit odd.

The audio is terrific. As you’d expect the sound has that old-timey warmth to it. 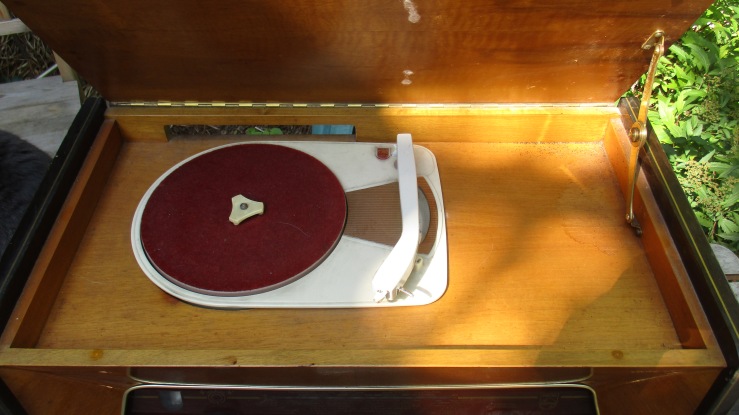 The top also opens up to reveal a record player. It seems to be a bit finicky – you have to hold down the speed indicator for it to spin – but that’s something that’s probably easy enough to fix.

There are a few other issues. The FM tuning mostly works, but seems to miss out on the lower or higher stations. The shortwave and longwave tuners won’t go past the bottom 1/3 of range.

Regardless, it’s a beautiful and potentially valuable radio. Check out some of the prices realized by other old Philips tube radios. It might be worth putting a bit of money into to get it into top condition. I can’t figure out the exact model, so if anyone recognizes it let me know in the comments!

I’ll definitely keep an eye on this place to see if any more awesome radios appear! 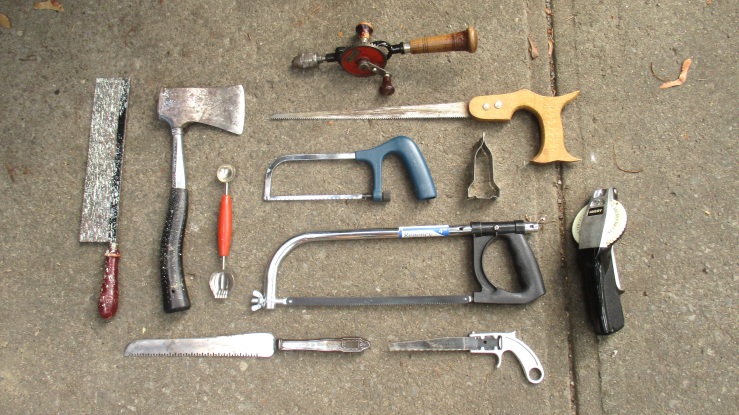 Otherwise, I’ll show you a few other recent finds. I found some old tools in NDG; ….

… including a cool old metabo drill; 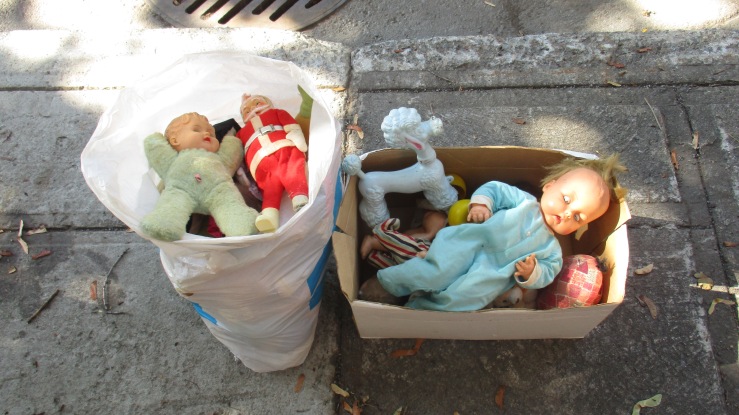 … a collection of “distressed” vintage dolls in Montreal West (which I left on the curb in front of my house for others to potentially save);

… a giant mirror that wouldn’t fit in the car in Mount Royal;

… a less giant mirror that did fit into the car from the same spot; 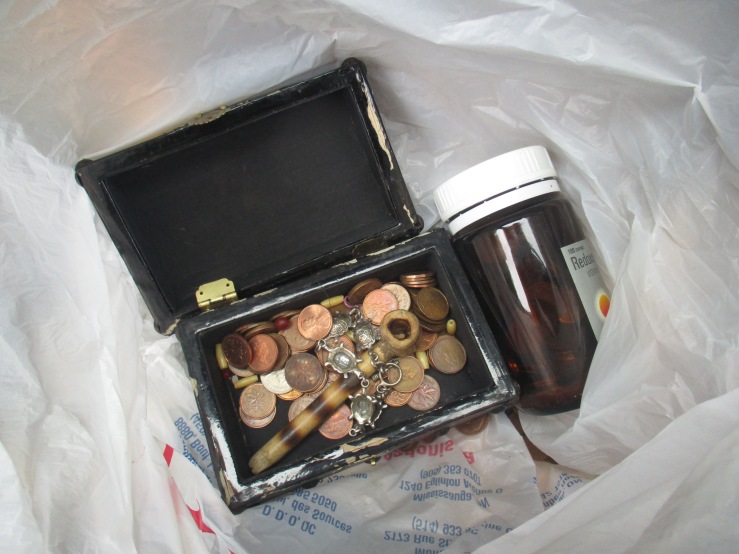 … and a shopping bag full of change (the glass jar is also filled with foreign coins) and a silver turtle bracelet in Mount Royal.