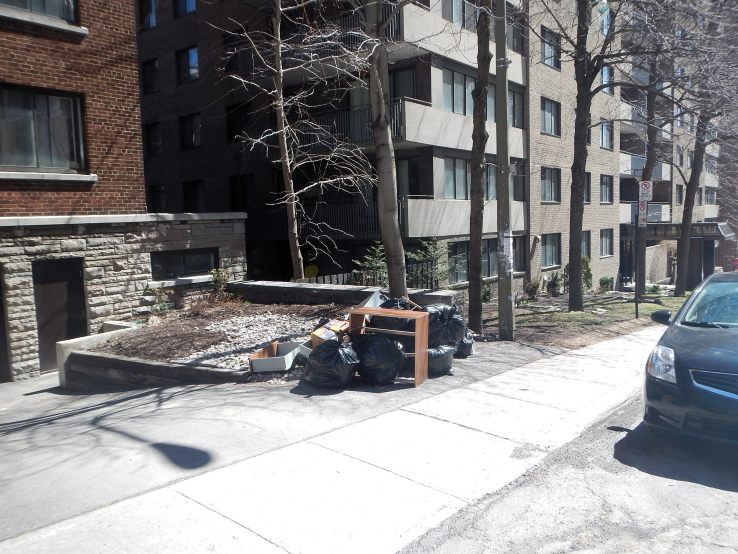 I finished the temp job yesterday. I made good money, enough so that I shouldn’t have to worry about my finances for the rest of the summer, but I’m happy to be returning to my normal life. My garbage hunting has been limited to checking out my current “can’t miss” producer locations.

I went back to where I found the Nazi passport but found nothing more. However, when I last posted I hadn’t actually had time to fully look through all the bags. A thorough inspection revealed a few more notable items.

At the top is a really cool pin made for the 1928 Turnfest in Germany. I can’t seem to figure out exactly what a Turnfest is, let me know if you do! One similar to it sold for 25$ on Ebay, though if I set a price (as opposed to going with an auction) I could get more for it. At bottom are two coins or medallions that were given at some kind of sporting event in 1934. One was given for the Weitsprung (long jump) and the other for the 100m lauf (100m dash). They look to be at least silver plate though they could possibly be sterling as well.

This watch is a wind-up and seems to still run perfectly fine. 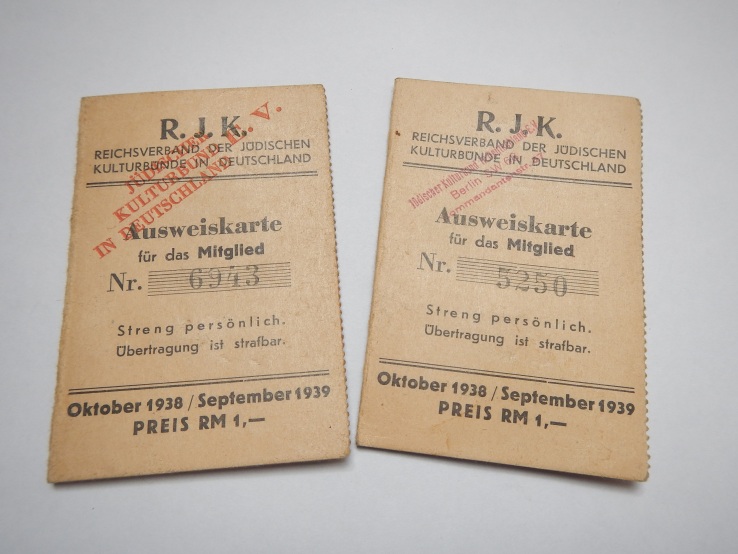 I’m not sure the exact history of these cards but they’re certainly interesting. One of my room-mates translated them which was quite helpful. They were issued by the Reichsverband der Judischen Kulturbunde in Deutscheland (somethjing like the National Jewish Culture Association of Germany in English) and would have been used in conjunction with a ticket to access certain cultural events like concerts, theatre, films, lectures and so on. They were issued for the year starting in October 1938. 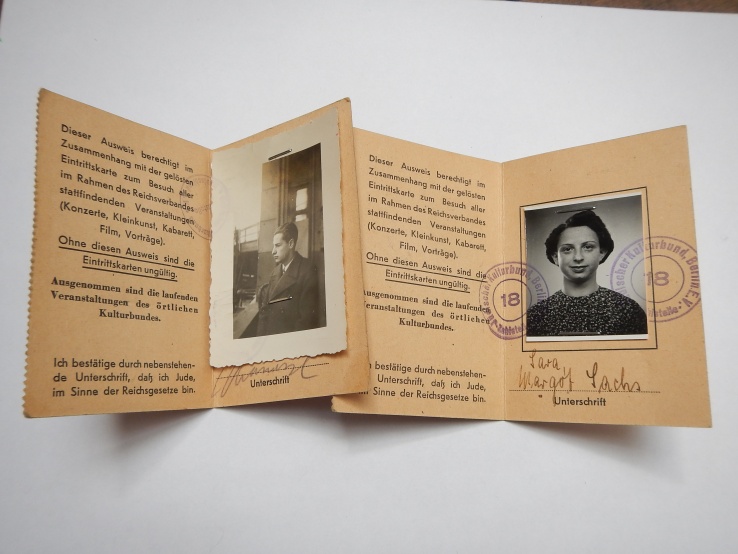 The bottom says: “I confirm through the accompanying signature that I am Jewish in accordance with Reich law.” By 1938 the persecution and segregation of the Jews was fairly intense and I’d guess these cards may have been a requirement for Jewish people wishing to attend Jewish events. I’d like to find out more, so again if you have any knowledge of the history here let us know.

This tiny old Hebrew book, bound in leather was also a nice find.

I had a friend who reads Hebrew tell me what it was all about. It apparently features a collection of prayers for the year 1824 and was published somewhere in Germany. It’s one of the oldest books I’ve ever found and it’s still in excellent condition. 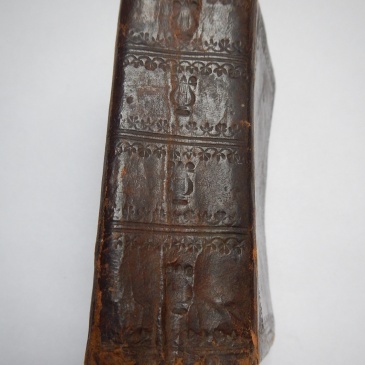 There was lots of old travel-related ephemera which included many 1970s-era pamphlets. There was also the remains of a ticket to Disneyland that looks to be from the 1950s.

A person apparently visited a “freak show” as a child in the 1950s and got the signatures of various performers. On the left is man with no legs. There’s a signature on the back (see below) I can’t make out what it says. In the middle is Ray Johnson, a very tall man who stood at 8’1″. “Sealo” at right is the most famous and the only one with his own wikipedia page. He was born with a condition called phocomelia which caused him to have seal-like arms. He worked in freak shows for 35 years. It’s crazy to think freak shows were once such a big part of our culture, or that someone went their whole life by a name like Sealo.

On the back he wrote: “Compliments of Sealo Belmont Park 1959 – To Pretty Jane wishing you the best and always remain as you are just a swell girl.”

There are collectors for this kind of stuff (as there are for almost anything). This autographed Sealo picture sold for around 70$ on Ebay while a Ray Johnson sold at auction for 17$. As a lot these should go for a decent sum. Any help reading the first man’s signature would be appreciated.

With the other signatures was this signed photo of Marlene Dietrich, a German actress famous in the early days of cinema. The Nazis at one point offered her lots of money to do films for the party but she refused and spent the war years as a prominent anti-Nazi. There’s definitely a market for this as well. 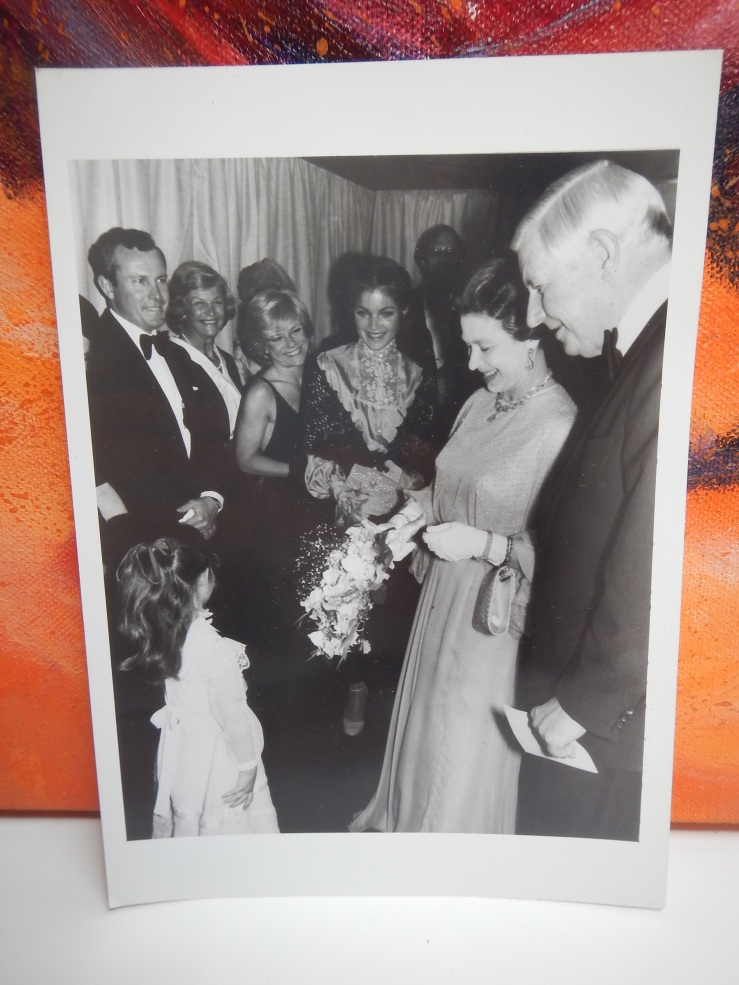 This photo looks to feature Queen Elizabeth II and Prince Philip. I don’t think it’s particularly old despite being black and white as the photo paper is fairly modern. I have another picture from the same event but it’s a bit blurry.

There’s still plenty to go through from the things I found that day, most notably a collection of war-time letters, telegrams, and various pre-war Nazi government documents that need to be translated. It’s fortunate that two of my room-mates are pretty good at German! I’ll let you know if anything particular interesting comes up.

I continue to find interesting things at this spot near Westmount. I made sure to check it out even when I was really busy.

Inside an average black bag were these 1950s-era toy appliances. The washing machine take a battery, to do what with I’m not sure. The refrigerator could be fun for storage baubles in. I think these are collectible but I have some more research to do.

Here’s some old themed view-master slides. The packages contain little booklets and sometimes even a coin and stamp (in the case of Switzerland). They’re not worth that much, maybe 5-10$ a piece but they’re still pretty cool.

I found this collection of foreign coins inside a clear ziplock bag. None are particularly exciting but I’ll add them to my collection. Some kid will like looking through it at a future yard sale. 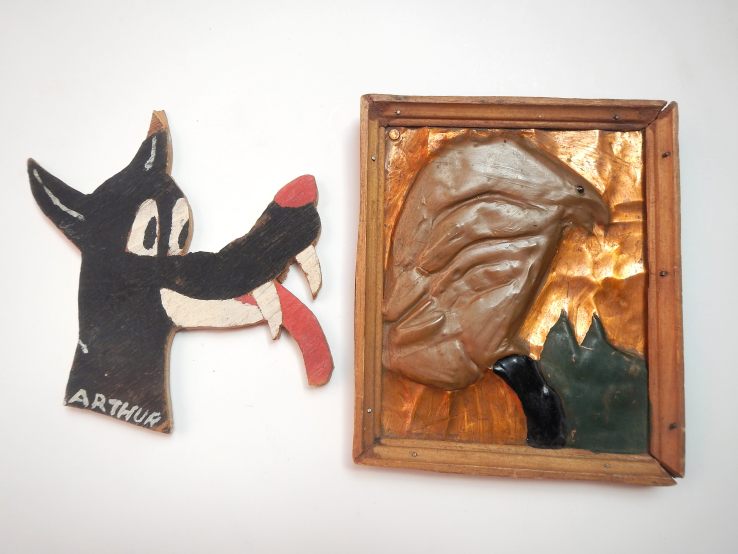 I love folk art. These were both made by a young boy named Arthur in the 1950s. I think I’ll keep the bird on the right and put the other in the yard sale.

I’m not sure what these things are. The bottom looks kind of like a candle snuffer, perhaps for a menorah? At the top right is a odd contraption marked as being made in Israel. At top left is a piece that looks like it should fit on the bottom. 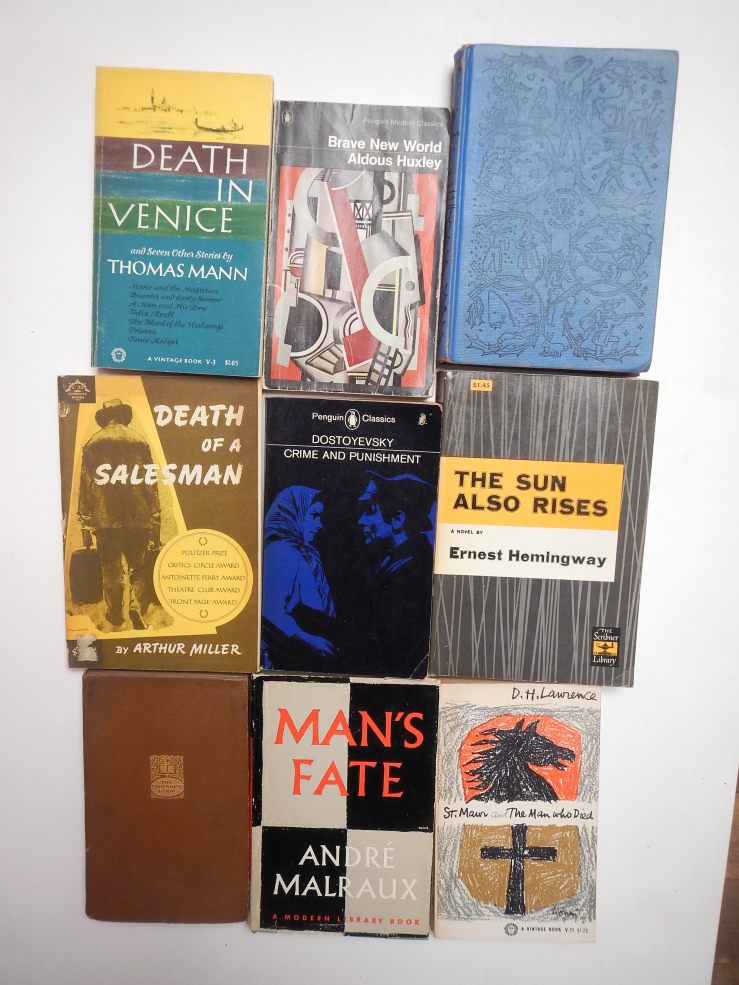 I’ve found a lot of books here but recently the titles are getting a bit more recognizable (and thus sell-able). The blue book at the top is Mark Twain’s “Adventures of Tom Sawyer” while the brown at the bottom is “Gulliver’s Travels.” A small amount of books are thrown out week-to-week which I find a bit odd. Below are some kids books and a few 1950s electronics magazines. 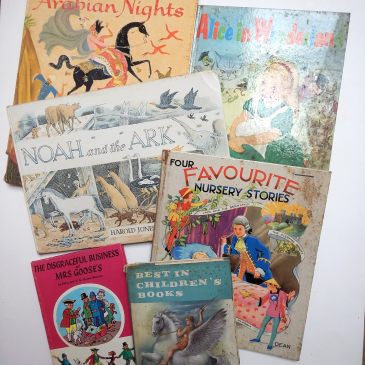 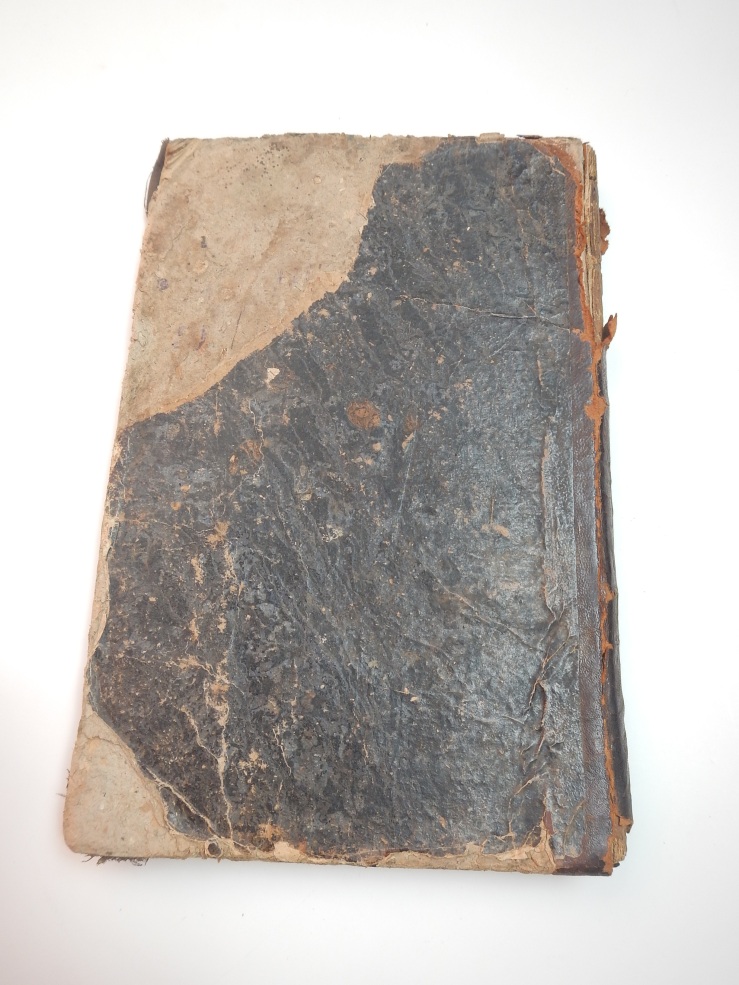 I’ve been finding a lot of Judaica recently. I haven’t had any translation help with this old book but it seems to have been published in 1872 and features a bit of Cyrillic script.

I also found a collection of Hebrew letters from the early 1900s. There could be some interesting history here, maybe I’ll see if someone can look at them.

Last but not least is this old Underwood typewriter. It comes in its original carrying case which you can see sitting at the top of the pile in the first picture. It’s in great cosmetic condition and works perfectly fine. I’ll probably put it on CL for 40 or 50$.

This weekend I’ll be having a yard sale at my place in the Mile End. Send me an email at thingsifindinthegarbage@gmail.com if you’re interested in coming.

Next week I return to my usual job as a full-time trash picker. As usual I’ll keep you posted on my finds!