Moving day has come and gone. My room-mate and I look a long bike ride passing through many different neighbourhoods including the Plateau, the McGill Ghetto, Centre-Sud, Hochelaga and Rosemont. There was tonnes of stuff out on the streets but we didn’t really find much to take. Regardless, it was a fun ride and I got to see a lot of the city.

July 1st is certainly an interesting day but not one that I, as a sort of garbage archaeologist, thrive on. I think it has a lot of appeal to the casual picker, the one who wants to furnish their house or find some cool knick-knacks, some clothes to wear, books to read, records to listen to, and so on. It also has a lot of appeal to professional pickers as well; there’s lots of scrap metal to be salvaged, vintage furniture to be fixed up (like the above), and so on. I’m sure there are treasures to be found too, but I think those tend to come pretty randomly. July 1st, from what I can see, is a moving day mostly for younger, lower to middle class people who haven’t committed to a fixed address.

My concept of July 1 might be representative of the places I went. It’s hard to tell what I might have found in NDG, for example, or if as many people would have been moving. It’s definitely far, but my impromptu tour across Montreal ended up being pretty long as well. It was definitely a learning process for me being my first July 1st trash pick. Maybe next year I’ll go out of my way to explore richer neighbourhoods, but I might just stick to the places closest to home.

I think after the “summer of trash” concludes I’ll try to learn a bit about fixing electronics. It’d be a useful skill that goes along well with garbage picking. For instance, I have a big flatscreen monitor in my room that sells for around 40$ not working on Ebay. However, in working condition it sells for close to 200$. Definitely some money to be made there. 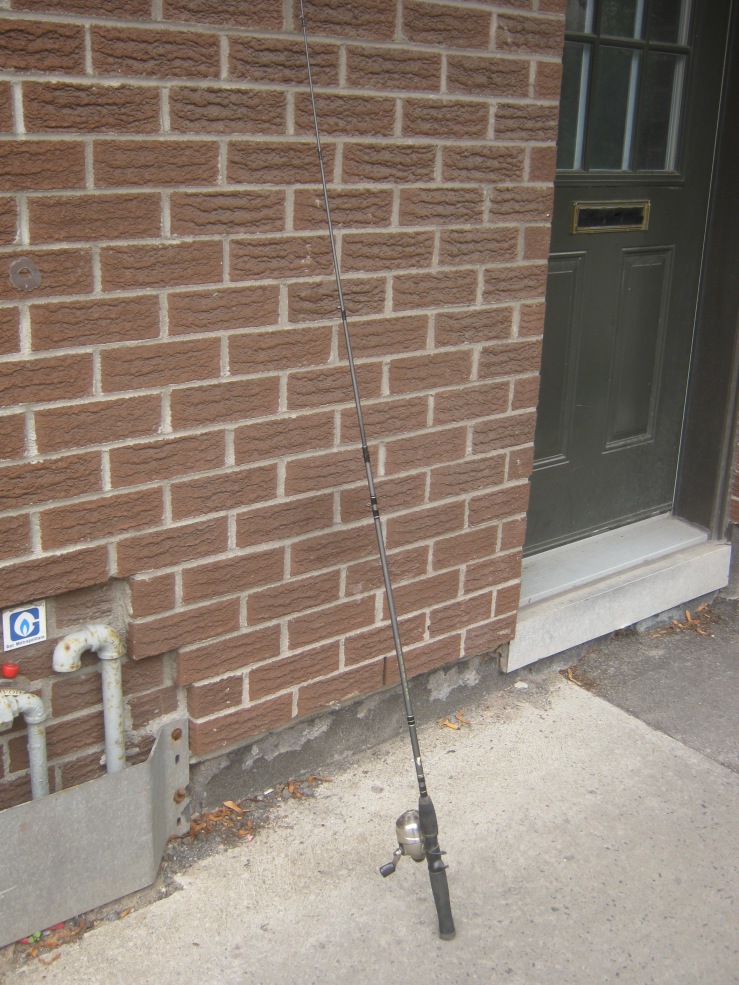 I went out this morning to Villeray but didn’t find too much. Now that people have moved into their new homes I see a lot of empty boxes out on the curb, which is sort of annoying when you generally keep your eyes open for big piles of stuff.

The only thing I brought home was this fishing rod (by Shakespeare, the company not William). It seems to be in fine shape but I don’t know jack about fishing. When my room-mate comes home I’ll ask him what he thinks of it, he has a lot more fishing experience than I do.

I dusted off the hanging lamp from yesterday and found a patent date – 1929. I knew it was vintage but didn’t really think of it as being that old! It was made by a S.R.L. Co. out of New York but I couldn’t find any reference to them on Google.

I’m going to do my usual Plateau run later this afternoon but I’m looking forward to a day of rest tomorrow!

13 thoughts on “The day after”