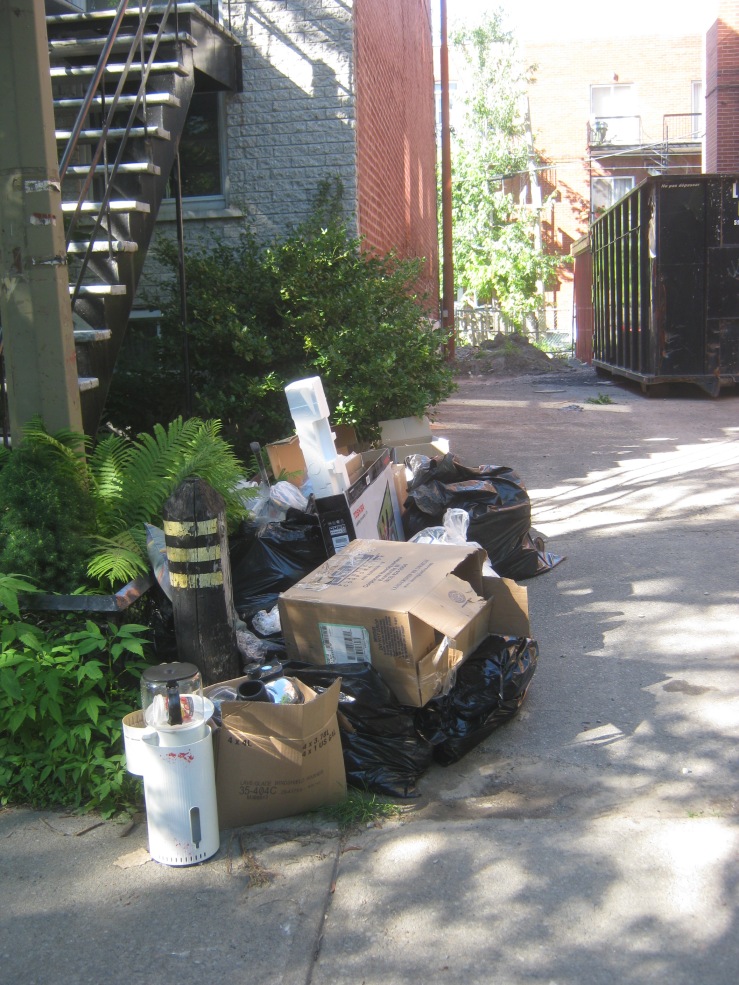 Moving day (known as Canada Day in the rest of the country) is here! For all you non-Montrealers, a disproportionate amount of people move for July in Quebec because of a law passed years ago that made most leases expire on July 1st. All that moving means that there’s a lot of trash out on the streets, even in areas not scheduled for garbage collection.

Much of the trash is composed of household items, clothes, and furniture. That being said, I’m not super interested in these things. I’m more interested in the archaeological element of garbage at this point, and there’s not really that much more in the way of old things to be found on moving day.

The prevalence of trash and the well-reported nature of the day (there’s even an article about it in the Wall Street Journal) means increased competition as well. I saw a lot of other pickers out on my morning run, including one old couple walking together with a little cart. Today is perfect for the “amateur” to make a few good finds.

In short, while moving day is fun I’m keeping my expectations tempered.

I think I’ve captured in a few images the average moving day “pile.” Above is the “we took mostly everything.” It often includes kitchen appliances and dishes, whatever half-open food was in the fridge or pantry (and occasionally unopened tins), and kitchen / bathroom waste (including half-finished shampoo). I usually make a point to take or set out cans of food but otherwise this pile isn’t very exciting.

This is “what won’t fit in the truck.” Alternately it’s just stuff that wasn’t worth moving. Here there were some tires, a big old TV (which someone seems to have gutted for copper), some scrap wood and an orange armchair. The armchair wasn’t in perfect shape but I still thought it was nice. 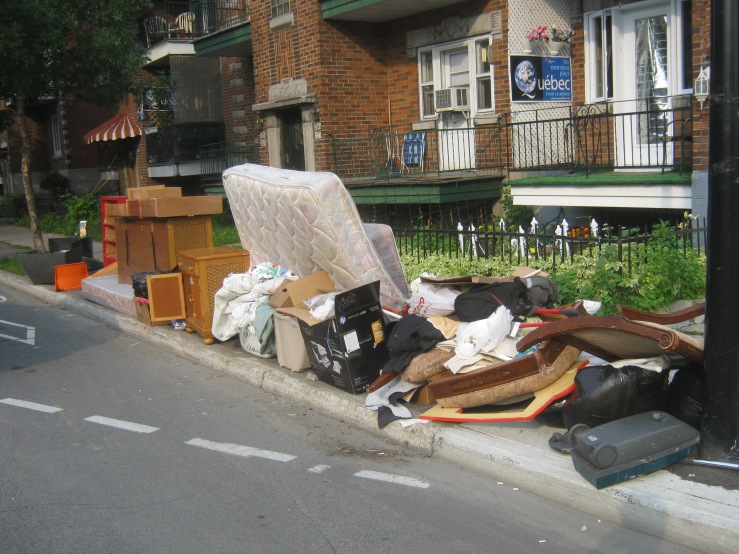 Finally, this is the “we’re leaving town / buying new stuff.” These people kept the stuff they really wanted and threw out the rest. That this is also what a bedbug pile can look like. I think this stuff (on St Zotique near Papineau) was clean, however, as the mattresses showed no signs of infestation. Regardless, I was far enough from home that I had no interest in anything here.

I explored a Rosemont and a bit of Outremont this morning. I came across this stuff in the alley between Hutchison and Durocher.

Inside one of the bags I found this ornate, antique-y looking hanging light. It definitely needs to be re-wired but it’s in pretty nice shape otherwise. 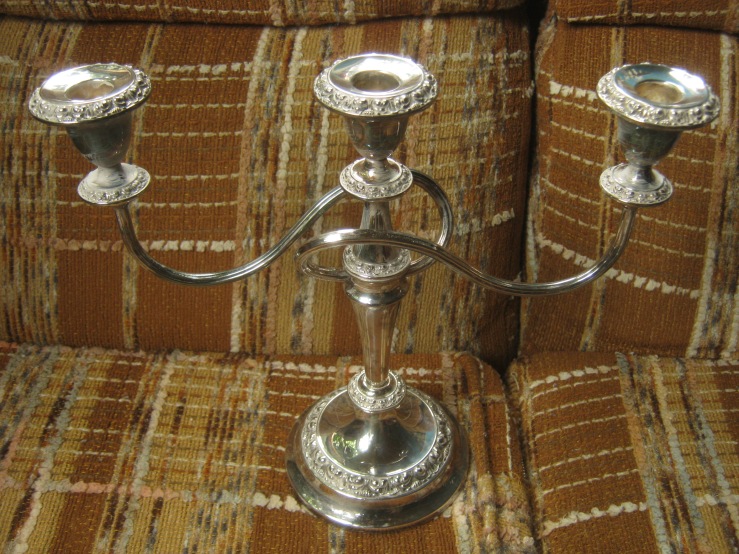 In the same bag was this candelabra marked as being silver plate (by Lanthe of England). I found one on Ebay that sold for about 50$. Not bad!

I also took an evening walk with my room-mate yesterday and found a few cool things. This is a tray from Portugal which I reckon was made in the 70s.

I carried this big ol’ lamp all the way home from St Urbain and Fairmount. I bet it’s from the 70s as well and should make me some money at a yard sale. 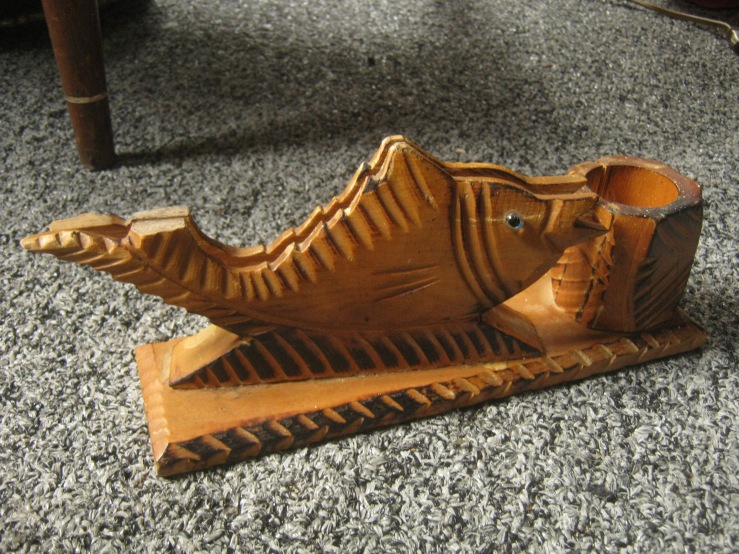 Last but not least, a cute handmade pot-pourri holder. The writing on the bottom indicates that it was born in 1966.

I’m going out for my usual Plateau run a bit later. I’ll let you know if I come across any special “moving day” finds.