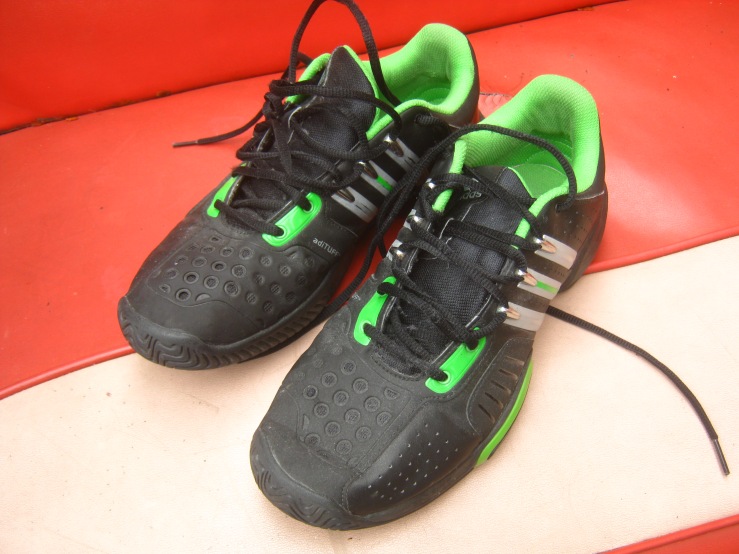 Last night I took a little walk. It was recycling night in my area and someone had put out these running shoes. They fit me pretty well and they’re in very good shape. I’m going to keep them as some of my other shoes are starting to fall apart.

I got up early this morning to check out Outremont and Rosemont. I don’t go to Outremont too often (lower population density means less bang for your buck trash-wise) but I decided to check back on a place where I found some nice stuff previously (in my June 20th post). I didn’t find anything there but I came across another good spot not far away.

It was mostly books and other little bits of ephemera. I took home a selection of the things that stuck out the most.

This is an old unused sticker. I think whoever used to own this was a Russian Jew, as a lot of the books involved Judaism and Russia.

A book for parents of one to six year old children from 1951. It includes an interesting chapter about the fears kids get at that age. They don’t really sound that much different (simpler, maybe) than the ones us adults experience.

This geography textbook was published way back in 1945. 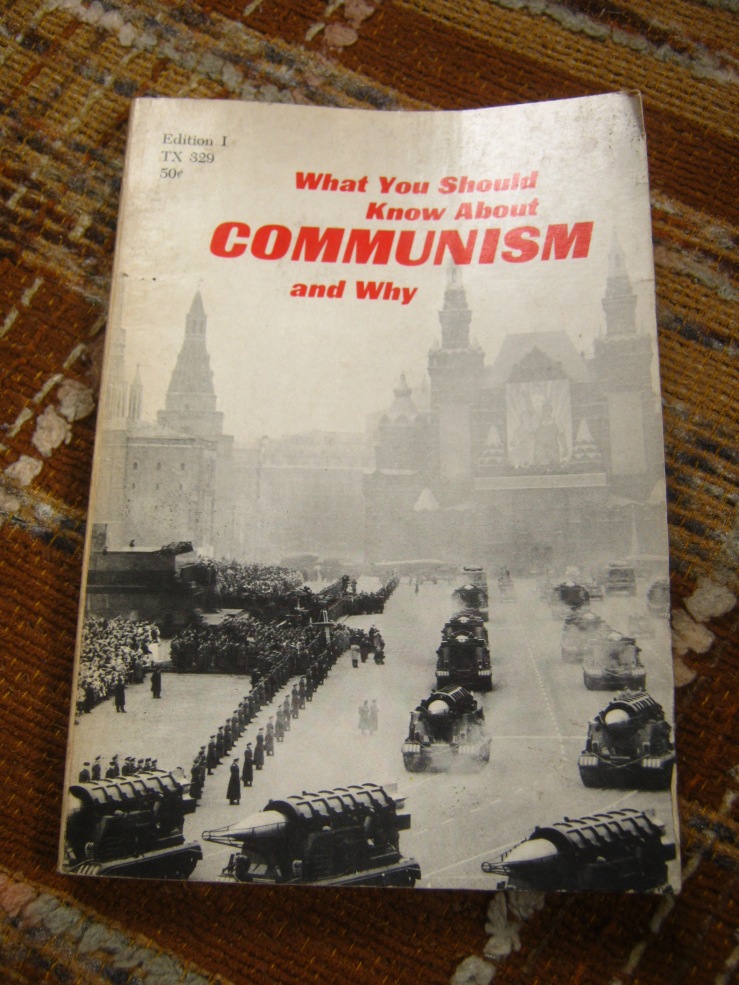 This book, published in 1963, is a cool artefact from the Cold War. It matches well with another book from the Soviet perspective… 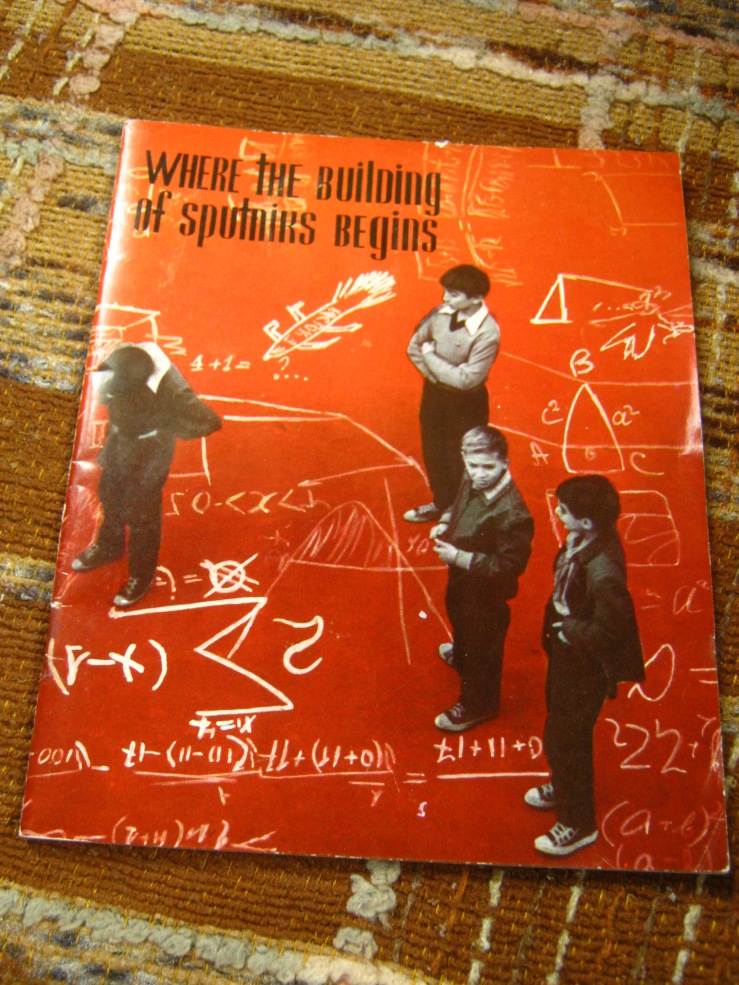 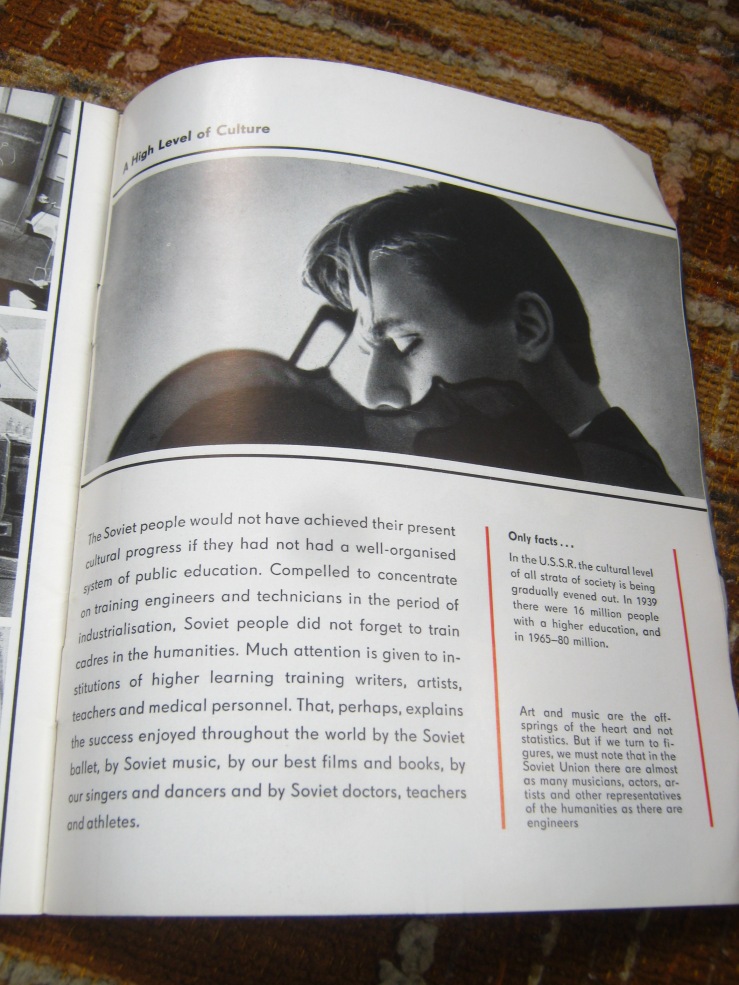 Both are pretty clear propaganda pieces. The Soviet book focusses on how great the education system is while American book tries its hand at fear mongering. It’s interesting to see in writing how extreme the “us versus them” thing was in those Cold War days.

I brought this odd, definitely home-made fellow home and put him out as a decoration by my front stoop.

Nearby was this heating plate thing in it’s original box. A woman came out and told me “c’est neuf neuf neuf.” At first I was all like “it’s 9 9 9?” and then I realized she meant “it’s new.” Nine and new are the same word in French. Anyways, kind of funny. I brought it home and left it for someone else to take as I don’t have a barbecue regardless.

On the way back I spotted this wooden lamp. The cord was cut off, probably by a scrap-metal scavenger, but that’s pretty easy to fix. It’s a nice piece marked as being made out in L’assomption.

I’m not used to getting up early. I’m going to take a nap to make up for the lost sleep before heading out to the western Plateau later tonight.