It’s now time for part two of my post “Deja Vu.” These are things I found in one particularly lucrative pile in Rosemont on Thursday.

I have here a collection of hats, two of which are made of fur. Unlike the other fur hats I found recently these are in really great shape and have been tell taken care of. My room-mate says I should be able to get 30-40 bucks each for the furs. One of the hats is Sherlock Holmes-y, it’s much too small for me though. 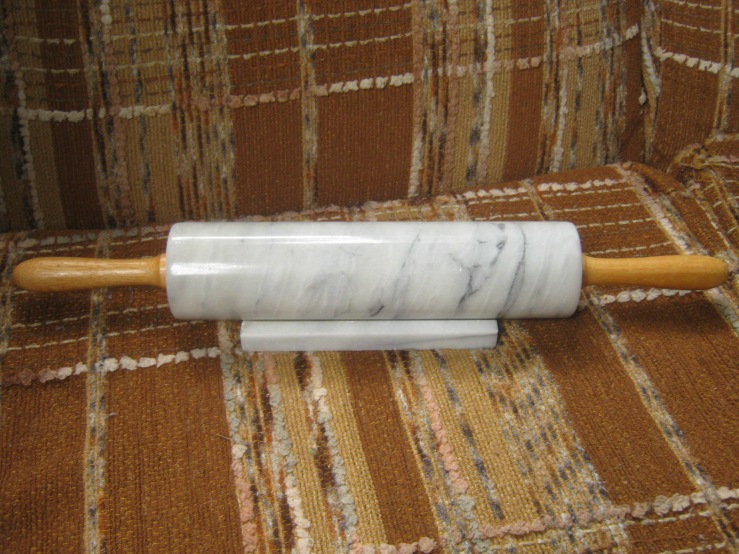 A marble rolling pin that will make an excellent addition to my kitchen!

Some nice old dishes by Myott out of Staffordshire. The bowl at front right looks exactly like one I bought when I was out in Alberta (though I forgot to put the lid in the picture) which added to the deja vu-ness of the day. They’re all very nice pieces. I’m not settled enough to own nice dishes but I’ll keep the bowls to store random stuff in. 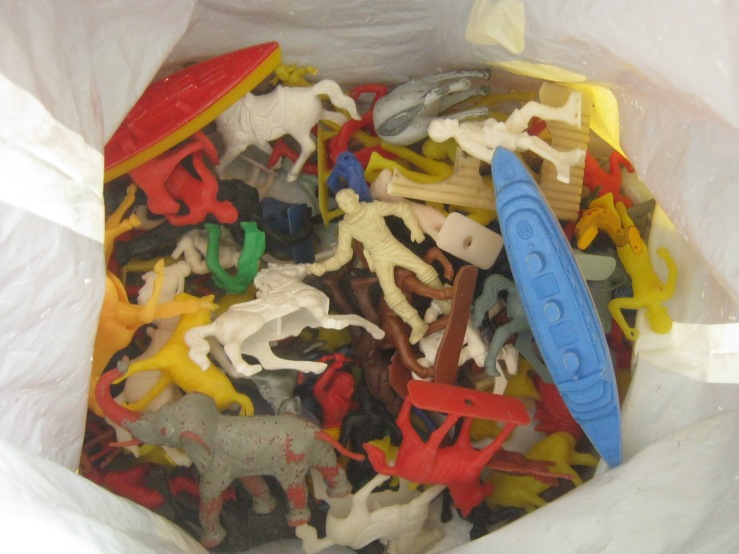 I found a bag full of old plastic toys. I don’t think there’s anything too collectible here I still thought it was worth saving.

Another bag contained a bunch of sewing stuff of which these buttons were the most notable. They’re made of brass and they look to have come off an old army uniform. The top eight are different (made by WM Scully in Montreal) than the bottom two (JR Gaunt and Son in London). 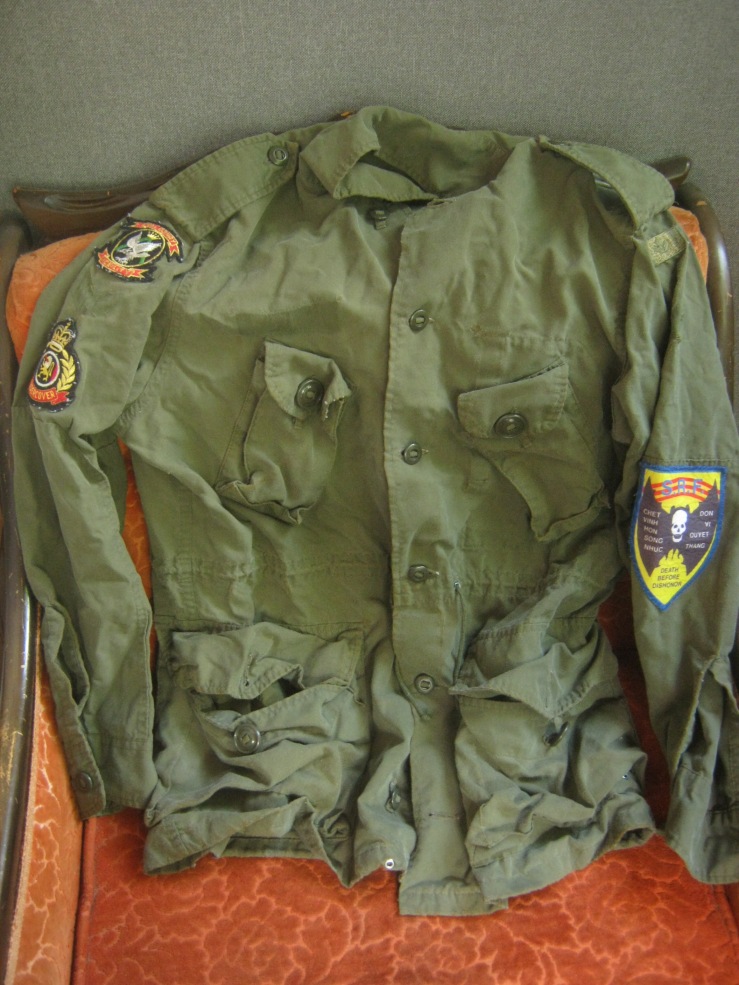 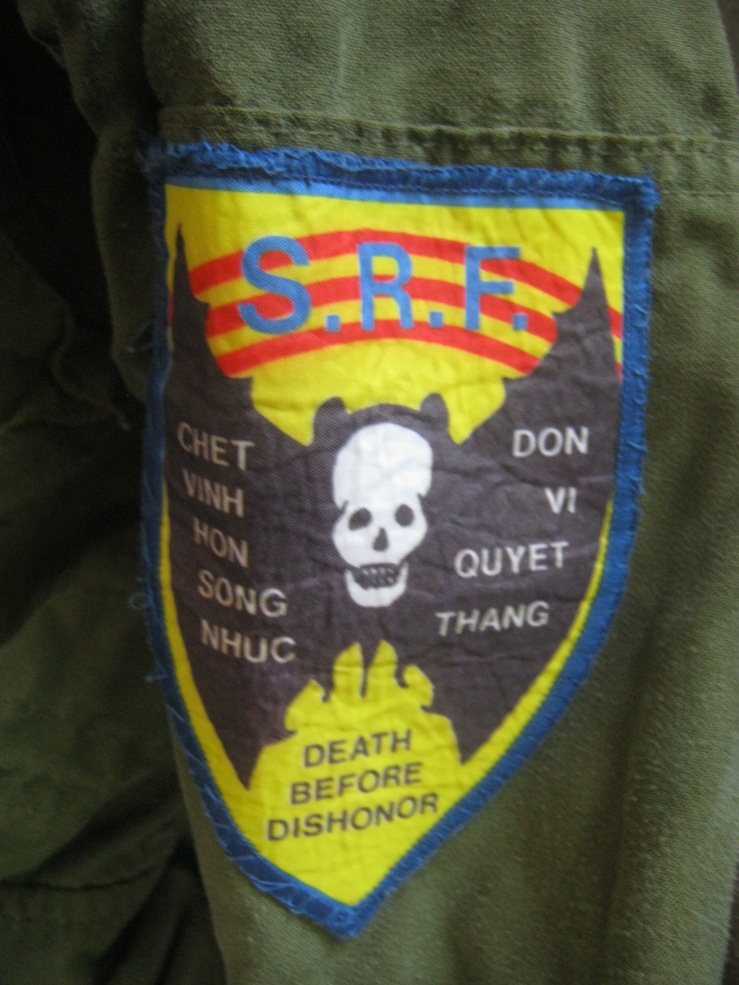 This army jacket has some interesting patches on it, including the one above which looks like it could be from Vietnam. There’s a Canadian flag on the right shoulder that seems to be part of the design, odd as Canada never fought in Vietnam. I’m thinking that this jacket was bought at an Army Surplus store and the patches added later.

That’s all for now. I’m going to do my usual Rosemont trash run tomorrow morning. It looks like there’ll be rain in the afternoon (surprise surprise) but I’ll still get out there to check out the Mile End.