It was rainy and a chilly last night and I decided to take the morning shift off. Good thing as I think I needed the rest.

My mother is in town visiting for a few days. We had a good time sorting through all the jewelry I have sitting around and she helped identify a few “new” silver pieces. I took her on a little walk around our neighbourhood to show her what I do, it was a bit early but I hoped to make a nice find. I spotted a few bags across the street, on Garnier near St-Gregoire, and figured I’d take a look.

The bag didn’t feel particularly interesting to the kick but I heard a little jingle that sounded like coins. I opened the bag and lo and behold, amongst a bunch of small kids toys, was 13.82$ in change, including a toonie and three loonies.

It was a nice little haul that showed off my gift of recognizing the different sounds of trash. I like to think my mom was fairly impressed! 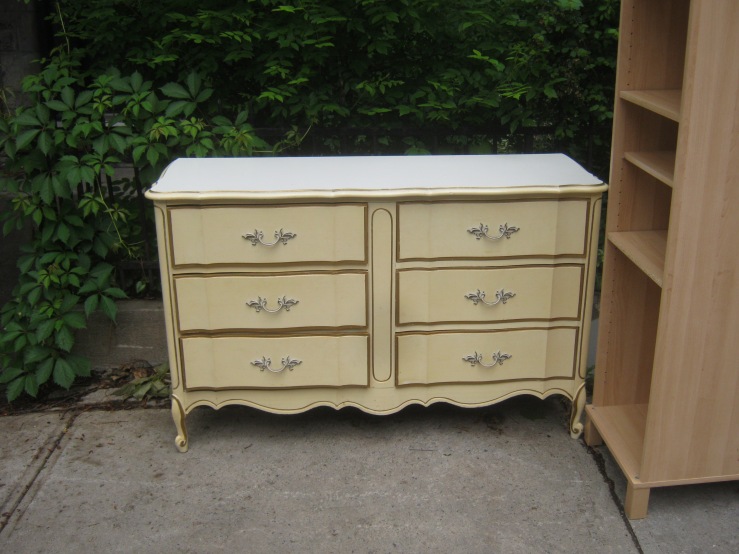 I went out again a bit later on my own and I saw this beautiful dresser. I hope someone brought it home! I checked the drawers and came up with 11 cents. Don’t laugh, it all adds up I swear!

There wasn’t too much trash out today probably as a result of the dreary weather. However, in the box in the middle of this pile of trash I found some nice dishes wrapped up in newspaper.

This teapot and one matching mug are kind of funny and in perfect condition. It’ll definitely sell at a yard sale. 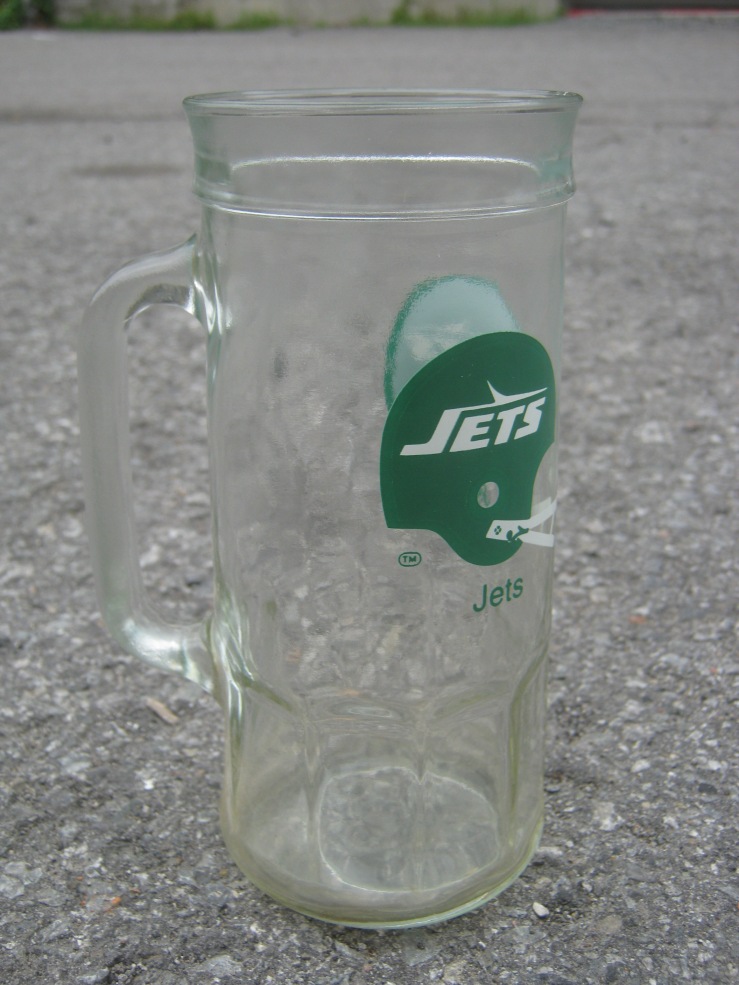 Here’s a nice tall New York Jets beer mug. It looks sort of vintage and might have some value to a collector. 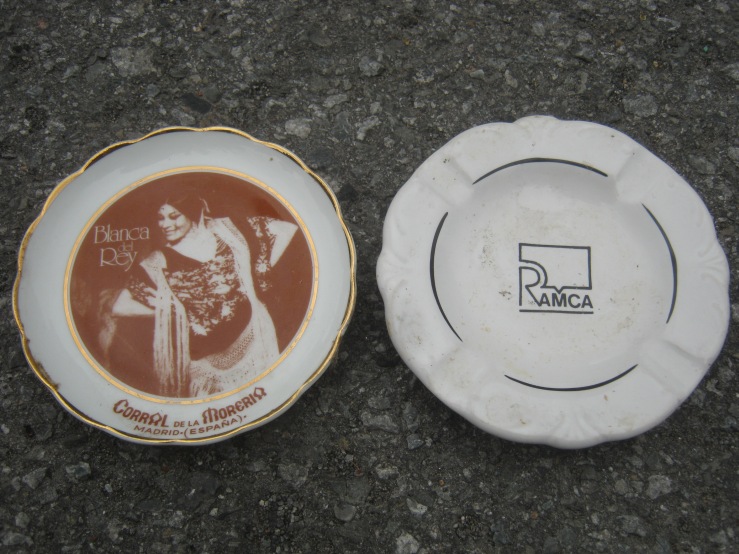 A plate featuring Blanca Del Ray who’s apparently a pretty good flamenco dancer out of Madrid. There’s also an ashtray marked “RAMCA,” which is probably the (Spanish) Red Autónoma de Mujeres en la Comunicación Alternativa, which translated by Google to English is the Autonomous Network of Women in Alternative Communication.

Inside on of the bags was this Allsop 3 cassette cleaner kit. It looks unused and could be of use to someone who uses cassettes.

I left a few of the other dishes I didn’t want next to a Bixi (public bicycle) station. This is one of my favourite places to leave things, they’re pretty visible while also being sort of out of the way.

Anyways, the weekend has arrived which means some time off from picking. I’m going to hang out with my mom a bit more, clean my room (again), and maybe do another post about the things I found on Thursday.