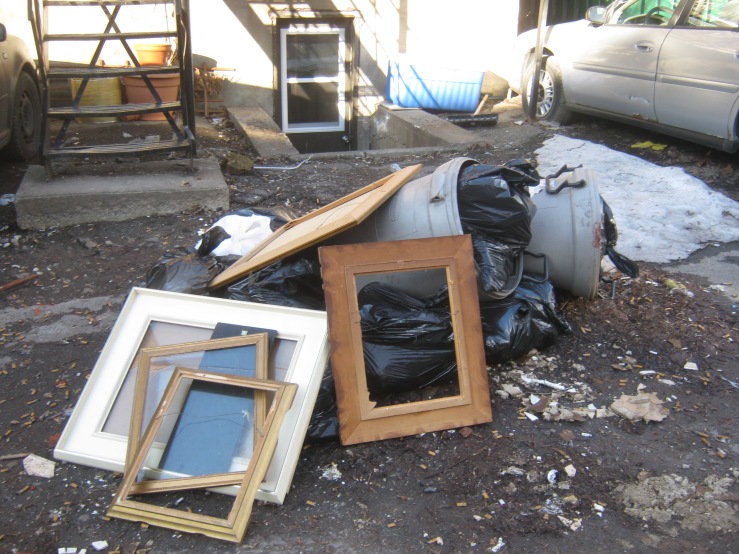 Yesterday was really windy and it was hard to bike around. I first delivered some trash finds to some friends of mine – a cast iron pan and the lamp from two posts ago – and then set out on my way. As it turns out the journey didn’t last too long. I came across this pile of stuff in an alley in the Mile End. 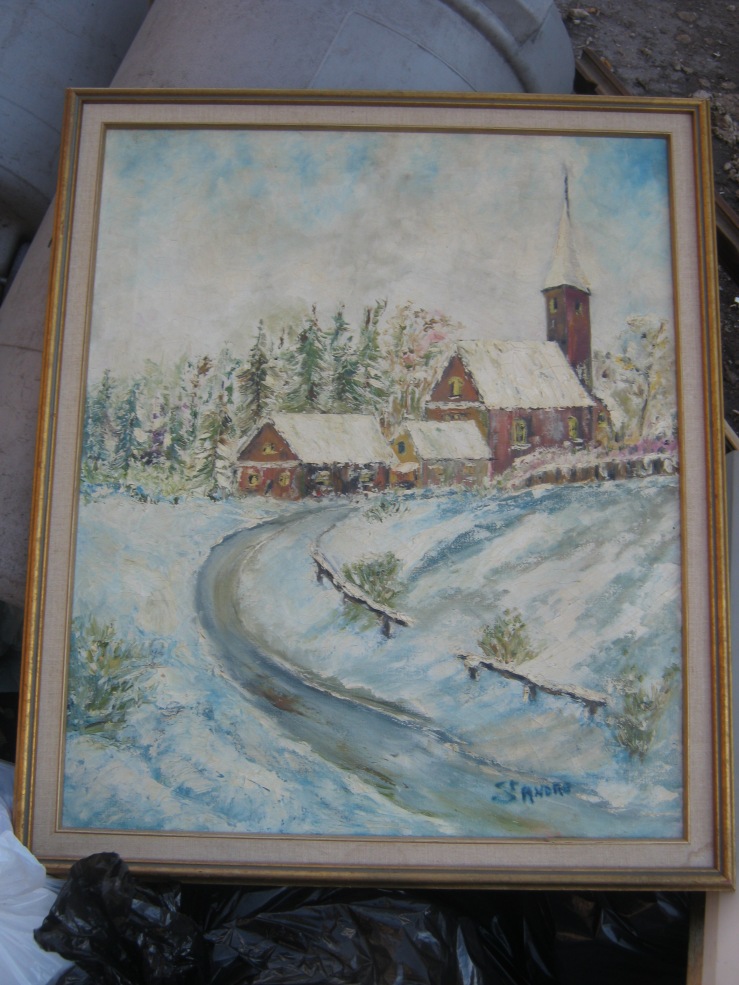 I stopped because of the picture frames and stayed because of this piece of art. It’s a nice old piece (signed what looks like “St Andre”) – a Canadian winter landscape theme. The paint is cracked but still quite strong; the wind blew it off the ground into a tree without even a chip!

The painting is somewhat stained from cigarette smoke, but the discolouration is consistent so you probably wouldn’t notice (unless you smelled it) 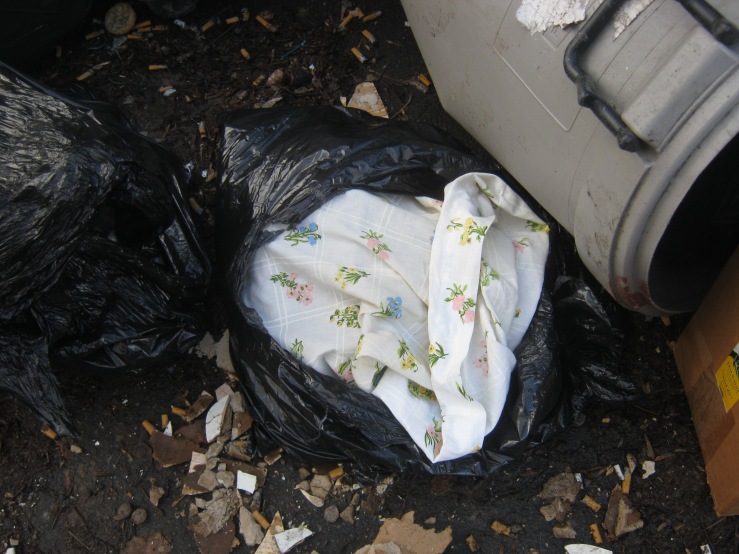 However, the craziest find was in this bag I almost didn’t check. I kicked it and it had an odd feel to it – very heavy but with some give (and little sound). I opened it up and saw this pillowcase. 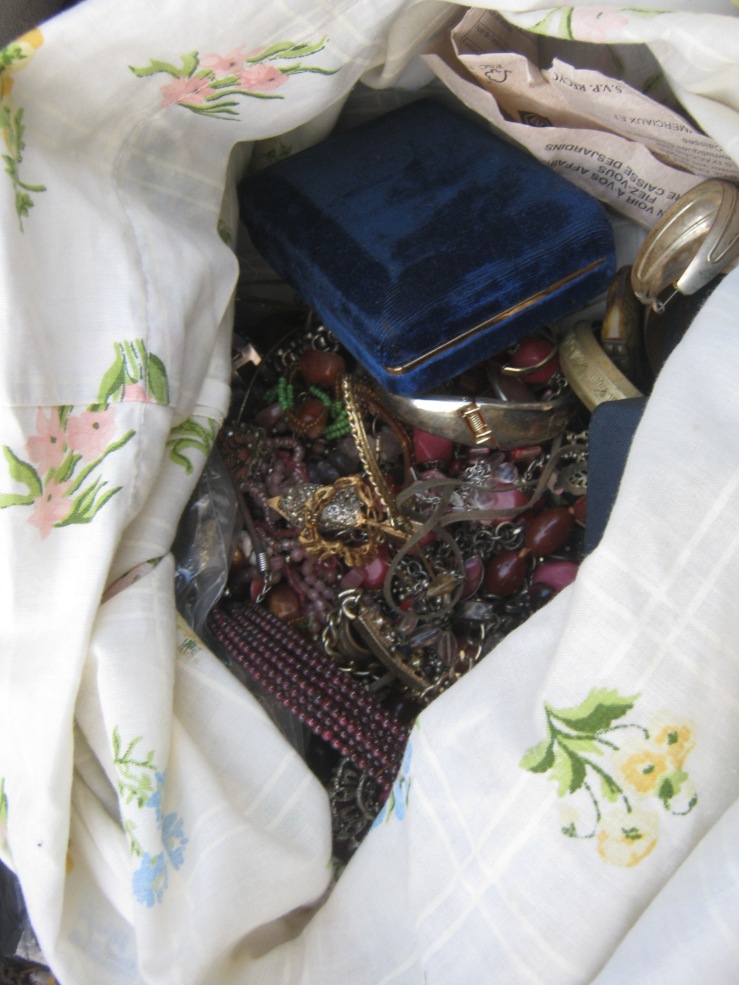 The pillowcase was full of jewelry! I was excited, clearly, because there’s always money in selling jewelry, and this stuff was definitely old.

I brought it home and looked through it for a few hours, realizing why someone might have thrown it away: it reeks of cigarette smoke. Touching it leaves tobacco tar all over your hands. Some of the pieces were also damaged.

In the end though there are definitely some really nice pieces I could sell on Etsy and the smell of cigarette smoke can more than likely be cleaned off. This stuff is reminiscent of the bag of jewelry that was taken by the police in that there doesn’t seem to be much in the way of precious metals (gold and silver). Most of it is vintage costume jewelry.

I have some work on my hands to sort through this stuff and see what is most saleable. If I try to clean it all myself (there are hundreds of individual pieces, including a small bag packed full of small catholic medallions) I’ll probably lose my mind, so I’m thinking I’ll just clean the ones I want and bring the rest to a yard sale my friend is planning on having sometime this month, where I can sell them for cheap with a “you buy it, you clean it” mantra.

I’ll post some pictures of some of the nicer stuff soon!

In other news, I tested that computer from the other day and it works great. I’m going to format it, install Linux/Ubuntu and look into selling it or giving it away. It runs XP, so while it’s not exactly new it’s still quite good for doing basic computing stuff.