The spot that provided those nice late 50s/early 60s collectible cards didn’t offer me a Mickey Mantle rookie card as I’d hoped, or many other sports cards for that matter. Still, I collected some quality vintage junk, some of which was eBay worthy.

Most of this is fun yard sale stuff, the only thing that isn’t is the old earthenware pot in the back which I grouped with another old jug I found and brought to auction (the lot ends on Tuesday). 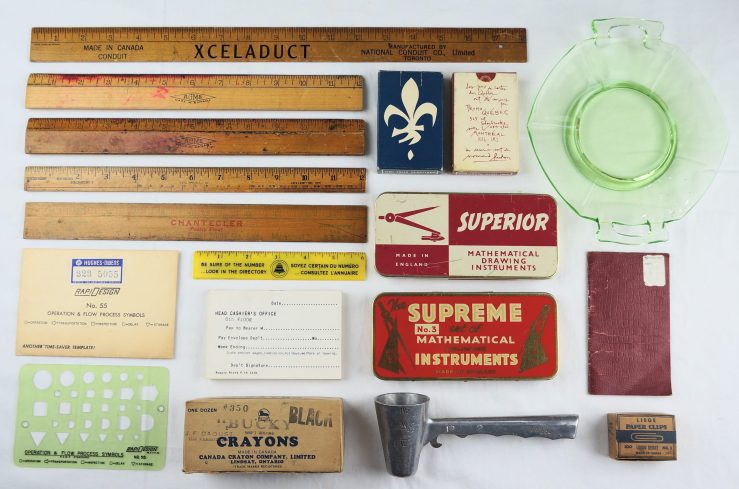 Here we have some old rulers, tins, and stencils. Those Normand Hudon playing cards would have been worth some money, but the cards inside didn’t match the ones on the cover. 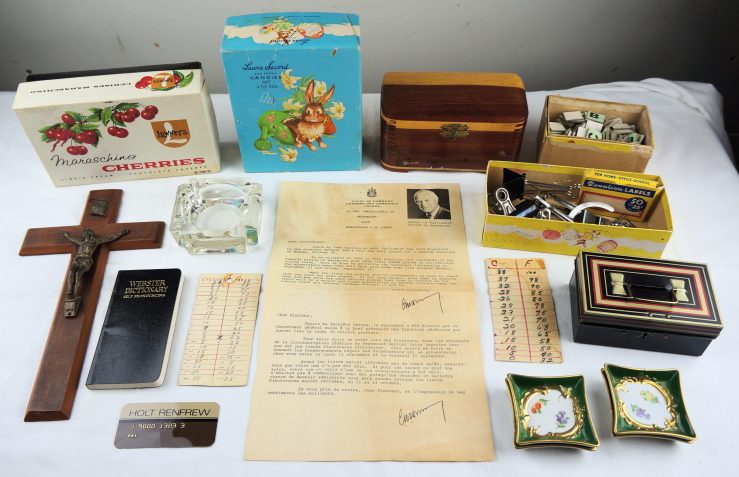 More vintage junk for the sale. The letter is from former MP Charles Drury, who also held several cabinet positions over the years and served in WWII. The Holt Renfrew credit card dates to the 80s and is now part of my collection of old cards.

I like maps, and on the back of that letter was a nice one of the riding of Westmount (which includes some bits of NDG / CDN).

Here’s a fun sign that I’m sure someone at a yard sale will appreciate.

I did find a bit more old hockey stuff. This Jean Beliveau souvenir magazine went to the auction with some other Canadiens stuff. 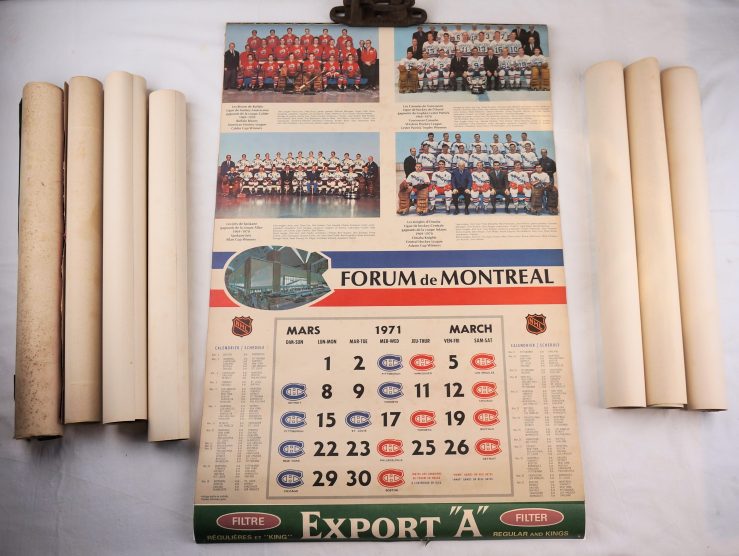 I also picked up many pages of hockey calendars from the early 70s. I sold one batch for 60$, and I have another listed at 75$ (just discounted).

Most of this stuff has been processed now. I sold sets of cards for 85, 60, and just yesterday 135$ (the Civil War cards including the relatively rare checklist). Another lot sold at auction for around 40$, and I have a couple more eBay lots yet to sell priced at 40 and 65$. Overall, including a couple pieces of furniture & the yard sale stuff, I’ll end up netting around 400$ from this spot. Not omg, but a quality weekly destination regardless.

I did my first “real” yard sale of the year yesterday. I sent an email out to my mailing list subscribers (which I haven’t promoted as much as I should, sign up here) and posted on Instagram but I’m sorry if anyone wanted to come but wasn’t notified. Anyways, it was a reasonably good day, not my most profitable sale but still well worth my time (I made around 580$, 180$ of which I paid for a friend to help). Perhaps more importantly I was able to declutter my garage a bit, which should make it easier to reorganize it a bit (as I’ve been wanting to do). I’ll be doing more sales soon, as I’d like to get rid of as much as possible before winter.

12 thoughts on “The card collector pt.2”