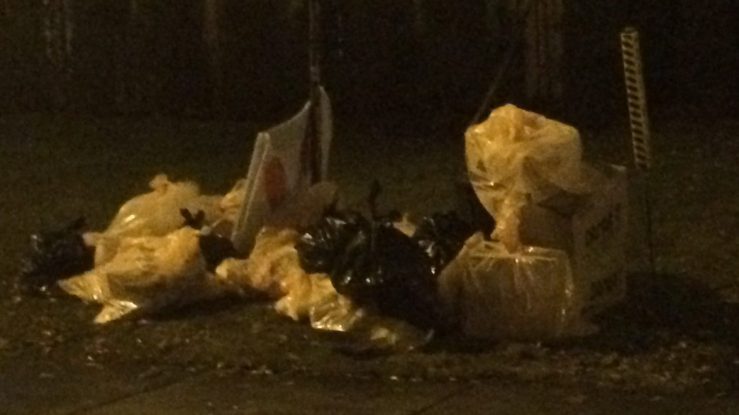 Last week was relatively quiet. Fortunately, this familiar pile produced some worthwhile finds. My friend and I got here just in time, as the rain really started coming down not long after we left.

I first stopped there two weeks prior and found this little Philips digital voice recorder in one of the bags. It receives pretty good reviews as a dictation / transcription tool, and I was surprised to find that it sells for around 120$ on eBay. It looks kind of “vintage,” but I guess it still gets the job done. (Edit: It sold for 120$ as I was writing this post). 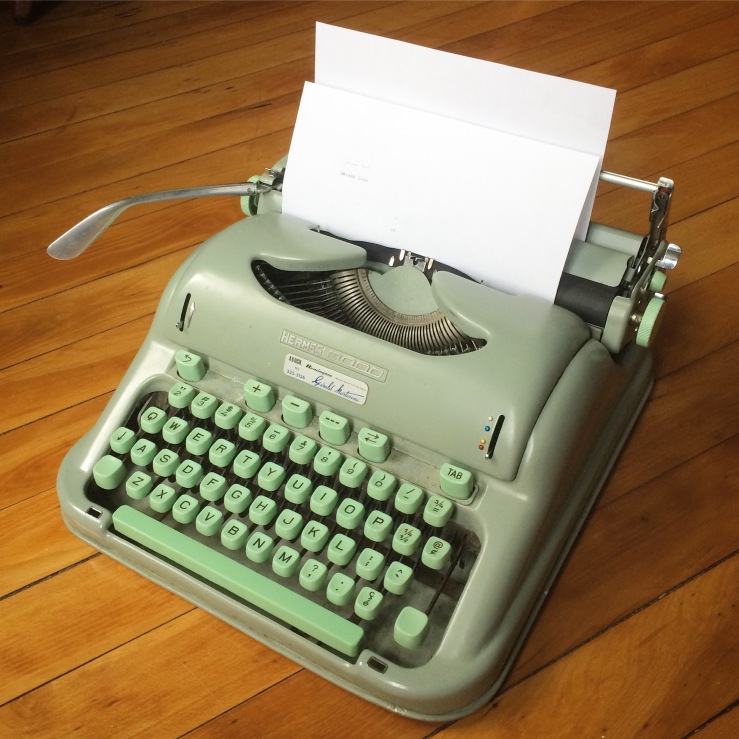 A week later I saved this portable typewriter. I didn’t think much of it at the time, but when I did some research the next day I discovered that it was fairly collectible. The Hermes 3000 is one of the most desirable typewriters of the 1960s and often sells for around 600$ in excellent condition. In this condition (pretty good, but not perfect) it’s worth around 2-300$. Mine is the older and “curvier” model, which is more collectible than the later boxy versions. 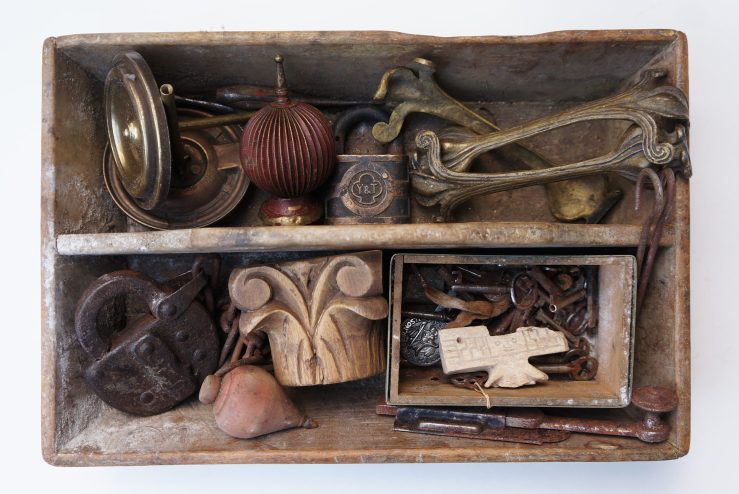 One of last week’s bags had some old metal things inside. Fortunately, I also found an old wooden carrier to put it all in. I saved a bunch of old keys, two vintage locks, something made of bone, and some other curiosities. Zoom in for a better look!

This old CNR railway lock was one of my favourite finds. I didn’t find the key to go with it, but fortunately one of my readers has one that might work. Let’s hope it does! These seem to go for around 25$ without a key, but 60$ with. 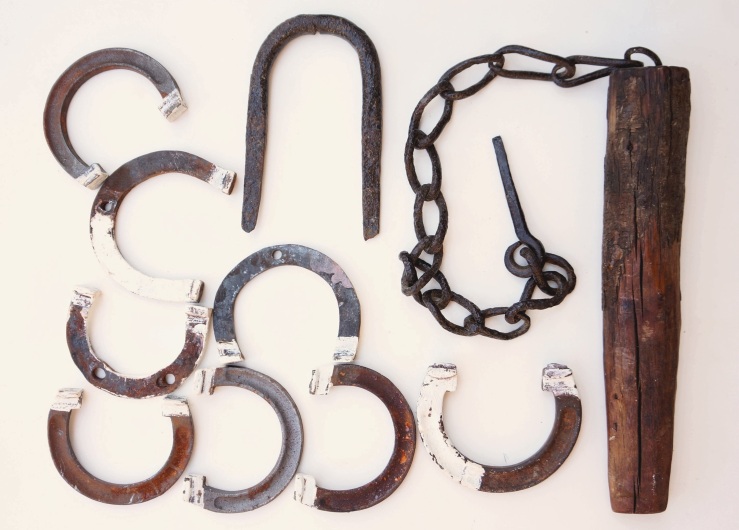 I also found an old piece of wood attached to a peg, a U-shaped piece of metal, and a set of horseshoe like objects that were apparently part of an antique bed (they were stored in a smaller bag labelled as such). Any help identifying the mystery objects would be greatly appreciated! 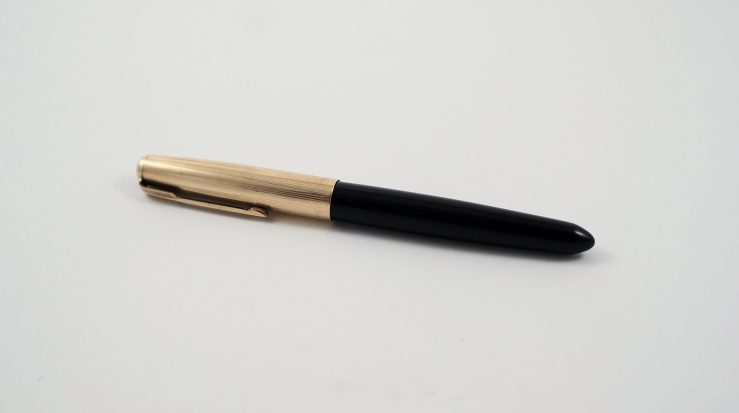 The bags contained an odd mixed of relatively new and fairly old items. In a different one I found the St Christopher medallion you might have noticed in a previous photo, as well as this nice Parker 51 fountain pen. It’s in good, but not perfect condition due to a small dent in the cap. Regardless, it’s worth around 60-80$.

I’ll definitely be keeping an eye on this spot on the curb going forward.

The run wasn’t over though, and there were more pens to be found. This collection came from a recently sold house not far away. There’s a lot of good pens and pencils here, but the most valuable are probably the Parker Vacumatic fountain pen (third from right, from the 30s or 40s) and the Parker 75 on the far right.

The 75 has a ciselé or crosshatch design, which seems to be more collectible than simpler patterns. I think this pen will make me around 150-170$. Not bad! Hopefully they throw out some more pens next week. 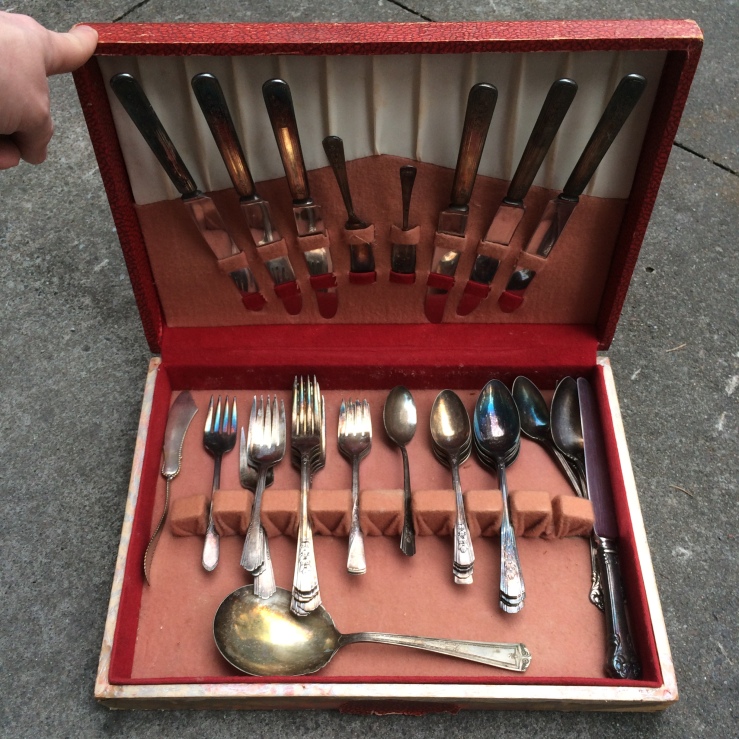 Inside one of the boxes was a set of silver plated cutlery. It’s not super valuable, but someone will definitely buy it at a yard sale! I’ve found nice silverware before, but never any in the original presentation box. 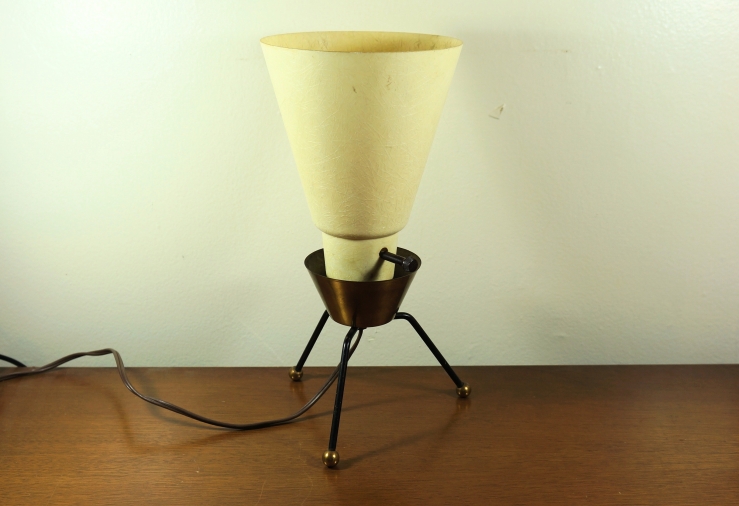 I found this cute mid-century lamp as well.

Pretty nice eh? I’ll have to figure out whether to sell it or keep it myself. 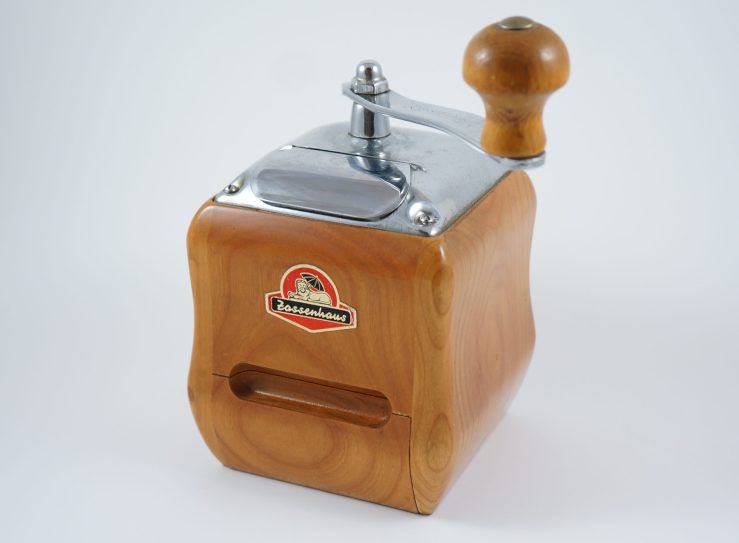 This vintage Zassenhaus coffee grinder was my best find, however. It seems that this model, the 532 is particularly valuable and I listed it for 250$ on eBay. I’ve already got messages about it, so I expect it’ll sell for that price. The grinder was made in Western Germany in the 60s, and is in excellent condition for its age.

That’s all for now, but I still have a backlog of things to share from earlier this year!