I’ve had good luck finding silver lately. There was that plate from last post, and also a great collection of silver jewelry from about a month ago that I have yet to share.

This spot has been interesting the past few weeks. I’ve had to sort through a lot of junk to find very little, but the trash is interesting enough to keep me coming back. There’s been lots of worthless tech junk, stuff that’s old enough to be obsolete but not old enough to be collectible. I saved some fashion watches that might sell for .50 or 1$ at a yard sale, and a few shirts that actually fit me pretty well.

Fortunately, this little footed dish should make me a bit of money.

I researched the stamps on the bottom, and found that the bowl was made in Cairo in 1980. The silver purity is 90%, so it’s not technically sterling (which is 92.5% silver) but it’s close enough right? It’s worth about 50$ in silver scrap, but might be nice enough to sell on its own. I’ll keep an eye on this spot going forward, but these people seem to be generally good at not throwing away anything of value.

Elsewhere, I came across a bag in NDG with a bunch of old vacuum tubes inside.

I cleaned them up and threw away the ones that were obviously busted. Now I have to figure out whether to sell them as an untested lot on eBay or go through the hassle of testing them all. Some vacuum tubes go for a lot of money, hundreds or even thousands depending on the type, but I don’t think these ones are particularly valuable (perhaps in the 5-15$ range, if working). Still, that’s not bad considering how many I have. If you have any tips on testing or selling old tubes, let me know in the comments! 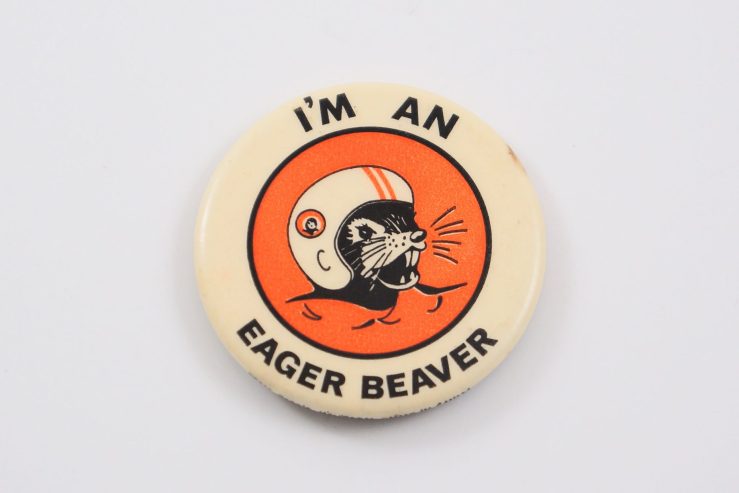 I found this pin a couple weeks ago in Cote St-Luc. It stayed in the car for a week before I got around to bringing it inside and looking it up online. I discovered that it was made for the Montreal Beavers of the long defunct Continental Football League, a short-lived team that operated only for the 1966 and 1967 seasons. I’d never heard of the Beavers or the (other) CFL previously, so finding this pin was a bit of an education. I couldn’t find any other pins like it online, so it might be relatively uncommon as well. Continental Football League stuff is fairly collectible, and I’m guessing that this pin will net me between 30-50$.

I keep going back to that place where I found the old tabloids from the last post and the finds are as junky and dusty as ever. I usually find a few things, like this little depression glass dish, but overall it’s been a real slog. Who knows, maybe it’ll pay off at some point. I met the guy tossing the stuff and he seemed nice enough, he just asked me not to make a mess. 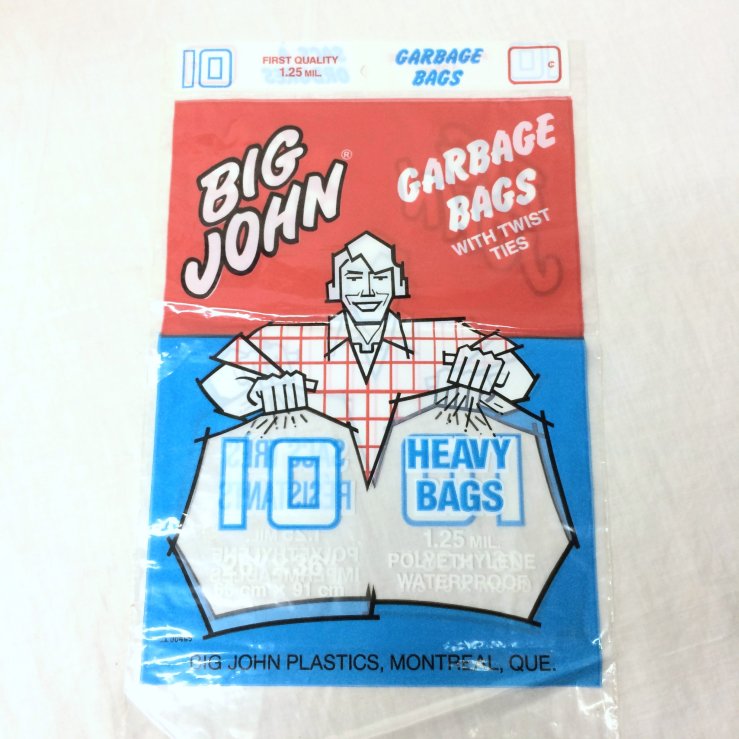 I like saving vintage garbage-related ephemera, so I took these old garbage bag bags that I’d guess were made in the 80s. Maybe one day I can give them to a museum of garbage. I found no reference to “Big John Plastics” on Google.

I found this neat Kodaslide viewer somewhere, I forget where exactly. It sells for around 25$, but it might be my new go-to slide viewer because of its cool design and built in light. 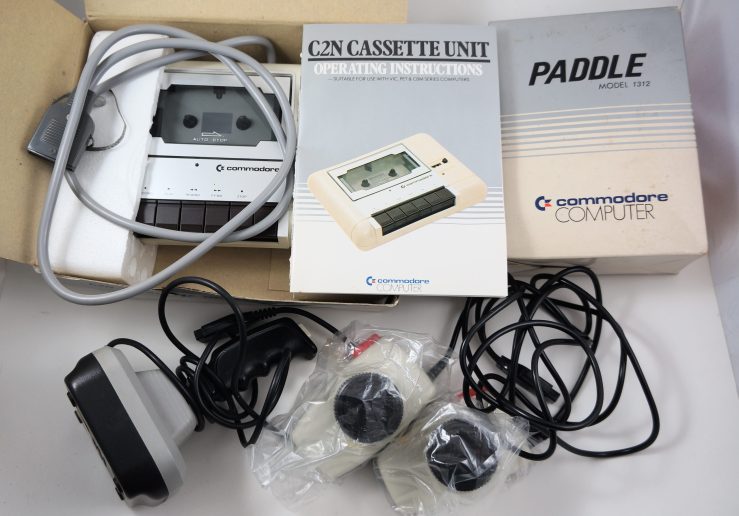 I found a good collection of old Commodore computer stuff in Cote St-Luc, which I expect will net me around 60$ …

… as well as a single bronzed shoe. I see these once in a while, and they’re always a fun find. Apparently the bronzed shoe business started in the 30s, and peaked in the 50s and 60s. 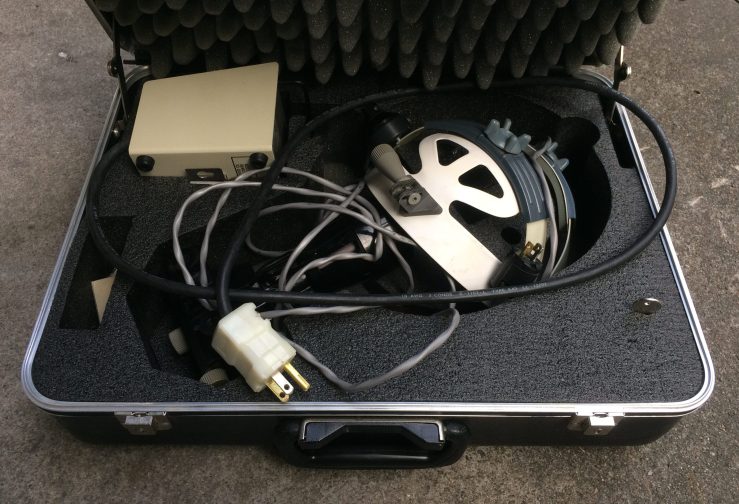 Here’s an optometry gizmo I found last week. I doubt it has much value, but it might make for a fun yard sale item. 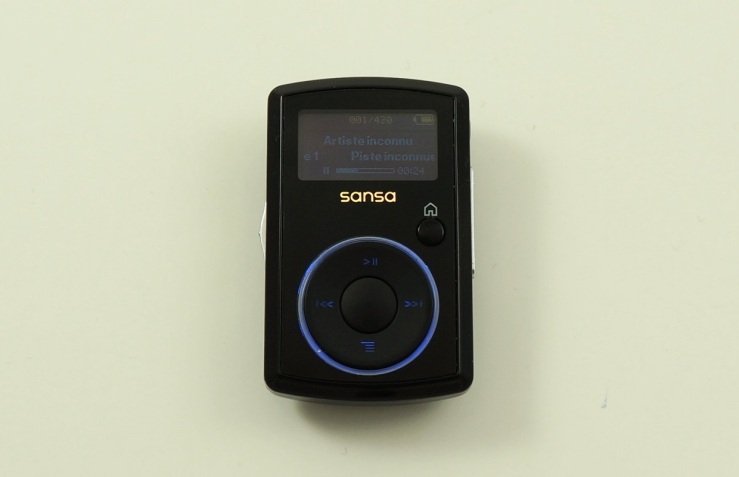 Sometimes I find electronics that I never knew existed. For example, apparently Sandisk (who I know better as a USB key maker) produces a media player called the Sansa. It’s actually a pretty cool and compact device that also contains an FM receiver. Honestly, I almost overlooked this in the bag, but I guess my brain decided it was worth taking (sometimes, this process is only semi-conscious, especially when sorting through a lot of stuff). This model seems to go for around 50$, so it’s a nice get. 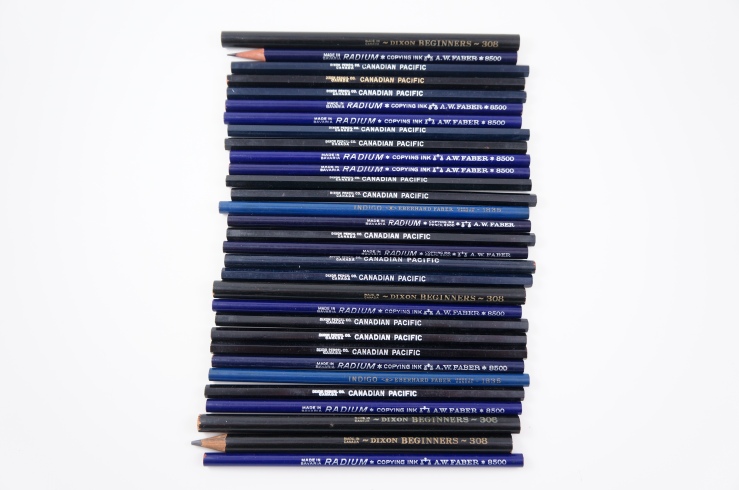 Otherwise, now that yard sale season is over I’m digging through my “to list on eBay” pile and finding some stuff I forgot about. I remember saving this collection of vintage pencils in NDG in the spring and thinking they were cool enough to merit further research. Most are labelled Canadian Pacific or A.W. Faber “Radium” copying ink. I doubt they’re worth a bunch, but I thought I’d auction them off regardless. If anyone has a Worthpoint account they could help me out by looking up what these Radium pencils sold for. 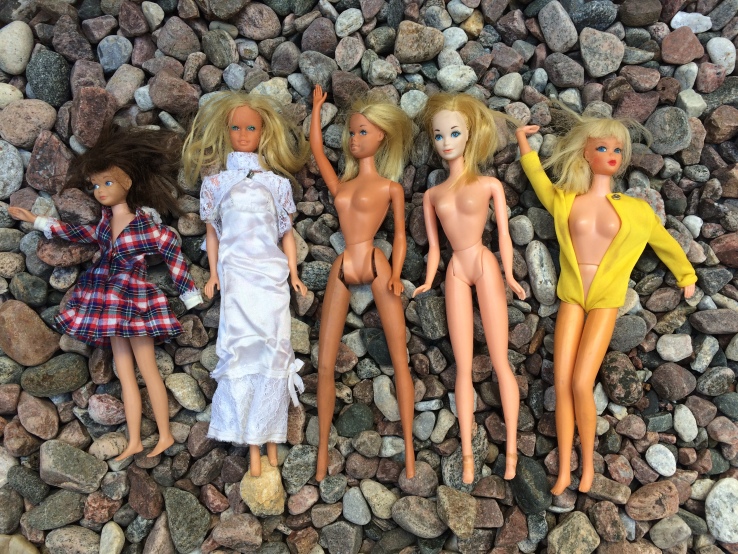 I found some vintage Barbies a little while back, and found them again while going through some stuff I have in the basement. There’s stuff I enjoy researching, like that Montreal Beavers pin, but the value of specific Barbies is not one of them. I don’t generally use auctions, but I probably will in this case as the Barbie market is fairly strong, and it would save me the time of figuring out a price. However, I don’t have them listed yet, so if you have any advice let me know. 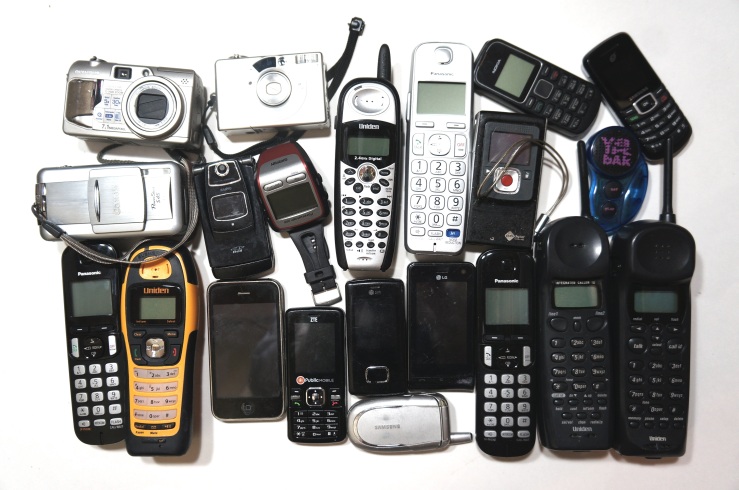 I also brought another haul of e-waste to the recycling box. This batch, mostly old cell and portable phones, weighed just over 3kg, and overall I’ve recycled about 7.3kg of e-waste since I started keeping track earlier this year (not including the stuff I’ve sold for actual money). I like to think that I’m making a bit of a difference, and maybe by sharing this I can encourage more people to think about electronics recycling!

That’s all for now, but I do have a sales post ready to go, and lots of silver to talk about.

18 thoughts on “Night of the sterling garbage pt. 1”