I sold a lot of things in March. Nearly one a day on eBay, which for me is pretty good! Not all of that stuff was worth a lot of money (only three items went for 100$ or more) but it was still nice to get a bunch of stuff out of the house.

1. Vintage M.V. Bluenose Pennant: On eBay for 15$. The last pennant from that collection I found last January. 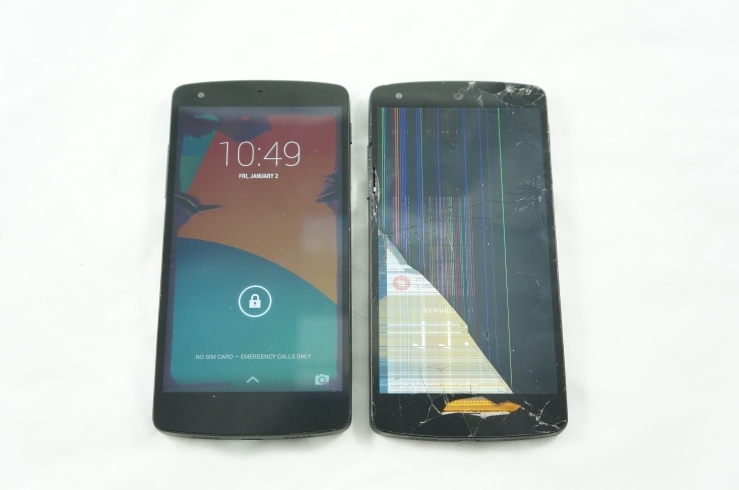 2. Nexus 5 phones, for parts or repair: On eBay for 65$. One phone was in decent condition with a busted screen, while the other was pretty messed up. I found both in the Mile End. 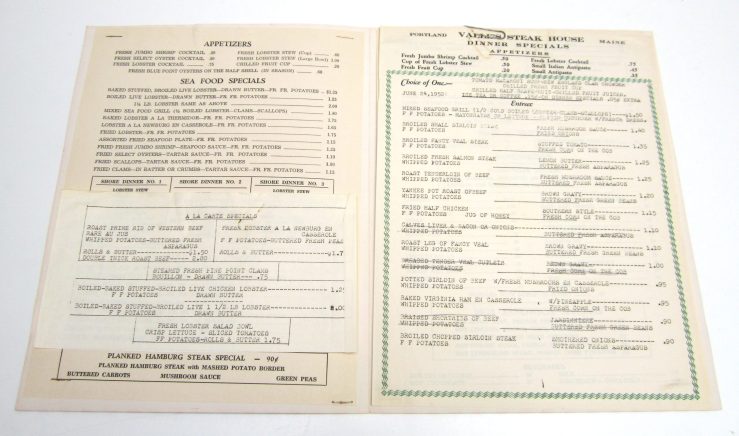 3. Vintage 1950s Valle’s Steakhouse menu: On eBay for 45$. I love finding old menus. Fortunately, it seems that some people love buying them as well. 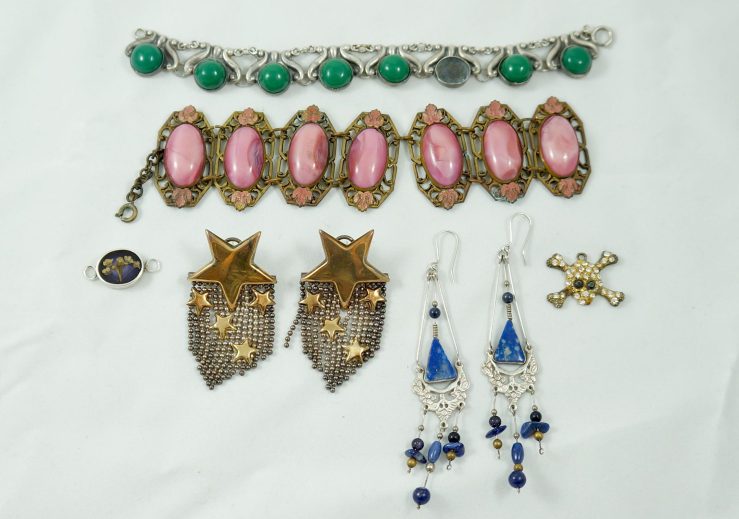 4. Lot of jewelry, for parts / repair: On eBay for 40$. All these pieces needed some level of TLC. I’m happy with the price. I’m also happy to have this stuff out of the house – some of it had sat around for years. 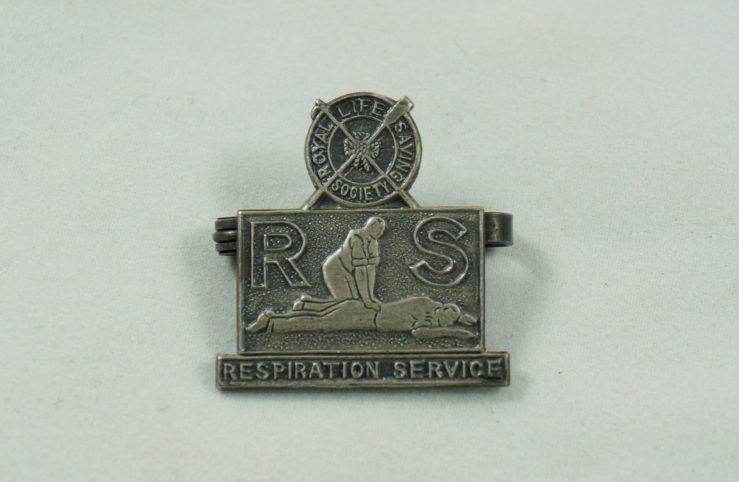 5. Royal Life Saving Society badge: On eBay for 12$. Not bad for a little hunk of metal. 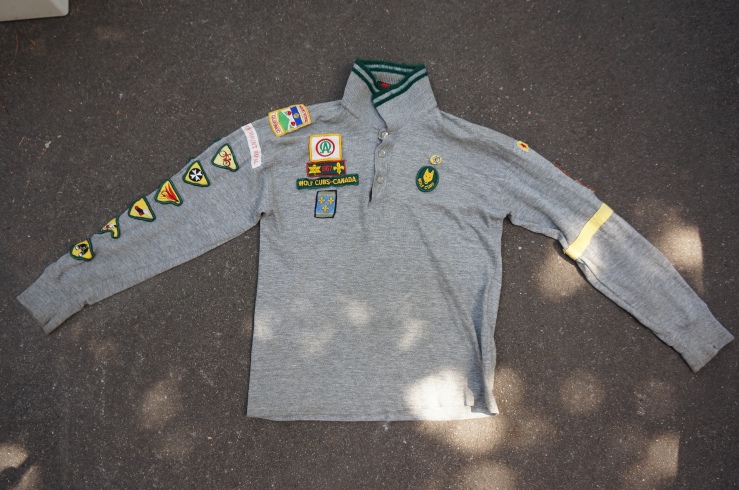 7. Vintage 1960s Wolf Cubs shirt: On eBay for 30$. This was in with my yard sale stuff for quite a while, and at some point I realized that it might be better to list it on eBay. I would have taken 5$, or less at the sale but I ended up making 30. Not bad! 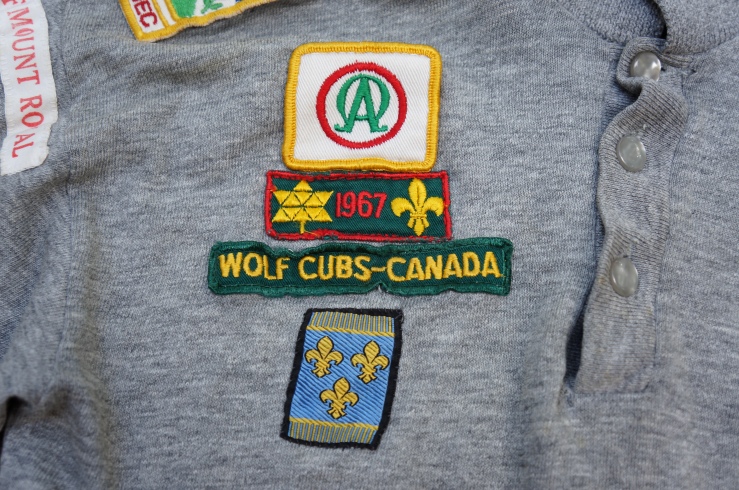 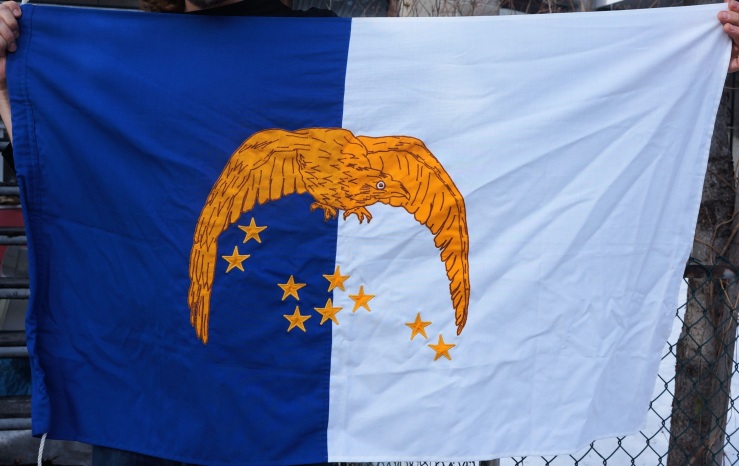 9. Vintage Azores Liberation Front flag: On eBay for 73.72$. The buyer offered me 55$ US and I accepted. Apparently it’s being donated to a Portuguese museum in California, so that’s cool. 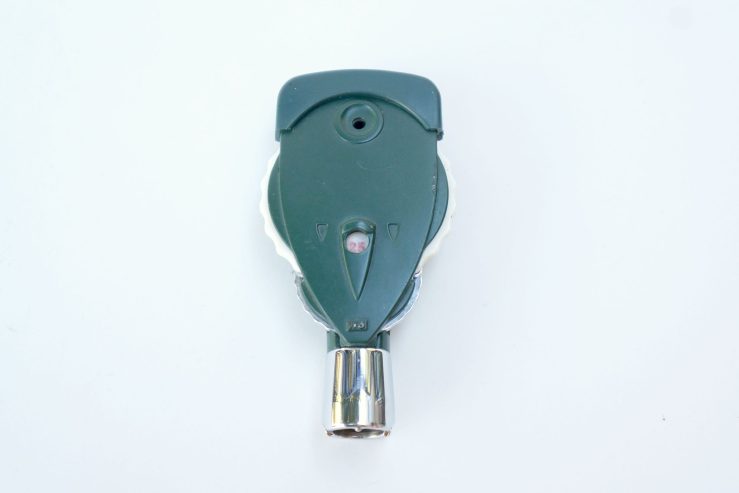 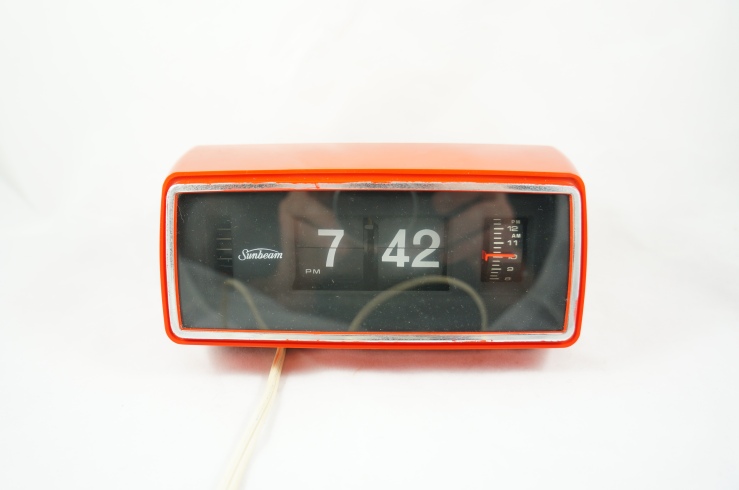 11. Vintage flip clock: On eBay for 55$. These clocks with the flippy numbers always go for decent money. 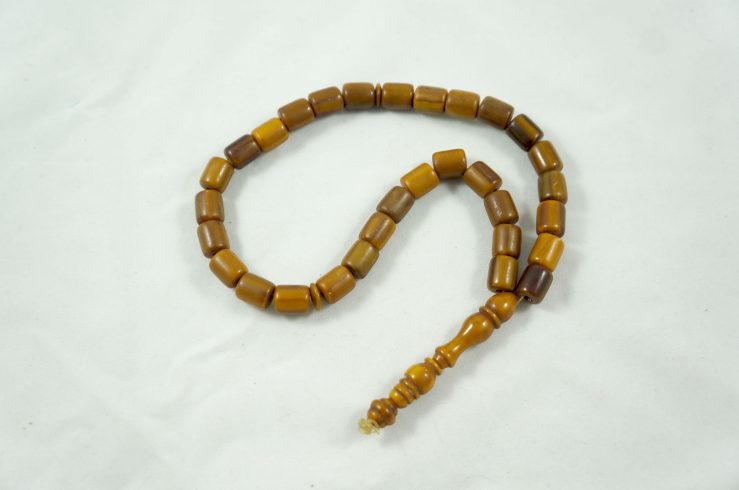 12. Bakelite prayer beads: On eBay for 50$. I found these a long time ago but only got around to listing them recently. They ended up selling quite quickly, even though the colour isn’t particularly attractive. 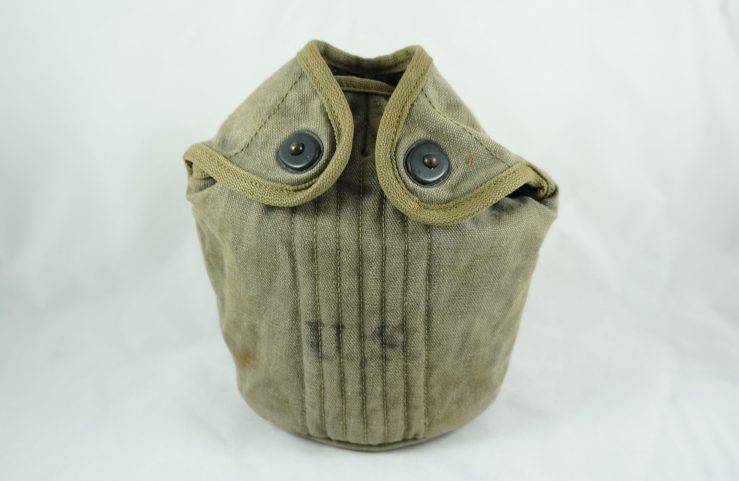 13. WWII US Army canteen cover: On eBay for 35$. This also sat around for a year before I got around to listing it. 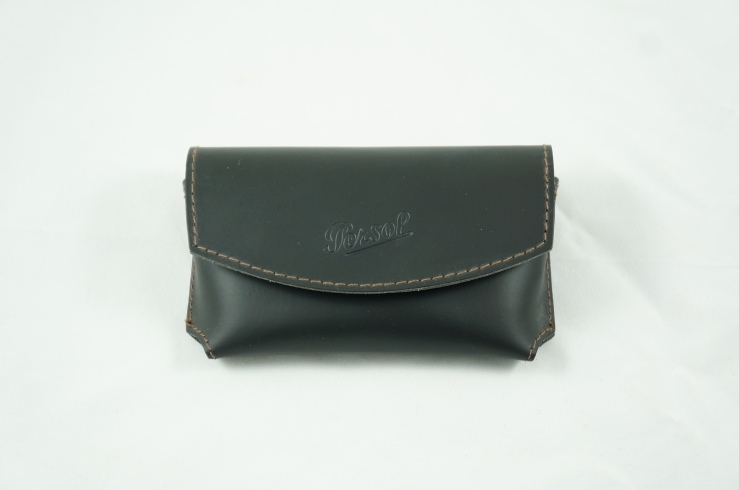 14. Persol glasses case: On eBay for 20$. I actually got my first ever neutral feedback from this sale. The buyer thinks that the case is unoriginal but complimented me on my fast shipping. I thought it looked pretty legit but it’s possible that I judged wrong. Regardless, the feedback isn’t really worth fighting because neutrals don’t affect my seller rating. Plus, as things stand now I get to keep the money. If he had opened an INAD case I would have refunded him no questions asked. 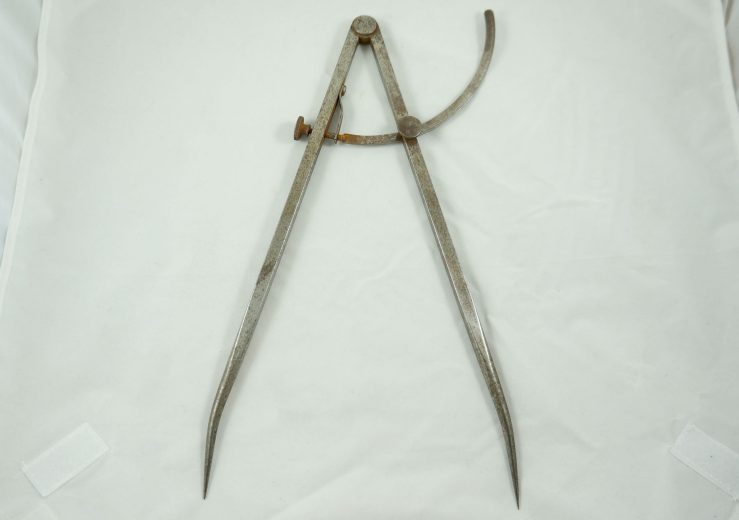 15. Large vintage 15″ compass / caliper / wing divider: On eBay for 80$. I think this thing would have been used for some kind of metalwork. I’ve never seen a compass this big before, so it was fun to find. 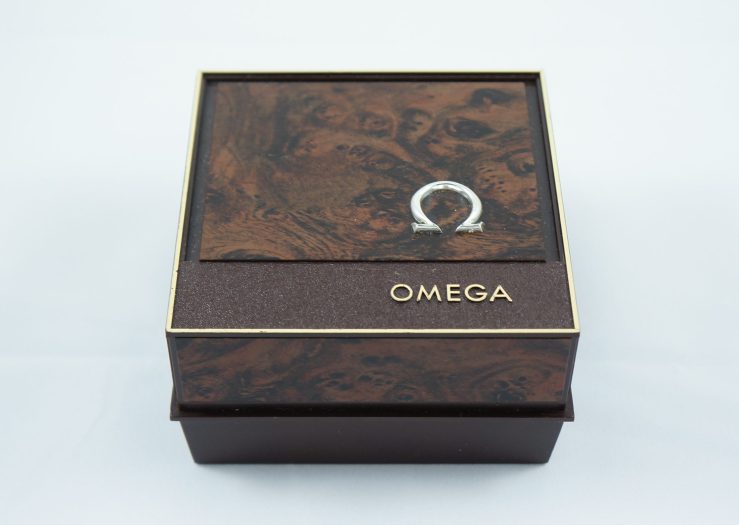 16. Vintage Omega watch box: On eBay for 50$. Unfortunately the inside of this box was empty, otherwise it would have gone for a fair bit more. 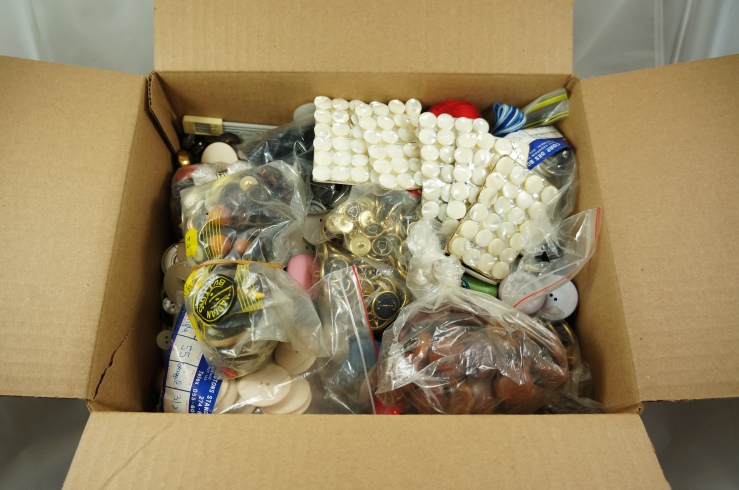 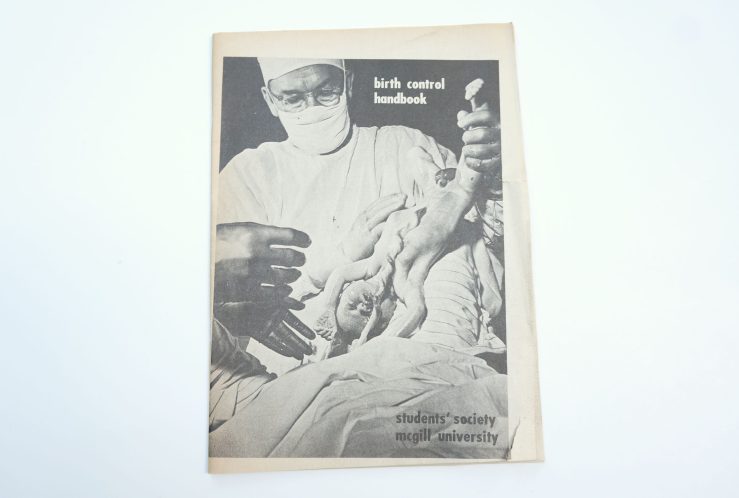 18. Vintage 1960s McGill University “Birth Control Handbook”: On eBay for 100$. These are sort of hard to find (I saw none on eBay) so I just made up a high price out of thin air. The strategy paid off! This magazine was controversial at the time; it promoted abortion as a birth control option while the procedure was still illegal. 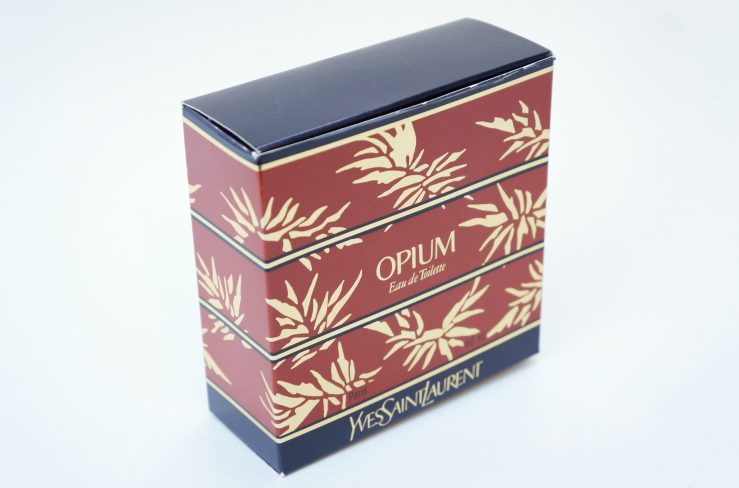 19. YSL Opium EdT, old formula: On eBay for 120$. This was the second of two unused Opiums from that great perfume haul in November. 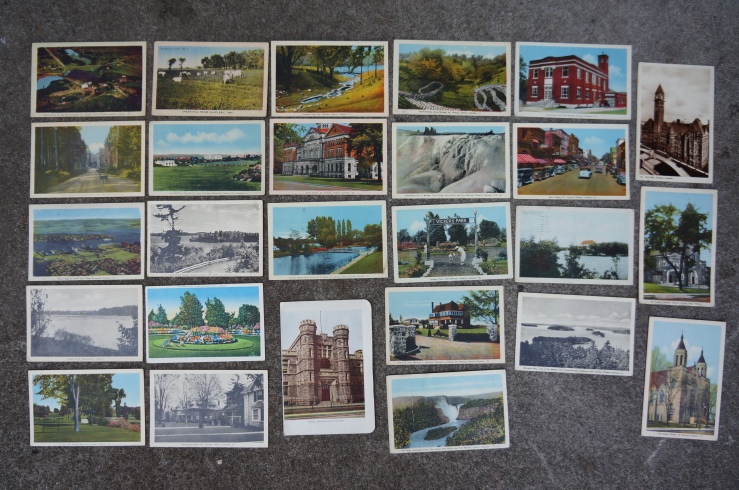 20. Vintage Ontario-themed postcard lot: On eBay for 15$. I don’t have too many postcards left either. 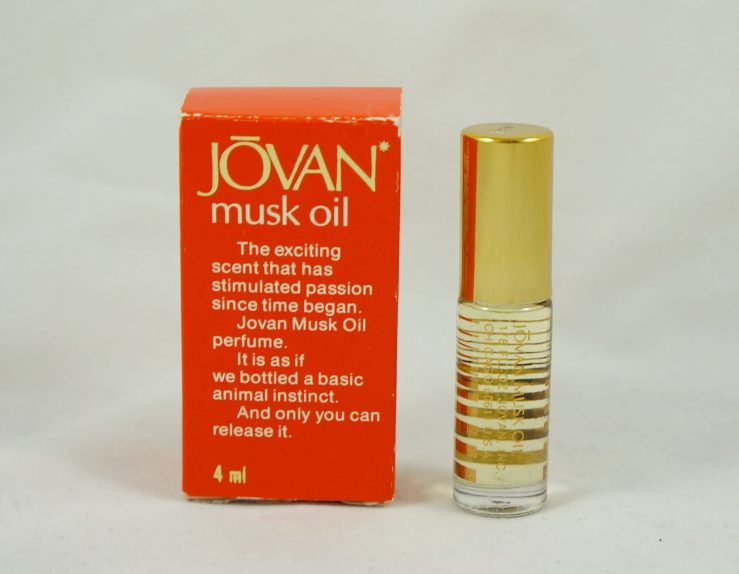 21. Jovan Musk Oil: On eBay for 65$. The first of two vintage musk scents to sell this month. 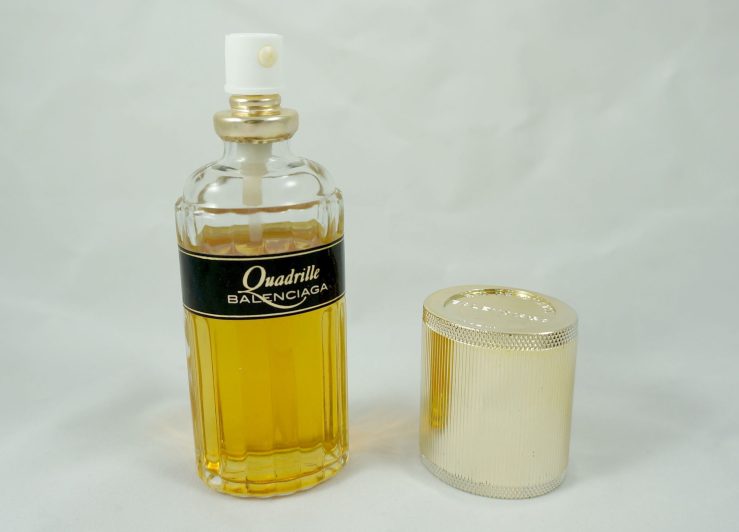 23. Quadrille by Balenciaga: On eBay for 55$. Another bottle from that big perfume haul. 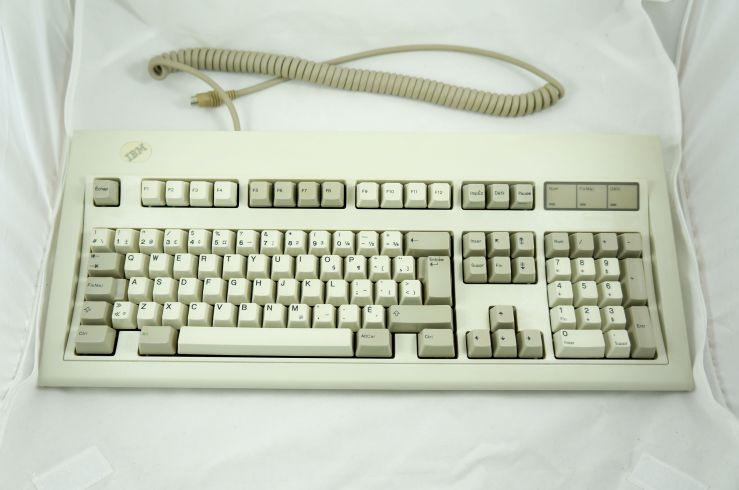 24. Vintage Model M “Clicky” keyboard: On eBay for 160$. I got a pretty good price for this guy. It was in great cosmetic condition. I actually have a similar keyboard in the basement that I once used with my desktop computer, and if that one still works I’ll list it as well.

25. Ral Partha D&D figurines: On eBay for 45$. Not a bad price for these guys. I found them in front of an apartment building not far from my house. 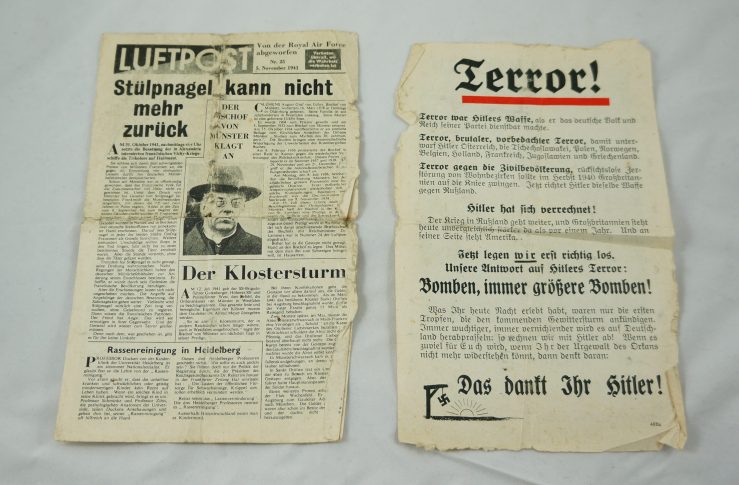 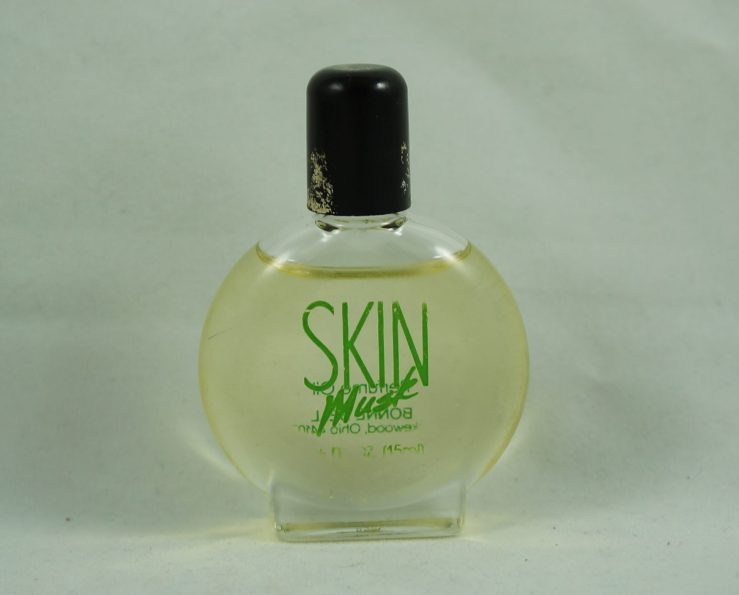 27. “Skin Musk” by Bonne Bell: On eBay for 60$. As mentioned in my last post this vintage musk oil was probably my faster flip ever. I found it in the morning, listed it in the afternoon, sold it six minutes later, and mailed it before five (which is when the mail truck comes to pick up the packages at my local post office). I always appreciate a quick flip, but that was kind of ridiculous.

28. Bronson Royalist fly fishing reel: On eBay for 40$. The buyer was pumped that it came with a usable fishing line.

29. Sterling silver Star of David pendant: On Etsy for 25$. I can’t find the picture of this on my computer but here’s the listing if you’re curious. 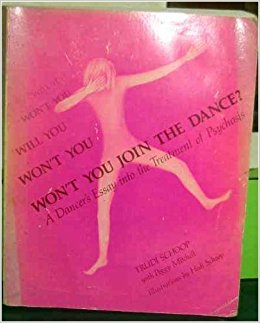 30. Won’t you join the dance? A Dancer’s Essay into the Treatment of Psychosis: To a friend of a friend for 60$. Funny story this. I found a book similar to the one above a while back, where exactly I can’t remember. I thought the subject looked interesting and I put it in my bookshelf. Like most of the books in my bookshelf though I never got around to reading it.

Recently, a friend of mine was looking for something to read and came across the book. While reading it a friend of his saw the book and really wanted it because the subject is related to her field of interest. She got him to ask me for a price, and I decided to look it up because sometimes these unusual books are worth good money.

As it turns out this was one of those books. It’s been out of print for a while but is pretty desirable for a certain group of people. It’s hard to find a copy for sale for less than 100$. She really wanted it though and we settled on a price of 60$. I probably could have gotten more, but I appreciated the quick and rather effortless sale. Plus, to get more I probably would have had to sit on it for months, maybe even years.

This just goes to show how many different things can be worth money! And try as you may you’ll never know about all of them. 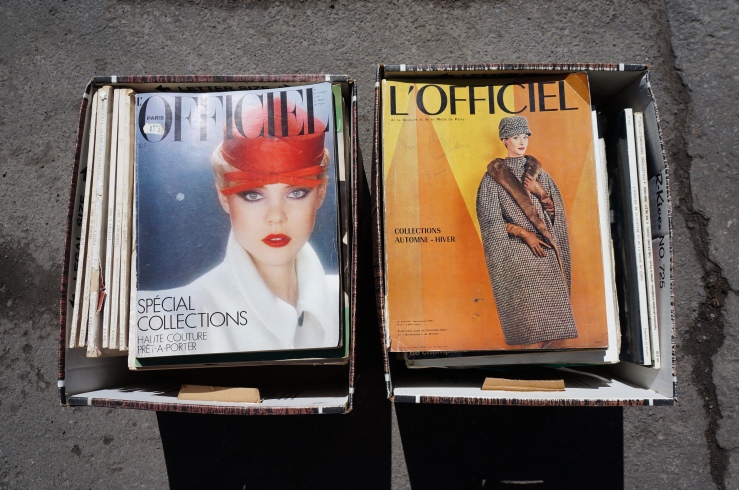 31. Vintage magazines: To a friend for 80$. Most were 1960s fashion magazines that I found last year, but I also threw in a few vintage Playboys that I found more recently. I had plans to list these on eBay, but the ones I already have up there aren’t doing particularly well and I decided it wasn’t worth my time to list more. They’re just not in good enough condition to be of much value to a collector. These magazines are gold to a collage artist however.