I’m having another yard sale this Saturday if anyone wants to come! I’ll be at 5051 Brebeuf from 12-6pm – maybe a bit later if things are going well. 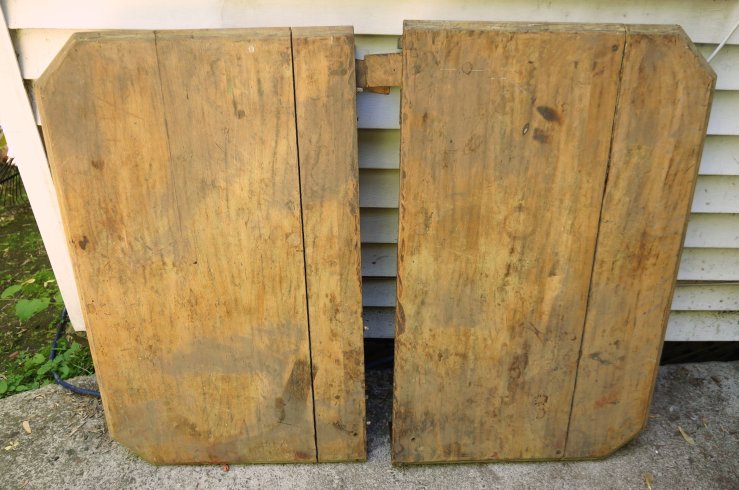 I’ve been going to Saint Michel regularly this past month or so, in large part because the trash there is picked up the same day as in Ahuntsic. Saint Michel is a funny choice because it’s not a particularly rich neighbourhood, in fact it’s one of the poorest neighbourhoods in the city according to this map.

When I go to wealthy neighbourhoods I’ll most often find something that makes the trip worthwhile, if not particularly exciting. When going to Saint Michel (or other working class neighbourhoods) I’ll often come home empty-handed. Picking there is like looking for a needle in a haystack, but there’s always the chance that I’ll come across truly great. It hasn’t happened yet, though.

Either way, I have saved a bit of neat stuff on these runs. Just nothing that will make me a fortune. My roommate works with wood, and thinks she can make this vintage table top look really nice. If the project works out I’ll share a before and after! 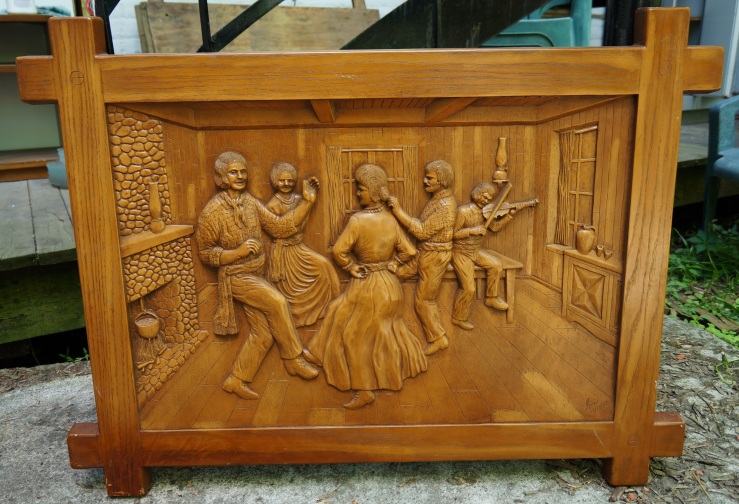 The same spot provided this wall hanging. It’s made from moulded wood chips and would probably look best in a cabin. It’s signed by a “Gui” and dated 1972.

I also found this old contraption. Do you know what it is? There are sturdy hooks attached to both ends, which might give you a hint. It seems a bit out of place in the city, though a lot of these neighbourhoods were farmland not long ago. 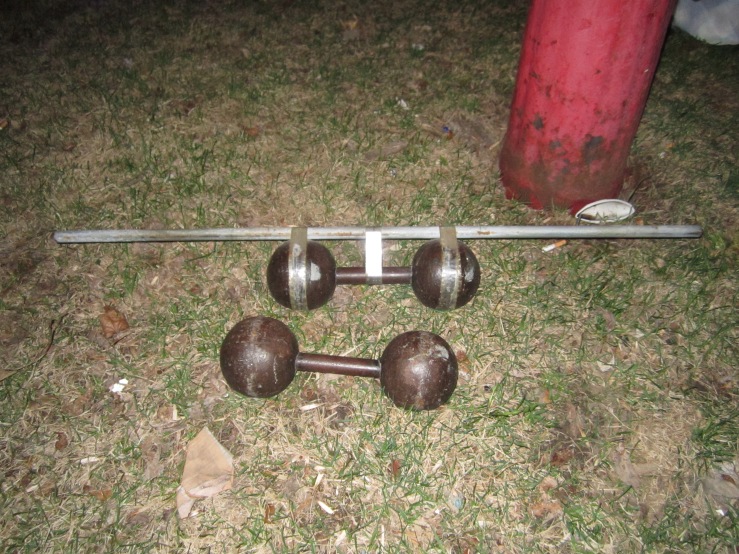 Otherwise, Saint Michel provided me two vintage 25lb barbells (one of which was taped to a metal pole, so that the previous owner use it to do some scary lifts) … 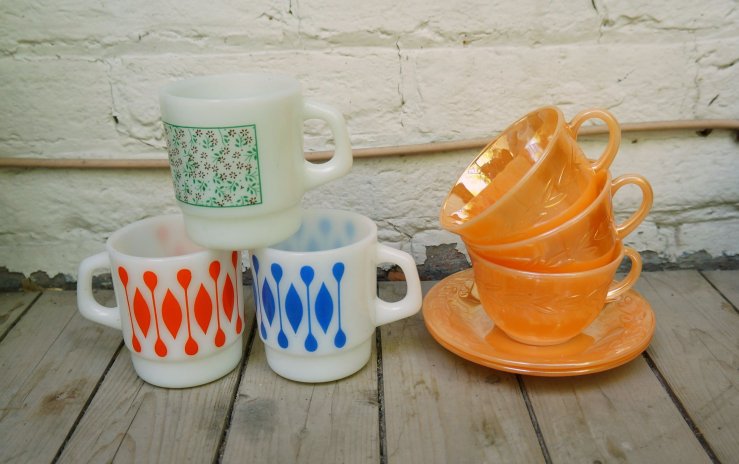 … and some vintage mugs and cups. The cups and saucers on the right were made by Fire King. Some old Fire King stuff goes for a lot of money but these aren’t particularly valuable. On the right are knockoff Pyrex mugs made by a Mexican company called Termocrisa. They may be imitations, but they’re still well made and feature cool vintage designs. 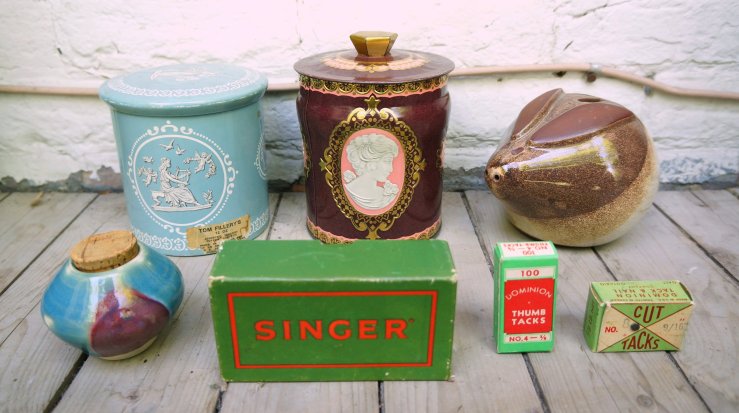 In Rosemont (which is slightly more well-to-do according to that map) I saved some buttons (inside the tins), some nice pottery …

… and a cool vintage IBM typewriter. It’s an old Selectric, which was apparently a very popular model back in the day. I have it listed on Kijiji for 80$. 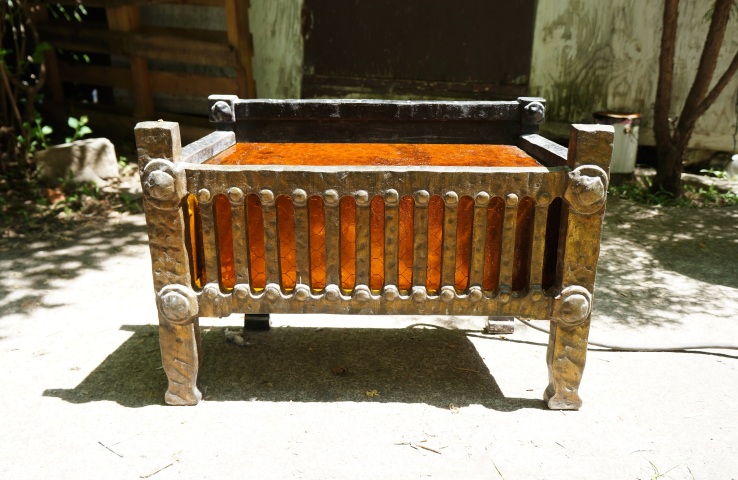 I found this neat near-antique electric fireplace just down my block. 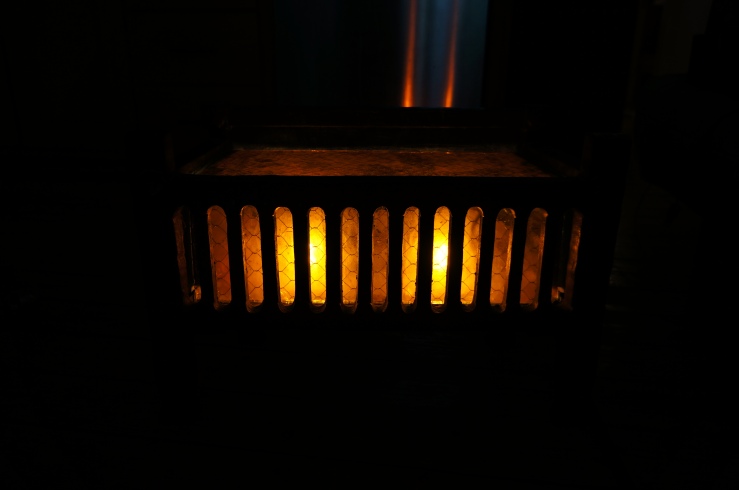 It was made in Montreal in the 1920s. I’m not sure if it’s intended to be a decoration or an actual heater. 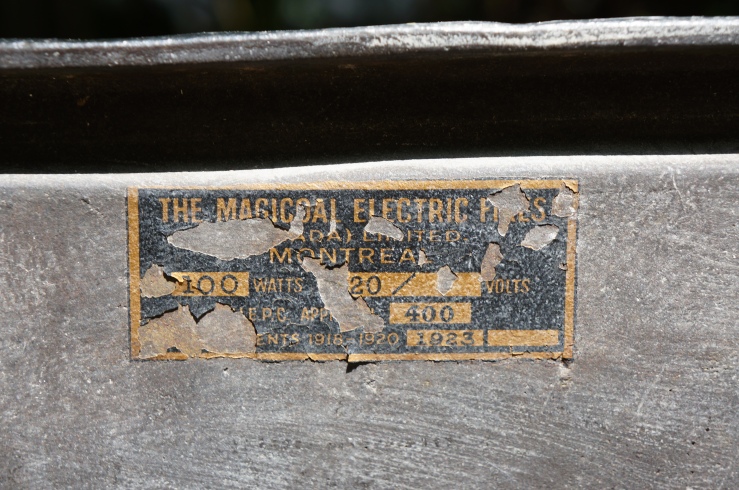 The company that made it was called “The Magicoal Electric Fires.” One can safely assume that they’ve gone the way of the dodo. 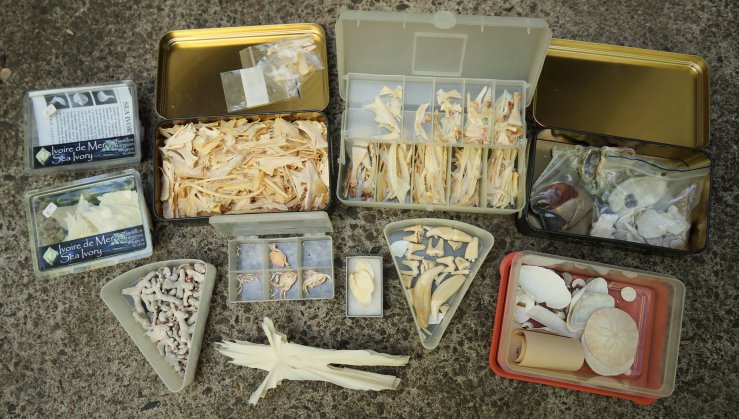 A different spot in the Plateau produced a whole bunch of shells and other sea objects. There’s some sand marked as being from Gaspesie, so maybe this was picked up while beachcombing there. 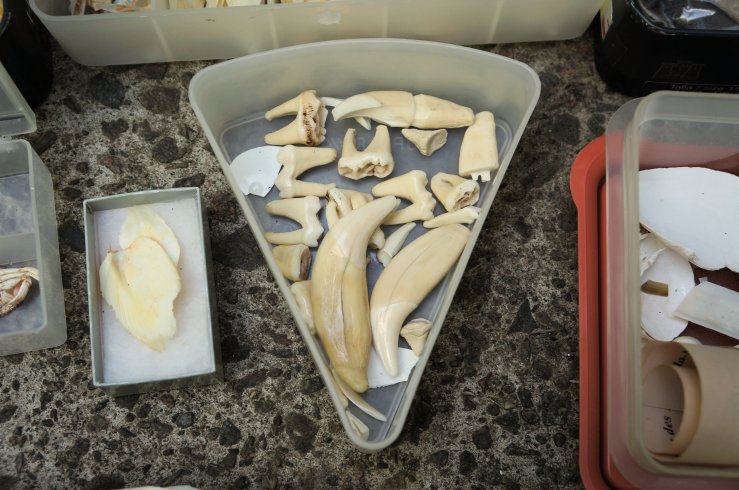 There are a fair number of teeth in the collection. If anyone knows what animal these came from let us know in the comments! I would assume that they’re from a sea creature, but I can’t be sure.

Found lots of paranormal / new age / magic books last night. They'll be at my next yard sale this Saturday if you're into that #Garbagefinds #garbage #mtl #montreal

Otherwise, I saved a whole bunch (a lot more than shown here!) of books related to magic, the paranormal, astrology, and alternative and new-age medicine in TMR. I don’t personally have an interest in any of these topics, outside of the herbal medicine stuff, but lots of other people do. Come to my yard sale if you want to check them out!