I made plenty of nice finds over the last couple of weeks, including these four sealed bottles of booze. They were wrapped in paper and placed in a black trash bag. This is actually the first time I’ve ever found a closed bottle of modern booze – the Smirnoff could just as well have come right from the shelf of the SAQ. There was also a port wine that seems new enough, a low alcohol chardonnay which I left on the curb (where it was found by someone else), and a bottle of a Gilbey’s Golden Velvet whisky. The bottle of whisky is marked as being from 1967, and I should probably do a bit more research to see if it has any value.

The same people tossed out a bunch of other decent stuff, including a seemingly brand new Bionaire heater, several flower pots, a coffee grinder, and a pair of skates. There was a “sold” sign out front of their very nice house, meaning the purge was likely due to their impending move. Maybe the tossed heater means they’re moving somewhere warmer!

While taking a walk in Verdun a friend and I came across around 7-8 bags full of books. Most were paperbacks from the 60s-70s, which I like for their often eccentric covers. There were several classics, including a few by George Orwell, but I also saved a selection of kitschy, weird, and comically dated novels. For whatever reason I get a kick out of having those at my yard sales. My favourites might be the four novels about cats (at the bottom), one of which is Thomasina, “the beloved story of an enchanted cat and the lives she changed forever.”

There were a few older books, including this very nice 1895 copy of Through the Looking Glass. 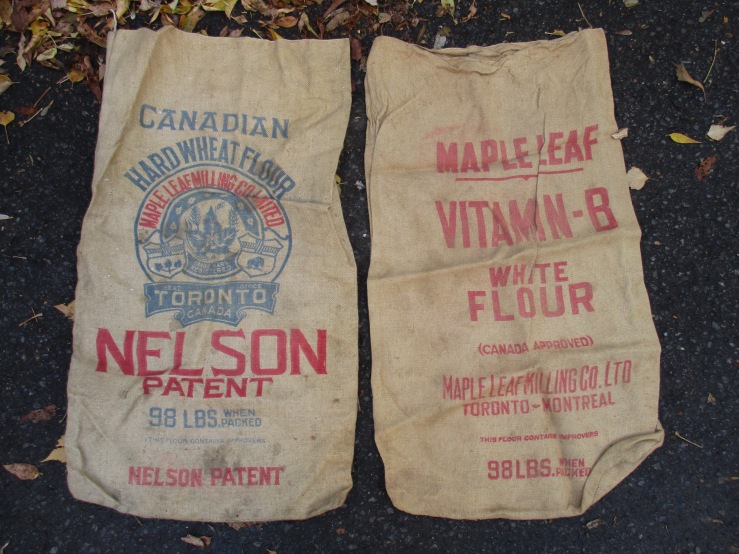 I also saved several vintage burlap sacks. A couple sold for 1$ each at my most recent yard sale. 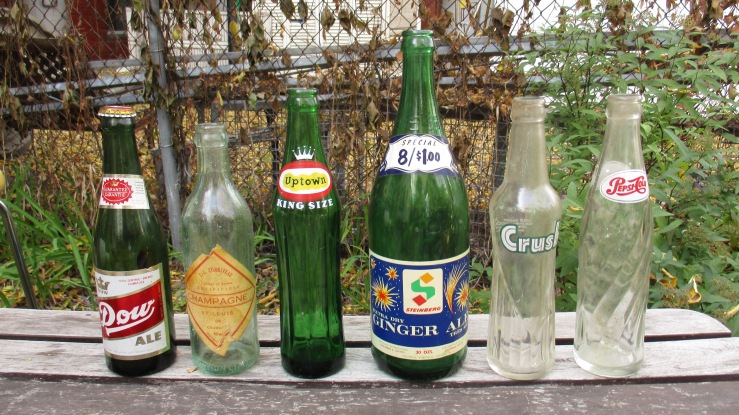 I found a nice little bottle collection not far from my home in the Plateau. I sold all but one at my most recent yard sale for 1$ each (a good deal!). I kept the JL Corriveau champagne bottle (second from left), which looks to be a bit older than the others. I’ll do a bit more research before letting it go. 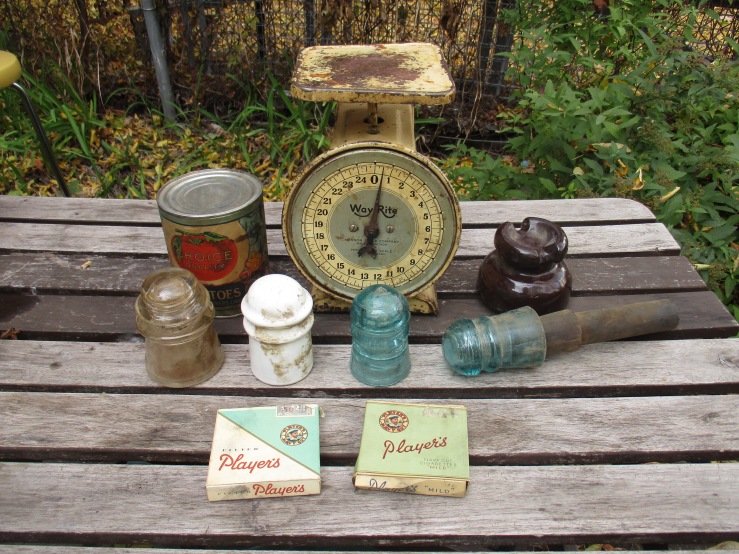 … and this old cast iron doohickey. Any ideas what it might be? It measures about 8″ long and wide, with a part that points upwards at an angle. 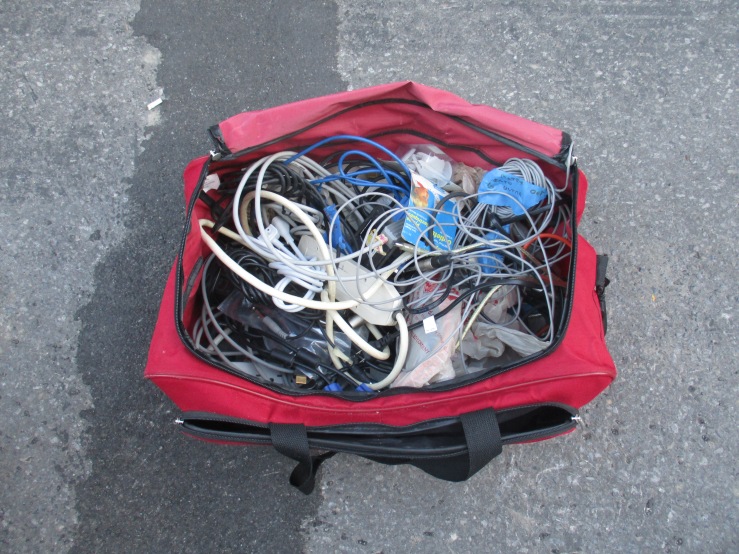 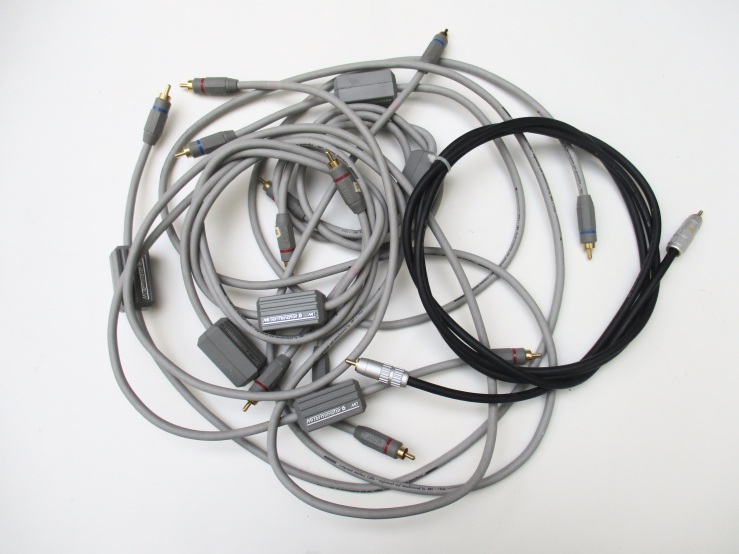 … some of which were MIT audiophile cables that I might be able to sell for decent price (Mount Royal); 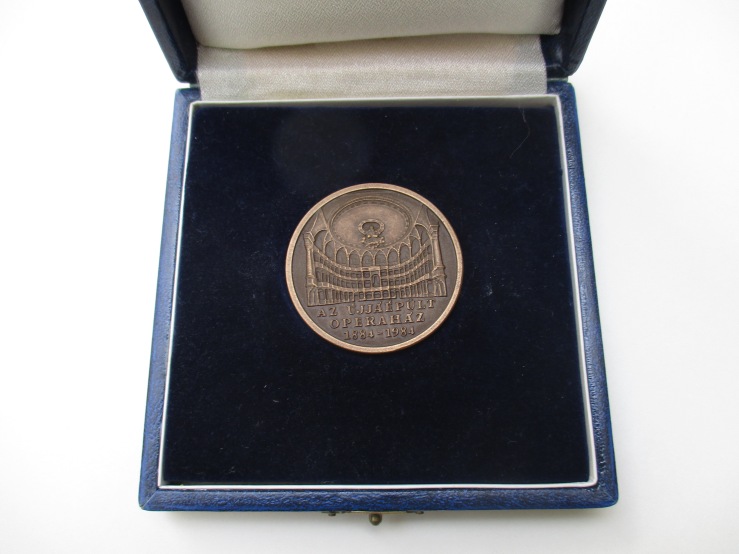 … a token commemorating the 100th anniversary of a Hungarian opera house; 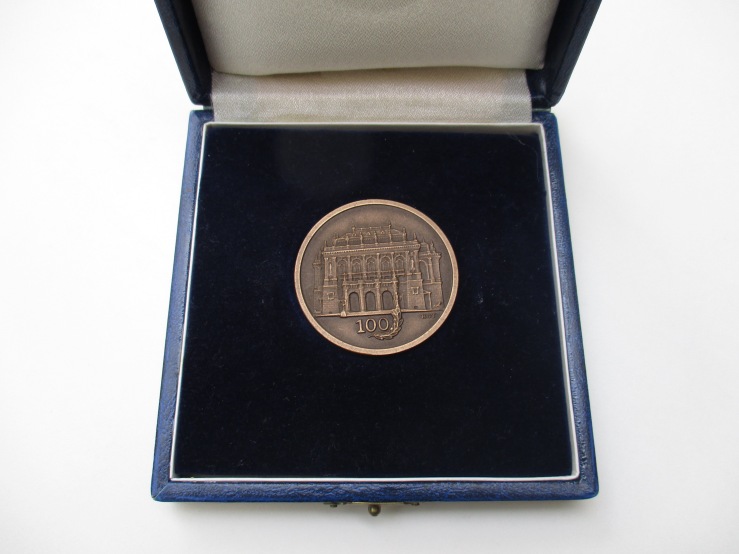 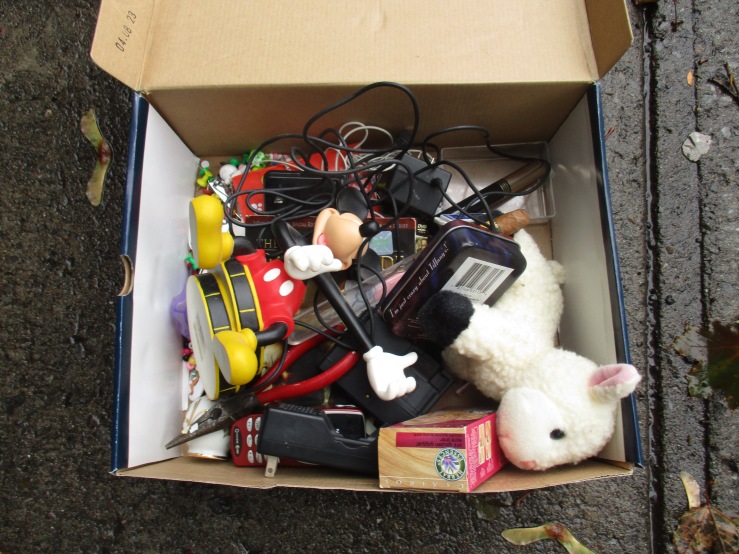 … a box of junk, inside of which was some silver jewelry, a vase, and a crappy cell phone (Montreal West); 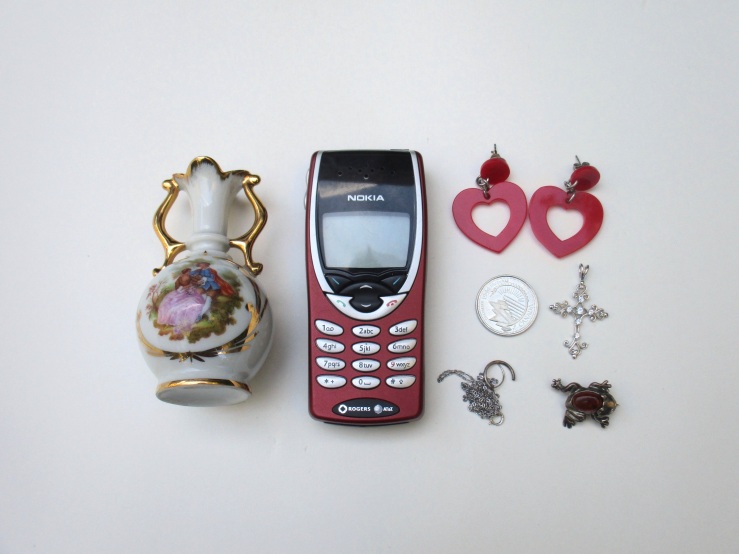 … two man-cavey fake road signs (24 Manny Ramirez Drive and something A-Rod Way if I remember right) that I sold for 2$ each (Montreal West);

… a nice stand, which I’ve since put in my room (Westmount adjacent);

… a bag with real leopard fur inside (Mount Royal);

… an antique sewing machine attached to a busted table (I was able to remove the machine from the table, and sold it at my sale for 5$ – Mount Royal);

I made a very nice sale last week. I’ll let you know what it was in my upcoming sales summary post, which should be out later this week. In the meantime, let’s hope that the good finds continue! I haven’t found gold in a while, so some of that would be nice…