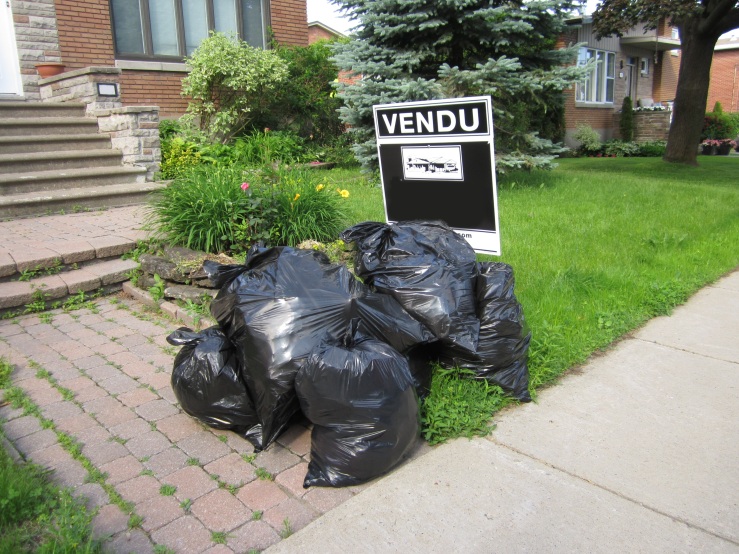 On Thursday I went to Cote St-Luc. I stopped at a place that provided a few nice knockoff designer bags last week. This time around there was a bunch of clothes and … 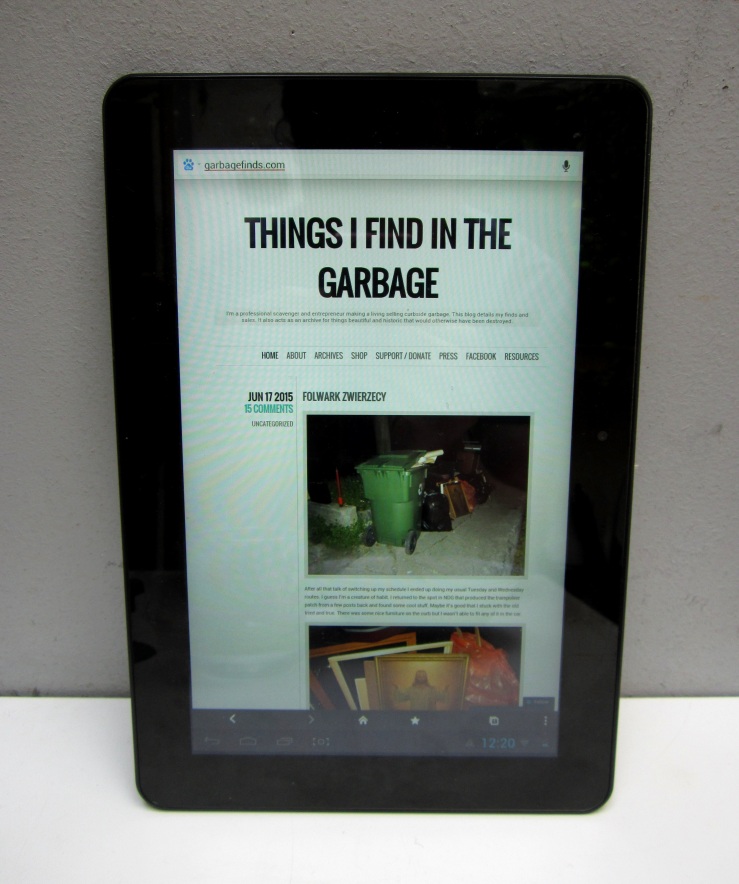 … a working tablet! It’s an Ainol Novo10 Hero, which despite being a relatively cheap model has received positive reviews. Brand new the same machine sells for between 110-190$

on eBay, shipping included. From the looks of it this tablet was never used.

I’m always a bit surprised when people throw out perfectly functional electronics. I’ve now found several iPods, a few working laptops, and two totally functional tablets. I guess these devices are just so cheap to make these days, and some people aren’t happy unless they have the most recent model.

I traveled all across the city on Friday. I started in Montreal West but found little. After that I moved on to Ville Emard, a historically working class neighbourhood. To succeed in these blue collar neighbourhoods I have to get fairly lucky – most people living there can’t afford to throw out stuff like working tablets. Once in a while I’ll find great stuff though, mostly when people clear out houses.

I stopped at this spot in Ville Emard because of the old box of bottles at the front of the pile.

They were from a Centre de liqueurs populaire in St Hubert. I took them because they were vintage (likely 1970s) and cool looking. I googled the brand and nothing came up, I guess the company wasn’t well known. I ended up leaving them on the curb near my house for someone else to find.

I opened the recycling bin and found a plastic bag full of ceramics. Another bag held a few art glass pieces. The bird at left and the fish vase at center survived the trip without any notable cracks or breaks. The bird at the right wasn’t so lucky. 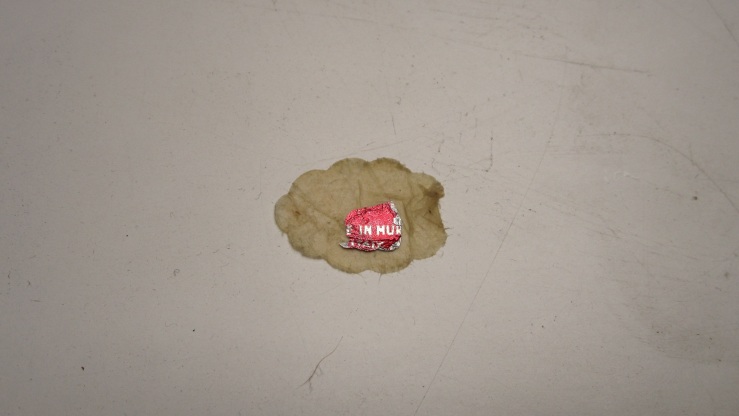 This well-worn sticker was barely stuck to the bottom of the broken piece. It looks to have been Murano glass, which is a fairly collectible type of art glass. (You can see an undamaged sticker here). I suspect the fish is also Murano glass – it looks pretty similar to some of the Murano glass pieces seen here

I found my best stuff though when passing through Westmount on my way home. I stopped at a place I had made a note to keep an eye on having made a few minors finds there the week prior. A woman came out with another bag of trash while I was looking around. I said hi, she said nothing back and looked mildly displeased. She didn’t ask me to leave though so I continued on with my work. 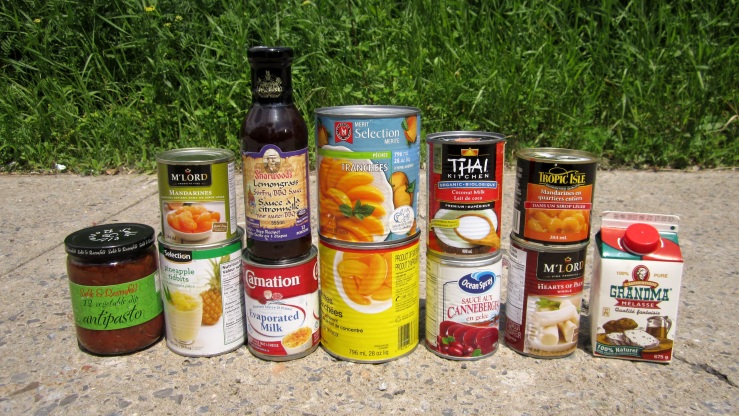 One bag contained a bunch of tinned food. One can was bulging, a classic sign of spoilage. The rest was fine. 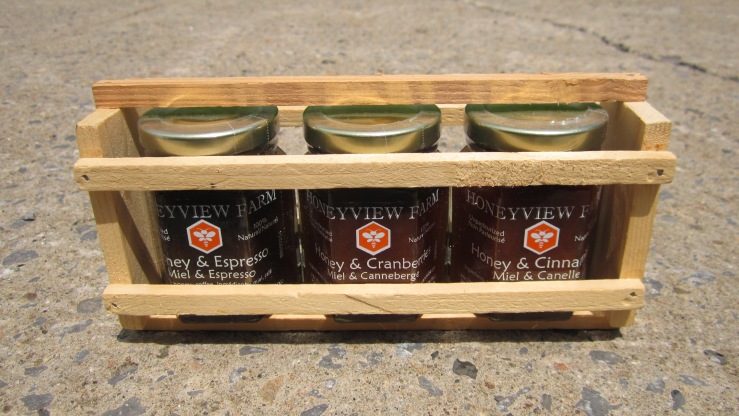 This wooden case held three sealed jars of honey. Honey is apparently one of the only foods that never goes bad. Still, I’m not sure how I feel about that espresso-flavoured jar…

A couple of the black bags held some particularly interesting items. In one bag was a booklet, likely some kind of agenda. Tucked away in that booklet was … 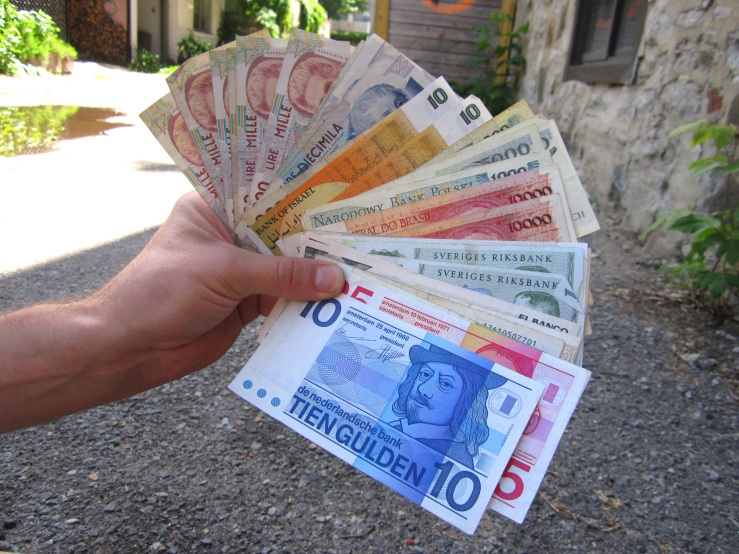 … a big collection of foreign bills!

Unfortunately, due to various currency changes most of these are no longer legal tender. The Italian lira is long gone, replaced by the euro back in 2002. The Belgian franc and Dutch gulden suffered the same fate. The Brazilian cruzados was replaced by the real. Other currencies, like the Polish złoty and the Mexican peso underwent redenomination, making these bills mostly obsolete.

I brought these to my bank and local currency exchange to see if any could still be traded. They weren’t able to buy any, but they did suggest that the bills were (or would become) collectible and that the serial code might make some of them more valuable. Both tellers seemed to quite enjoy looking through the old bills.

So, I have a bit more research to do. I may end up stashing these away in hopes that they become more valuable with time. No matter what, they’re cool pieces of paper history!

More instantly valuable were the coins I saved. I found several at the bottom of the same bag. I picked them out, putting them in a nice stainless steel container. There were six British one pound coins in the collection. I brought them to the currency exchange place along with a few other coins I had found previously and made 16$ in all. Not too shabby! I had forgotten that the currency exchange accepted certain coins. It’s a good thing to note for the future, as people collect (and then throw out) foreign coins on a fairly regular basis. 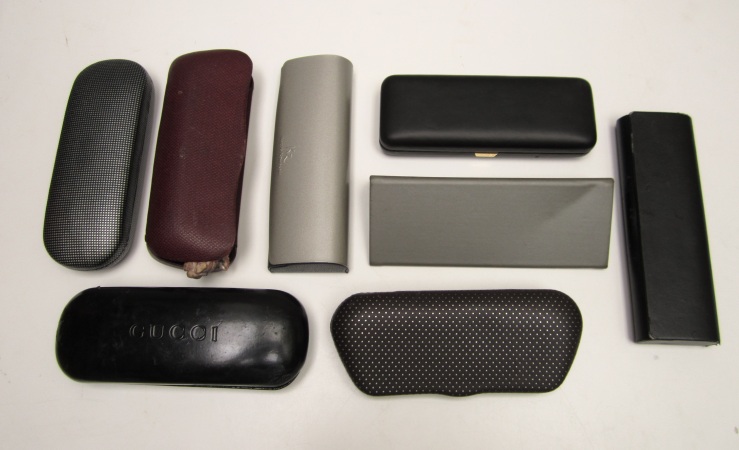 I also found a collection of glasses; …

… two stone Chinese stamps, apparently made out to spell Western names (these were stored inside a glasses case for whatever reason);

… an odd pendant (any ideas as to what it’s supposed to be?);

… and a nice collection of cufflinks. I should be able to make some decent cash from these, particularly the ones second from the left on the top row.

The cufflinks are by Marcin Zaremski, a Polish modernist designer. They’re made of sterling silver and feature a piece of inlaid amber. They’re quite beautiful and I expect they will sell for around 100$. The sterling silver Aztec calendar cufflinks (to the right in this photo) are also pretty cool and should sell for around 30$. I’ll definitely be checking this place again next week in hopes that they toss more valuables!

I anticipate there being a lot of stuff on the curb this week. The famous moving day is quickly approaching, and many people are already packing up, moving out, and tossing their undesirables. As usual I’ll let you know when I find something good!