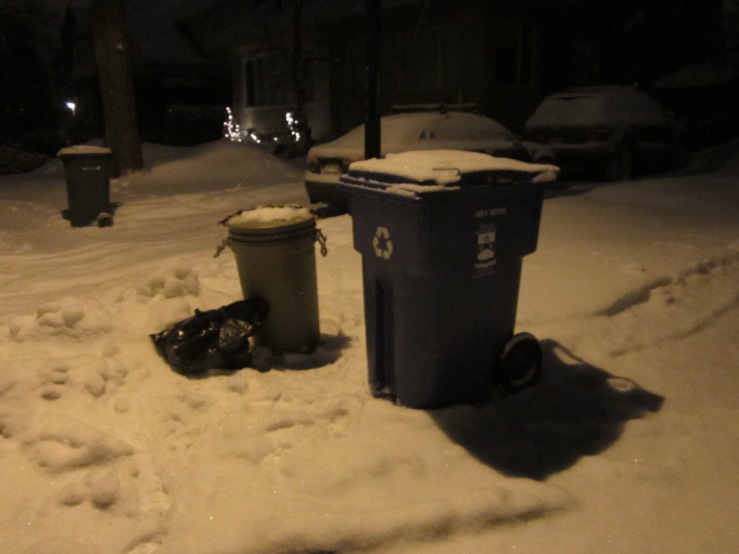 I worried last week that I wouldn’t find much to show you. The roads were still terrible, and a cold front came through town making picking (and tossing) fairly unpleasant. Monday and Tuesday went by without producing any noteworthy finds. My run Wednesday at midnight provided the first good finds of the week.

One house for sale produced this cool nautical porthole mirror. It’s about 11″ in diameter and seems to sell for around 40$ (plus a bunch in shipping) on eBay. I might keep it myself though as it’s a great decoration.

I stopped at another place because there seemed to be an unusual amount of trash on the curb. Inside the bags were the remains of Christmas, wrapping paper and boxes for high-priced consumer goods. There was also one shopping bag that was filled with jewelry and make-up. 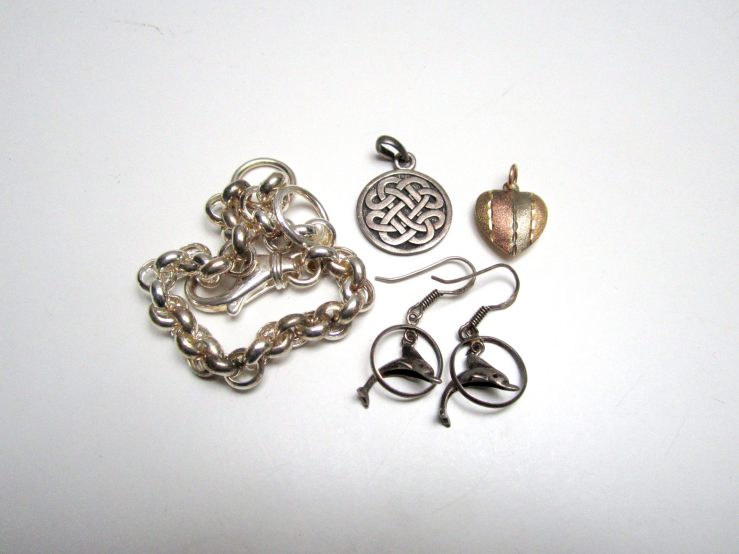 Most of the jewelry was nice costume stuff, but there were also a few pieces of sterling silver. It always amazes me how often people casually toss silver, given how for much of human history it’s been a precious metal. I figure I found silver nearly every week last year. The gold heart pendant might be gold, a nice find it if is.

This spot in Verdun was the one that salvaged my week. It’s the same place that gave me the old songbooks last week.

Many of my finds were put into the recycling bin in bags like this. This specific bag contained a few more knick-knacks, while others mostly contained old papers.

There was a lot of cool old stuff here. My favorite of these vintage cookbooks is the one on the far right – a copy of “New Cake Secrets” published in 1936. Written in pen on the front cover is “ce livre est tres bon, je l’aime beaucoup” (this book is very good, I like it a lot).

On the inside cover is written: “ce livre est a conserver … maman et moi l’aimons beaucoup” (this book is to be saved, mom and I like it a lot). 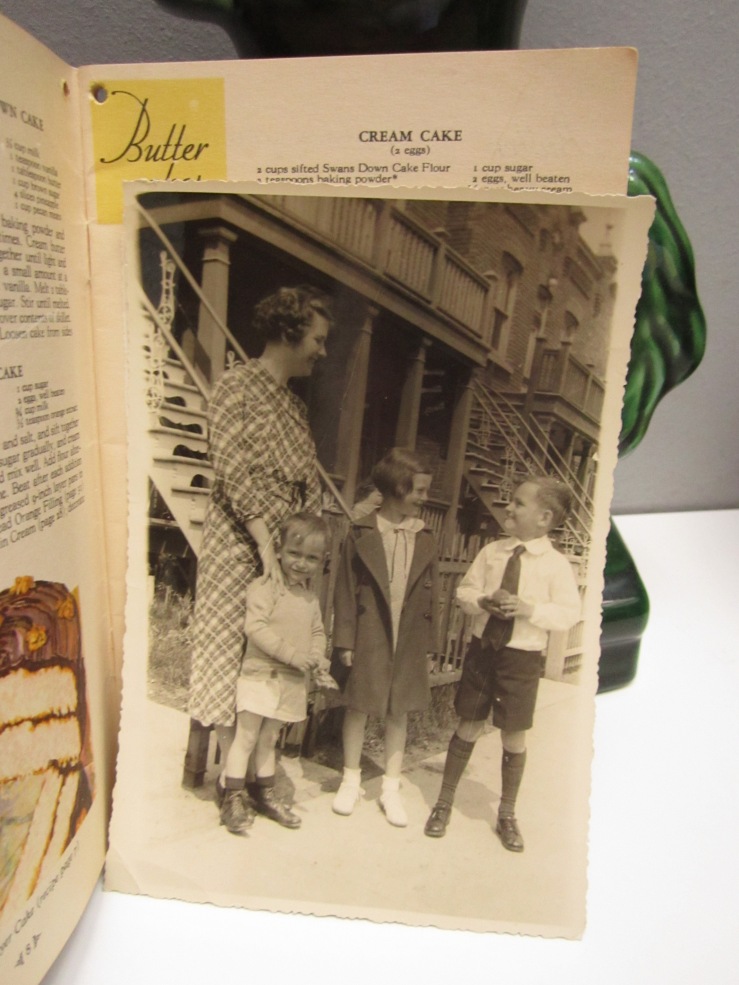 As well, this charming old photo was tucked away inside its pages. It’s a nice Montreal street scene, probably made around the time of the book. The kids seem very happy.

This beautiful small trinket box was filled with old mementos of child rearing. At top is a collection of cuts of hair, and underneath are a collection of baby teeth (which likely fell out of the kleenex they were wrapped in). The larger circular object looks to be some kind of ancient biscuit.

One of these old metal pill tins contained a surprise that I only discovered later on when sorting through my finds. I love when that happens!

Inside one was a collection of old Montreal bus and tram tickets, all of which seem to be from the late 40s or early 50s. Montreal’s trams are long gone (since 1959), though there is some talk of bringing them back. These have a bit of value as collector’s items.

I also saved a bunch of neat fortune-telling related stuff, including a few different card decks. This one, the “Gypsie Lore” set is likely the coolest.

It was made in the 1920s or 1930s. Most of the cards are dotted with black marks that look and feel a bit like old wax. They sell for around 40$ in nice condition, but these aren’t quite as nice as others on eBay. I also have to count them to see if there’s a complete set. Either way, the worst case scenario is that they’ll make great yard sale material.

Otherwise, I saved a nice 1940s “Gypsy Witch” card deck (which is in nice complete condition), a Persian Prophecies deck that I gave to a friend, a few fortune-telling related books, and a set of cards that someone wrote all their predictions on. 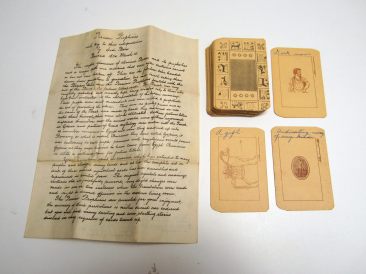 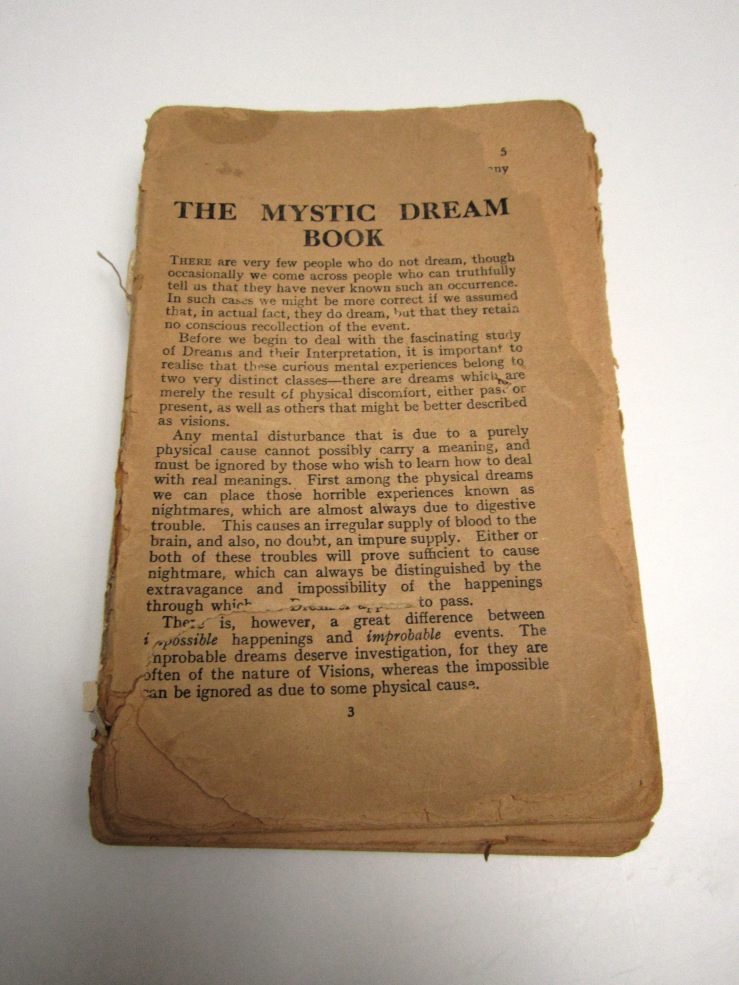 There was also this old mystic dream book, which appears all the more mystic due to the aged paper and the fact that it’s missing both its covers.

It’s pretty entertaining to look through, partly because of how dated it is. Case in point, the “Negro” passage in a section that details the meaning of specific dreamt situations (“It is a sign of quarrels with your friends if you dream of any foreign person”). Another two pictures were tucked away inside the pages of this book.

I like this old heart-shaped St Joseph’s Oratory souvenir. It’s marked as being made in Occupied Japan, meaning it was likely made sometime between 1945 and 1952. The dome as seen on this heart tray was only completed in 1939, so this was made fairly early in the history of the oratory as we now know it.

I brought home a small collection of records, many of which were of the quite old breakable variety. Of the really old records the only artist I recognized was Bing Crosby (doing “When the world was young” and “Domino“).

I also recovered a giant brick of a dictionary (Webster’s) and two French encyclopedias, all of which are from the 1950s. Inside the pages of the dictionary was hidden an ad for that exact dictionary, while a newspaper cutout of JFK published after his death was tucked away inside one of the encyclopedias.

(Just as a reminder, you can access a full-size view of any photo by clicking on it. If it’s a larger photo you will instantly access a page from which you can zoom in, but if it’s a smaller or gallery-style photo you will have to go to the bottom right to find the “View Full-Size” button). 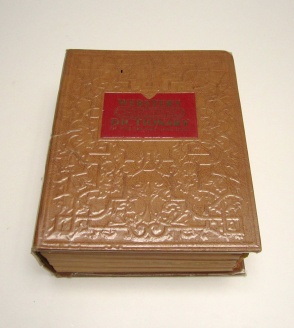 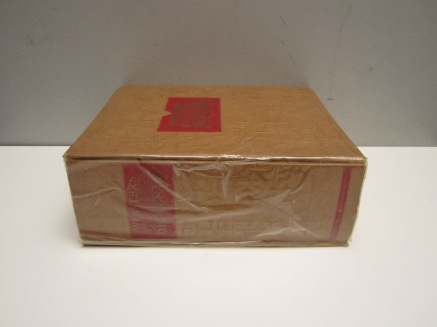 I found a few cool things otherwise, including: a collection of vintage tourist pamphlets and maps; a RFK quote printed in nice calligraphy; a bunch of cool old steno pads and notebooks; a pamphlet containing a list of Quebec dental surgeons in 1958; a vintage label maker; a few Catholic pins and medallions; a “painting” and “frame” made entirely from bark in Pointe-Fortune Quebec; a book by Maurice Chevalier … 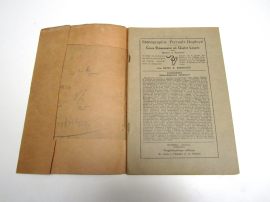 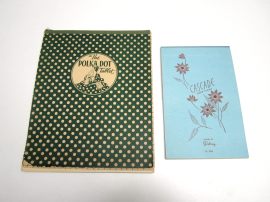 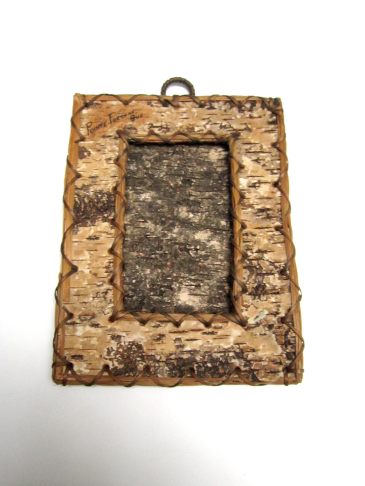 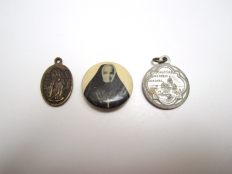 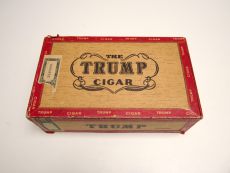 … and a nice retro cigar box. This spot provided some great finds, and I hope to find more of the same this week!

My friend Sarah designed me a garbagefinds stamp for Christmas. It’s pretty cool! I’m going to use it to make my own business cards from random found paper. They’re good to give out at yard sales and with some online sales. She also designed me a new Facebook logo and Etsy banner, both of which will help me look more professional and hopefully sell a few more things. You can see them by clicking the links at the bottom of the page.

2. Nativity set: To a reader for 5$. Found late November in Westmount.

If you have a question, see anything that you’re interesting in buying, or to just want to say hello feel free to email me at thingsifindinthegarbage@gmail.com. I also enjoy reading your comments! Keep in mind that I frequently get behind on emails, so I apologize in advance if I take a few days or weeks to get back to you.