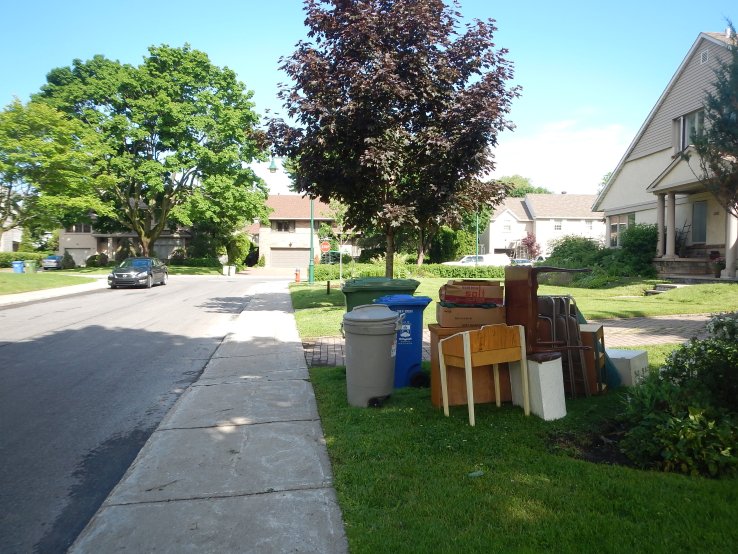 I’m close to being broke. My next month’s rent is covered but beyond that I’ll have to make money to get by. I’ve previously been living (relatively) comfortably with a small amount of savings acting as a cushion.

The main reason my finances have dried up is because I’ve been going to therapy. For the last couple of years I’ve dealt with anxiety and panic attacks related to various intrusive thoughts. They kept getting worse, reaching a point where I would regularly panic while driving on highways and have intense anxiety when going outside of my “comfort zone” near my home. It was severely impacting my life and making my world quite small.

I realized I needed some help around the beginning of April and have been going to see a therapist once a week since. It’s helped a lot and I’m already feeling a lot more “normal.” The only problem is that at 115$ per session it’s really expensive. The extra expense quickly ate up my savings but it was worthwhile – it’s better to be happy than rich! I’m very satisfied with what I’ve accomplished even in just a couple of months. In an ideal world I’d keep going but after my session this Friday I’ll have to take a break and go a lot less regularly.

Therapy has also had an unexpected benefit, helping me become much more organized at doing this odd job of mine. I’ve tended to get overwhelmed by the amount of things I could potentially be doing at any given time (including writing this blog, listing on Ebay, taking photos, building a photography light box and so on) and as a result I’ve waste or inefficiently utilized a lot of potentially productive time. We’ve worked on some scheduling strategies and I’ve become a lot better at time management. The results of this are easily seen on my Ebay account – 17 (of 43) listings have been added in the last few weeks with my last five sales also being recently-added items. Listing more items mean more sales and last week was quite a bit better than usual – more about that later!

I didn’t do much hunting on Monday and Tuesday but made it out today for a run through TMR. I came across a few nice pieces of furniture in front of a house I’ve been frequenting for a while, the same place that gave me the Grey Cup flag and silver pillbox from a couple posts ago. I think these piece had been stored in a basement for some time. 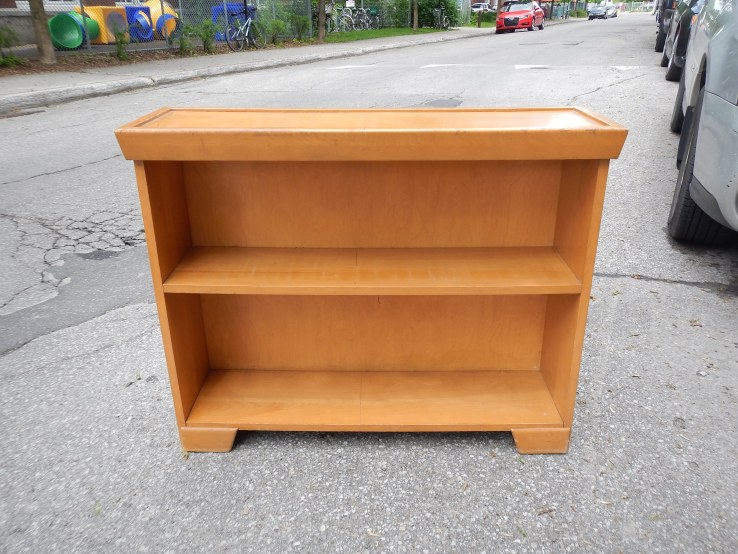 This solid wood bookcase is my favourite piece. It’s in excellent condition, just a bit of sticky residue at the top from old tape that should come off easily. The little table is nice and should be fairly easy to sell as well. 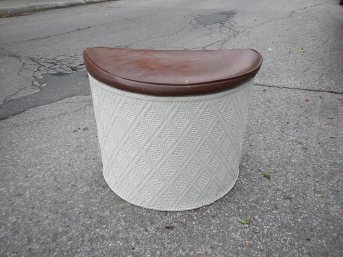 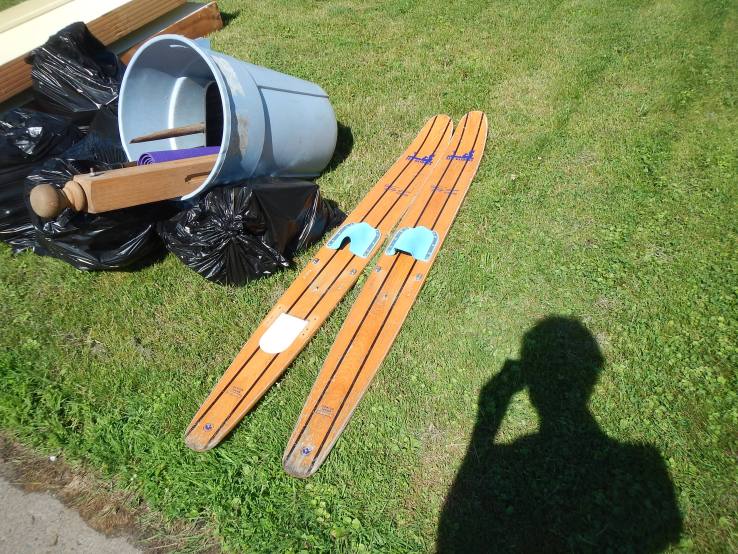 I spotted these vintage water skis later on. The owner came out and tried to convince me to take a nearly brand-new toilet he had also put on the curb. He told me it had only been used for a couple years and that it just didn’t match his new place. I asked him why he didn’t just sell it and he said he didn’t have the time. I was already loaded with furniture and couldn’t take anything more but he was a cool guy.

Water skis similar to this pair have sold for 100$ on Ebay but these aren’t in quite as good condition and seem to be missing the bindings. I think I’ll put them back out on the curb and maybe someone else will find them.

I returned to the spot where I found the Expo 67-related ephemera last week. One bag contained photography bric-a-brac and a lot of expired film. I know people who like, maybe prefer to use expired film so those will find a good home. There was also a roll of negatives from a trip to Egypt in the 60s.

At the bottom of the other bag were these cute little ceramic figurines, the tallest of which is the rabbit at 2″ tall. They’re definitely vintage, the rabbit most obviously so but there are no makers marks.

Let’s get to the money:

Last weeks sales (June 9 – June 15)
-Vintage turkish coffee set: CL for 10$. Found in TMR during the winter, glad to see it gone.
-“Champagne” by Yves St Laurent (perfume): Ebay for 108$. This was a nice sale and the most money I’ve made off a scent so far. I found it in November but only got it listed last week.
-“Gio” by Giorgio Armani (another perfume): Ebay for 50$. Another recently listed perfume flies off the shelf. I think I found this in the TMR last fall.
-1824 German Jewish prayer book: Ebay for 150$. A local buyer bought it so I didn’t have to do any packaging and shipping. This is another piece from the spot near McGill where I found the Nazi Germany passport in late April.
Total: 318$, 810$ since May 18 (when I began keeping track)

If I could make 318$ a week I’d be doing pretty well! It’s not entirely unrealistic if I keep listing things at a regular pace. A good yard sale would be a nice boost as well.

I plan on going out tomorrow but to where I’m not sure. I’ll let you know if I find anything good.