It’s been a quiet couple of days. I decided to sleep in on Monday (thereby skipping my Outremont route) and this morning I woke up to pouring rain which forced me to cancel my Villeray run. I made it out to the Plateau West yesterday evening and I made a few small finds.

I found this camera tripod in the pile above along with two big boxes of VCR tapes and a bunch of musty clothes. I’m guessing this stuff spent too much time in the basement. The tripod is fine, though, and is the third fully-functional tripod I’ve found this summer. I kept the first two (one big, one small) for myself but I won’t be needing a third. I’m going to throw it in the yard sale for, say, 15 bucks – it works fine but it’s not particularly fancy.

These nativity scene pieces were in a bag in front of a house on Drolet near Laurier. They’re all marked “Hand-painted Italy” other than the building pieces in the back which are marked Japan (and don’t really fit with my concept of what a nativity scene looks like). A few are broken but others are in pretty good shape. There might be a bigger market for these as Christmas approaches. 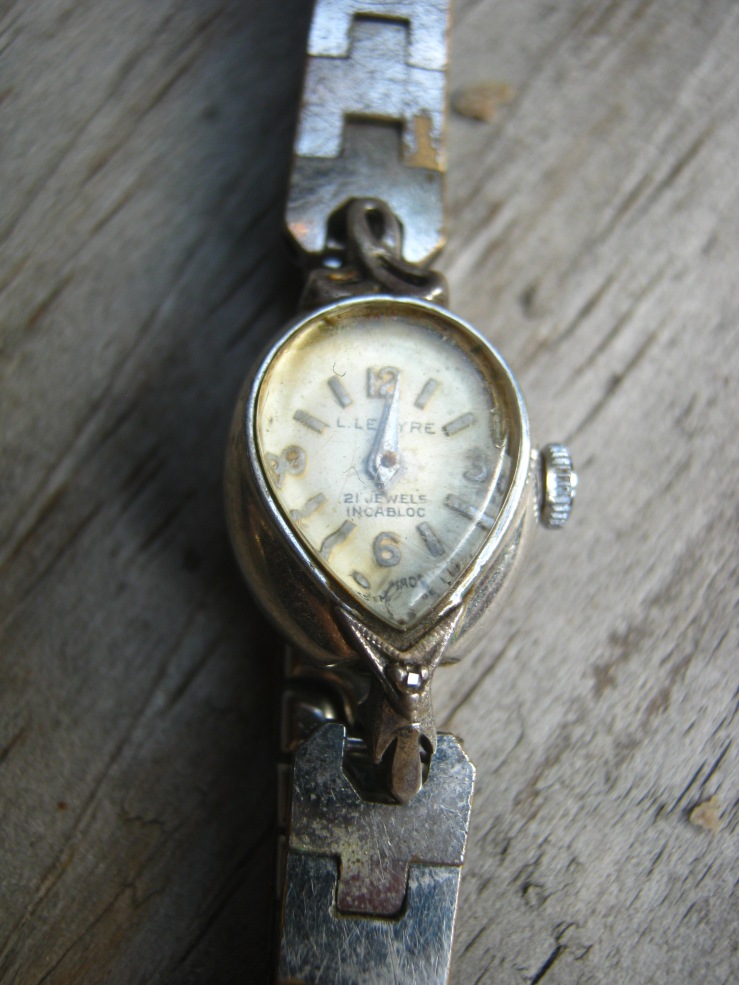 Finally, I spotted this old wind-up watch in a bag full of non-descript kids toys. The trash looked to be the kind of stuff young parents would throw out in preparation for a move. The watch doesn’t work, unfortunately; it goes for a few seconds when you hit it but it seizes up pretty fast. 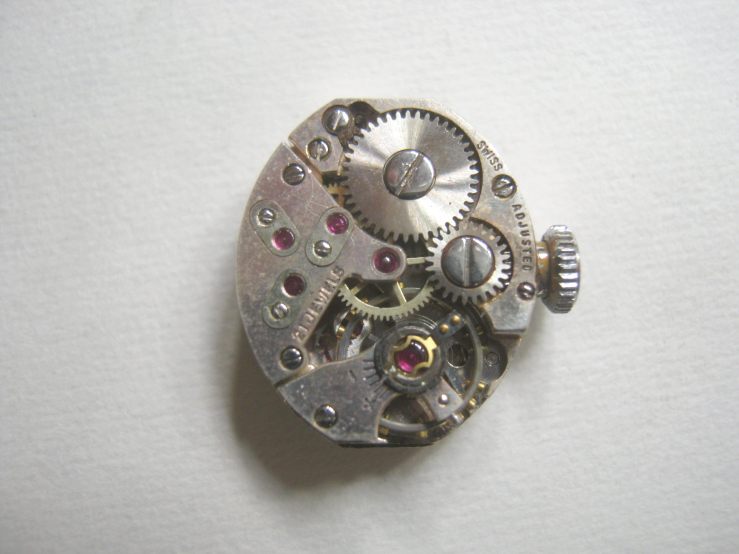 You can see that there’s a bit of rust near the winder which is probably the culprit. Still, the watch contains 21 jewels, which in a watch this age are probably synthetic sapphire or ruby. The jewels are there to (somehow, I can’t say I have any idea how it works!) to increase accuracy and durability by reducing friction. 21 jewels should mean a high-quality watch but the number of jewels was marketed as a (totally false) indicator of quality for a while (culminating in a ridiculous 100 jewel watch, of which 83 were completely non-functional) so it’s hard to say for sure. This watch might still be worth a few bucks (but not much more than that) to someone on Ebay. Still, the insides of old wind-up watches are always cool to look at.

Yesterday I started working on a guide to my Montreal garbage routes. I want to take some pictures to go along with it before I make it live but I hope to get that done in the next week.

Tuesday evening is the “Plateau East” route. Hopefully I come across some good finds!