Last night’s trip to Villeray produced a couple of old golf clubs, and when I say old I mean the shafts are actually made of wood. They were among some things that looked like moving “leftbehinds.” I gave them a rub with some steel wool to remove the surface rust.

In addition to the wooden shafts the club heads are marked as “handforged.” They carry the name of an Alf W Lawrence of Rosemere Golf Club, which lies north of Laval. I couldn’t find reference to any Alf W Lawrences, but I would guess that he would have been a pro at the club.

The Rosemere course opened in 1922 – I bet these clubs would have been made around that time period, perhaps a bit later.

I like this putter. I golf occasionally, mostly when I go back home as Montreal isn’t a golf town (plus, it’s expensive). I’ll try it out on the greens and see how it works. It looks cool (almost like a 1-iron) and most of putting is mental wizardry anyways so I’m not too concerned with it’s obsoleteness. 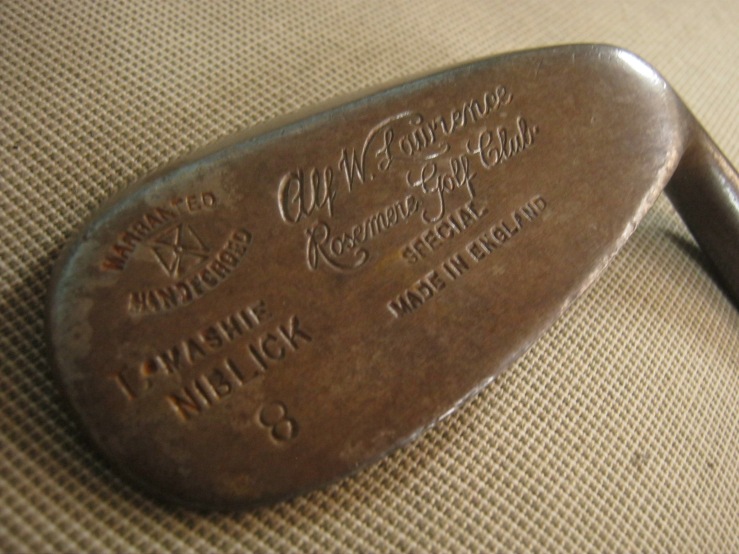 Clubs back in the days had funny names. This one is a “mashie niblick,” which is apparently something approximating a modern 7-iron. I found this interesting article about the names of older clubs and how they were made by blacksmiths. I don’t know how the golfers of yore kept track of all these different terms!

These clubs are in pretty good shape. The faces are blemish free. They’re not shiny but they’re not rusty either (“mottled” seems to be the word used to describe this phenomena). They still have their original leather handles which are in fairly good shape. My preliminary research indicates that I could probably get around 30-40 dollars each. 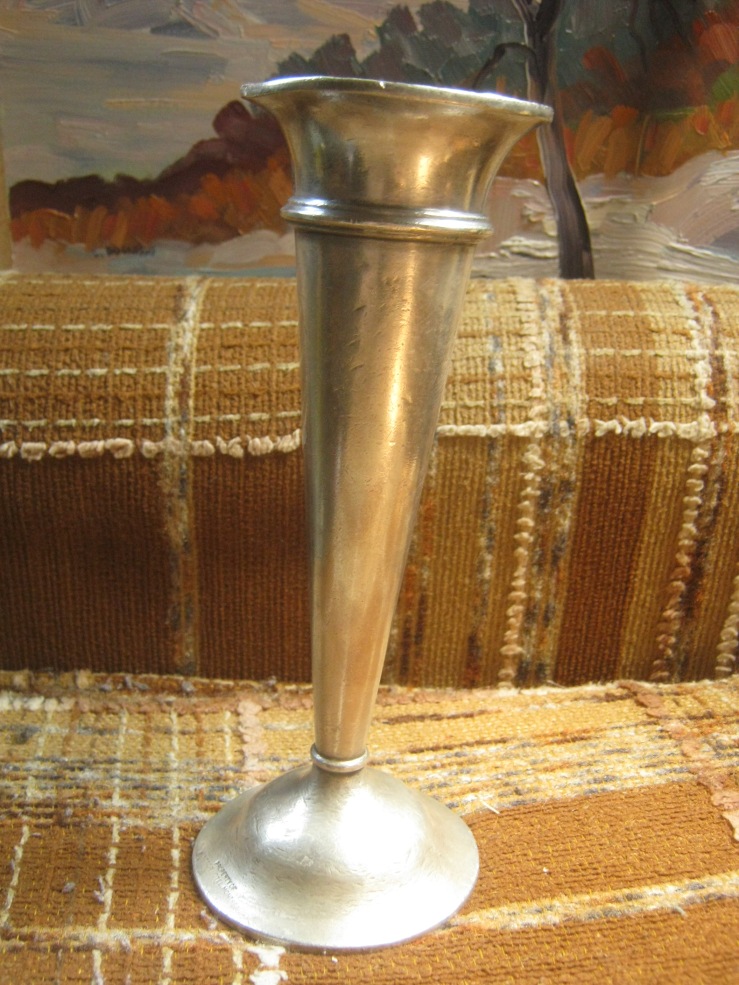 I’ve been in a cleaning mood and I decided to polish up this silver plate vase from Montreal’s historic Windsor Hotel. I found it close to a year ago, back when the blog was a mere infant. See the link for a picture of the marks on the bottom.

I used a couple of techniques, one involving baking soda, tin foil and hot water and one that added a bit of vinegar and salt to the mix. I found that the latter worked better. Regardless, the vase looks great and is ready to be sold. I think I could get around 25-30$ for it.

I’m going to test the stereo amplifier I found the other day before going out on another mission for Montreal’s finest trash.

5 thoughts on “The mashie niblick, please”