I took a good nap after that last post (I only slept a couple of hours on top of biking for close to four) but went for my usual run through the Plateau. I came across this pile of stuff left over from a move.

Inside one of the bags was an little AC charger thing. I have no batteries to test it with but it’s in “like-new” condition so I expect that it works. The price tag on the box says it was 54$ (41 on sale). 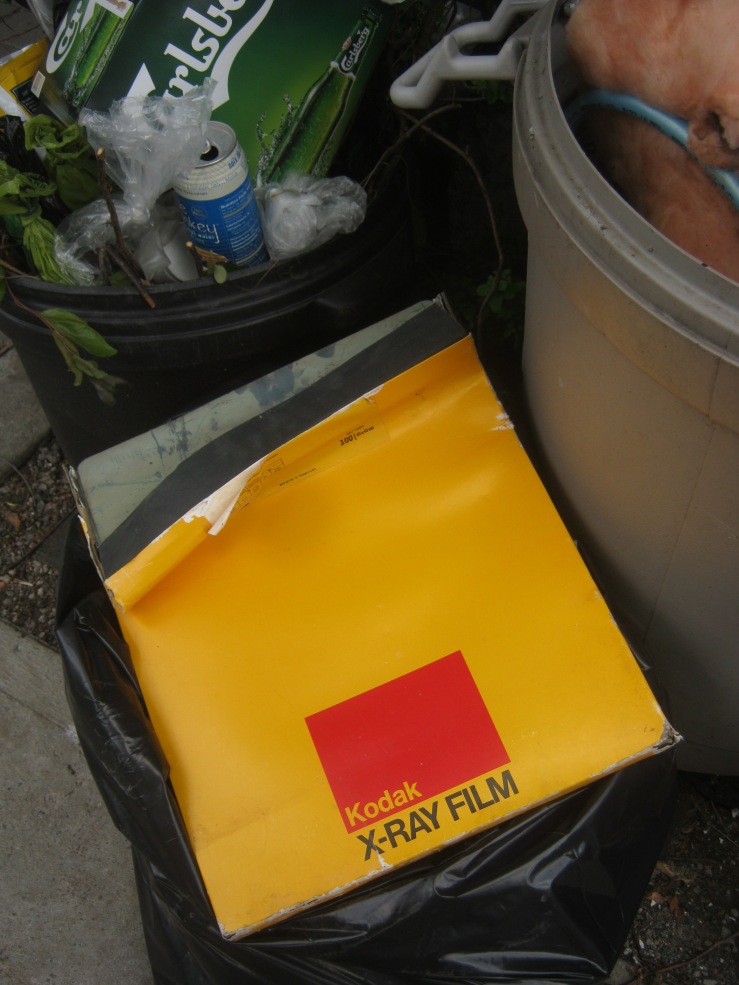 I’d never seen unused X-RAY film before but unfortunately it was ruined by mildew. It had likely been in a basement for far too long.

I can only imagine how much this TV weighed! I used to work as a mover and I have (fun) memories of how heavy these monsters can be. 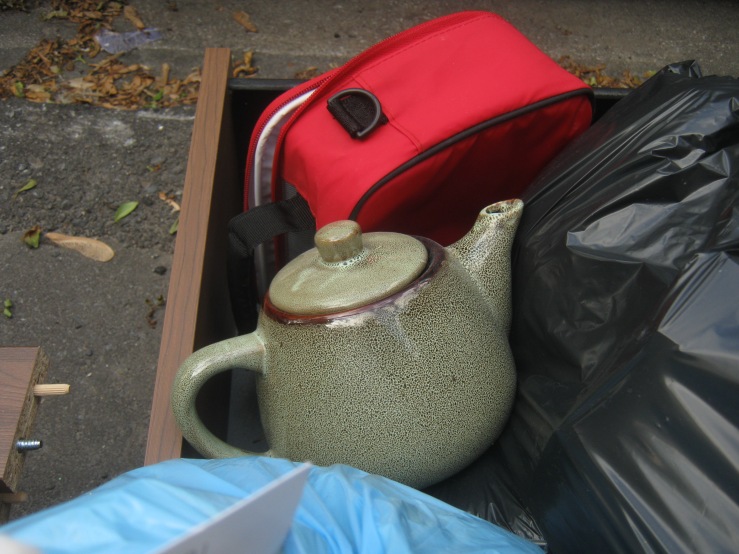 Finally, I spotted this nice ceramic teapot sitting on top of some more moving leftbehinds (yeah, I just invented a word!). I don’t really need one but this had a really nice glaze. If I don’t use it myself I’ll sell it at a yard sale for a few bucks.

Today’s my day off which is good because I feel pretty achy. It’s a good opportunity to clean my room and do laundry. I also want to upload the slides I found a while back that I had digitized. I’ll keep you posted!