I found this microphone in a bag of trash close to a month ago. I brought it home and it didn’t work. However, a closer inspection showed that the inner wires had come undone and that it could be easily fixed.

Yesterday afternoon my room-mate Maya and I teamed up and fixed it. I used a soldering iron for the first time and it was fun. I hope to improve my repair skills and learning how to solder seems like a pretty important step.

With the wires now in place it works great! We tested it out with the karaoke machine I found. It’s actually a decent quality mic (a Shure SM58) which sells used on Ebay for 70$ or more on Ebay.

I gave the mic to Maya because she’ll put it to good use. I also owed her a microphone because I broke her last one swinging it around like a rock star. This mic is apparently a fair bit better though, so everybody wins!

Last evenings trash run wasn’t super productive. I found these Encyclopedia Americanas (from 1948) and a big French dictionary (from 1958) on Christophe-Colombe near Roy. I took the French dictionary but stashed the encyclopedias for someone else to find. There were just too many to bother carrying.

Sometimes when I’m not attached to something I just leave it in my bike’s milk crate. That’s where that dictionary is currently. I’m not too worried if someone takes it.

I stopped here for the skates, which I ended up leaving around Pizza Bella on Papineau (pretty good pizza by the way!). 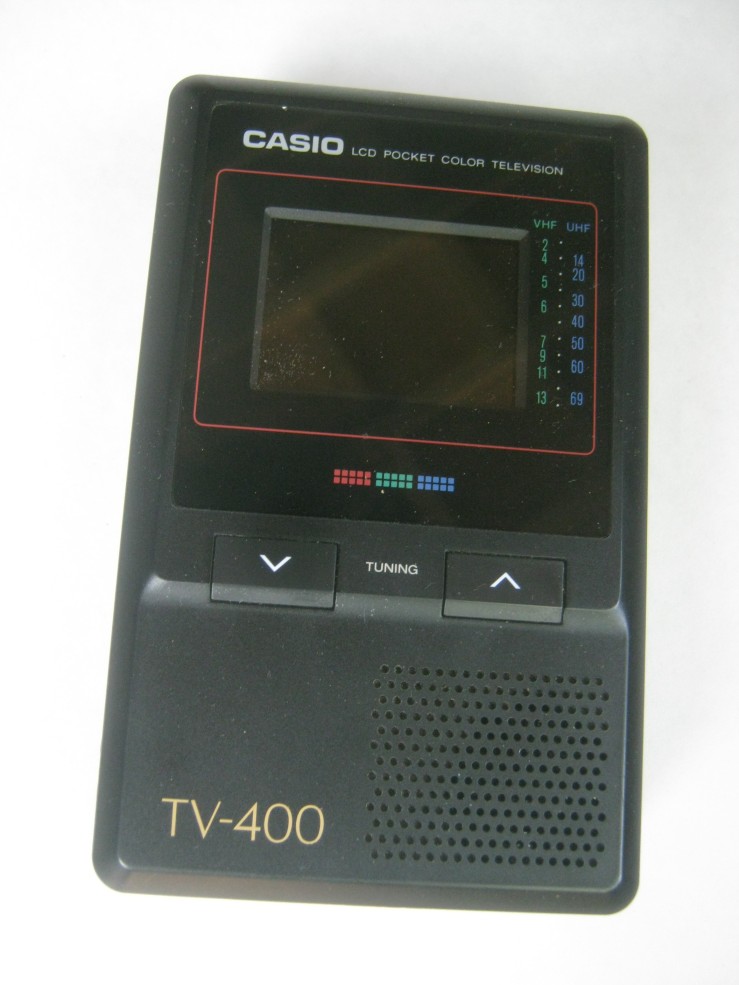 I opened one of the bags and found a few old electronics, including a walkman (one of two I found yesterday) and this little portable TV by Casio. I need a couple of AA batteries to test it out but it’s in amazing cosmetic shape and I expect that it works fine.

I’m trying to figure out how best to quantify my goal of “living off garbage.” I think keeping track of my sales by month is a good idea, and I may go as far as to keep track of all my expenses as well (no matter how annoying this sounds as I write it). On the plus side, keeping track of all my expenses might motivate me to spend my money a bit better. I’m still living as if I was working, which basically means I’ve been getting way too many slices of pizza.

I made about 25$ from a impromptu yard sale on Monday afternoon. Combine that with the 15$ I made from that silver perfume bottle and I’m up to 40$ for May. I should have some more sales soon and I expect this total to rise quickly. The iMac, shin guards, and sewing machine specifically should add a nice bump to this total. I need to get to work putting things on Etsy; I’ve been slacking on that front. There’s some money to be made from the jewelry I have sitting around.