Here’s the first new stuff in a while! Not a bad day so far. It’s a nice day for a walk, and I had Karma as company.

This lamp looked to be in pretty decent shape. I left it, but it’s not far, so if it’s still around later I’ll save it from it’s doom.

These cowgirl boots were casually thrown in the garbage along with some miscellaneous rubble. They need a polish, but they’re in pretty good shape. I think someone just moved out and left them behind, as the apartment they were in front of was empty and looked to be under minor renovations. The person cleaning the place probably just chucked them out with the other trash left behind.

The brand is Amazonas, and judging by the Ebay completed listings I could probably get 30-60$ for them. They look a lot like my friend K’s boots, which just led to some amusing confusion. Maybe I’ll try to sell them, or I might just give them to a friend. If the boot fits, they can wear it. 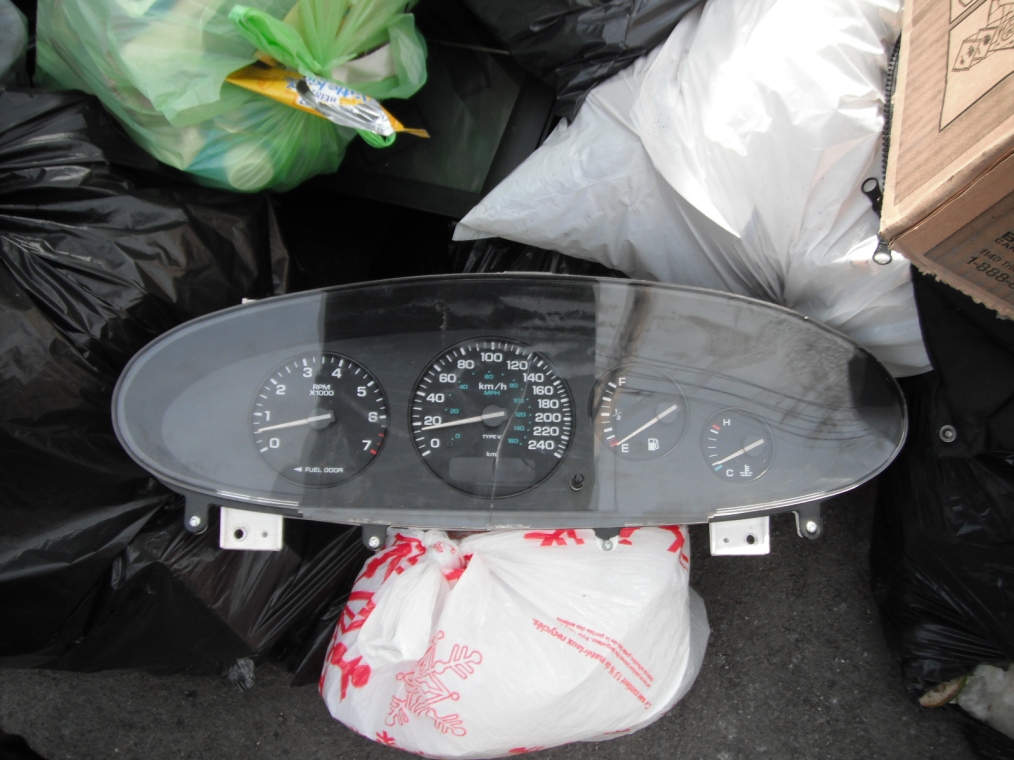 I was a bit excited when I saw this instrument display. I sold one that I found once for 80$ on Ebay. Of course, that was for an old 60s BMW, and this was for a shitty 90s Chrysler. Pass. 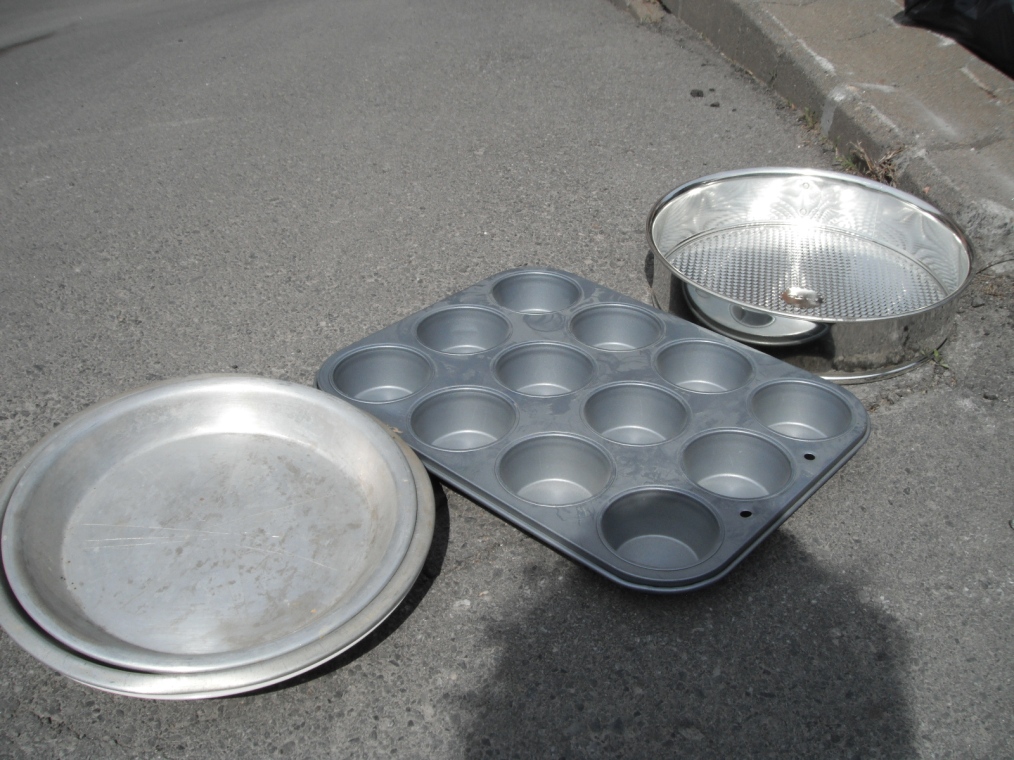 I rummaged these from a big bag of mostly kitchen waste. Everything in the bag was in small shopping bags though, so the nasty stuff stayed away from the good stuff. There’s nothing wrong with any of this. The cake pan in the back was actually brand new, as far as I can tell. There was some mouse crap in another crappier pot, so maybe they just did a purge. Wash ’em up and they’re good to go.

I took this unopened bag of onions and garlic from a random bag. Not sure why they were thrown out, but I figure that someone moved out again and left some food in the cupboards and fridge, which someone threw out in a clean of the place. Definitely nothing wrong with it though. I just gave some onions to K, and the rest will be eaten by somebody I’m sure.

Not the garbage, but I did see a hairless cat. I wonder what it’s like to pet this thing.

I found this VCR (hard to see the front, I know) sitting on the curb next to a bag. The fact that it was sitting out makes me optimistic that it works. Sometimes people do that when they want to give something away.

I was looking at the box spring and mattress, wondering how old they are, and I noticed a guy trying to move the big yellow thing (some sort of wall panel?) to the garbage by himself. I offered a hand, being a professional mover and all. I said something about it being old, but the guy said that it actually just belonged to a smoker. At that moment I got a whiff of many years of cigarette smoke coming off the thing. I wonder how much this guy smoked. Even the sides of his mattress are brown. Pretty nasty.

The lesson for smokers is that smoking will make your carpeted wall panel things brown and smelly. You don’t want that.

Some big sticks of bamboo 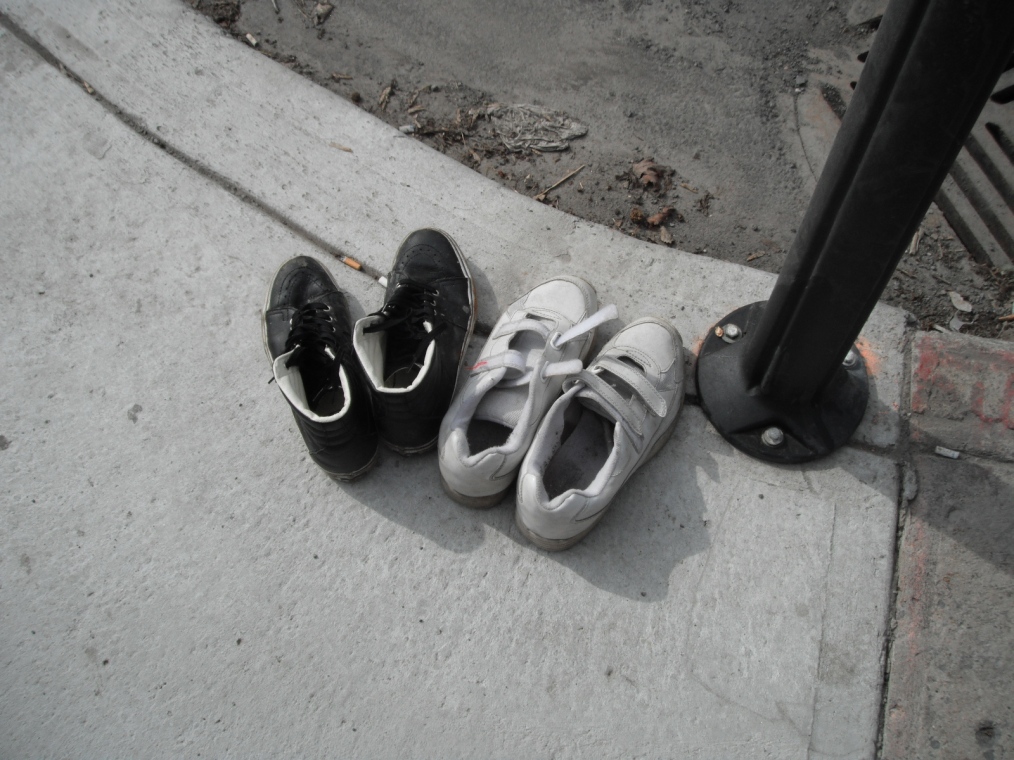 Some shoes left out on the side of the road. Not really my style. Hope they find a home.

Some bowls and mason jars I found in a bag. The bowls are made out of “Genuine Monkey Pod” (which means this tree http://en.wikipedia.org/wiki/Albizia_saman. They’re handcarved too. Not too shabby. I’ll give the mason jars to a friend who likes canning.

That’s all for now. More later, in all likelyhood.