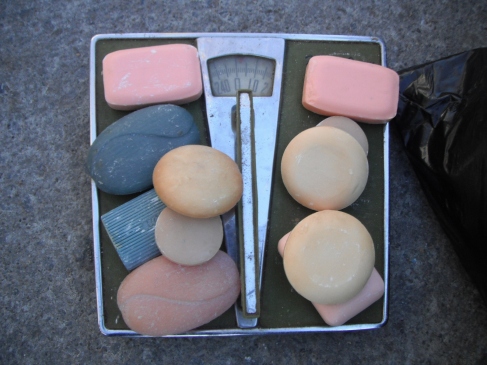 I found this antique scale (another scale!) in a bag on Waverly. It seems to work pretty well. In the same bag I found a bunch of soaps that looked perfectly fine, if old. Nearby there was a pot that was good for cooking roasts, but I moved it somewhere more visible (St Viateur / Waverly) so that someone else would fine it.

These little half ships were in a box on Esplanade. I’m not sure I get what they were going for design-wise… the only thing I can think of is a divider on a bookshelf. They could look cool in that context. 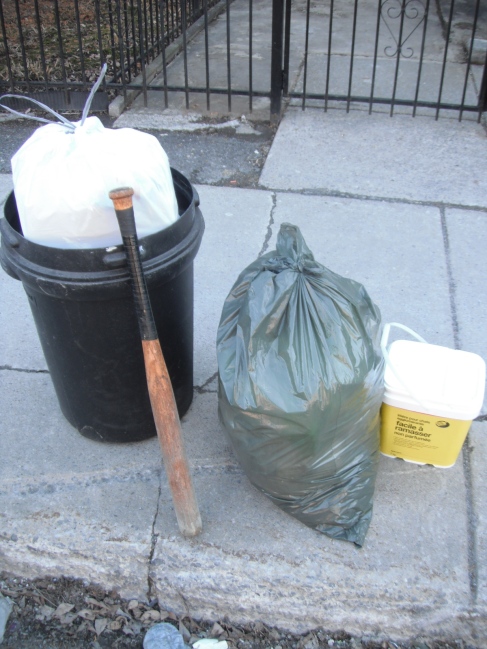 A decent baseball bat. I brought this back home and left it out for others to take (along with another baseball bat not far away) and later I noticed that both were gone.

I found this nice antique bed tray on Esplanade too. 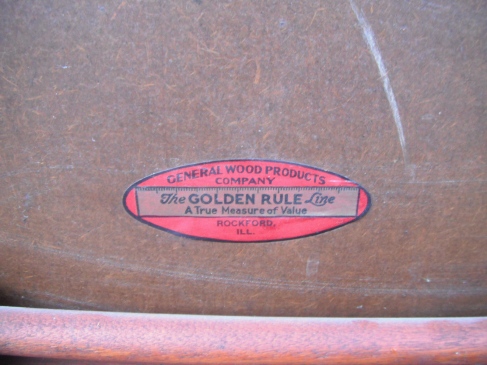 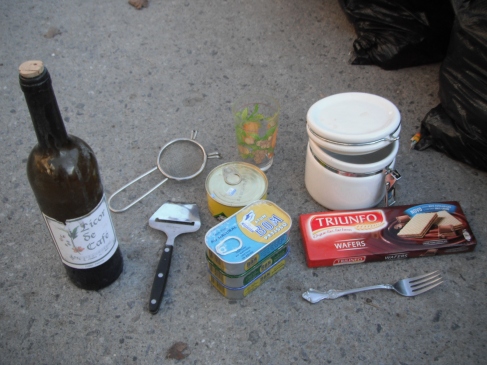 An assortment of kitchen stuff: some more canned fish, unopened wafer cookies, miscellaneous kitchenware, and a near-empty bottle of “Liquor de Cafe.” It looks… interesting. I brought it home, and maybe I can dare someone to drink it.

2 thoughts on “In the evening”