Well last night I was a bit excited at the creation of this blog, so I decided to go picking. It was the night before (Christmas) garbage day, and I find that, while there’s generally not much out, what is there is more likely to have good stuff in it. It’s a good excuse for a walk, basically. I did find a few things though, and this’ll give an introductory window into my likely pretty unique “recycling” process.

I found this Marilyn Monroe bag on St Urbain between St Viateur and Fairmount. There were some colognes and stuff inside, some of which looked expensive. Not really my style, but I don’t like to waste, so I “recycled” them. 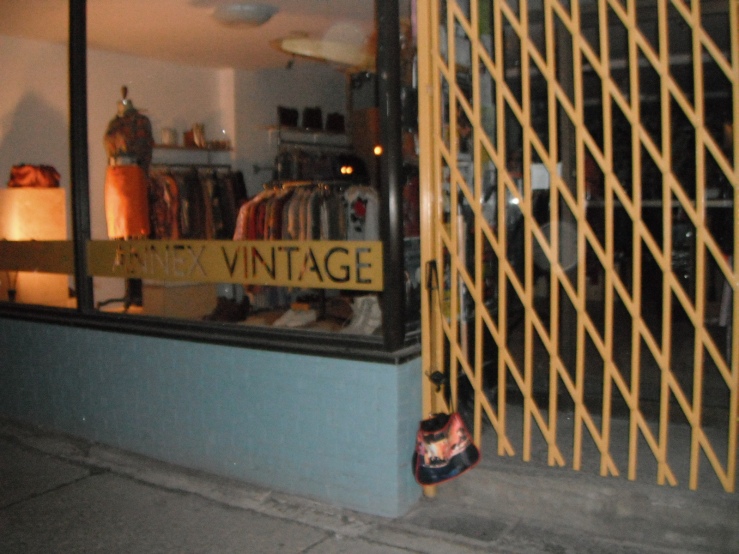 First, I left the bag by a vintage shop. I figured that maybe they could sell it or something. I figure it’s about 50/50 they just throw it back out, or maybe someone else will find it. Looking at it now though, I probably confused a lot of people, and some of them might think it was a lost purse. Hope they don’t spend too much time worrying about finding the owner.

I left the most full and fancy (Ralph Lauren? That’s fancy enough right?) bottle in a phone booth. I figure only the unwashed masses use phone booths now, and if they’re not washing they might as well cover it up with some good cologne. I’m just joshing though, I’m sure lots of good people still use phone booths. 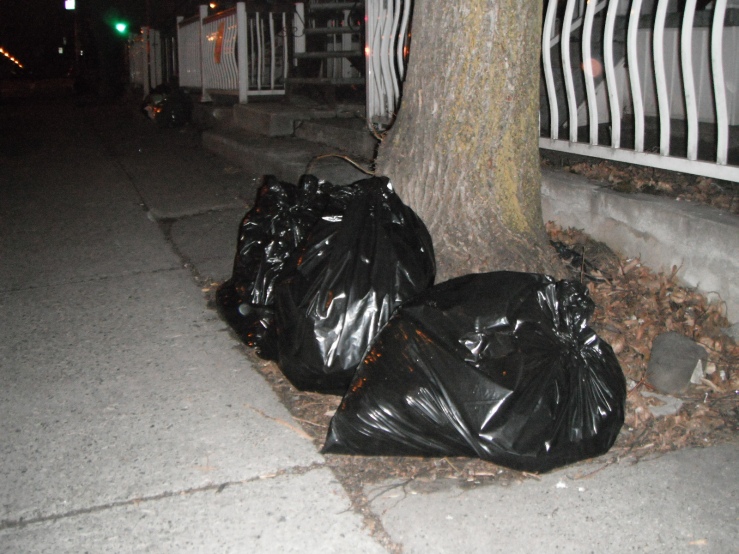 What’s in the bags? I always give them a good kick, and if it feels good I’ll feel the contours of what’s inside, and if that feels good I’ll rip the bag. People complain about ripped bags sometimes, but as long as it’s in a good spot the garbage men (I don’t know if I’ve seen a garbage girl, so the gendered language is okay… has anyone seen a garbage woman?) should be able to handle it. This was also on same sector of St Urbain. 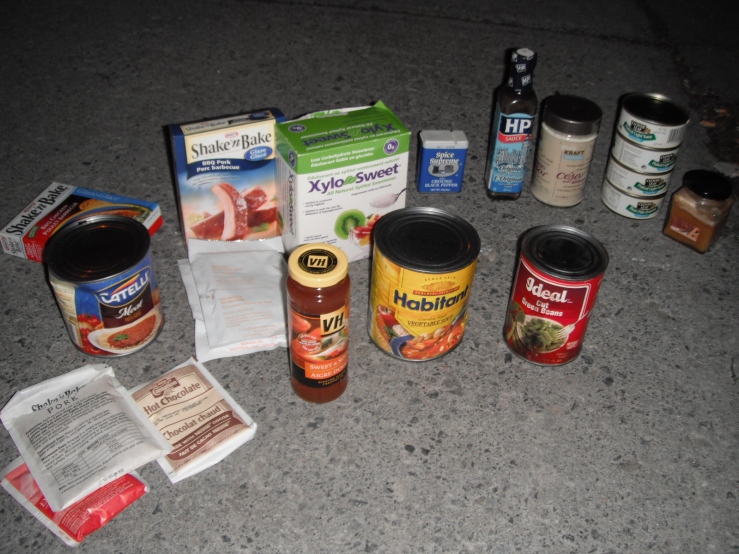 In this case, there was some decent looking food in there. I brought all of this home, though some of it isn’t really my cup of tea. That stuff I’ll put outside in an open box for scavenging. Some of this might be old too, but the can’s of tuna back there are fine for sure. I don’t really eat tuna in general either, but I know someone who’ll love it.

There were a couple of bags of 2l bottles, worth 5c each, attached by bags to a fence on Casgrain. I like when people do this; it’s a recognition that some people might value that resource, which in turn helps them out. Too many times I see bottles and cans and such in the garbage. I didn’t take these bottles because I’m not broke enough to motivate me to commit to carrying these for the long haul, but I appreciate that they were there, because not too long ago I might have been.

That’s all for now! Today’s garbage day, so maybe I’ll have some treasures to post later.