February 5th was an excellent day for finds at this spot, as you’ll see below.

You really have to wonder what’s going through the heads of some people. You’d think that the value or utility of some of these things that get tossed would be obvious, but I guess that’s not always the case. Common explanations for why great things get tossed include selfishness, laziness, being blinded by privilege (ie: I think some rich people forget what a dollar / item is worth to the average person) or a combination of all three. There’s also this idea that anything old must be junk, which I’d say falls under the general banner of ignorance.

Sometimes this comes from an innocent place. Technology has greatly improved over the years, especially in recent times, so a lot of the things people used in say, the 70s aren’t so practical today. The same goes with fashion – what was cool back in the day often isn’t cool even a few years later. So I can see how some people might use a similar logic when deciding whether to toss an item, especially if they’re not familiar with the antiques & collectibles market, and have no particular interest in history.

Belief in this idea exists on a continuum (according to my theory at least), so someone might use the “old = junk” theory very rarely, or they might use it to a ridiculous degree. For this particular spot, I’d say that the latter applies. I really can’t conceive of what’s going through this person’s head when they chose to toss some of these things away. 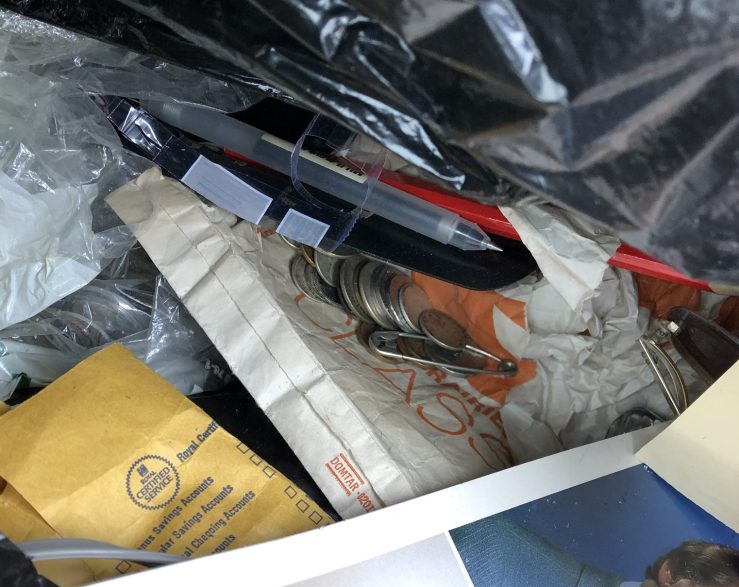 The main theme of today’s post is coins. Here’s a “bag-o-vision” shot of several sitting loose in the bag, but there were also a few medium-sized collections stored in small clear bags (like the one on the left in this photo) and in envelopes.

This bag was the least exciting of the lot. But hey, currency is currency right?

This one was both larger and more exciting.

Most of these coins were minted between the 1910s and 1960s. Most are also foreign, and there’s a good quantity of silver in there too. 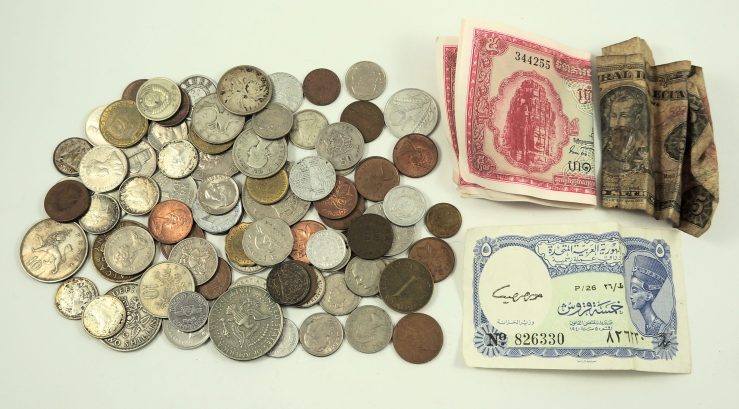 Here’s what was loose in the bag, or stashed away in little envelopes.

And here’s a few more coins and baubles, including a silver thimble. 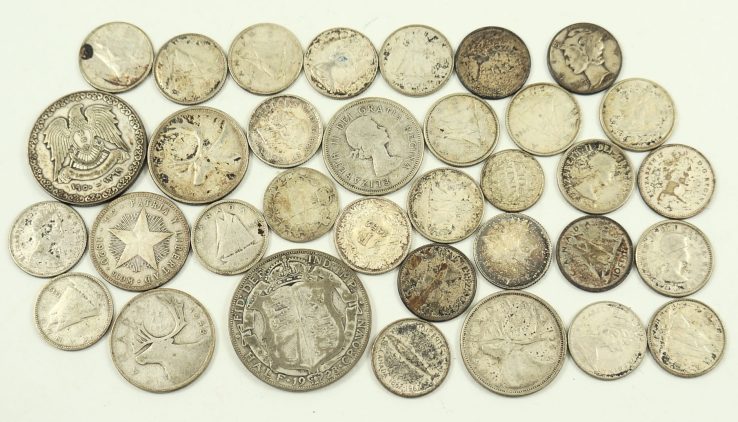 Overall I saved 33 silver coins. Most were Canadian dimes, but I also saved a Mercury (American) dime, a 1923 British half crown, a Cuban 20 centavos piece from 1920, and a Syrian 1 lira coin from 1950. Overall, the silver coins are worth an easy 100$, and the others have some collectors value as well.

I also found some neat old watches (and an old compass) that day. I don’t think any of these are worth a lot of money, but they’re definitely quite vintage and cool and worth something to somebody. If I remember right they all run too, which is always a good thing. (I sold the one on the left to someone on Instagram for 20$ – it was gold-filled, and needed a bit of work).

I’d guess that most people would see the value in old coins and watches, even if to just give them to a charity or some kid. I know I would have been thrilled to receive a coin collection like this when I was young! But, for whatever reason, this person thought their best option was to dump them in black garbage bags and let the garbage truck deal with them. I’ll probably never know why they went that route, but maybe it’s because – in their mind – all old things are junk.

I found more great stuff that day, but I’ll save that for a future post. I’ve still been picking (though not quite as often) during the pandemic, but I’ve been pretty careful, using lots of hand sanitizer, cleaning wipes, and Hertel spray, while also letting some bags sit for a few days before sorting through them. I’ve had fairly decent luck overall, in large part because spring cleaning has begun. My storages are getting full, but I figure yard sale season is still about a month away. eBay sales are back up to average, in part because I’ve been listing more stuff, but I’m still struggling to stay focused recently. There’s just too much news to follow!

I found most of the tiny treasures on my first day here. You’ll see this watch again later on. 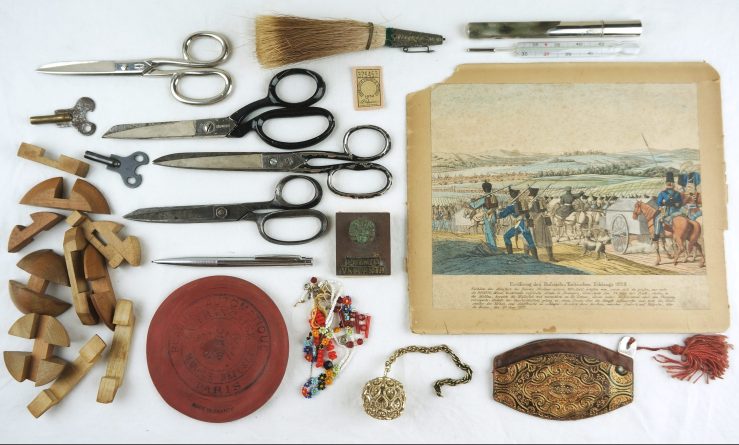 Those old metal scissors always do well at yard sales. We also have a bus ticket from 1952, a mercury thermometer, a rubber tobacco pouch (“blague automatique”), a metal mirror in a leather pouch (bottom right), and an old print.

I thought this box (which is about the size of a lunchbox) was kinda neat. It’s wooden, hand-painted, and was once sealed with wax stamps. It has a coin slot in the back, so maybe it was made to hold cash. It’s pretty dirty, but would probably clean up pretty nice. I’d guess it’s from at least the 1930s, maybe earlier. I’ve never seen anything like it, so please let me know if you have! 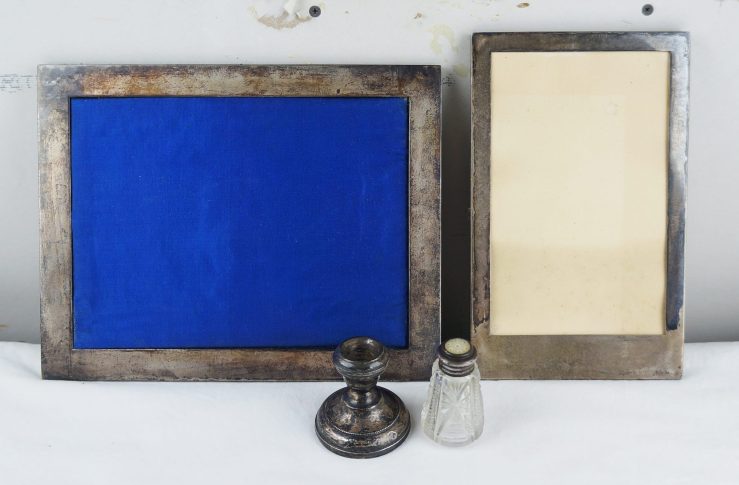 This spot produced a fair bit of silver. Those two picture frames were 800 German silver, and sold together on eBay for 50$. The stubby little candle holder is British, made in Birmingham in the late 20s if I remember right.

Let’s finish with the little bits of jewelry. There’s a lot of good stuff here. That brooch near the top left is unmarked but probably silver & tortoiseshell, and the t-bar & c-clasp date it to the late 1800s.

I realized after taking this photo that the long chain connected to the pin on the left was probably supposed to be attached to the shorter, incomplete looking chain. That piece is also unmarked but probably silver, perhaps adorned with little bits of gold as well. It probably dates to the same time period as the brooch, given that it has the t-bar pin and likely once had the c clasp (it has since broken off). I’ve been told that similar pieces are made for holding watches, but I can’t picture how that would work. If someone can post a video of one being used, that would be helpful!

The watch you saw earlier has a transparent back, so it’s probably a salesman’s sample. It doesn’t work, but it’s still cool. I have no idea what that doohickey with the orange cap is. The metal looks like silver, and the cap material looks like Bakelite. The cap comes off pretty easily, and that resin looking stuff on the inside smells like sappy incense.

Otherwise, there’s some scrap quality gold and silver, like that long dangle earring missing all its stones (18k), the busted watch (farthest to the left, 14k), and that triangle shaped thing (probably off a fancy portfolio or album of some kind, 800 German silver).

My most valuable find though was probably this old Masonic medal. It’s definitely the best Mason piece I’ve found to date. Each segment is marked 585 (14k), indicating that it was likely made in Europe, and the eye is enameled. I don’t know much about the Masons, so please help me out if you can! I wonder if that oval piece (which you can see in the first piece) has a meaning I’m not aware of. 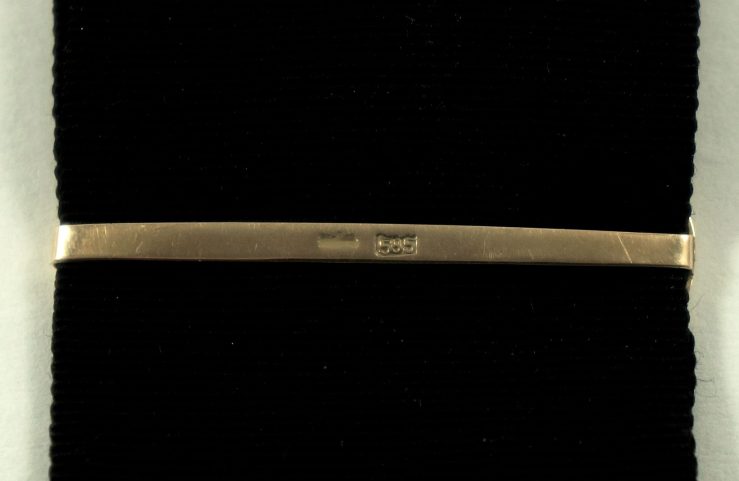 Regardless, there’s about 9 gram of 14k gold in there, making it worth over 300$ in scrap. But it’s definitely not scrap, and should sell for a fair bit more than that.

All in all this was a pretty exciting spot, even if it lasted just a couple weeks! 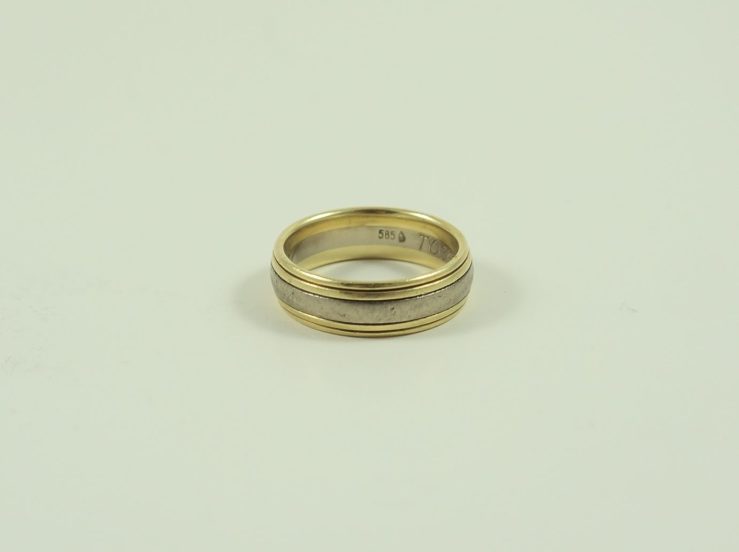 I haven’t been super lucky lately, but my runs have been reasonably productive anyways thanks to the occasional quality find. For example, a few weeks ago I spotted this ring in a bag alongside some other less exciting junk. It must have been a wedding band, given the date and pithy statement of love engraved on the inside.

I noticed a moving sale announced at the same house not long after. It’s a bit unusual to throw out items of value right before you do a sale, but perhaps the tosser didn’t want anyone else to own it. I imagine it was thrown out because of a divorce, as you tend to hold onto these things otherwise.

The ring is 14k gold and fairly hefty at 9.17g. That makes it worth around 337 CAD$ at current scrap prices, minus the jeweler’s cut of course (~15%). Needless to say this ring helped to make an otherwise slow week of garbage reasonably profitable. There’s no real resale value here, so it’ll soon be melted down and transformed into something else.

A spot in Cartierville provided two larger pieces of sterling, including a (candy?) dish made by Birks and a small silver cup. Neither piece is worth much more than scrap, though the dish may have been if it wasn’t monogrammed. Together they weigh 270 grams, which should earn me about 135$ as sterling is currently worth about 50 cents a gram. 135$ doesn’t make my week, but it definitely makes the trip worthwhile. 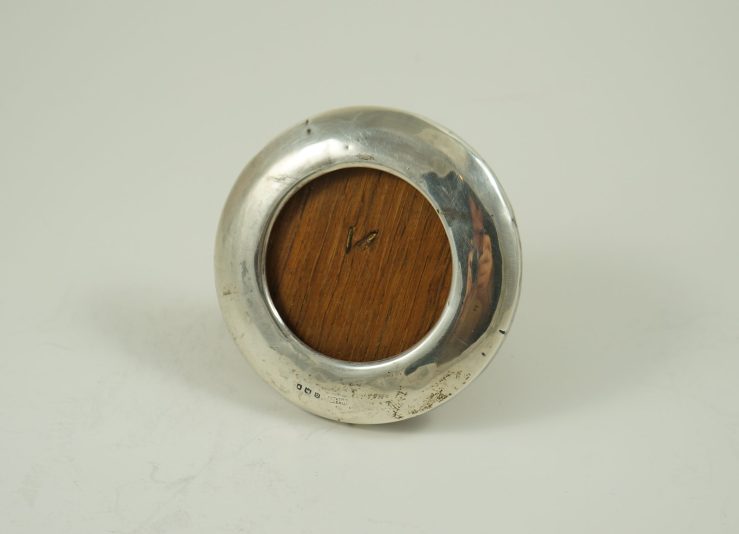 Last week I tried some different routes in hopes of improving my luck. That doesn’t always work, but on one run I was rewarded with a fair bit of quality junk, including this cute silver picture frame I found with a larger collection of junkier examples. 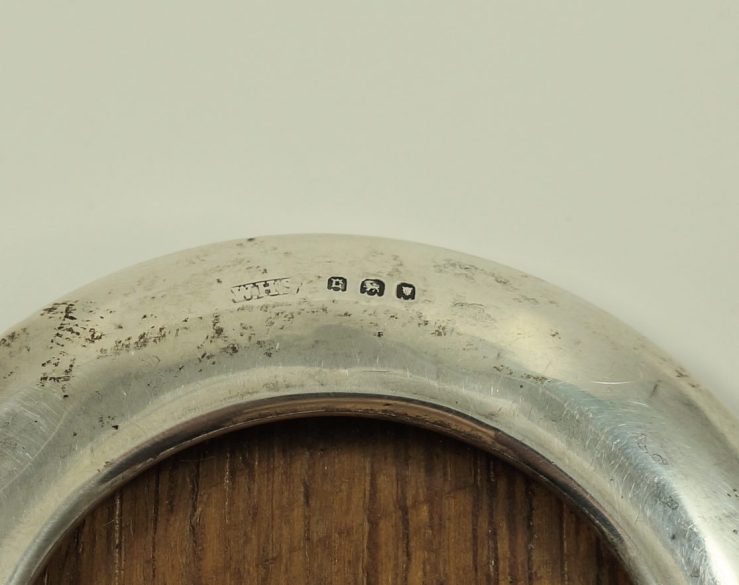 The hallmarks indicate that it was made by a William Henry Sparrow of London in 1916. This piece definitely punches above its weight in scrap, and I expect it to sell for between 60-80$ (eventually).

I did that route again this week and found some gold, so hopefully this marks the beginning of a new trend.

I was planning on writing a longer post, but I’ve got writers block again so I decided to keep this one short. My last yard sale of the season might take place this coming Saturday, assuming the weather holds up. For the most up to date yard sale info & announcements sign up for my new mailing list or keep an eye on my Instagram stories!