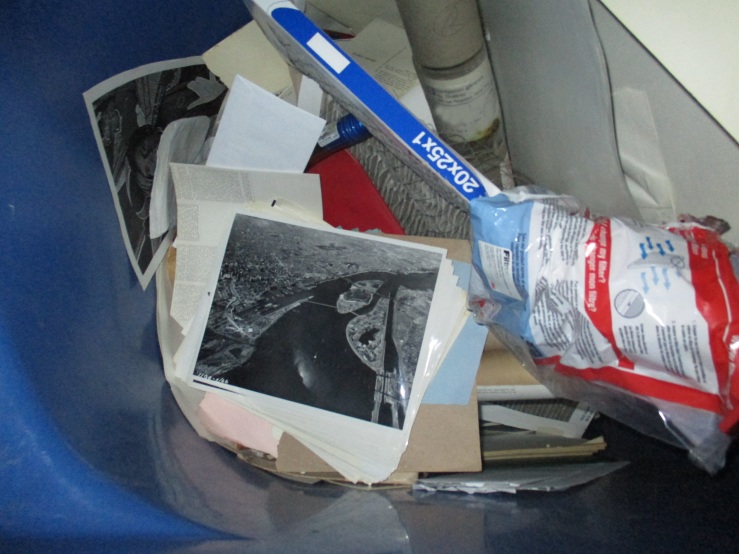 I haven’t been getting particularly lucky with my finds lately. However, a recycling bin in a nice part of town helped buck that trend. Inside was my best ever Expo 67 related haul. When I opened the bin I spotted a big stack of original 10×8″ photographs, many of which don’t look to be available anywhere on the internet.

The person who did the tossing apparently worked for Expo back in the day. It took me about a day to scan it all, and another day and a bit to get this post done. I’m sure passionate Montreal and Expo fans will really dig it, but if you’re not never fear – I’ll post more “normal” garbage soon!

Several of the photos were cool aerial views that captured the construction of the sites. This shot, which features a great backdrop of downtown Montreal might be my favourite of the bunch. In the foreground is Île Sainte-Hélène, one of the main locations for the fair. The island was greatly enlarged using fill dug out from the construction of the new subway system. 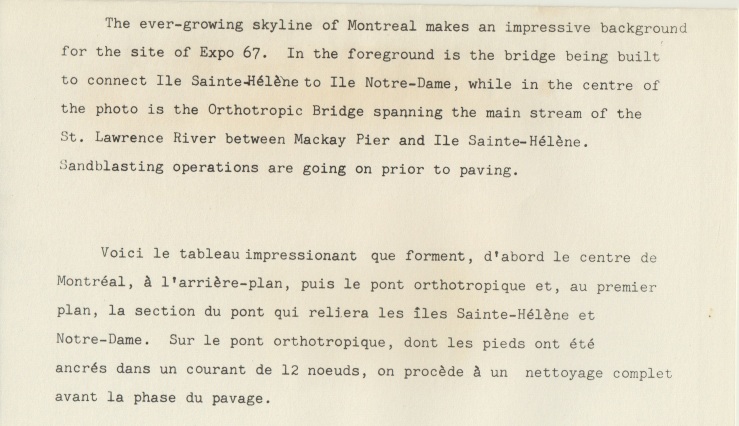 Many of the photos came with a short typewritten explanatory text. I was often unsure which text matched which photo, so I decided to just share most of the texts all together later on. It could be fun for some Expo fanatic to try to match the explanation to the photograph! Regardless, this one definitely matched the photo above.

This photo was definitely taken before the one below. The island is pretty bare here … 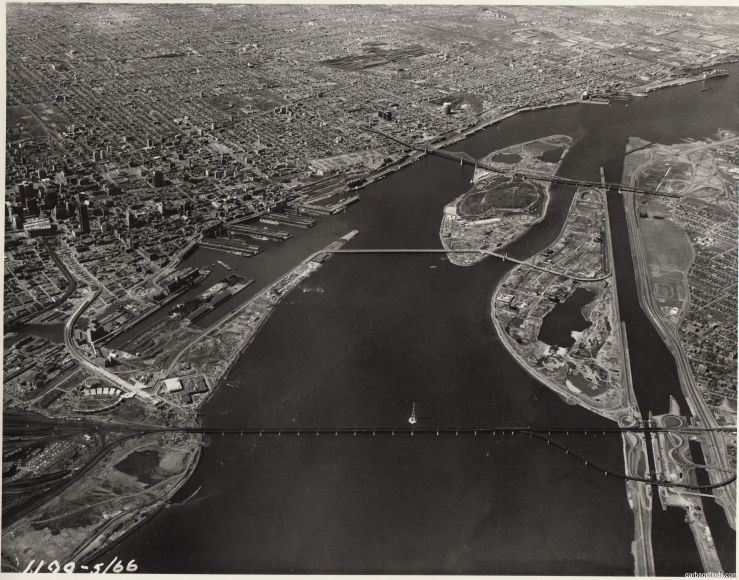 … but you can see buildings coming up in this one. Just a reminder, you can click on these photos and zoom in for a much better view! 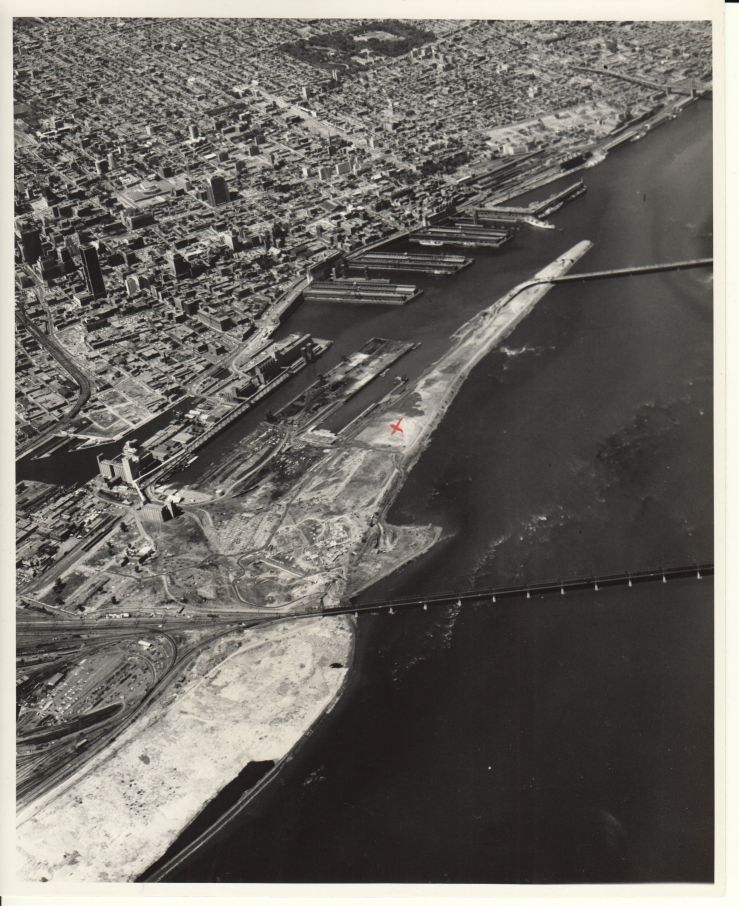 These two show the emergence of the Cité du Havre buildings, including the Autostade (you can see it cut off on the left side near the bottom – it barely lasted 10 years before being demolished) and Habitat 67 (at the top of the peninsula). The latter is a Montreal landmark, and was a cool concept intended to revolutionize affordable housing. 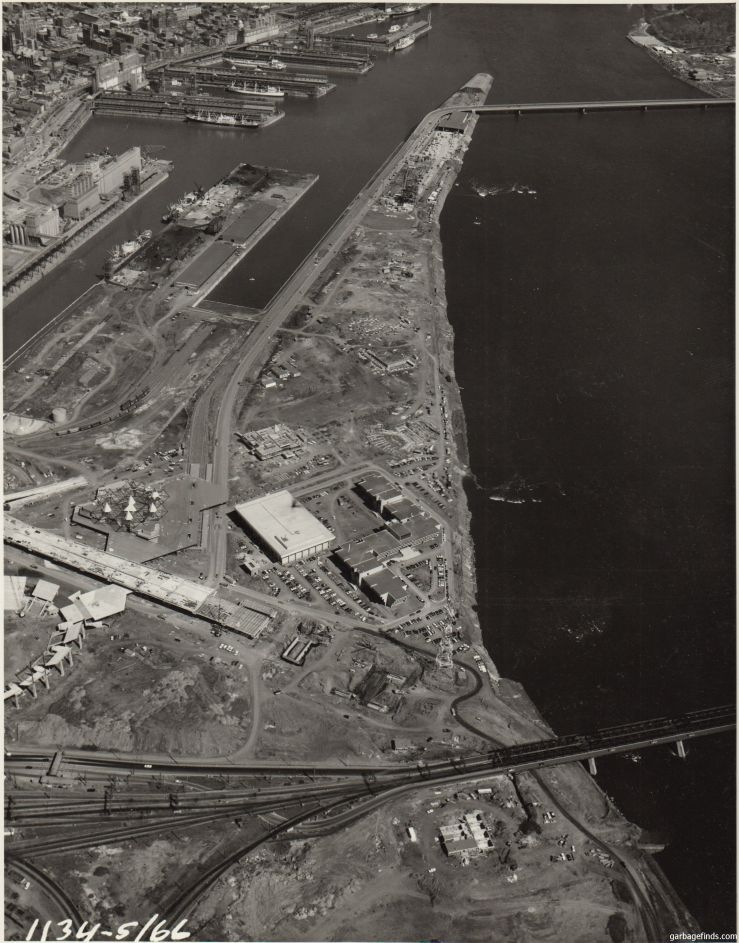 For reference, this is Habitat 67 as it appeared in 2006. (Photo: Nora Vass, taken from Wikipedia).

A few photos featured actual people. This one might be the coolest because it features a Montreal sports legend (standing at right) and I couldn’t find another like it on the internet. I’ll let you guess who it is, and anyone who doesn’t know can check the comments for a quick answer. The guy at the left might be famous too for all I know – if you recognize him let us know! The woman in the centre is a Expo hostess wearing the classic uniform. 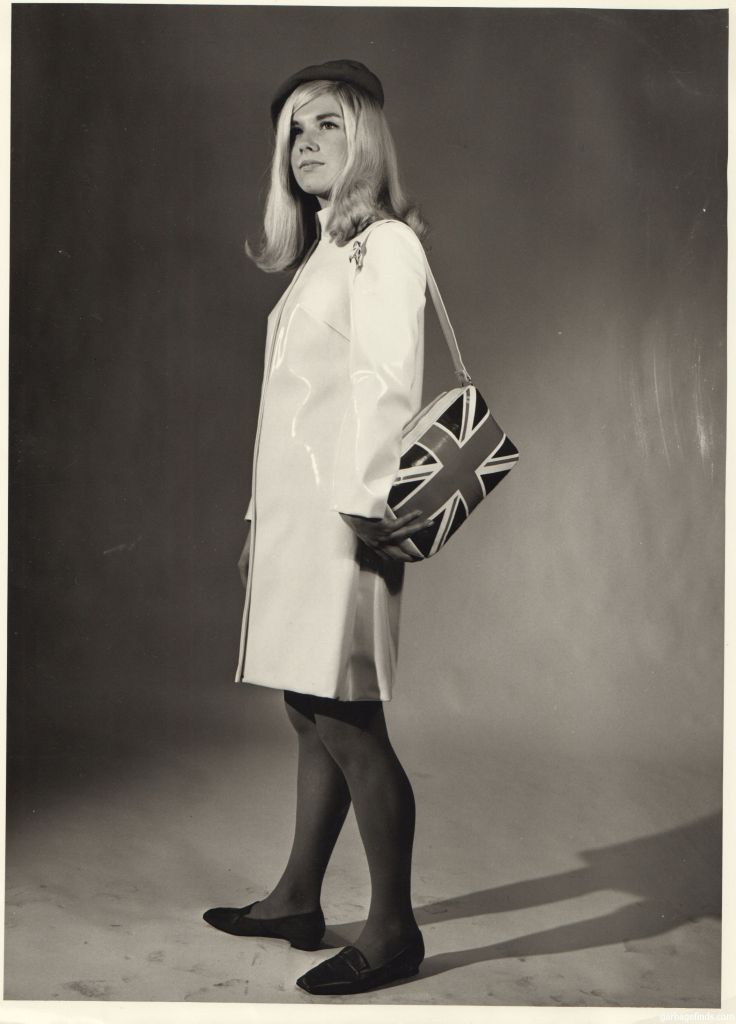 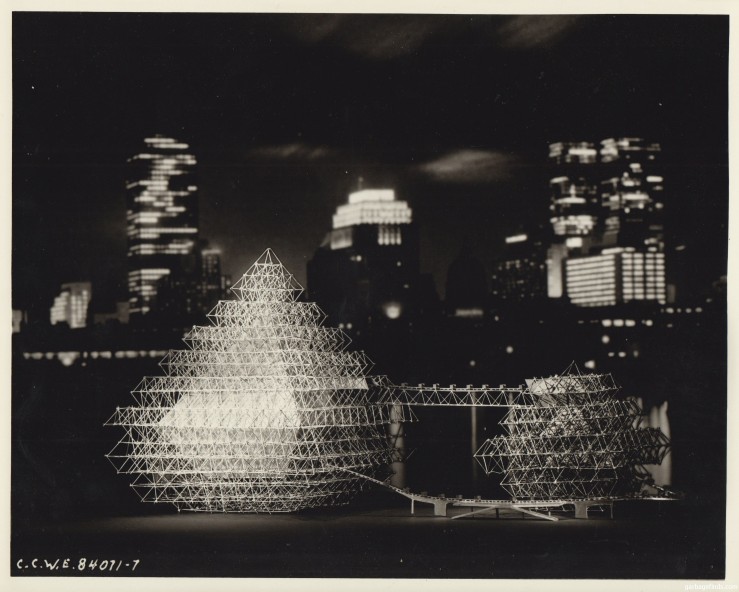 The majority of the photos though featured artist conceptions and models of pavilions and other Expo-related things. Some shots are better or cooler than others. I’ll share my favourite five shots in large format, and the rest (some of which are still very neat) in gallery format.

Among my favourites is the gyrotron; …

… and Katimavik (Canadian pavilion). Here’s a bunch more. I’d share them all large format, but there’s so many that it would make this blog post exceedingly long! 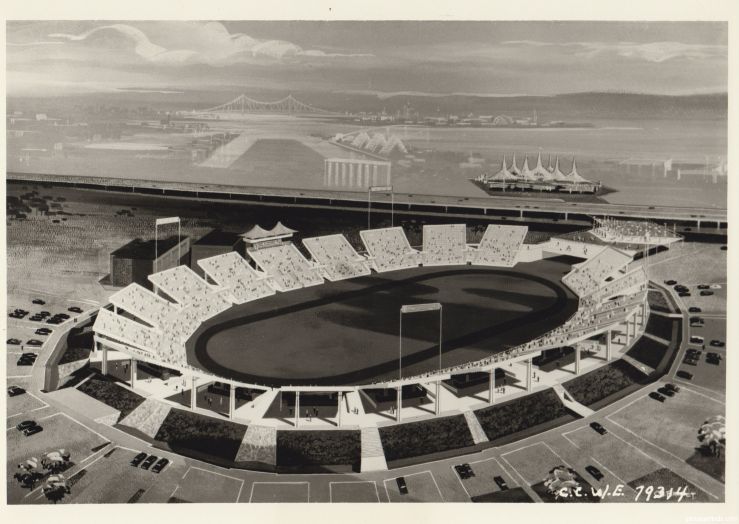 There were duplicates of some photos, including three different copies of this Autostade model. 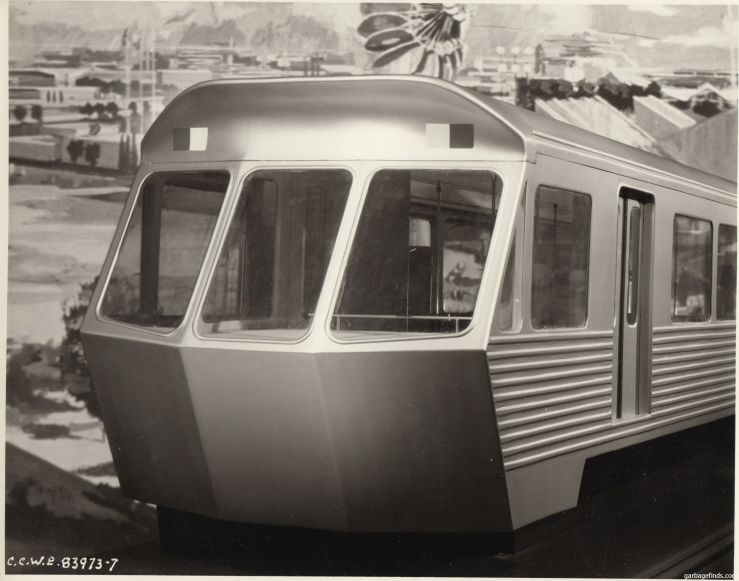 … but this one might be even cooler. For whatever reason the artist decided to depict the background city like something you’d see on the cover of a cheesy 1960s sci-fi novel. I guess they wanted to make it look like something from the future, but it’s quite a break from the realistic portrayals in the other shots. 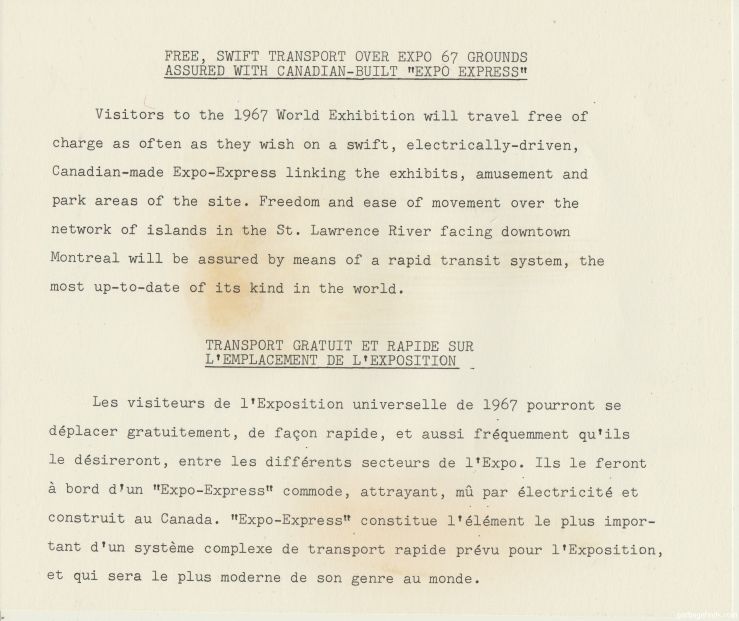 I otherwise saved some official Expo brochures and flyers, including a few printed in German …

… and some documents (press releases?) written in German and Spanish that appear to describe Expo. 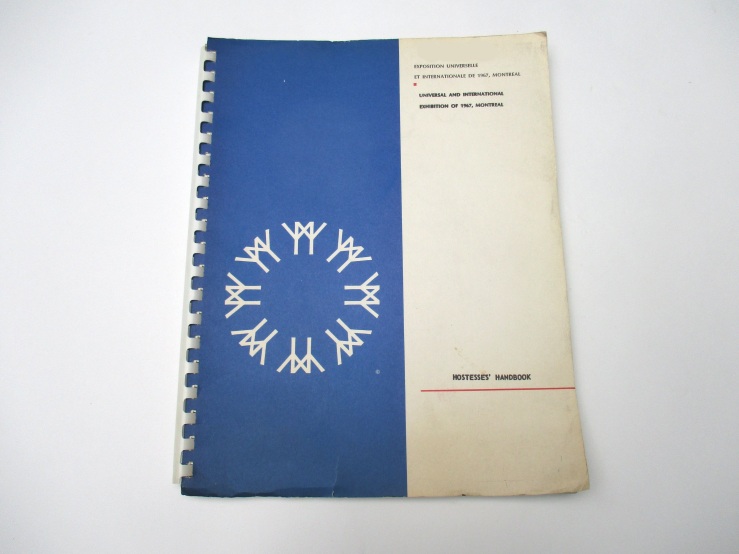 The coolest document though was probably this Hostesses’ Handbook. It seems to be a fairly uncommon piece as I couldn’t find any others for sale on the internet, eBay included. I didn’t catalogue all the pages, but I got shots of a fair number which you can see below. For the gallery view, you have to scroll down and click “view full size” to get a zoomable version of the photo.

Phew! That was a lot of work but I figured it was worth the time. There’s a lot of neat stuff here, and it seems that many of these pieces are hard if not impossible to find elsewhere.

Below are the extra typewritten texts that went along with the photos, if anyone wants to try to match them!

I’ll have another post, likely the one featuring my recent sales up in the next couple of days. 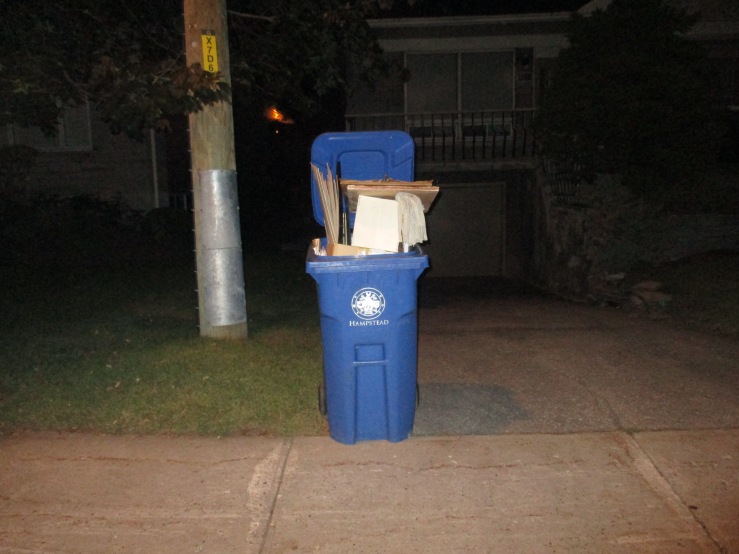 I came across this packed recycling bin a few months ago. It rested in front of a familiar house, one that produced some great and valuable finds way back in March. The tossing was a result of an estate clear out. The spot was quiet for many months until this night, a last hurrah of sorts that came a couple of weeks after an estate sale.

I rescued a lot of old photos and picture frames, as well as a beautifully framed accounting degree from 1949. I’ve since hung this in the hallway at my new place.

The most intriguing find though might have been this collection of letters. They were packed somewhat carelessly into an old SAQ (liquor commission) bag.

They all look to have been written in the early 1920s. Many feature great letterhead from different hotels, mostly in southern Ontario.

My mom read several of the letters and said they were a bit of a downer. The author is a young man working as a traveling salesman (for clothes, or textiles if I remember right) and the recipient is his new wife. Consistent themes seem to include loneliness, illness, and a lack of money. Here’s an example of one of the most clearly handwritten letters.

There must be at least 30 or so letters here, most of which are two to three pages long. A few are water damaged but most are in good shape.

There’s an occasional telegram mixed in with the letters. Interestingly enough the telegragh office (or whatever the “annex” would have been – I am not familiar with how telegrams worked!) was located at 69 Bernard West, just a couple of blocks from my old place. I’m not sure what’s there now, but it’s definitely not a telegraph office.

Two of the telegrams mention a “Lapidus” (or Lepidus, as spelled in a different message). Based on the wording I expect it was a place in Montreal where the wife would have been able to receive calls. Let us know in the comments if you know where this might have been!

One final thing of note about the telegrams is how often the name of the recipient was misspelled. Of the five I saw all but one had serious typos (the last name here definitely wasn’t “Lenin” or “Eugle”), and the name used seemed to alternate between maiden and married. I’m not sure why this would be, as the rest of the messages are more or less properly spelled, and you’d think that the married name would always be used after the fact. “Chick” wasn’t the guy’s name either, but perhaps it was a pet name – his real name was Jack.

While I think these letters are pretty cool I don’t really have the time to do anything with them. If one of you is looking for a project, send me an email and maybe we can work out a deal. I’ll let them go for a small “finder’s fee” of, let’s say 30$? Preference will be given to those who can pick them up.

The past two weeks have been relatively slow, outside of some great stuff I found two Tuesdays ago that I’ll share soon in a separate post. In the meantime here are some miscellaneous finds from that time span.

I found a family of raccoons feasting on garbage near Westmount (there were actually four, but one left before I was able to snap a photo); …

… a beautiful hand made nativity scene that was likely made in the 1950s (Plateau); 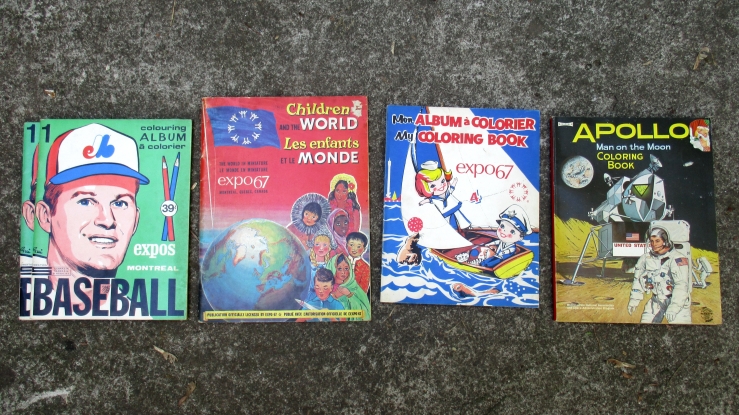 … a whole bunch of 1960s and 1970s colouring books, including two of Expo 67, two of the Montreal Expos baseball team, and one featuring the 1969 moon landing (Mount Royal); 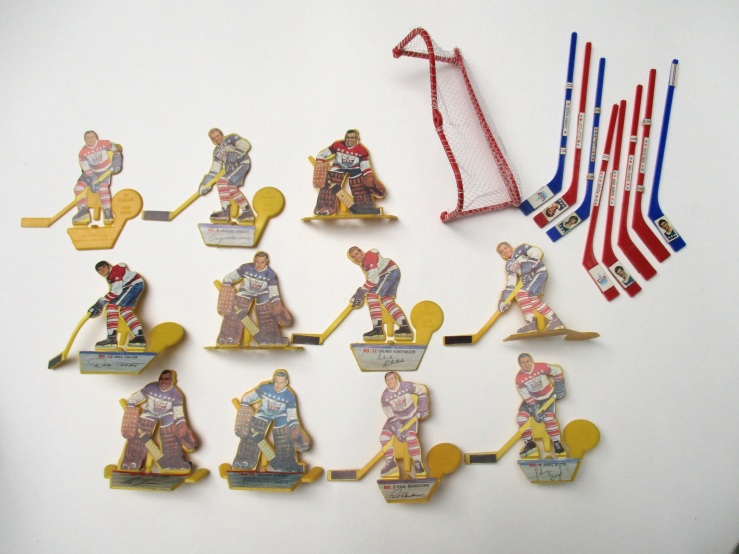 … a collection of vintage Post cereal hockey game pieces, which I put up for sale in an eBay auction

(from the same spot in Mount Royal);

… a fake Rolex, baby care timer, and portable cell phone charger (all working), as well as some nice Tiffany boxes that are good for shipping (Hampstead); 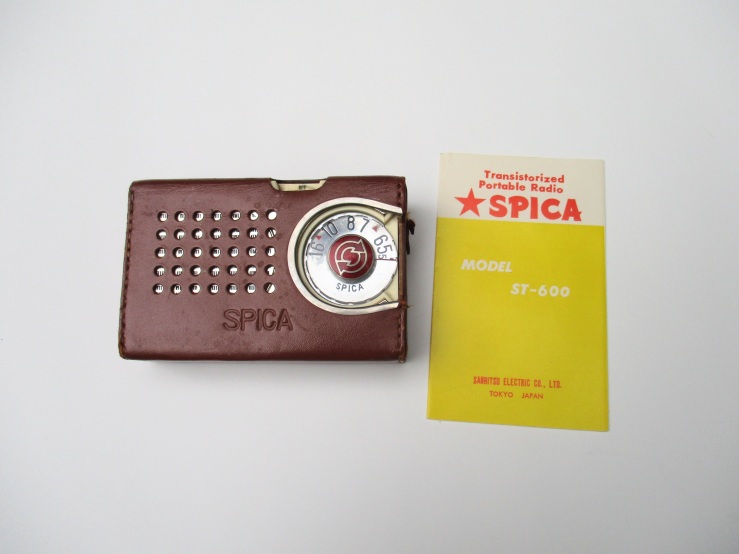 (Hampstead, in a surprising resurgence of what I thought to be an extinct spot); 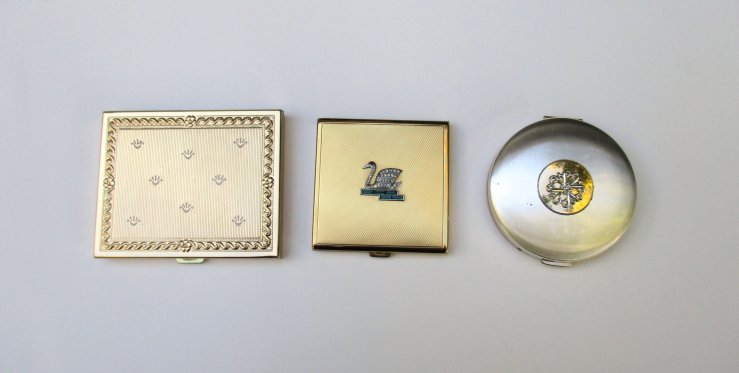 … a collection of nice compacts (from the same spot in Hampstead);

… a bunch of Canadian Tire money, which was clipped together and added up for my convenience (Mount Royal);

… and a huge collection (three garbage bags full) of anime DVDs, which I found while walking around with my sister in the Plateau. I’ll likely try to sell these as three large lots on eBay.

Otherwise, I’ve been pretty busy with eBay listing, some of which have paid immediate benefits. I’ll show you what sold on my next sales summary post. I was also able to hold two decently successful yard sales this weekend. My finances are a little less dire, and I’m a bit more optimistic that I can reach 20k for the year.

Also, thanks again to all those who donated to the blog recently! In the interest of transparency I have now received 122$ since adding the donate widget around six months ago. I appreciate the help – the blog is more or less a non-profit project. These contributions help pay for related expenses while making the time spent on it more valuable in a tangible way.

Oh, and I’ve gotten a lot of hits from a Facebook link in the last few days. If anyone knows who shared my blog let me know! I’m always curious to see where my hits are coming from.