While organization my room / office space recently I laid my eyes on a couple old finds. And by old, I mean I found them a long time ago and they’ve been kicking around for way too long. I took this picture in August of 2019, to give you an idea, and haven’t gotten around to posting or doing anything at all with them since then, besides looking at them occasionally and thinking that I should do something with them of course.

They’re also old in the other sense of the word. They were fairly early finds from the “Part one of a million” spot, a multigenerational home that produced much antique junk from the spring of 2019 to the spring of this year. I often find vintage stuff, but rarely do I find so many century plus old items at one spot.

Anyways, this is a neat little piece. 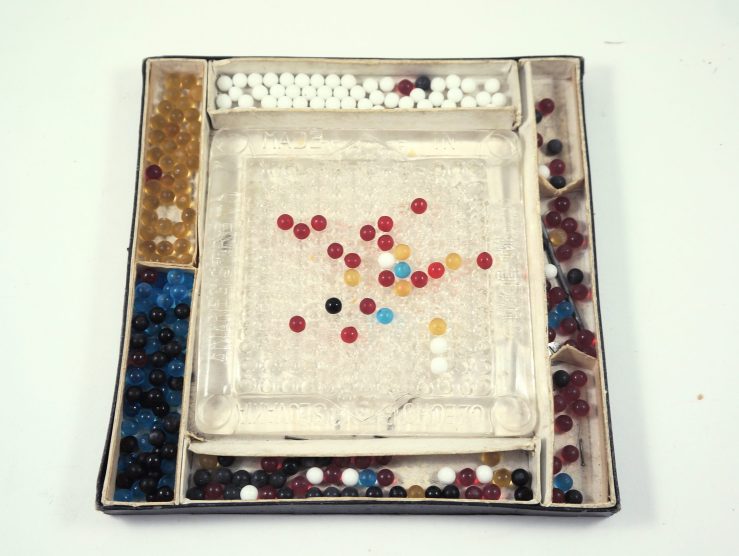 Based on the sheet below, it kinda seems like a proto etch-a-sketch. You have a glass “board” with dimples on both sides (one side is a square, the other is shaped like a diamond), and little glass marbles of different colours to put in those dimples to create different patterns or designs. 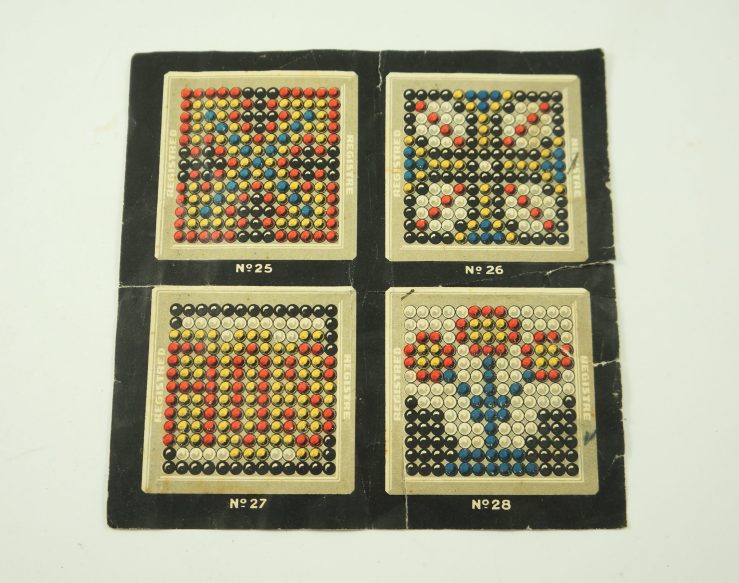 Like a lot of nice glass stuff, it was made in “Czecho-Slovakia.” That spelling might give a hint as to when it was made, since the hyphenation was apparently only used just after the end of WWI and for a little bit right before WWII. Based on the design and materials used, I feel safe saying it likely dates to the late 1910s or early-mid 1920s. I’m not sure what it’s worth, but it’s a very cool thing that’s in very nice shape considering it’s about a century old and was left in a bag on the curb. 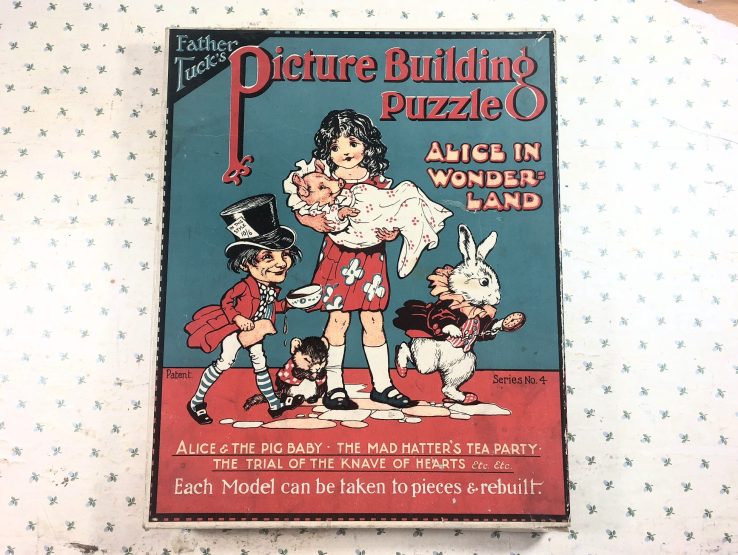 I found this puzzle the same day. Raphael “Father” Tuck & Sons operated in London between 1866-1959. They’re probably most known for their postcards but they also made paper dolls, pop-up kid’s books, and apparently the occasional “picture building puzzle”. It’s hard to find specific information about these, but I’d guess this was made around the same time as the proto etch-a-sketch or maybe a little earlier. 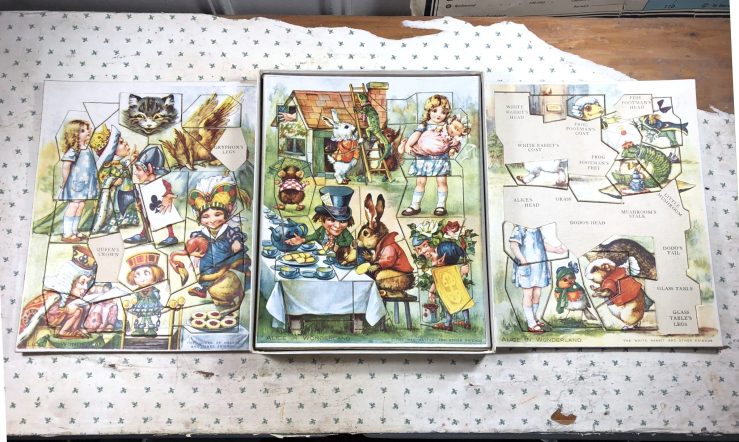 The subject is Alice in Wonderland, which is likely good for its value given Alice’s cult following. There’s three puzzles in total, only one of which is complete, but considering its age I’m probably lucky to have that. 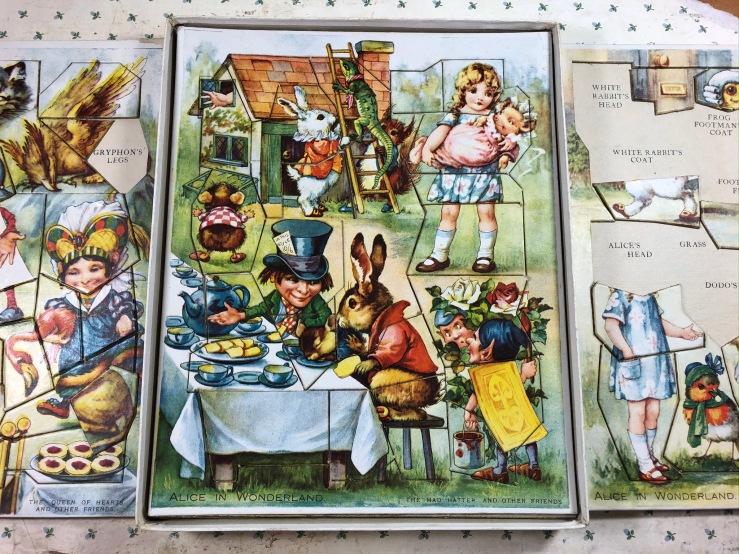 I’ve never read Alice in Wonderland, but lots of people have recommended it!

It’s pretty hard to find other puzzles like this online, so maybe they’re pretty scarce. A museum in Vancouver seems to have some puzzles, but maybe not the box (FYI, on the back of the puzzles are written some verses I didn’t notice before, which you can kind of see via that link although the pictures are fuzzy). This Tuck devotee compiled a couple of pictures and some pages of similar Tuck products from old catalogues, but doesn’t seem to own a copy. The only sale I found is listed on Worthpoint, which I don’t have a subscription to (but if you do, I wouldn’t mind some info ;). That one looks like it was never used, though my box is probably in better condition.

Regardless, these are pretty neat and fairly uncommon finds. Whatever they’re worth I’m glad I saved them from the dump.