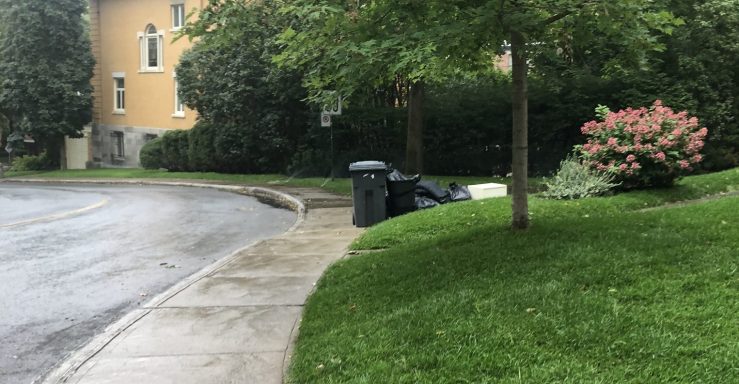 Here are some finds from a one-hit wonder spot I happened upon a few months back.

There were lots of bags out on the curb, but many were filled with random junk that made sorting difficult. Also, I knew the garbage truck would pass by soon (usually around 10am here) so I had to work quick.

I could tell by the sound of this bag that were were coins in there. Peeking inside, I saw watches as well, so I just took the whole thing to sort though later.

As I was about to leave, a guy a little older than me came running towards the car. He asked nicely if I had taken a hard drive, which ended up being in the bag I grabbed. I gave it to him, which he appreciated. After, he apologized to me for throwing out good stuff, and said “you’ll like that bag, there’s some good stuff in there” (paraphrasing a bit). So that was a pleasant enough encounter. I don’t deal in hard drives anyways, especially external ones because they’re often finicky and don’t age well (I usually just recycle them), but I can understand if someone if concerned about their privacy.

My best finds from that day included a Murano glass penguin, which made it to the curb undamaged, an iPod, an electronic label maker, a Panasonic recording device, a Sony Dream Machine (which I’ve been using at the garage to test / use found iPods), and a pair of sunglasses. I forget which brand they were right now, but I do remember it being a fancy one.

Otherwise, my best finds were watches. There weren’t any Rolex’s here, but there were some other nice brands like Michael Kors, Kenneth Cole, Diesel, and Nautica. The pen on the right is a Lamy, and there was around five bucks in mostly American coins, including four of those 1$ pieces that apparently no one uses. I included that disposable lighter because I found a bunch here, like 10, all of which worked, which probably means that is the guy at the party who leaves with people’s lighters at the end of the night. I ended up giving those to anyone who wanted one. 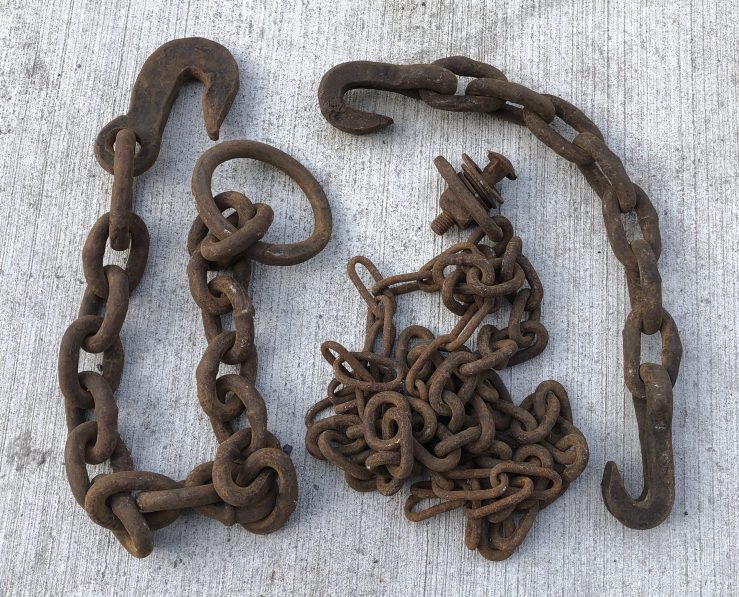 The guy told me that this was the last of the trash, which it was. I guess they sold the house and moved. But last week I went back for old times sake and found some big hunks of chain. The new owners are doing renovations it seems, so perhaps some of the original elements of this 100 year old house are being removed. Anyways, people like old iron chains, and these went straight to the auction. We’ll see what they end up going for.

1. Facebook page
2. My eBay listings, Sign up for eBay, Search for something you want / research something you have
3. Help me pay off student loan debt / Contribute to the blog
4. Follow me on Instagram
5. Email: thingsifindinthegarbage@gmail.com – note that it might take me some time to reply, and that I am unlikely to be able to fulfill requests for items

1 thought on “Around the bend”