I was having a pretty average run a couple weeks back before happening upon a collection of around 20 trash bags in front of a fourplex in TMR. That’s a fair bit more garbage than you typically see coming from four households, so I checked it out and ended up saving quite the variety of quality vintage junk (QVJ). I pretty well filled up the car, taking maybe 1/3 of the total volume from the bags when all was said and done. While there were no “omg” finds, I found a few things for eBay, some auction worthy items, and a lot of great yard sale stuff.

That box of records came from another house, FYI. It was actually a pretty good collection, including a lot of classic rock that’s typically pretty easy to sell. 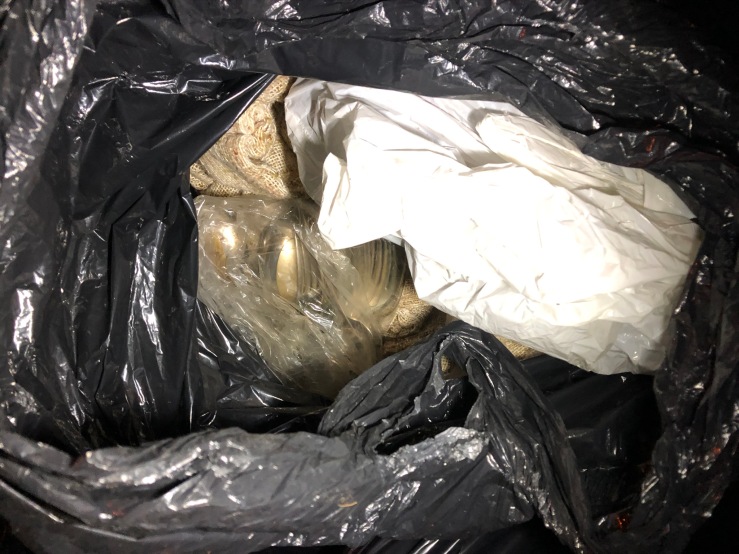 One of the first things I found was a large stash of silverware. I enjoy finding these collections, as there’s sometimes a bit of sterling mixed in with the plated stuff (and the plated stuff is still nice, good for the yard sales). 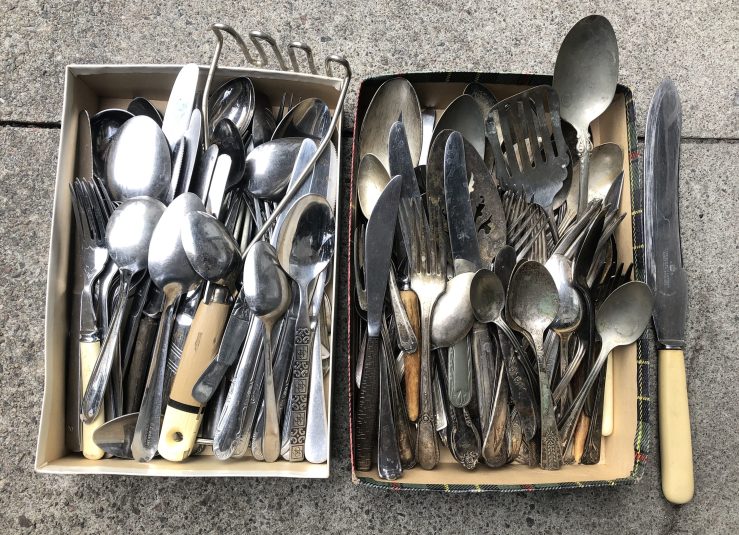 On the right is the cutlery I saved for a future yard sale, and on the left is the more common stuff I left on the curb for others to pick through.

I did find my bit of sterling, a small spoon made by Birks. It’s always a bit of a thrill to find solid silver, even if it’s only worth about 10$. You can see how dirty my finds got picking through all that tarnish!

I saved a whole bunch of nice vintage scissors here. These are always a hit at my yard sales.

(PS: my camera is working fine again after I bought a new battery for it. This is the only picture from this post I shot using the camera, as opposed to my iPhone). 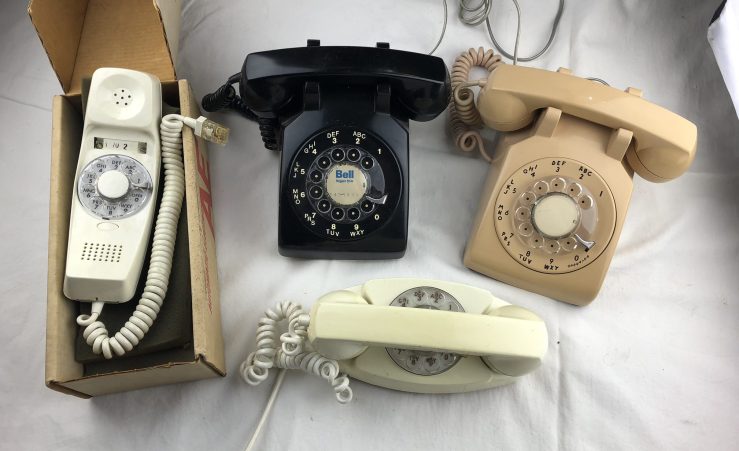 This spot was noteworthy for providing notable quantities of certain vintage items, in this case rotary phones. Finding four in one night, let alone one spot, is likely my all-time record. These old rotaries tend to do well at the auction-house, so I’ll likely bring them there when they open again.

Here we have a collection of radios. I haven’t done much research yet. but I’d guess that Hitachi transistor in the middle is worth a bit of money. People like their transistor radios, and they tend to like them even more when they come in different colours. Also, it’s in very good cosmetic condition. The radio at back right, a portable RCA Victor from the 40s, is probably valuable as well.

Here’s another portable radio, as well as five different combination alarm clock / radios. For some reason these folks had two of the exact same, very boxy model of Detson flip clock. I like the boxy look (I once owned a Volvo 240), and I’m sure others will appreciate them as well.

Vintage lamps are always a good find. This one’s a pendant lamp, meant to be attached and hung maybe 1.5′ from the wall. Another easy sale, unless I decide to keep it for myself.

My most unusual find was probably this framed photo of a 1930 medical exhibition featuring a wide variety of prosthetic limbs, including the Carnes arm. The price tag indicates that the previous owner either bought it at a sale, or tried to sell it at a sale. A friend who fancies old medical stuff showed an interest in it, and I agreed to sell it to them for 20$. 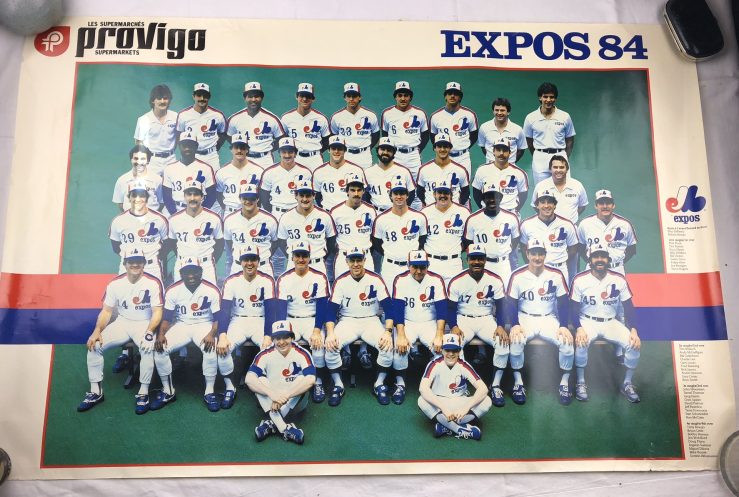 Lastly, I found two large Expos 1984 team photo posters. The 80s were one of the best times to be an Expos fan – this team features three Hall of Famers (Tim Raines, Andre Dawson & Gary Carter) and Pete Rose, by then a washed up future Hall of Famer (it wasn’t til later that he was caught betting on games), not to mention lots of players worthy of the “Hall of Very Good”. The strike in ’94, terrible / cheap ownership, and constant firesales destroyed enthusiasm for the Expos, ultimately resulting in their relocation after the 2004 season, but there’s hope that they’ll return someday soon (though, for what it’s worth, I think the idea of splitting games between Montreal and Tampa Bay is ridiculous).

I sold one of these posters very quickly for 50$ on eBay. The other, which is in slightly worse condition (a bit of foxing on the right side), is listed at 43$.

There’s yet more stuff from this spot to share, but I’ll save it for my next post. I didn’t see anything but rolled up linoleum there last week, and I’m guessing this spot will end up being a “one-hit wonder.”

17 thoughts on “A cornucopia of quality vintage junk pt.1”