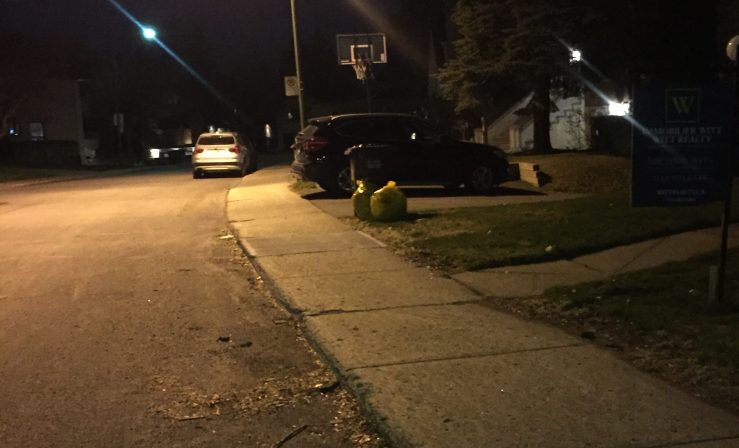 This spot provided some great finds over a couple of months in the late spring / early summer.

As I was picking one night an older guy knocked loudly on his window, presumably to get my attention. I looked up but he didn’t give further direction. Windowknocking is a passive aggressive way of telling me to get out of the garbage – It happens semi-regularly, usually in the evening, and it’s always a little awkward. Fortunately I was just about done with the pile by the time this happened so I took my finds and left.

These folks had tossed some great stuff though, so I wasn’t going to be deterred that easily. I just made a point to go to that spot nearer to the end of my trash run, instead of close to the beginning. That seemed to work, and I was able to avoid further contact with the windowknocker. 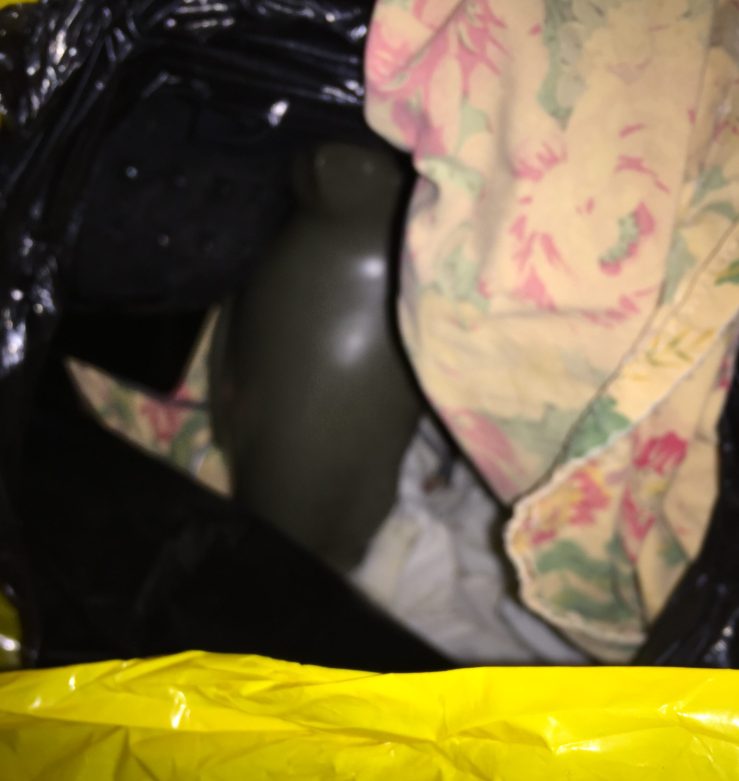 I take photos of most of the trash piles I frequent to prove that I was there and that there were things on the curb. When I find something really cool, I might try to get a shot of the object inside the bag as proof that it was indeed in the trash. I do get paranoid that someone will accuse me of stealing, particularly when people throw out literal gold. It seems like an unlikely scenario, but if I’ve learned anything in life it’s that people can be quite stupid! Anyways, because of all that I’m actually happy that Apple tracks all my movements, and that all my photos have the specific locations attached to them.

Those iPhone photos aren’t always that great, especially at night with the flash on. But above you can maybe make out an intriguing blob wrapped up in old sheets. 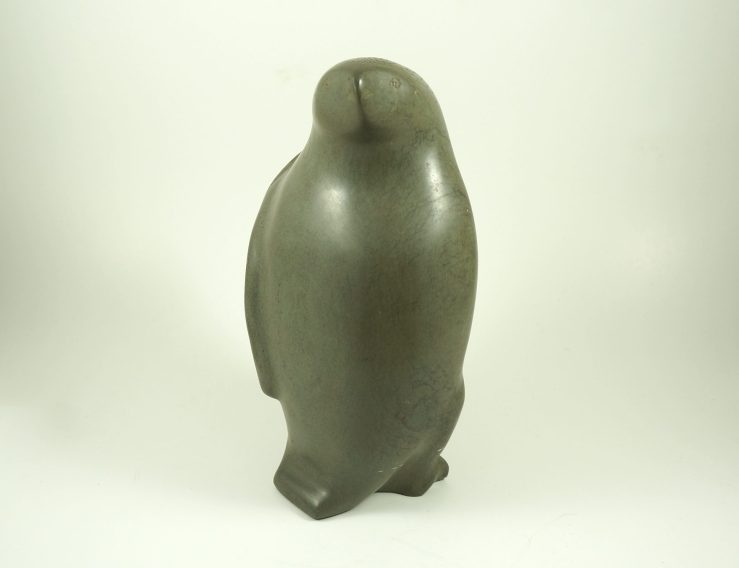 It was a heavy soapstone carving in pretty much impeccable condition. It’s funny when people throw things out with care (I guess they thought it might have torn through the bag otherwise?). It weighs about 3.77kg (or 8.3lbs) and measures about 10″ tall. 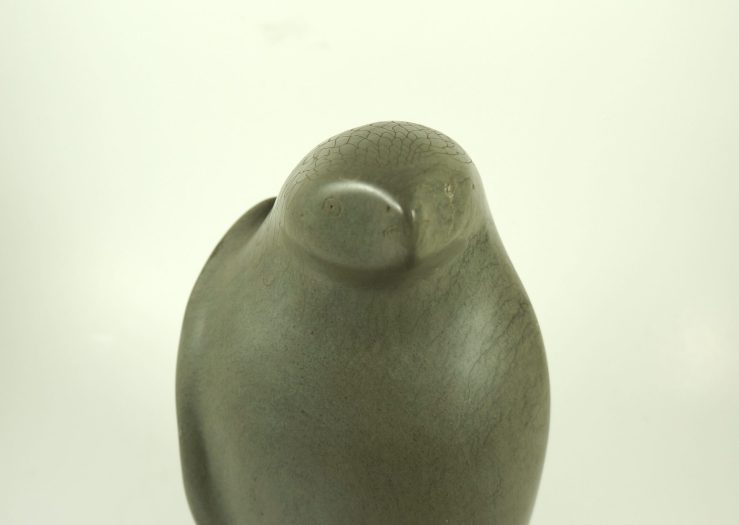 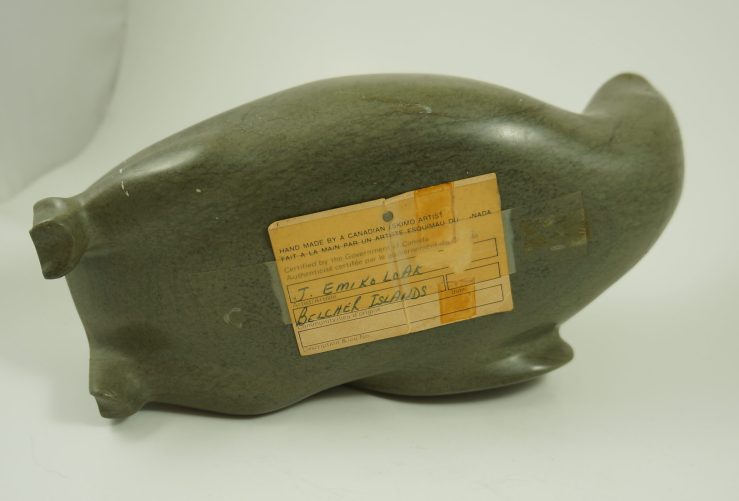 A tag was taped to the back, which noted that it was made in the Belcher Islands (in Hudson’s Bay off Quebec) by a J. Emiko Loar. I had no luck finding any reference to this person, but if you have any ideas please let me know! 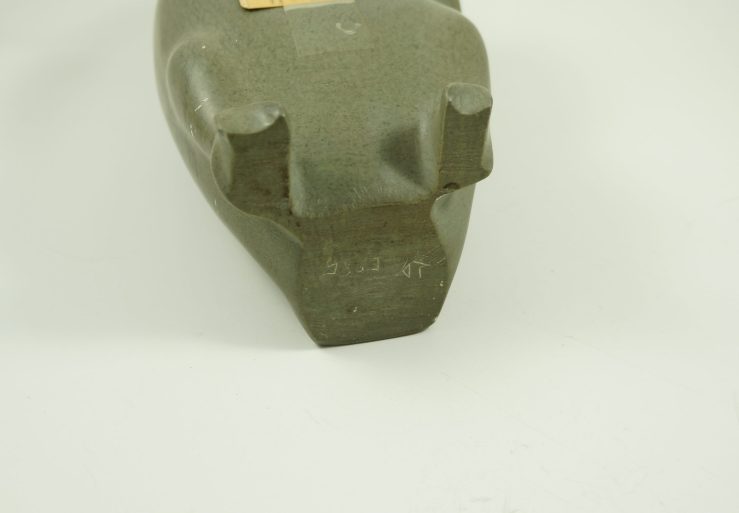 A number and a couple of letters that are probably Inuktitut are etched on the bottom. I haven’t looked too much into those yet, but if you know anything about them please save me the effort! It’s a very nice piece, and should be worth somewhere in the three figures regardless. 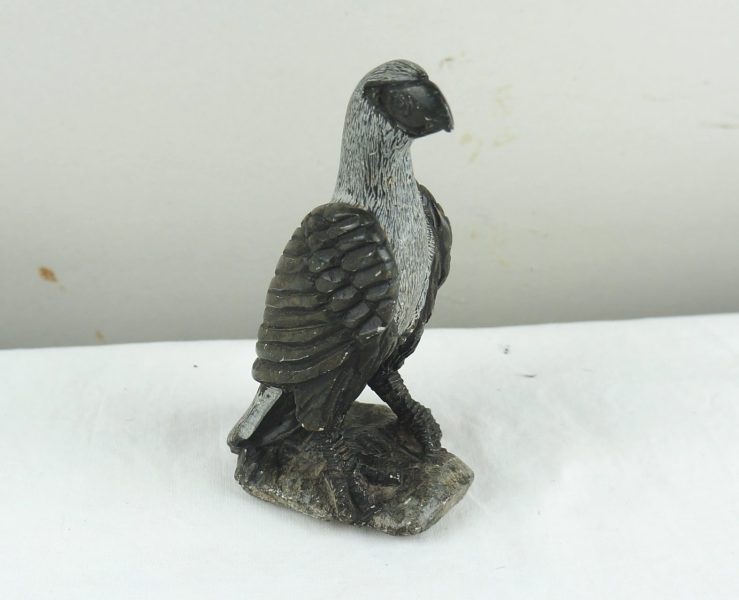 I found another soapstone figure here. This one’s much smaller, maybe 5″ tall, and doesn’t seem to be signed (the bottom is rough / not polished). Still, it’s pretty well done. 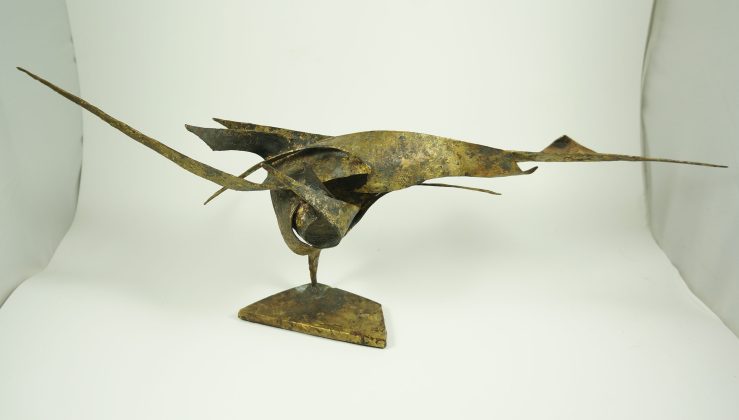 These guys must have had quite the art collection if this is what they were throwing away. This bronzed steel sculpture fit pretty awkwardly into the trash bag as you can probably imagine. The “wingspan,” or whatever you want to call it is about 15″ in length. 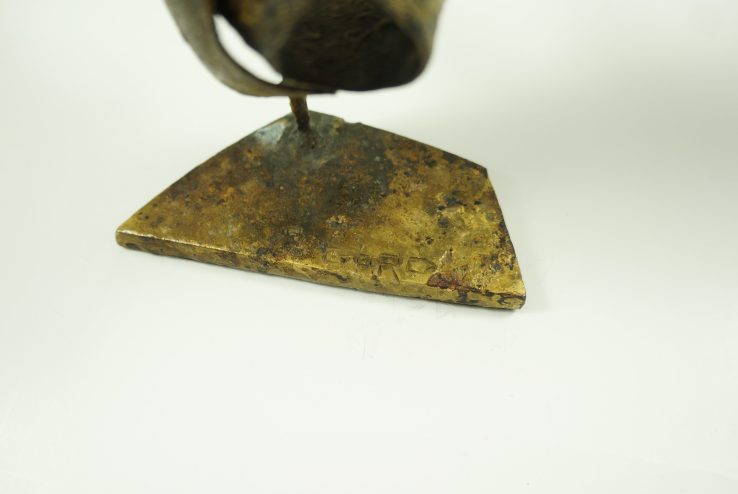 The piece is signed “Gord.” It’s a simple signature reminiscent of what you’d see on amateur art, but I figured out that it was by Gord Smith, a noted Canadian sculptor who created the “Canada Screen” at Expo 67. It’s a pretty cool object, and it seems like it should sell easily for hundreds of dollars, maybe a thousand if I’m lucky. 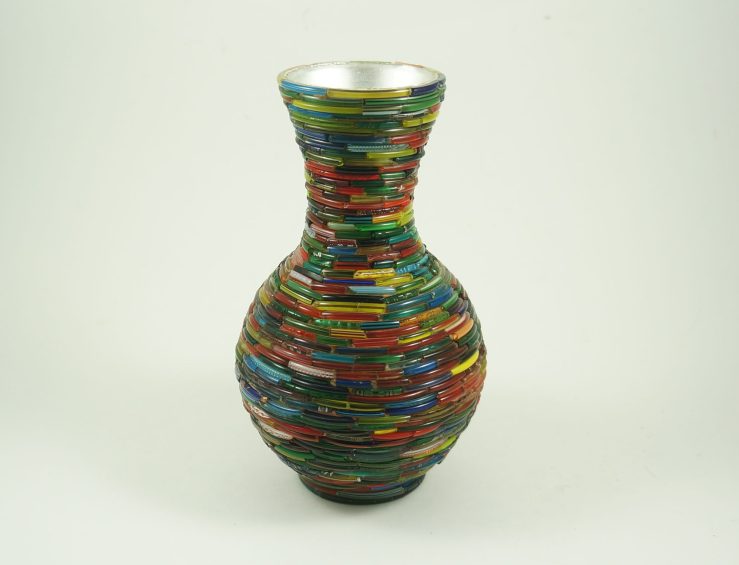 I’ve never seen anything quite like this vase, which is aluminum (I think) and covered in bits of curved coloured glass. It’s very nicely done, but I don’t see any signatures or other identifiers. If you’ve seen something like it, please let me know!

This spot wasn’t big on jewelry, but I did save an Italian silver bracelet and an old silver band. I doubt the stones are diamonds, but I should get them tested. 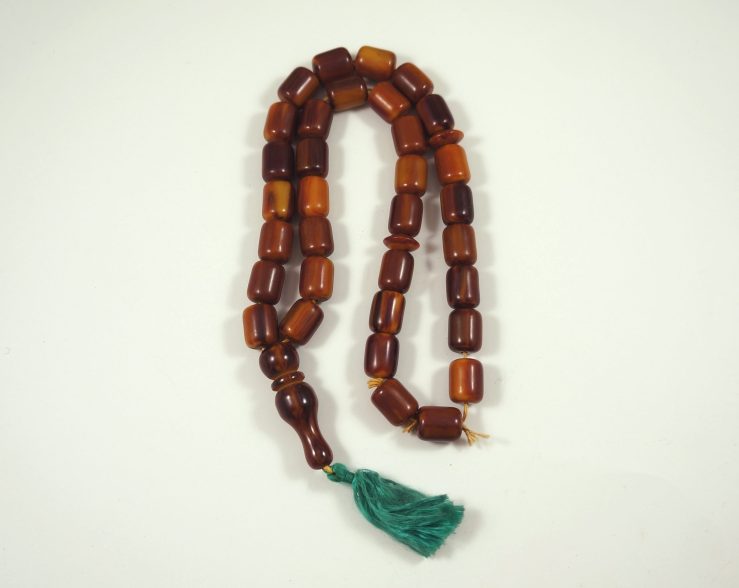 This prayer necklace is probably more valuable than either of those. The beads smell like Bakelite, and I’ve had great success selling the reddish stuff before. I still don’t know much about the market (ie: what qualifies as “faturan“), so maybe I’ll let an eBay auction figure out what it’s worth. 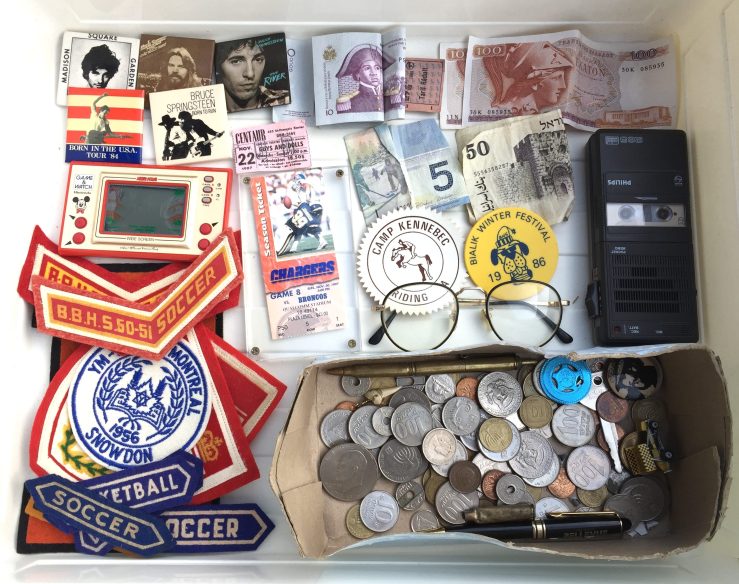 On the last day I met a younger guy, who told me in a sort of whiny voice that he didn’t care if I took anything as long as I didn’t make a mess. Fine by me. I saved a lot of small stuff that night, including a coin collection (nothing super exciting, but still), several bills including a ripped 5$ (I think it’s still worth 5$ but I have yet to bring it in), some patches, a Nintendo Game & Watch (ie: an easy 50$+), and a collection of Bruce Springsteen tour pins. The house looked empty the week after, and there was no more garbage to be found.

Over the weeks I also saved some old photos, clothes, canned food, and other useful if unexciting stuff.

The weather’s looking pretty good this weekend so I’m planning on doing two garage sales. It’s also that time of year when university kids make their way here for the fall semester, and I figure it’s a good time to unload some quality junk. Sorry for the late notice, but at least they start a little late as well!

Please note that I am hopelessly bad at responding to emails & Facebook messages.