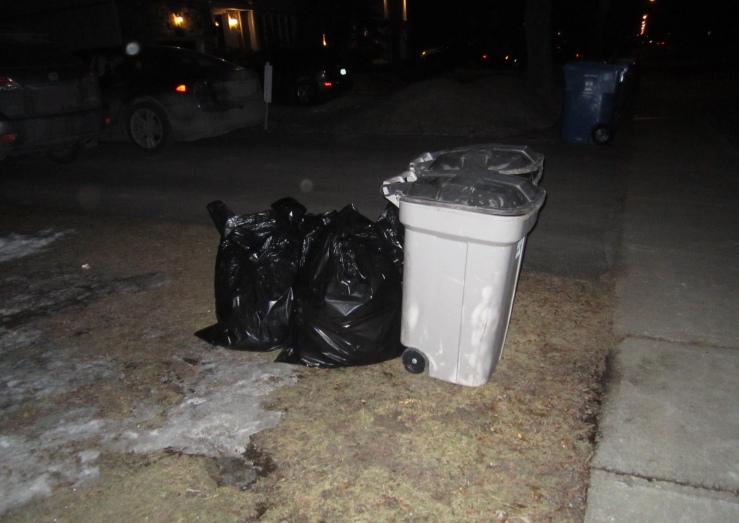 Through trash picking I’ve come to better understand the privileges provided by wealth. I was aware in an abstract sense before but some of my finds have really driven the point home. For instance, coming across a container filled with over 56$ in change in Westmount made me wonder about the world in which that amount is considered chump change. I’ve also found lots of jewelry, designer sunglasses, gadgets and electronics, but the 56$ is my favourite example because that was real money being tossed, and an amount that would provide significant benefit to a large portion of the population.

These types of finds are frustrating because it seems obvious that other people would love to have them, and because the effort needed to donate them is minimal. I won’t go into the multitude of ways that the 56$ in change could have been easily donated with very little effort, except to say that even unceremoniously dumping it on a sidewalk downtown would have been a better option than placing it inside a black garbage bag for disposal.

I’m sure some of the people tossing this stuff are self-centered, and don’t consider much beyond their own self-interest. The privilege of wealth comes not just from what one can buy with the money, but also their ability to throw something away without having to give much thought to the act. At the same time I’d bet that many of the rich people throwing out nice things are reasonably cool. I except that some rich people are just so far removed from financial deprivation that they simply cannot conceive of what it’s like to be broke. As a result, they become oblivious to the value their items might have to a person who really needs them.

A couple weeks ago I found something else that was indicative of this privilege. It came in front of a nice house that was recently sold.

Inside one of the bags was this box, which was a fair bit heavier than I expected it to be. 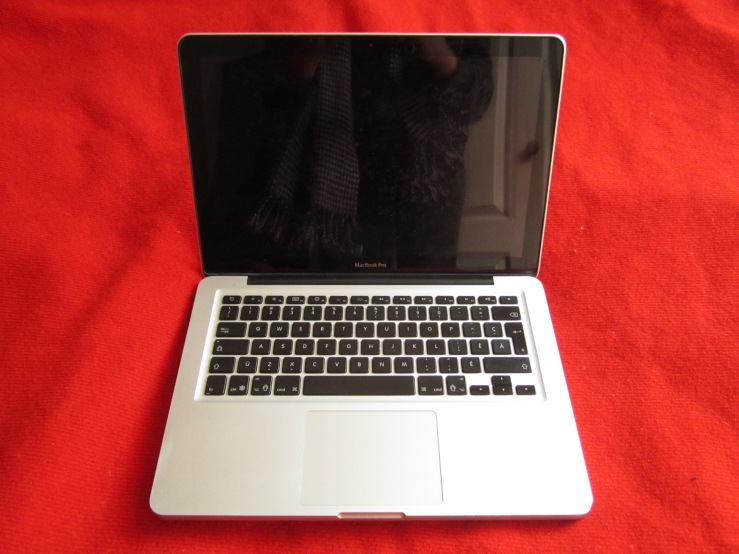 To my surprise, inside was a Macbook Pro! 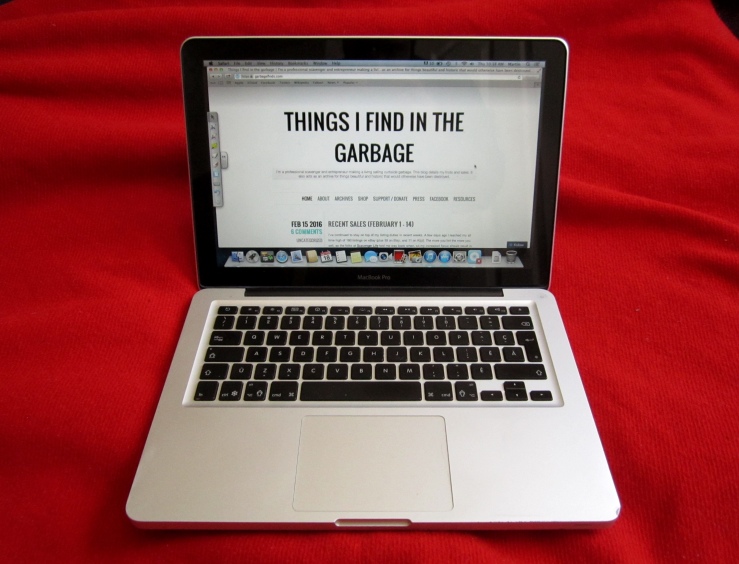 The laptop was pretty clean, so it didn’t surprise me much when it worked as well.

The computer was password protected when I found it, but after several hours of research I was able to figure out a workaround (basically I created a new administrator account, from which I was then able to delete the other user and all their information). Another issue arose when the old battery – which I don’t think had been used for 2 years – started to bulge, causing the track-pad clicker to stop working. That took me a few more hours to figure out, but once I did I was able to fix the issue by removing the old battery.

I’ve found working laptops before, but this one is by far the nicest and most desirable of the bunch. The Macbook Pro is a coffee shop staple and a favourite among students and artists. In terms of value, mid-2009 Macbook Pros with 13.3″ screens seem to go for around 400-450$, making it a pretty nice find!

I found some more great stuff at this spot recently, so expect some more luxurious finds in a blog post to come! 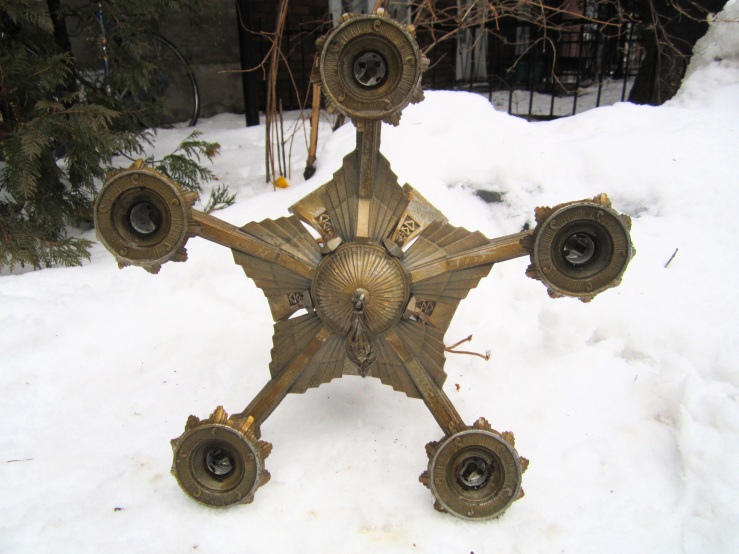 This chandelier is pretty cool, but needs rewiring and a bit of glue or solder as one of the upper arms broke since I took this photo.

I love the art deco “starburst” design. I’m not sure this fixture is worth anything (it’s not quite in perfect condition either, being not quite flat) but it’s definitely pretty neat. 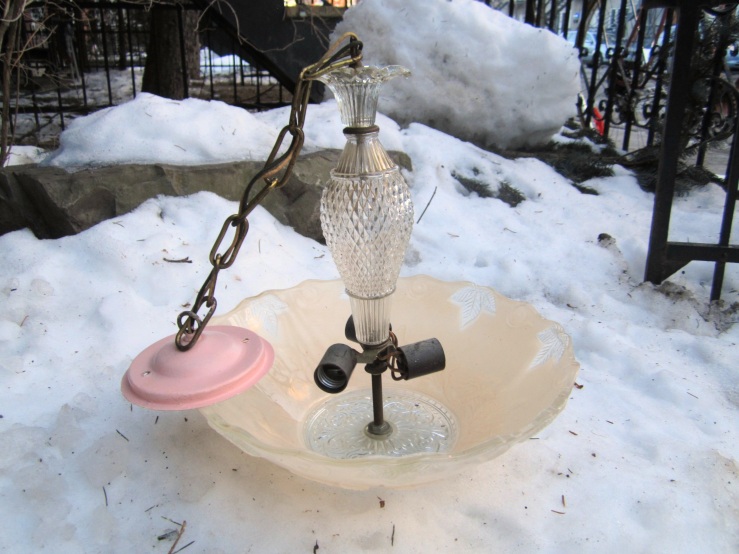 This hanging lamp might be the most valuable of the bunch. It’s in pretty nice condition, with no notable chips or breaks. I’d guess it was made in the 1940s.

The bottom has a frosted look to it. I listed the lamp on Kijiji for 150$, and we’ll see if it sells.

In Montreal West I came across two golf bags whose best days have long since passed.

More interesting were the clubs, many of which were hand forged in the 20s or 30s. They’re not worth a lot but make for good yard sale material. 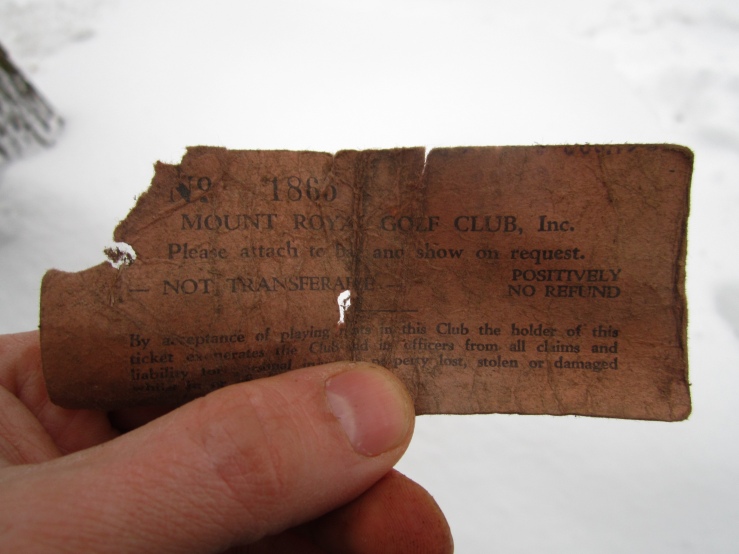 This fare was inside one of the bags. I’m pretty sure the Mount Royal Golf Club is the one in TMR that got built over in the 1950s, so that gives you some idea of when these clubs were last used.

I saved a vintage TV (at left – the one on the right was a huge monstrosity) from this pile in TMR. I have a strange adoration for vintage TVs so I took it despite the fact that it was large and weighed probably 40 pounds. I posted it on a Facebook barter page and ended up trading it for some kombucha and coffee beans. Was it worth it? Probably not. I almost killed myself yesterday trying to deliver it to my trade partner, and the amount of effort it took to deal with it didn’t match the return. I’m glad this old TV still exists, but I think I’ll stick to saving smaller vintage TVs from now on.

Otherwise, I saved what looks to be a jadeite glass vase (NDG) …

… a collection of Givenchy Gentleman after shaves (Plateau); 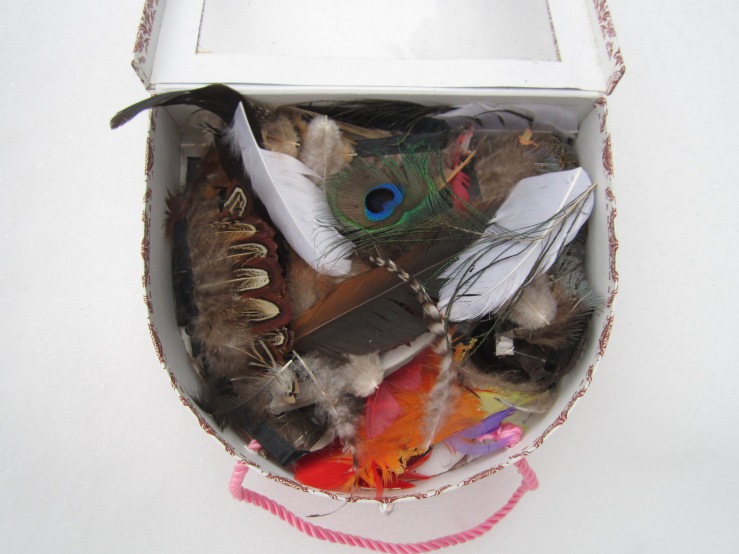 … a busted shale glass box (I left this on the curb, and someone took the top – NDG);

… and a collection of hand saws, which I have since traded for four litres of tasty homemade soup (TMR).