I’m still a bit behind, so let’s make this another quick one!

This spot in TMR has been producing on and off for months. Sometimes weeks will go by where I’ll see nothing out front, but then one day the flow will suddenly begin again. It seems that the house is being slowly cleared out: there’s never any “normal” waste (ie: kitchen scraps and so on), just random stuff you might find in a basement or garage. On a side note, the tosser is using the cheapest trash bags possible, the kind that fall apart if you look at them the wrong way.

The most notable find so far has been the collection of Post Shooters hockey game pieces, which sold for a nice 149$ back in October. I also saved a couple of Expo 67 colouring books, and a cool die-cast tin toy from the 1950s.

The finds had previously been mostly basement storage kind of stuff. This time however the contents of the bags had a bit more of a “junk drawer” feel to them.

I saved a collection of perfumes, some of which I sold to a reader at my recent art market sale; … 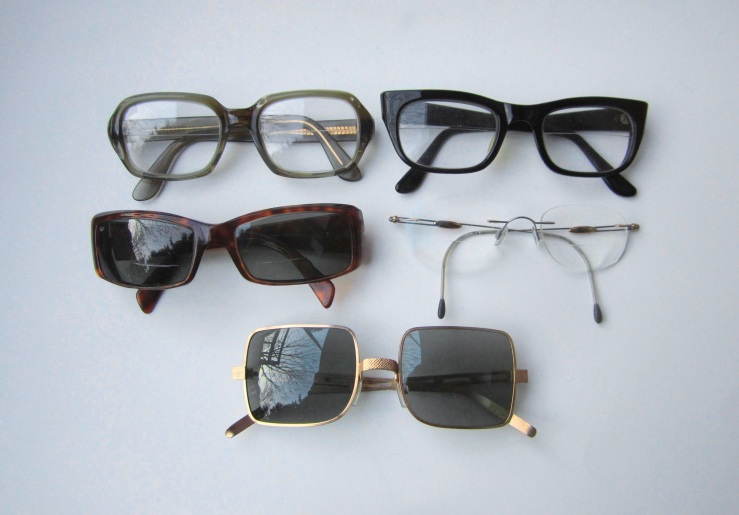 … a collection of vintage glasses, some of which may sell for a pretty decent price;

… a 900 silver Fend Dictator mechanical pencil, which though broken is worth a bit for scrap;

… and some travel ephemera (in the recycle bin). My favourite piece here is the Smokey Bear litter bag.

My hope is that these finds bode well for future success at this spot. The theory is that if someone is willing to toss this kind of stuff, then they’re not far off from throwing out even better things. (Some gold jewelry would be nice, for example!). It’s impossible to tell what finds are yet to come, but I’ll certainly let you know if I find something great.

TMR was pretty productive that night. A different spot gave me an old bottle of R. Jelinek Passover plum brandy (which was mixed in with some cool vintage drinking glasses, some broken some not); …

… a beautiful Mexican silver and abalone letter opener, which I cleaned up and listed on eBay for 60$ + shipping; 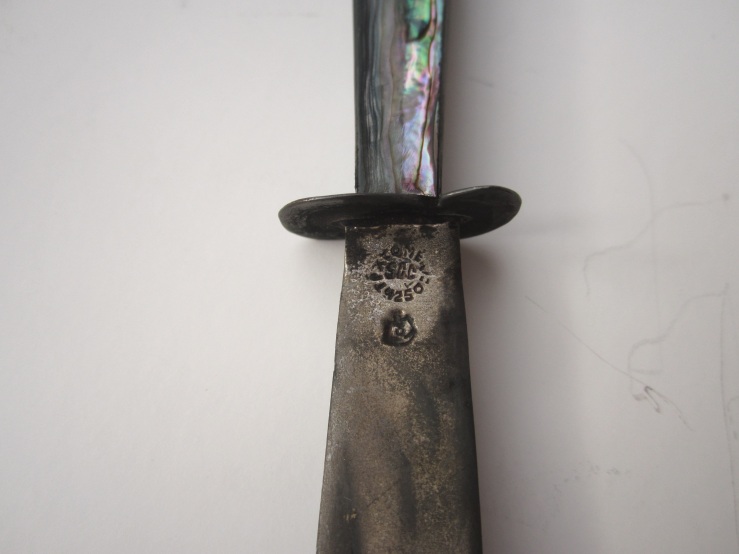 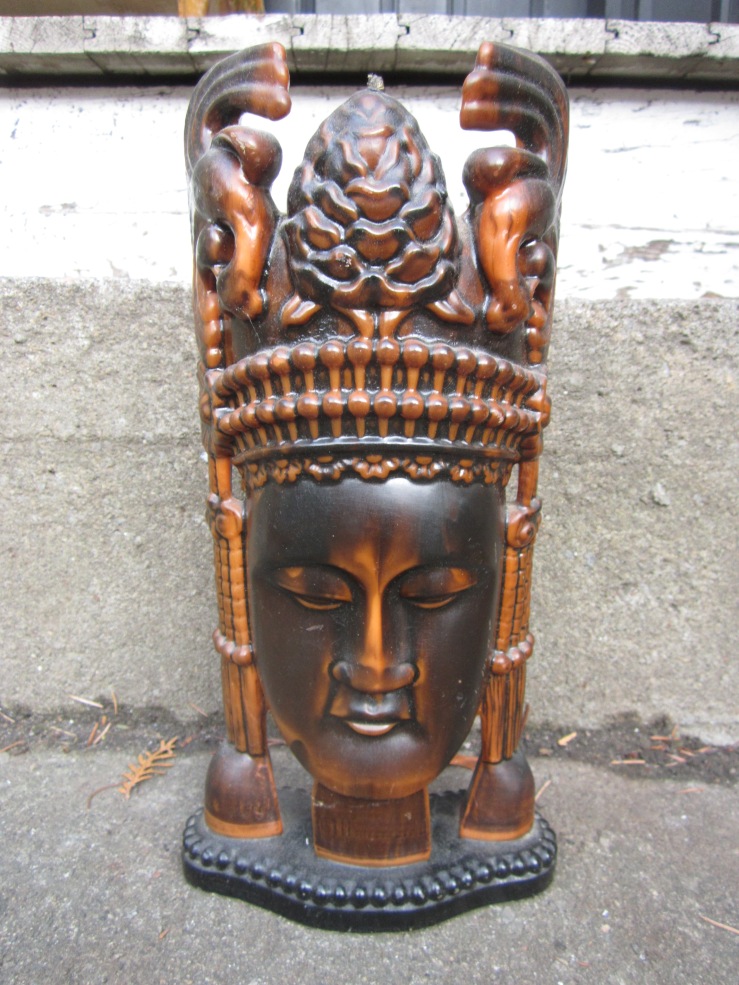 … a neat candle (there was a second matching candle, but the other was pretty busted up);

… and a sweet fly brooch, which looks to have been made from wicker.

I found several ziplock bags full of junk at yet another spot in TMR, which I condensed into one ziplock bag full of good stuff including: a Chanel Mademoiselle perfume I sold to a reader for 45$, a bit of scrap silver, and a bunch of small change.

Otherwise, the rest of the city produced a collection of old tobacco pipes (Cote St-Luc); 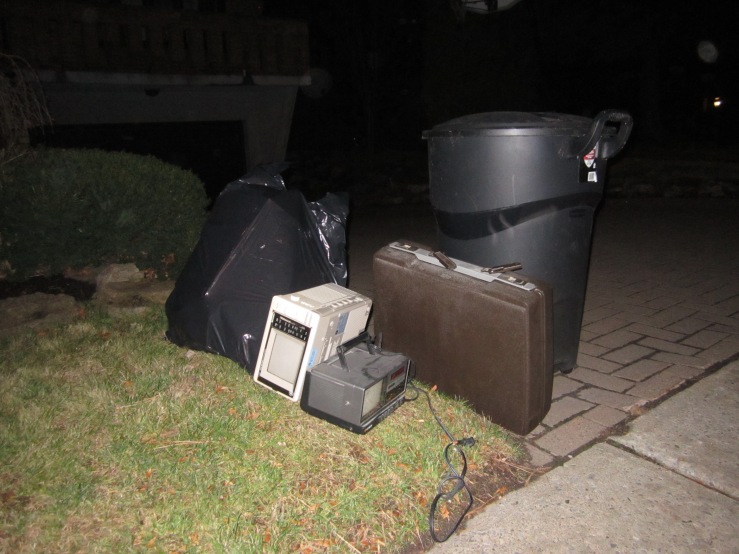 … some old technology (the typewriter in the case didn’t work, but the two portable TV / radios / clocks both work fine and have some value to collectors) (Cote St-Luc); 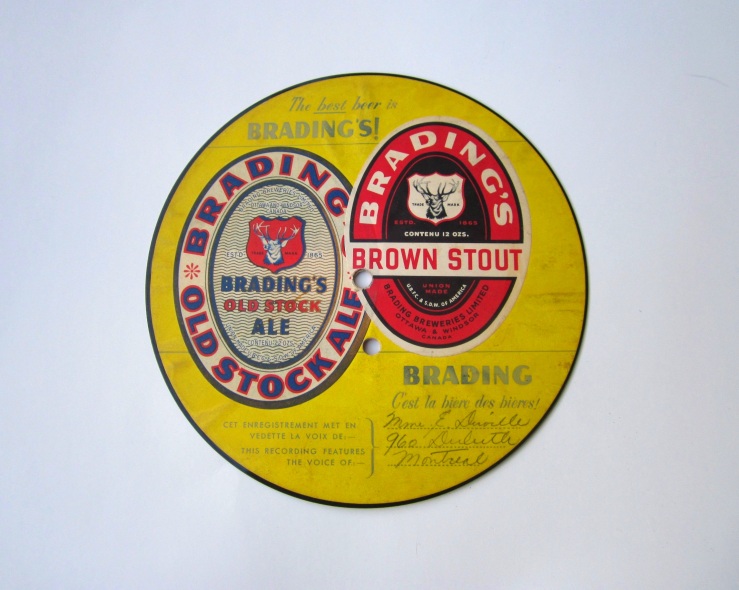 … and a 45 record of the electric transcription variety in the Plateau. It publicizes the long defunct Brading brewery of Ottawa.

I’m not sure what’s on the disc, but it was apparently recorded at a May 1952 Retail Merchants Association Convention in Montreal. These kind of pressings are very fragile (it’s already in poor condition), so it’s important not to play them unnecessarily. I’m going to try to get the audio digitized, and if it’s interesting I’ll share it here on the blog. After that, I may try to sell the physical copy of the disc, as it’s likely of interest to a collector of beer memorabilia. It seems to be an uncommon piece (I found nothing at all similar in a cursory Google search) and the top would make for a great decoration.