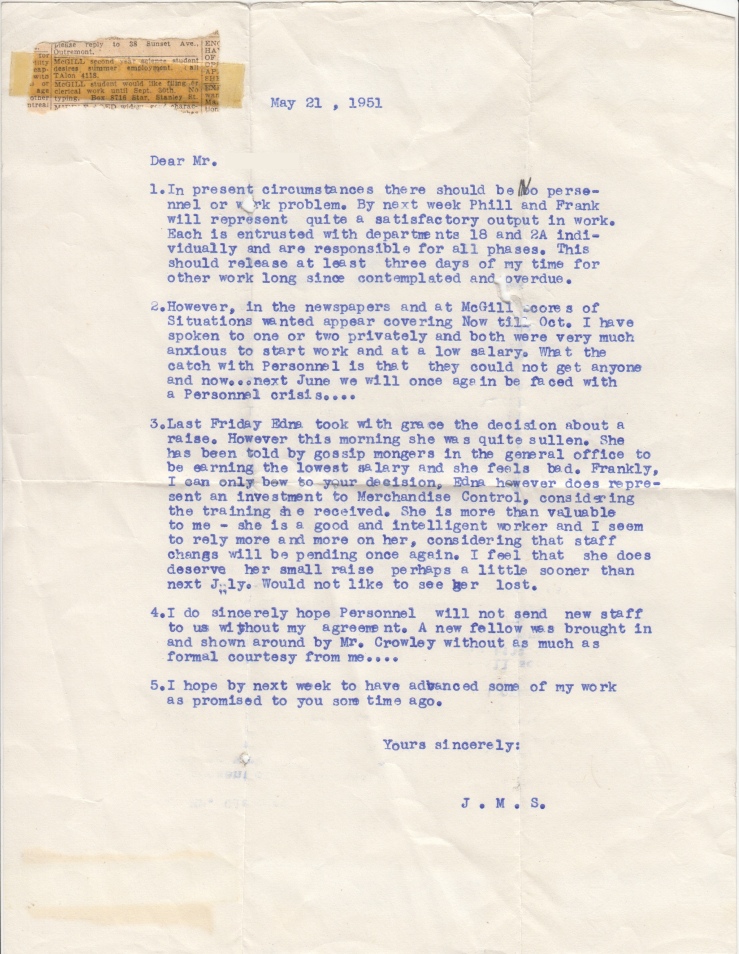 Today we finish with the things I found in Westmount a couple months back. A lot of the papers were related to a family owned chain of department stores. It was a pretty successful business from the looks of things, operating locations in several different cities in Eastern Canada. The business appears to have disappeared off the face of the earth in the 70s (I can’t find any information on it through Google), which I’d guess is a result of it being bought out by a bigger chain.

Most of the papers weren’t very exciting – old tax papers, receipts, blueprints, that kind of thing – but I thought these old internal business letters were cool. They provide an interesting window into what running a business was like in the 1950s. To clarify, the recipient was the President of the business. 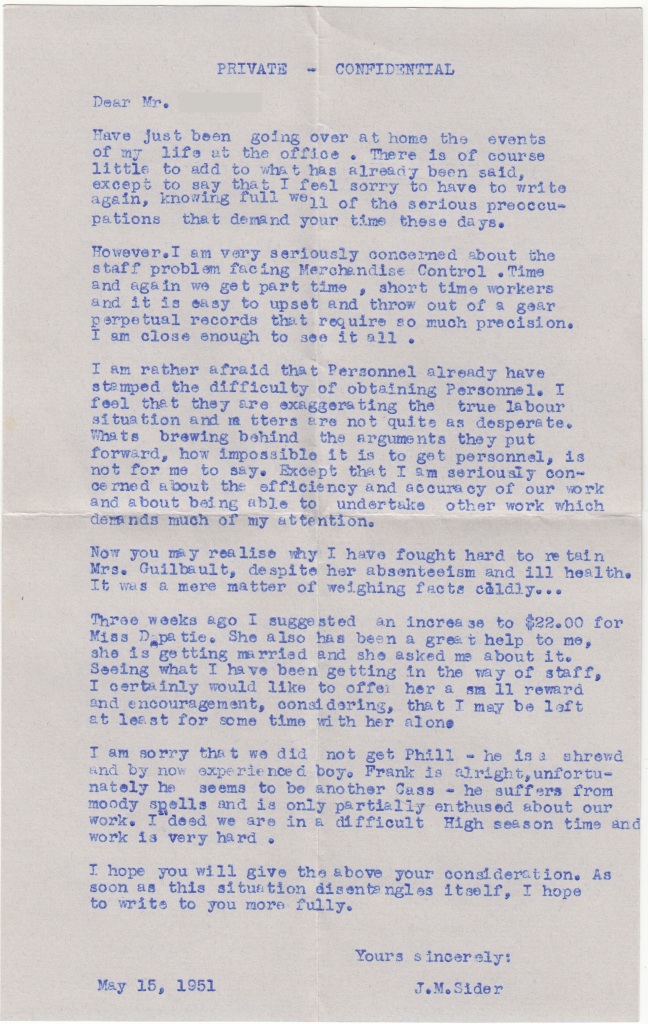 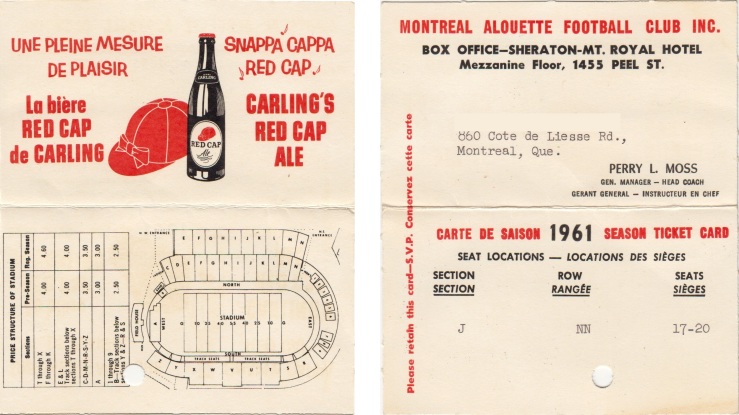 Here’s a 1961 Montreal Alouettes season ticket card. 1961 was just the fourth season of CFL. The Alouettes weren’t very good that year, finishing last in the division. 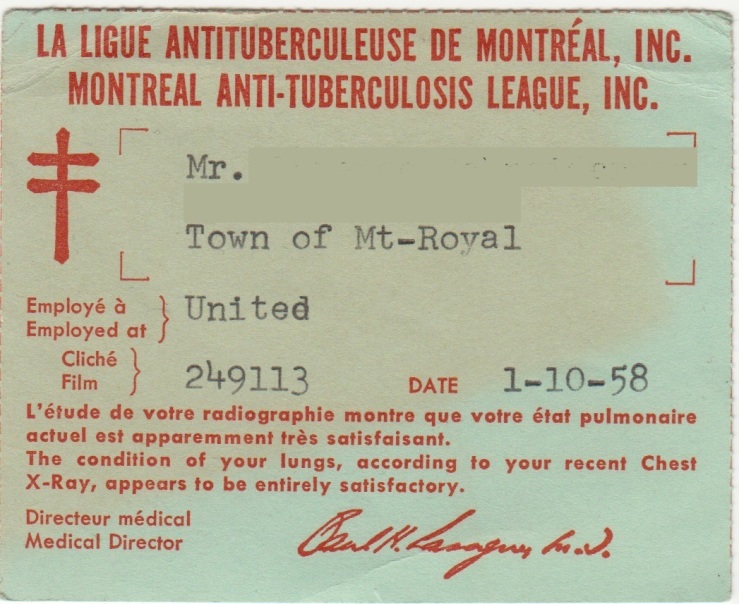 This card, issued by the Anti-Tuberculosis League indicates that the holder was tested for the disease. Tuberculosis is still around but is not the killer it once was, thanks to antibiotics and other public health endeavors. 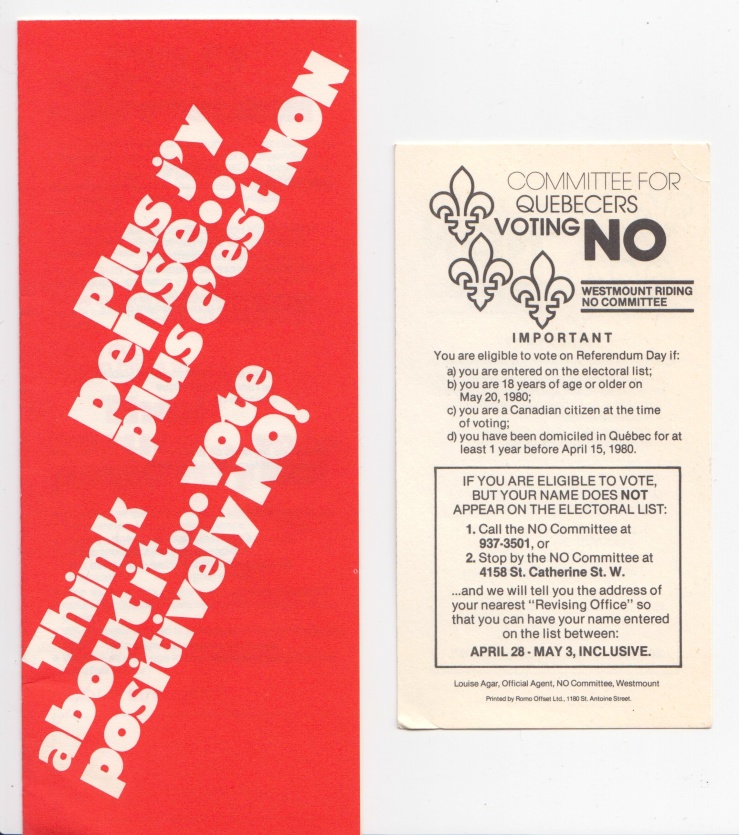 There was a bunch of stuff related to Canadian federalism, including a collection of speeches and essays on national unity and these flyers promoting a “no” vote in the 1980 Quebec referendum.

There were a whole bunch of these “Share in the land of Israel” certificates. They (and similar ones regarding planting trees in Israel) seem to have been common anniversary and birthday gifts in Jewish households. I’ve seen a fair amount of similar certificates in the trash over the last year or so. This one is the oldest though – it was purchased in 1937 when the area was still known as Palestine. The shares were part of a National Fund Project that aimed to promote “Jewish colonization in Palestine.”

A collection of mostly 1980s magazines. One calls Ronald Reagan the “Man of the Year,” while another announcing “the second coming” of Pierre Trudeau. The latter is pretty funny, as we’ve just elected another Trudeau.

This poster was made to promote Dreamstage, a 1977 Harvard project that combined science and art to produce “an experimental portrait of the sleeping brain.” The poster is very cool, and I expect it to one day sell for a decent amount on eBay.

A pamphlet promoting the Chargex card, one of the first credit cards aimed at Canadian consumers (1968). Here’s an interesting story about how the Chargex was actually a tough sell at the time. 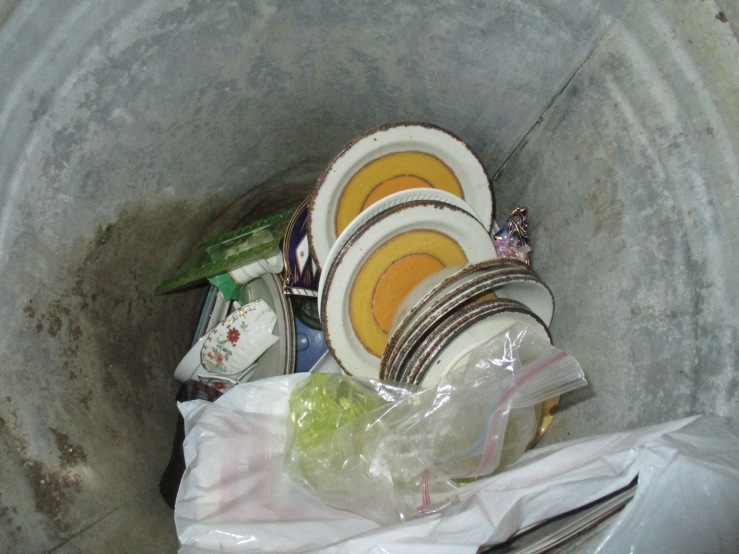 One time the trash bin was full of old dishes, the vast majority of which were cracked or smashed. Some was really nice uranium glass that would have been worth a pretty penny in nice condition. 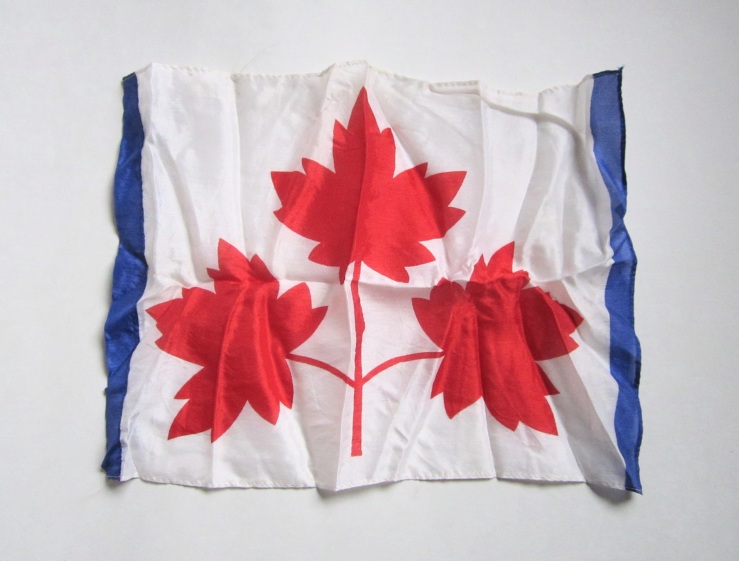 This small flag (around one foot wide) looks to be a Pearson Pennant. Canada decided in the 1960s to replace the Union Jack / Red Ensign as the national flag, and this was the preferred choice of Lester B. Pearson, the Prime Minister at the time. He didn’t get his way. I’d never seen one of these in person before, so it was kind of a neat find. Here’s a classic (at least for Canadians) heritage moment about the “Great Canadian Flag Debate”.

Some cool scout badges. The one on the far right is Hebrew, though I think I have it spun around the wrong way.

One of my favourite finds was this medallion commemorating the 25th anniversary of Montreal’s Jewish General Hospital. The design in very cool, combining Jewish elements with Canadian symbols, most notably the Beaver. It looks to be plated silver, though I haven’t tested it to see if it’s sterling. Usually sterling is marked, but sometimes not. 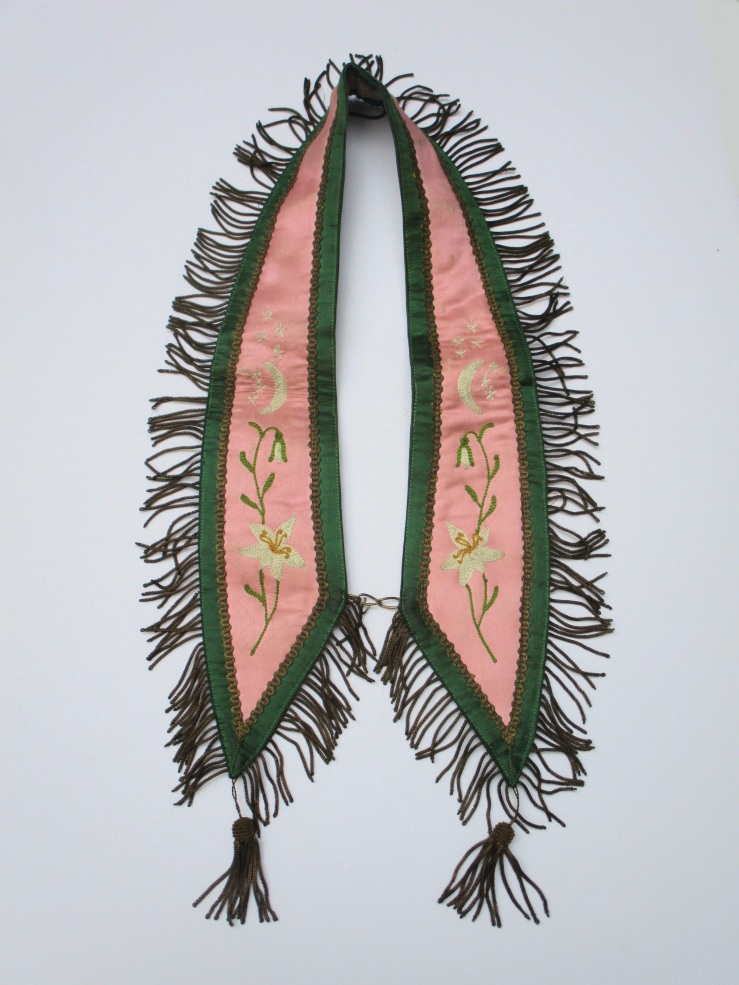 I’m not sure what you call this thing. Does anyone know? It’s made to go around the neck, as was presumably worn at some kind of event. 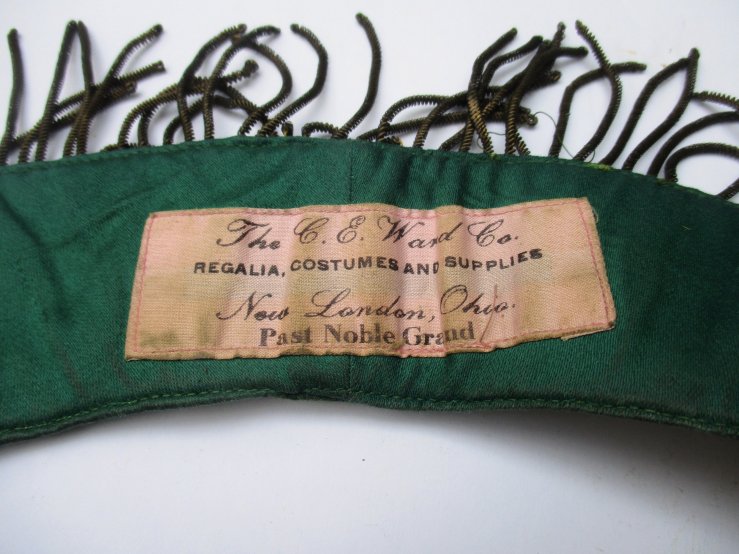 Finally, this piece of fabric was in the same little box as the piece above. It looks very old, and parts of it are worn in a similar way as you’d see on an old teddy bear. I have no idea what it is or what it might have been used for. If anyone has any ideas, let us know in the comments! It’s about 7″ tall.