I returned to TMR last week and avoided getting another ticket. I was paranoid for most of the run though, which wasn’t too fun. I stopped at this place, which provided the picture frame from a couple posts back, but the bags were kind of torn up. I didn’t look long because I didn’t want to get blamed for causing the mess, which would result in a different kind of fine. It seemed to mostly be junk anyways. I imagine the bags were ripped apart by a raccoon.

I didn’t find much that night, but I was able to make a bit of money off this big 50″ Panasonic Plasma TV. I brought it home and tried turning it on. It didn’t work, which wasn’t really a surprise. However, the problem was with the circuitry, not the screen itself (which is the most valuable part). I listed it on Kijiji and ended up selling it within two days for 60$. Not bad! I’ve passed up on TVs before (largely because they take up so much space, and I had less room to work with at my old place) but I may take them going forward. At the very least I can flip them to guys like this for a quick profit.

I came across this spot with some interesting junk outside on Thursday night in Montreal West. 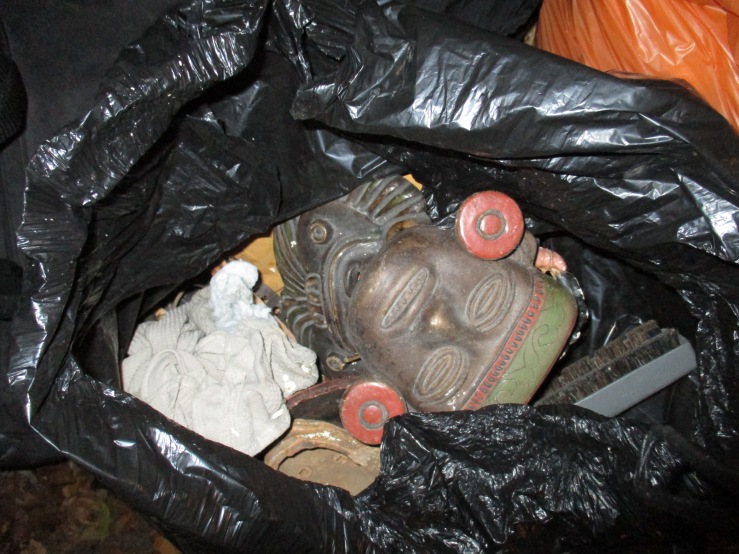 One bag held a bunch of clay masks, which I presume were bought during trips to Central America. 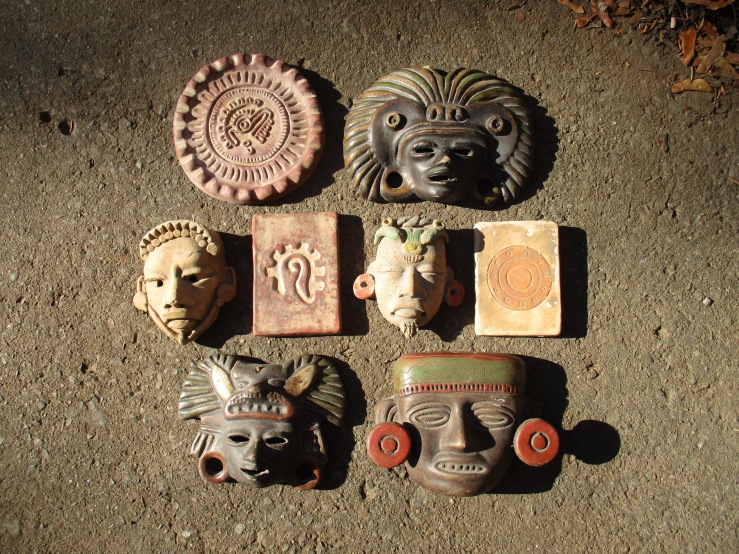 They look extra creepy when photographed in this light! 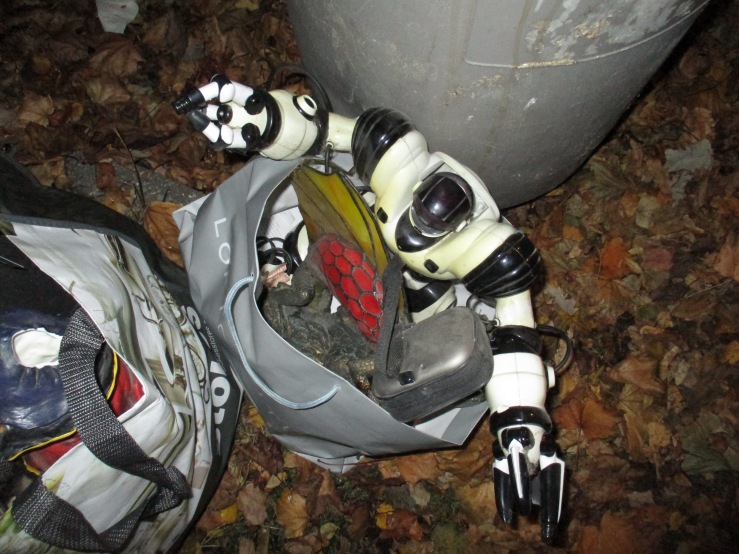 There were also a bunch of fantasy (mostly dragon) figurines. Many were busted, but a few were salvageable.

I gave this sweet stained glass dragon lamp to my sister. It fits her decor nicely! There are a few cracks to the yellow part of the stained glass, but it’s not at all noticeable.

I also saved this cool dragon figurine. It was made by Melody Pena of Windstone back in 1986. These are fairly collectible. In fact, mine just sold as I was writing this post for 75$! 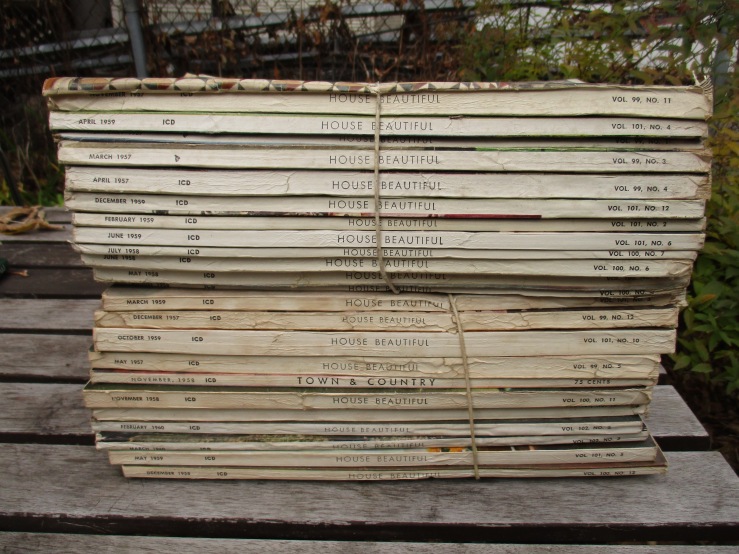 I’ve also been keeping an eye on this stately home not far from downtown. The place is huge and was likely built in the 1920s. Whoever owns it now is tossing out some interesting stuff. There were bags and bags of magazines, including stacks of House Beautiful and Town & Country, most of which were published between 1950 and 1970. 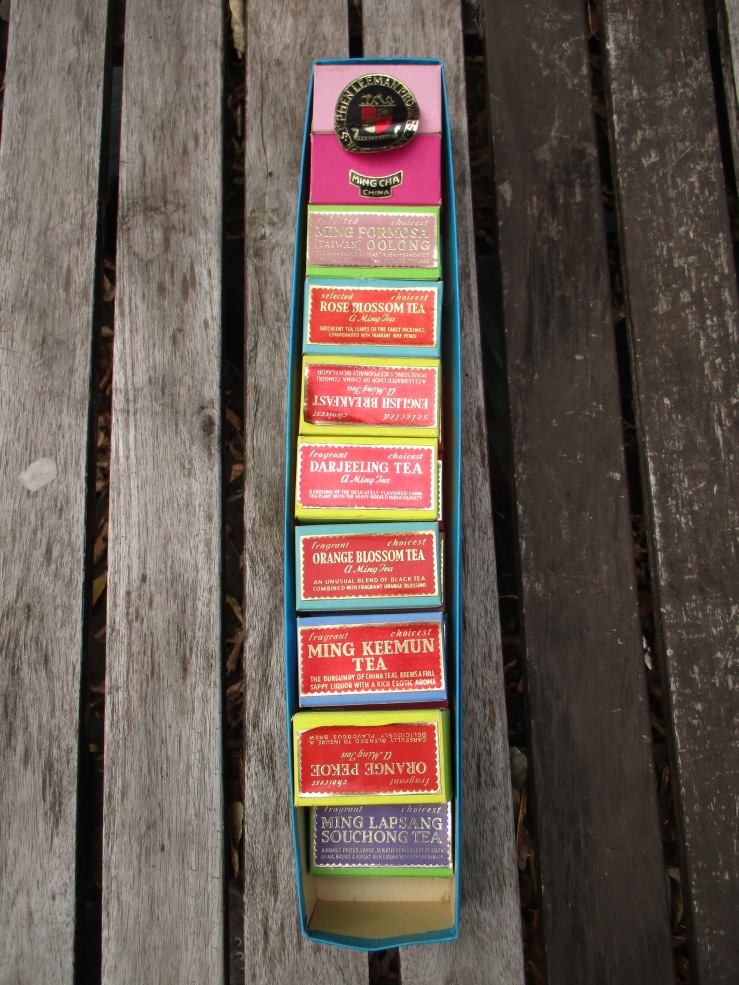 I saved a box of Birks teas which I’d guess were made in the 1950s. The teas aren’t good anymore, but the boxes are attractive. 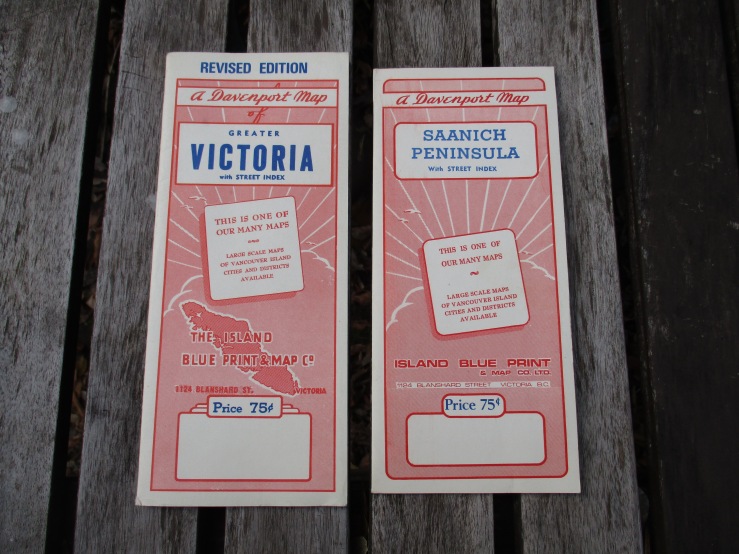 … a photography magazine featuring British women in various degrees of undress (this may sell for a decent amount on eBay);

… a box of shells in an old Oglivy’s box; 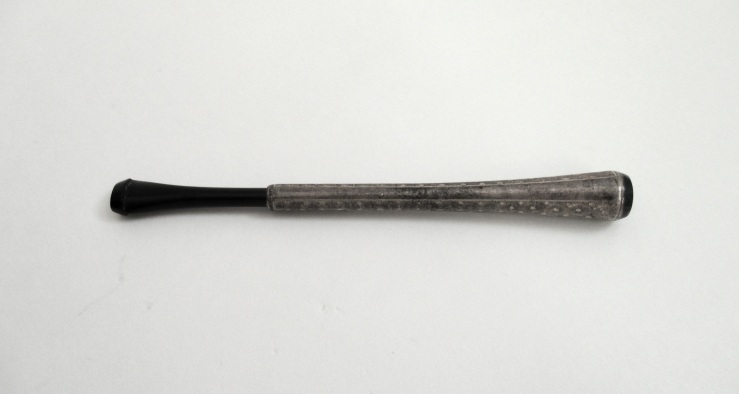 It’s marked as being made in Germany. I should be able to make a shiny penny from it on eBay! 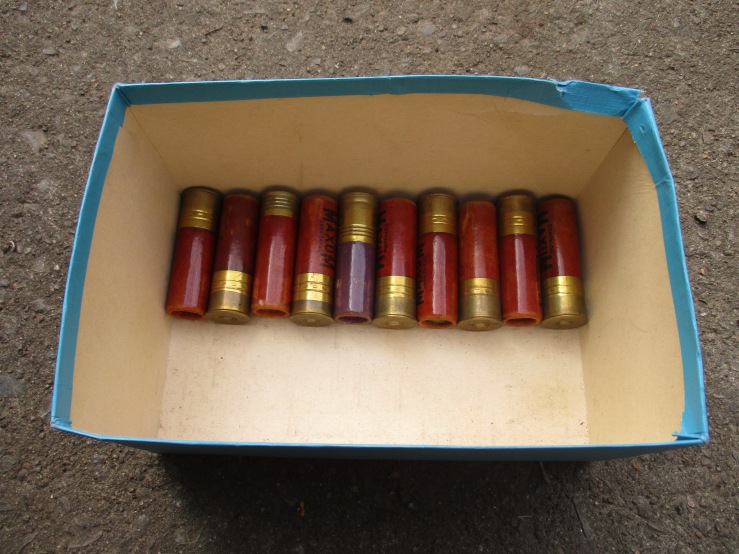 I made a couple of odd finds in front of this house as well. I pulled this box of bullets of out a black bag. The bullets are quite old, probably having been made in the 40s or 50s. I was a bit scared of them, not being an expert on how well munitions age (and knowing that old, though admittedly much larger shells have killed people in the past). However, putting them back in the bag for the trash collectors to crush didn’t seem like a good idea either. I thought it over and figured they were probably safe enough to take, though I drove home gingerly (and made sure to have them point away from me) just in case. 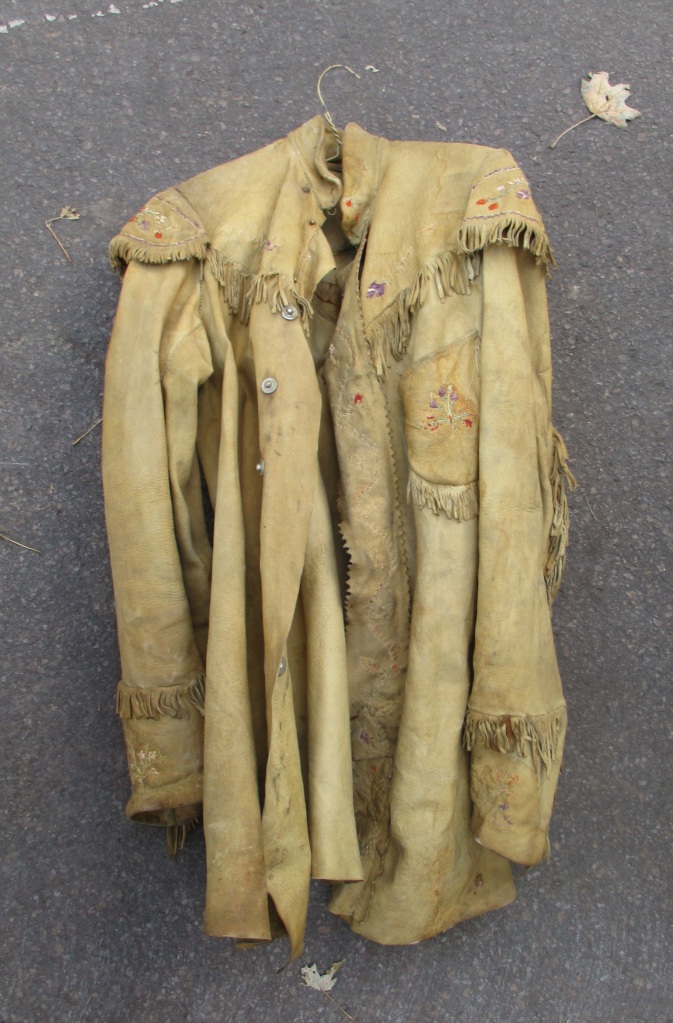 This old leather coat was also interesting. It’s in very rough shape (very stiff, dirty, and has a few rips) but I took it because it seemed somehow special. Specifically, I wondered if it had First Nations roots. A lot of Native Canadian history has been lost, largely due to the cultural genocide that occurred here over many generations, so I figured the coat was worth taking just in case it had some historical value.

I posted the coat to Reddit’s “What is this thing?” message board on the off chance someone knew something about it. To my surprise, someone (who is trained as a “Native American art curator of objects”, according to their other comments) chimed in. They said: “Aw, this is lovely! It’s a circa 1930s deerskin jacket in the style of an early 19th century hunting frock coat. It’s likely Cree or Cree-Metis – it’s embellished in a manner that has its roots in Santee Dakota style quillwork, but uses the silk floss embroidery that was being taught to Native women in southern Canada on the east coast and in the Prairie by French Catholic nuns as a kind of mission civilacitrice.”

This person seems to have legit knowledge of the coat. Unfortunately they didn’t reply to my last comment asking if it still had historical or monetary value given its condition, and if so who or what organization might have interest. I’m pretty busy right now trying to get some publications ready for Expozine this weekend (come by in you’re in Montreal!) but maybe I can research it more when that’s all done. In the meantime, if anyone has any information about the coat let us know in the comments! A few more close up shots are below.

Otherwise, I saved a large vintage VW bug toy made by Tonka (NDG); 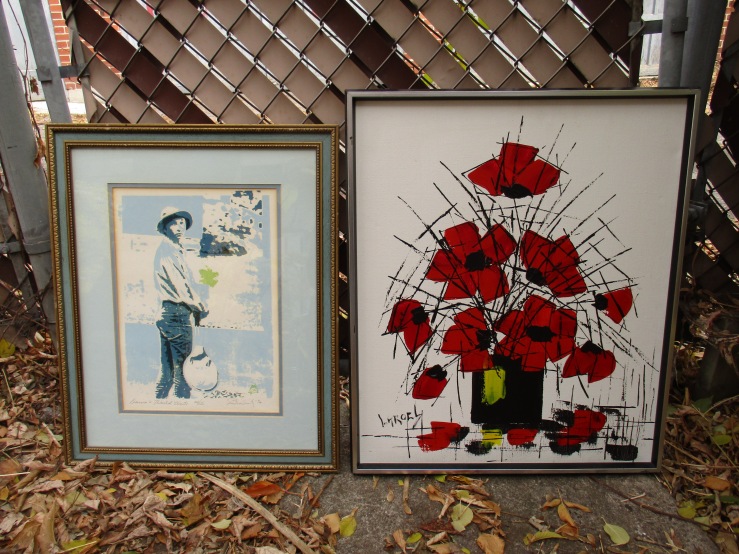 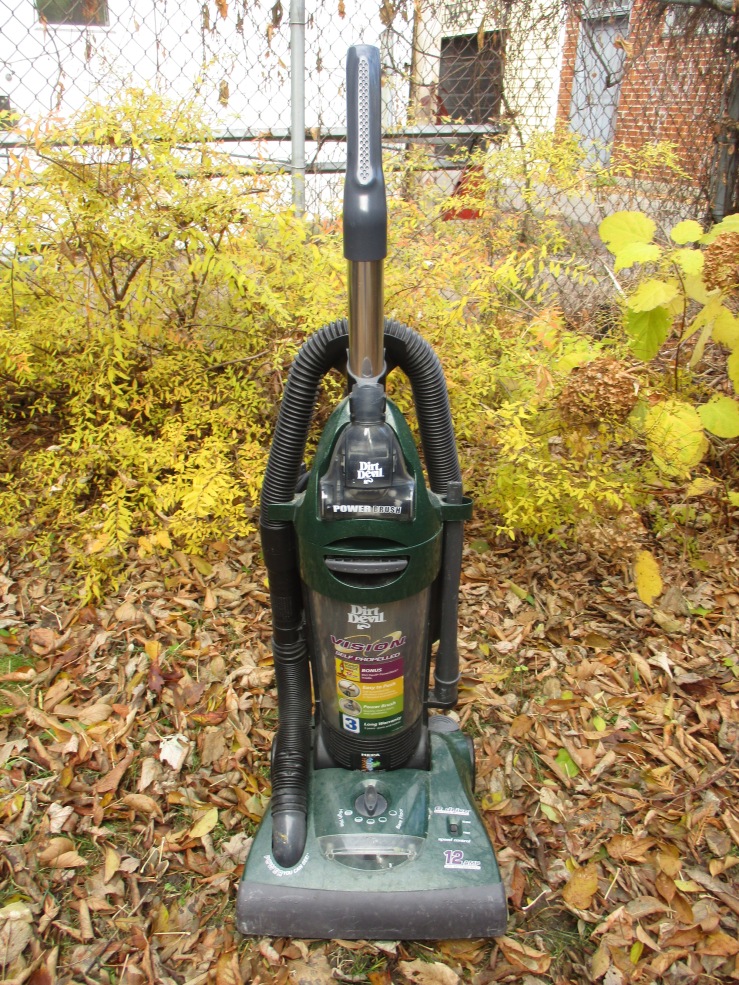 … and a vintage Peugeot bike. I found it in Ville St Laurent on one of their heavy garbage days. It looked like it had been sitting unused in the basement or garage for many years. It had two flat tires and an ugly seat but otherwise seemed fine. I figured it needed new tires and inner tubes, but they actually still hold air after all these years. The bike would actually be pretty decent for trash picking: the diagonal women’s frame makes it easier to mount and dismount (something you do often while picking) and it already has a nice rear basket holder. I’m going to give it a try, and if I like it I’ll keep it for myself!