I went out to TMR this morning and made a few good finds. I talked yesterday about staying loyal to a spot for a period time after I find something cool but today was odd in that some places I had long given up on produced once again. This place on the left, for example is where I found the newspapers from the end of World War II (and more) in mid-October. Since then, however, there has been nothing of interest.

One of the boxes was full of old books, including this set of “Times Encyclopedia and Gazetteer” encyclopedias from 1930. There’s one missing, unfortunately – if I’m lucky it will appear sometime in the near future. Still, the design is beautiful and the content is interesting.

Some more books, including an incomplete but nice anthology of the works of Honore de Balzac.

The nicest of that bunch might be the one on the right, a 1874 copy of The Forms of Water by John Tyndall. It’s still in quite good condition.

Another box contained a bunch of good wool. I’m sure I can find someone who’ll want to use it!

There were also a couple of portable phones that seem to be in good working condition, though I have no landline so I can’t test them fully. I’m sure they’re fine though.

Here’s another spot where I found some interesting old stuff, though I don’t think I ever wrote a post about it. There was a dinner tray on top of the pile which I brought home. 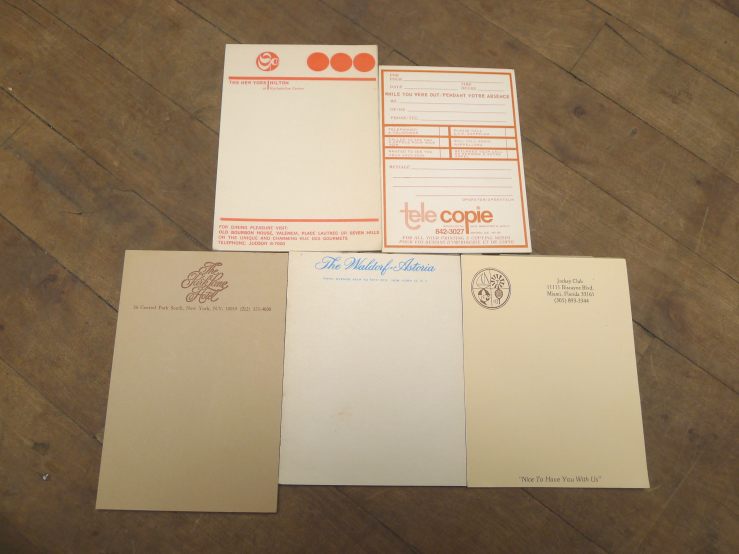 Inside one of the bags were these notepads from 1960s-1970s hotels. Nothing too crazy, but I’m sure people would pay me 50c each for them at a yard sale.

Also inside were these old books. They’re not in very good shape but the one on the right is notable: it was published in 1803, making it the oldest book I’ve found thus far in my garbage picking career, beating the 1815 New Testament I found by 13 years. The text itself is in decent shape (though the pages are fairly warped), it’s mostly the cover that’s in poor condition.

The inside of the books. 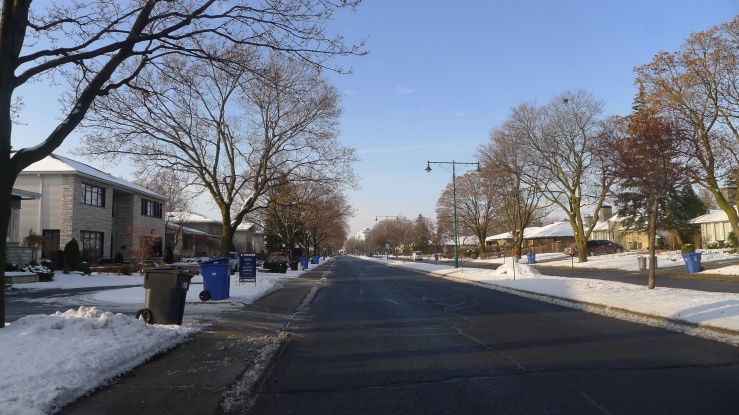 The house for sale on the left gave me the remainder of my finds.

I found two reasonably modern digital cameras, one in the recycle bin and one in the garbage (whoever put the bins out had no idea when it comes to sorting). I didn’t find the chargers, unfortunately, but I’d bet on them working well as they’re both in very good cosmetic shape. They also came with little cloth bags.

These sticks, which seem to be used for fortune telling of some kind, were held inside this wooden container. There’s 38 in total, and unless there’s supposed to be more I have them all. Definitely yard saleable! 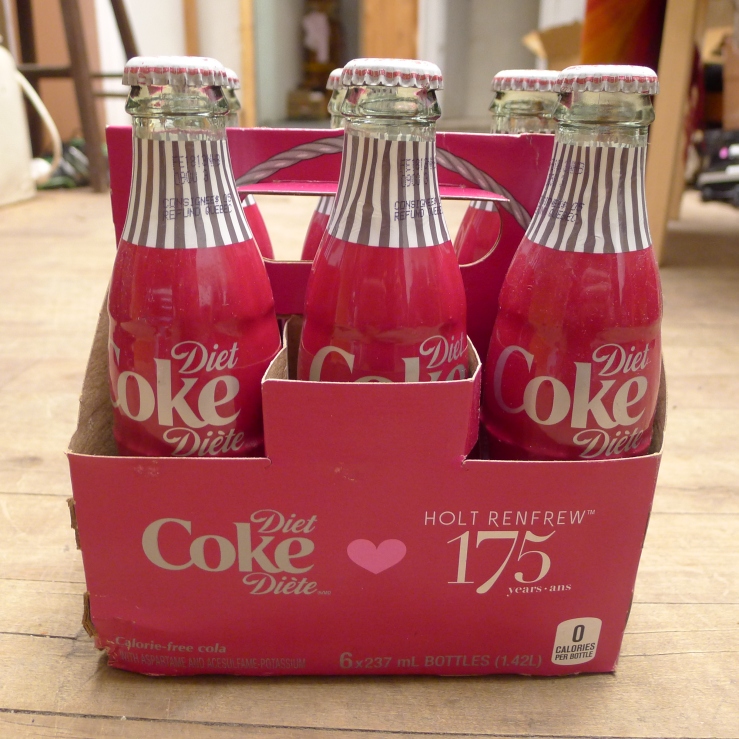 The last for today is this 6-pack of never opened Diet Coke bottles. They were made to commemorate the 175th anniversary of the Holt Renfrew, a chain of high-end department stores here in Canada. They originally sold for 6.99 but now people online are trying to sell them on Ebay for around 6 to 20 bucks a bottle (with limited success). I don’t think I’ll bother with that, though. If they were regular coke I might drink a couple, but since they’re diet I’ll give them to whoever wants them.

That’s all for now! I need to take a nap. I’m going to consider checking out a part of Ville St Laurent tonight, it’s a bit far but it’d be interesting to see. Regardless, I’ll definitely be in Rosemont tomorrow morning to see if I can find anything where I came across those nice old books last week.

18 thoughts on “The Gazetteer”