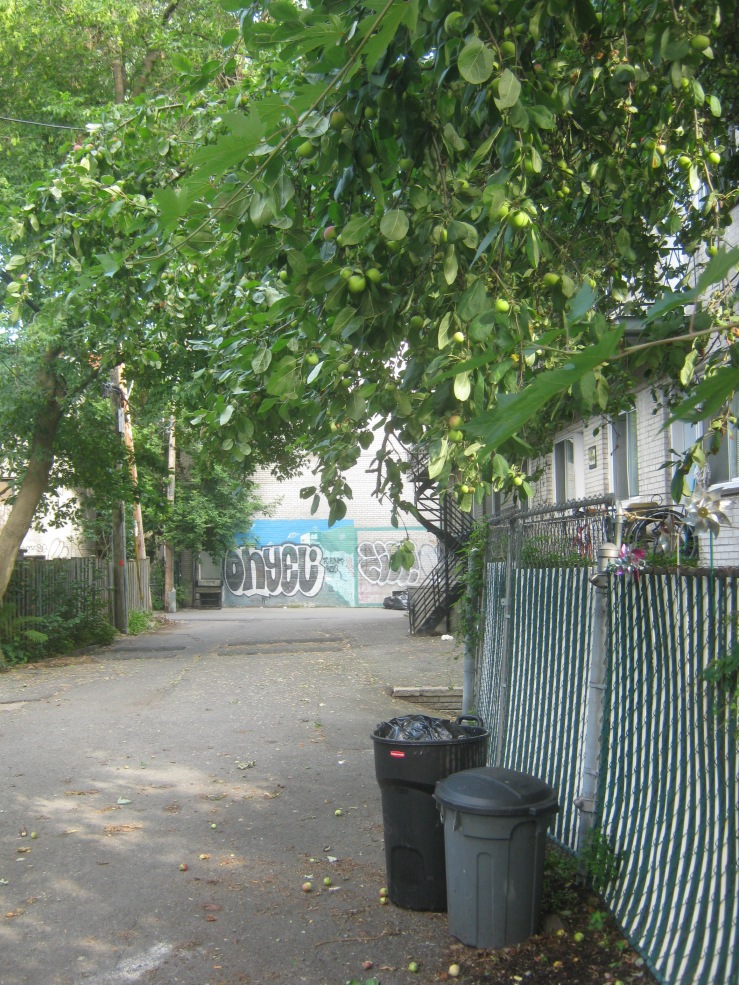 This morning’s three hour journey through Villeray and Central Rosemont provided little in the way of good finds. I came out with only a modern oil lamp and a plain but nicely hand-crafted stein. Nice pieces to be sure, but nothing to write home about.

I think I figured out the case of the disappearing garbage: Rosemont has a new composting program which has significantly changed the garbage collection schedule. In most cases one of the formerly two garbage days are now composting days. This might actually benefit me as there should be less kitchen waste on the curb and more “good” trash out on the actual collection day.

Most of the alternate trash days appear to be later in the week, so starting Thursday I hope to once again make some good Rosemont finds. 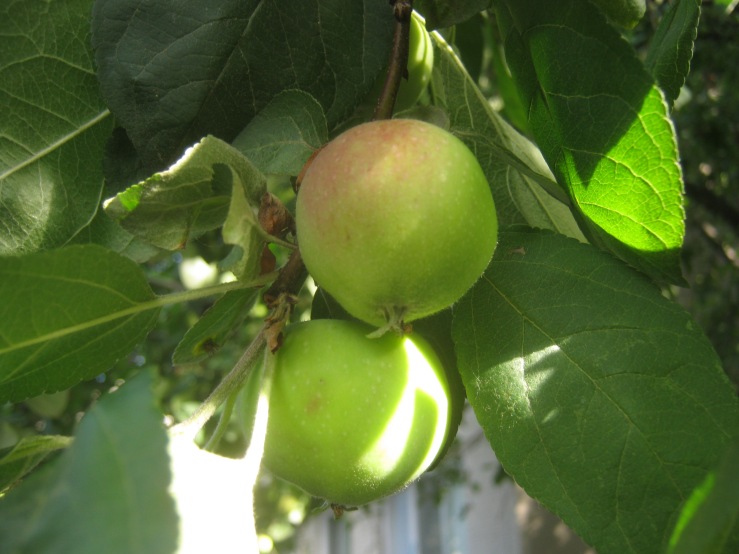 Now that it’s wild apple season I’m able to indulge in some free, tasty treats while on the road! Apple trees are plentiful around here and I already have a few favourite trees I know to visit. I’ve also seen some pears and grapes which should be ready in the next few weeks. It’s a nice and unexpected perk to summer trash picking. 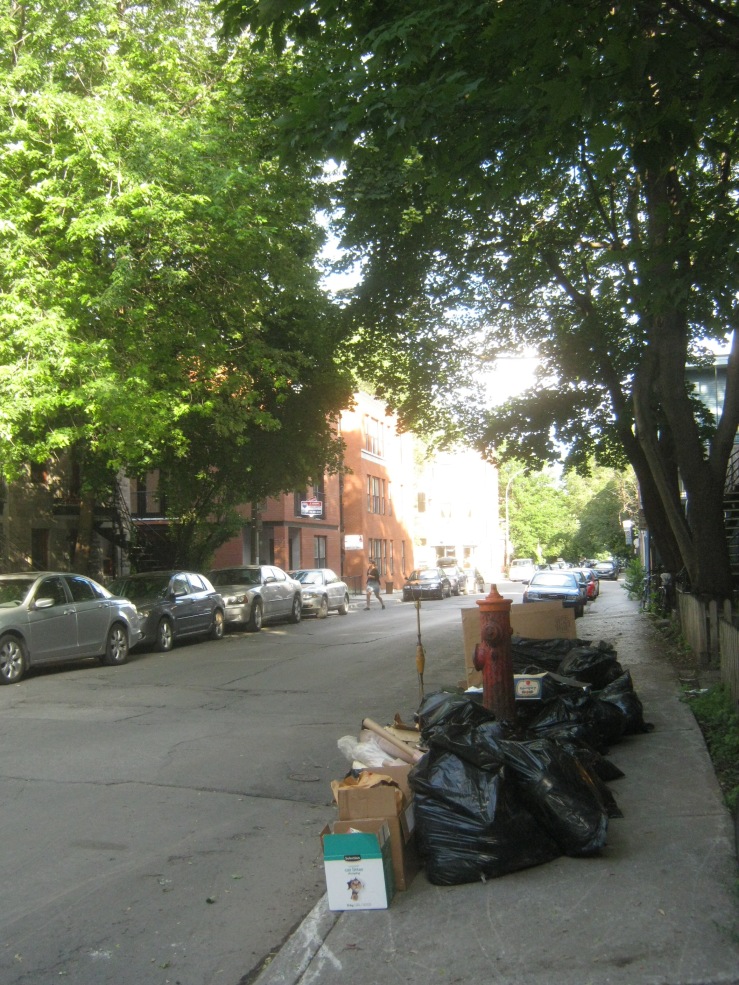 My evening run through the Plateau was fairly dry as well. The only interesting thing I found was in this pile on Cartier. It seemed like an older person’s stuff. I saw nuts and bolts in old jars, a newspaper from the days of Expo 67 (which was unfortunately in poor enough condition to not be worth taking), and empty vials with the symbols of chemical compounds printed on them. Sort of interesting to look through but in the end this stuff was mostly junk.

I took the nuts and bolts as well as this framed photograph. It looks to be one of those hand-coloured photos from back in the day. Hand-colouring dates back to the beginnings of photography but the “golden age,” according to wikipedia, was from 1900-1940. I’d guess this picture is from that time period. It measures around a foot high, definitely bigger than your average photo. The edges are intentionally blurred and the colouring is almost cartoon-ish. The combination makes the picture look a bit dream-like.

I’m contemplating going to Verdun later tonight or tomorrow morning to check out a trash day there. It’s the end of the month so if I’m going to go way out my way for trash now is the time.

3 thoughts on “The hand-coloured life”