I found a box of Mexican beers in a black bag on rue Esplanade. 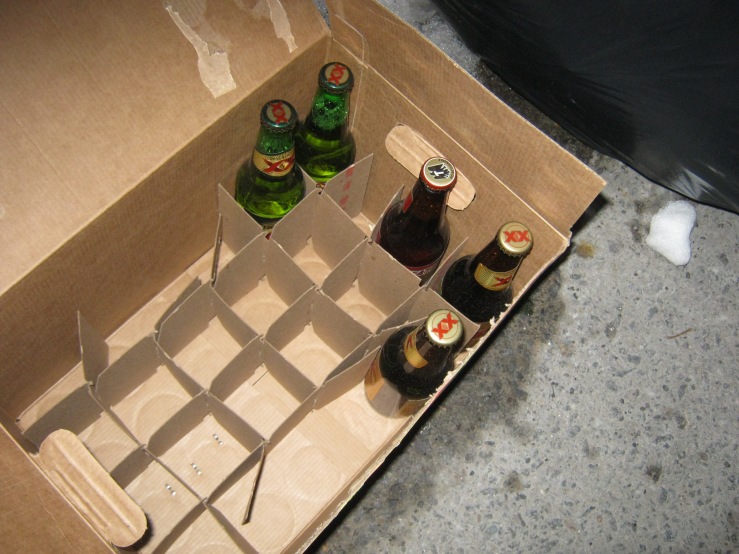 Inside the box were five full beers! Most are Dos Equis and one is a bottle of Tecate (which I’ve never seen in Canada).

No idea why they were thrown out; even if they’re on the old side they’ll still be fine – just a bit funkier. Maybe they don’t like these Mexican beers.

Honestly: I probably won’t drink these. I’ve become quite the beer snob over the years and if I have a choice I’ll buy a good microbrew any day. Being Christmas and all I figure they’ll end up Christmas gifts from my roommate. They definitely won’t go to waste!

UPDATE: The beers were skunky but my roommate drank them anyways.

I pulled these dishes out of the bags in the picture above. I left it all (except the baking pan – I can use that) by a bus stop on St Urbain. Hopefully it gets a good home. There were a couple of nice plates, two bowls, some cutlery and a set of mugs and saucers for espresso. There was also a container of markers. 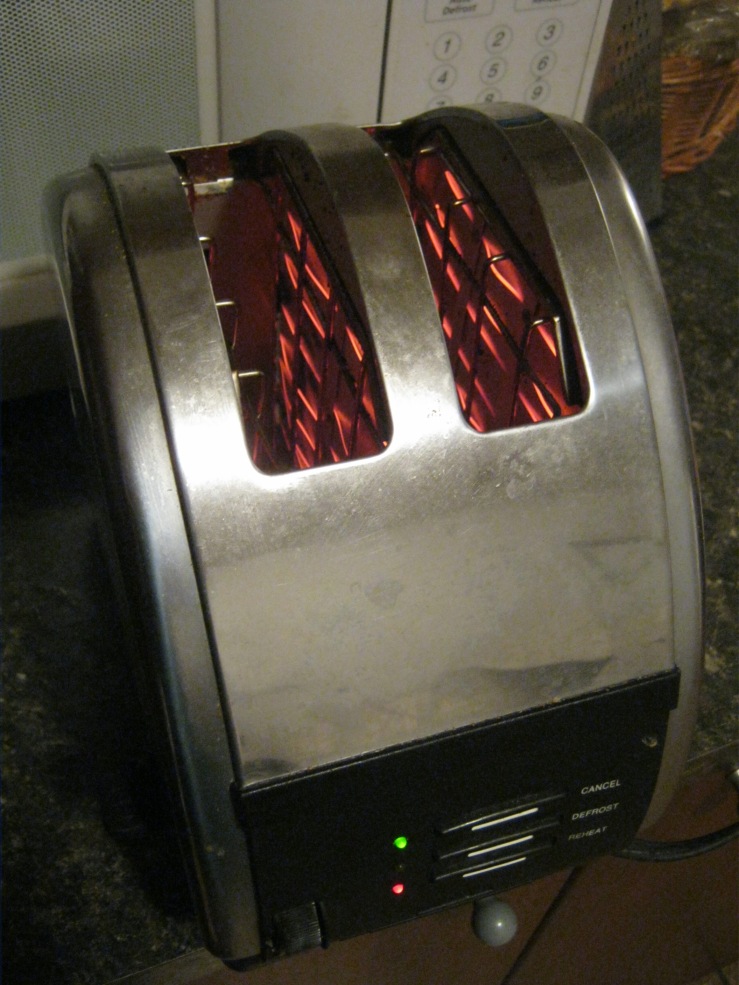 Finally – a working toaster. I found two bags on St Urbain that were full of food stuff. It all looked okay but there wasn’t really much worth bothering with. Inside the bag as well was this toaster and a little George Foreman grill.

I took the toaster; I had a feeling that it would work based on the contents of the bag. It seemed like someone just cleaned out the kitchen. I brought it home and it worked. It’s actually pretty clean too. I gave it a scrub after taking this shot so the steel is nice and shiny. It’s good timing because I haven’t had a toaster for a while and I’ve been getting sick of that state of affairs.

UPDATE: the timer is off on the toaster. I have to depress the lever three separate times to get a good piece of toast. Nonetheless I’m still pretty happy about it – it’s way better than using the broil on the oven.

That’s all for now!